Laundry is a battlefield

Every country seems to have its own technology for washers and dryers. Most washers in the US seem to be top-load, although front load is becoming more prevalent, and dryers in the US all have an external exhaust system.

So what happens when one country tries to be as environmentally-friendly as possible when it comes to doing laundry?

In my experience, it becomes a battlefield. And I’ve decided that our washer should henceforth be called Braveheart and our dryer dubbed FUBAR (F-ed Up Beyond All Recognition).

Braveheart is a lot smaller than machines in the US. But do you think it stops me from trying to cram as many clothes as possible into it? Of course not.

Braveheart is a front-load machine, which sounds convenient, but the first noticeable difference is that the machine is on the ground and not the most accessible to me. It is, however, very accessible to a baby, which is why he shouldn’t be downstairs while I am doing laundry.

Since everything is in German, we finally just selected one. I’ve pretty much used the same cycle since I’ve moved here, regardless of color or fabric type.

Using the same cycle, however, has obviously worked to my detriment.

The last time the baby was downstairs while I was doing laundry, either I, being in such a hurry, or the baby accidentally threw an angora sweater into the machine; my first felting job without even trying.

It was an awesome angora sweater.

The day before yesterday I tried to wash two micro-fiber sheets. Not only did two sheets not really fit into the machine, but after the two-hour cycle they were supposed to be done in, I opened the door to find a soapy mess still dripping with water.

This is about the time I screamed for help. I’d had it! Not to mention the last time I tried to wash these sheets, Braveheart started spitting soap out at me.

It was at this point that Kay informed me to just use the “blah, blah, blah” cycle. Grrrr! It worked to remove the soapy mess of sheets, but nice to know now.

The water in Krefeld (where we live) is extremely chalky, so we now also add de-chalking tablets in order to protect the machine.

Not so long ago we had a major malfunction, which involved Braveheart stopping and locking the machine door.

After a few hours of being unplugged, we were able to open the door (water naturally gushed out). Neither Kay nor I am handy with machines and it was actually my mother-in-law who figured out the problem.

There was a coin in the machine that came out of this do-hicky on the bottom right of the washer… along with more water.

Hopefully you can now understand why the washer is called Braveheart; it is somewhat abused and isn’t afraid to retaliate.

Throughout the cycle, we have to make sure to be home and listen for the water pump (Rocky) since sometimes Rocky jams and requires a quick punch to the lid. While this is annoying having to go all the way downstairs, I do find some pleasure in kicking the crap out of a plastic box.

When the load is finally complete, it’s time to sort through the clothes and determine which go into the dryer; FUBAR and which should be hung. By the way, we are fortunate to have a FUBAR; many people living in apartments/flats do not have this luxury. Plus the washing machine is in their kitchen.

Call me high maintenance, but towels and sheets must go into FUBAR… as do socks and underwear since crispy towels are no fun, and in the summer, undies hanging outside are not only disturbing to look at in public, but so light they just might be Gone with the Wind.

And so the fun begins again trying to translate settings on FUBAR.

It really doesn’t matter which setting you use; dryers here don’t really dry much of anything anyway.

It takes just under three hours to dry clothes. And no, it has nothing to do with the amount of clothes I am trying to cram into the dryer. You hang most things anyway. I don’t care how much or how little is put into the machine, it takes forever.

Top 10 things to know about doing laundry in Germany 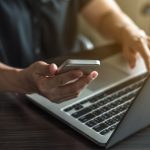 The truth about Germany’s customer service

Guide to recycling bottles in Germany

Germans, the wind, and the windows 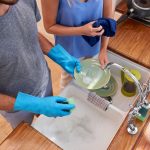