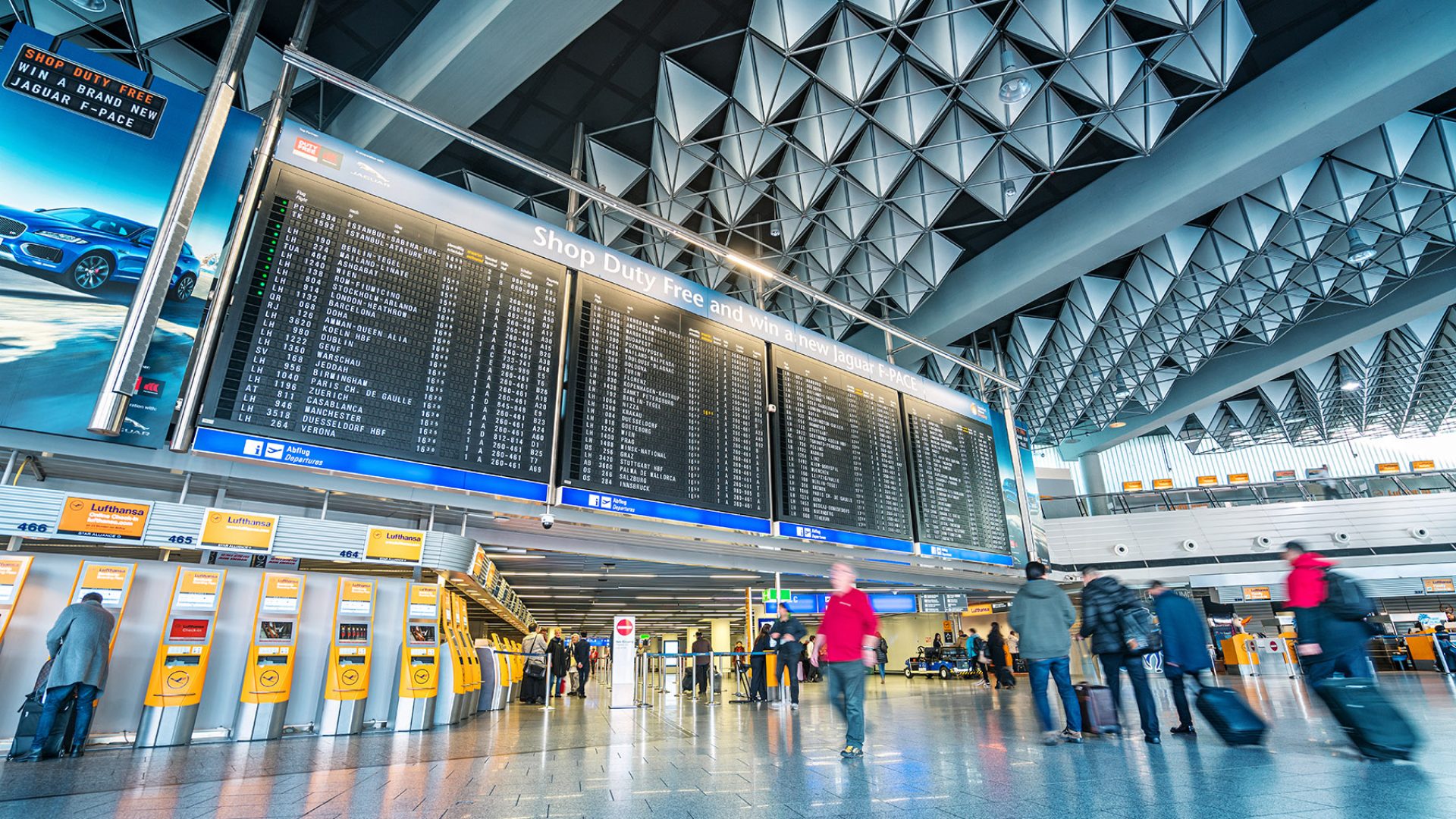 10 things to do in Germany in your first week

Home Living in Germany Cultural Integration 10 things to do in Germany in your first week
Last update on July 23, 2020
Share

Once you have moved to Germany, then what? There are several official matters you must organise in your first week, and it also helps to start assimilating into the German lifestyle early on – at the very least, knowing that shops close on Sundays so you don’t end up with an empty cupboard. Certain registrations are mandatory, including immigration and health insurance. If you get organised at the outset of your move to Germany, you can concentrate on the more enjoyable parts of your German adventure. Follow this checklist of the 10 main things to do in Germany in your first week.

1. Mandatory registration with the local authorities

Anyone living in Germany is required to register (anmelden) their address on the population register, as well as deregister (abmelden) if they move. Make registering with the local authorities a top priority, as by law you have to do this within seven days after moving into a permanent address. If you’re living in Rheinland-Pfaltz, you have to register immediately. If you have to collect or apply for a residence permit, you can register when you go to your local Aliens Authority (Ausländeramt), usually at the city hall (Bezirksamt or Rathaus).

If you have any query about registration, residence permits or other official documents (like a driver’s licence), you can call 115 for help (in German) or look for an official office here.

Remember too, that in Germany you need to carry proof of identity with you at all times – that’s your passport or ID card (original, not a copy).

Read more in Expatica’s guide to Germany’s immigration and residency regulations for foreigners.

If you’re going to be paid an employee salary or pay rent on an apartment, you’ll typically need to know how to open a German bank account as soon as possible. In today’s digital banking world, it is also possible to open a bank account online or by contacting a branch before you arrive.

If you’re going to be working and paying tax, then you must also get a lohnsteuerkarte (income tax card) from your local registration office. It will have your steuernummer (tax number) on it and a tax classification. For more information, read how to navigate the German tax system.

If you’re working and paying German social security contributions, then you’re also insured against illness, unemployment, accident and the need for long-term care. You might, however, consider taking out liability insurance against accidental damage and injury, as well as household insurance. Read which insurances in Germany you need.

It’s also advised to find and register with a doctor (hausarzt) or dentist – either by recommendation (colleague or neighbour), a website or the gelbeseiten (yellow pages) – before you need one. You can find information on doctors and other healthcare in Expatica’s guide to the German healthcare system.

You should also take note of German emergency numbers, all which are toll-free within Germany:

4. Get settled at home

Utilities
Make a note of all meter readings as soon as you move in. If your landlord is not taking care of the gas, electricity and water, you’ll have to set them up yourself or try to have the previous tenant transfer utilities in your name. Find out how to connect to utilities in Germany.

Telephone
It can take a few weeks to get a landline and internet connection, so it helps to sort this out before you move in or as soon as possible afterwards. Read about signing up in our guide to telephone and internet options in Germany.

Investigate a German SIM card for your mobile (called a handy). If you’re going to be making a lot of calls within Germany, it will be much cheaper.

TV, radio, internent licence
As from January 2103, you need one licence for all the devices – radio, TV, internet – in your home, and only one person in the household has to be registered. You can apply for a licence online. You can find more information on television and radio channels and the required licence in Germany.

Post
Make sure that your name appears on the mailbox and doorbell immediately, or post won’t be delivered. You don’t need to register with the post office. You might also consider having your mail redirected from your home country.

House rules
Residential lifestyle in Germany is typically peaceful as a result of several regulations:

5. Introduce yourself to your neighbours

If you’re feeling brave, knock on your neighbours’ doors or at make the effort to say hello to neighbours when you’re out. It’s one way to get to know people quickly, practise your German­ and open up your possibilities to you meet someone you really click with. Remember to use the formal sie rather than du when you meet strangers or older people, and greet with a handshake not a kiss.

Most shops close on a Sunday, apart from local bakeries – and on that subject, try the bread: there are more than 300 varieties. Out-of-hours you can buy basic foods from shops in railway stations, fuel stations and street kiosks.

Take a stroll around your neighbourhood to discover the location and opening times of local shops, check out what they’re selling (and treat yourself to some wonderful German chocolate like Ritter Sport or Stollwerck) and pick up any shop discount or loyalty cards – Payback and HappyDigits are two of the main ones.

Check out local sports facilities and transport links and work out how long it takes you from your home to the bus or tram stop or anywhere else you’ll be going on a regular basis.

Jump on a tram, bus or train
Buying a day pass can be a fun way for newcomers to explore the city by the window of a tram, or try out different lines to see where you end up. While you won’t be asked for a ticket before jumping on the train, it’s important to know there is a system in place and you can be fined. Read about German public transport.

Rent a bike
Use pedal power to discover your new home. With dedicated bike lanes you can cycle quickly and safely to your destination in Germany. You can cycle on all roads, except the autobahns. Most towns and cities have a bike hire, often near the main transport station.

Driving
If you’ve got a car, or can hire one, take a drive out of town to explore the countryside. You can discover medieval villages, fairytale castles, magnificent palaces, forests, lakes and mountains, monasteries, vineyards, rustic restaurants, biergartens… and many more tempting sights to learn more about your adopted country. Read about driving in Germany to familiarise yourself with German road rules before you go.

8. Enrol in a language or integration course

If you want to find out about everyday life and German culture, politics, and values, or improve your German language skills, you can enrol in an official integration course. They usually consist of 600 hours of instruction (at just EUR 1.20 per hour) with courses for specific groups of people and a free exam at the end. In some cases, you may have to take a course as part of your residence permit. For more information, see here.

In the meantime, tune into Deutsche Welle, a German radio station with information for foreigners on all aspects of German life and free intensive language courses. Otherwise, there are also many language schools to help you learn German in Germany.

9. Eat and drink your way through Germany

Grab a beer – and a snack
Head to a leafy biergarten – or bierkellar (beer cellar), weinstube (wine bar) or brauhaus (brewery pub) ­– and enjoy a stein of German beer, an important part of German culture. Germany ranks around third in the world’s top beer-drinking countries (around 115 litres per person/year), and in Bavaria, weizenbier (wheat beer) is even part of the traditional breakfast.

Besides wheat beer, look out for old beer, dark beer, light lagers, pilsner, smoked beer and more. Chat to the bartender or locals to get recommendations on local beers, good places to hang out or even make some new friends. There are quality places to drink (and eat) almost everywhere; if you’re in Munich, seek out the Hirschgarten, while Berlin’s oldest is the Prater Garten and and in Cologne find a brewhouse for some Kölsch – but beer also is drunk openly in parks and on the street.

On your way home, stop off at a street stall and sample some currywurst (sausage served with a spicy ketchup), a brezel (pretzel) or a Turkish doner kebab. Get the lowdown on German cuisine plus recipes to make yourself.

Indulge yourself: kaffee und kuchen
A German tradition to try in your first week is kaffee und kuchen (coffee and cake). This is so much more than a warm drink and delicious German pastries and cakes; it’s about something called geműtlichkeit – a sense of relaxed cosiness and wellbeing. Nearly every café will serve kaffee und kunchen around 3pm or 4pm. Café Einsten Stammhaus in Berlin, the Cafe Niederegger in Lűbeck, or Zum Arabischen Coffe Baum in Leipzig are particularly good.

Catch a match
Fussball – or football – is the national sport, with Bundesliga, the top-level football league, having the highest attendances of any professional team in the world. Bayern Munich is the most successful club (winning the title more than 20 times), but other top teams include Borussia Dortmund, Hamburger SV and Vfs Stuttgart. The season runs from August to May, with most games played on Saturdays or Sundays.

Buy a German newspaper
Go to a kiosk and buy a copy of the news magazine Der Speigel, famous for its investigative journalism. Germany’s got a very good selection of daily and weekly magazines and newspapers, so have a browse and see what takes your fancy. Cities like Berlin and Munich will have weekly ‘what’s on’ city guides too.

Dive into German politics
With Germany as the economic head of Europe, politics in Germany play an important part on the international scene. Read about the main German political parties and what their abbreviations mean.

How to get a German SIM card and mobile phone number