Cost of living in Germany: how much do you need? | Expatica 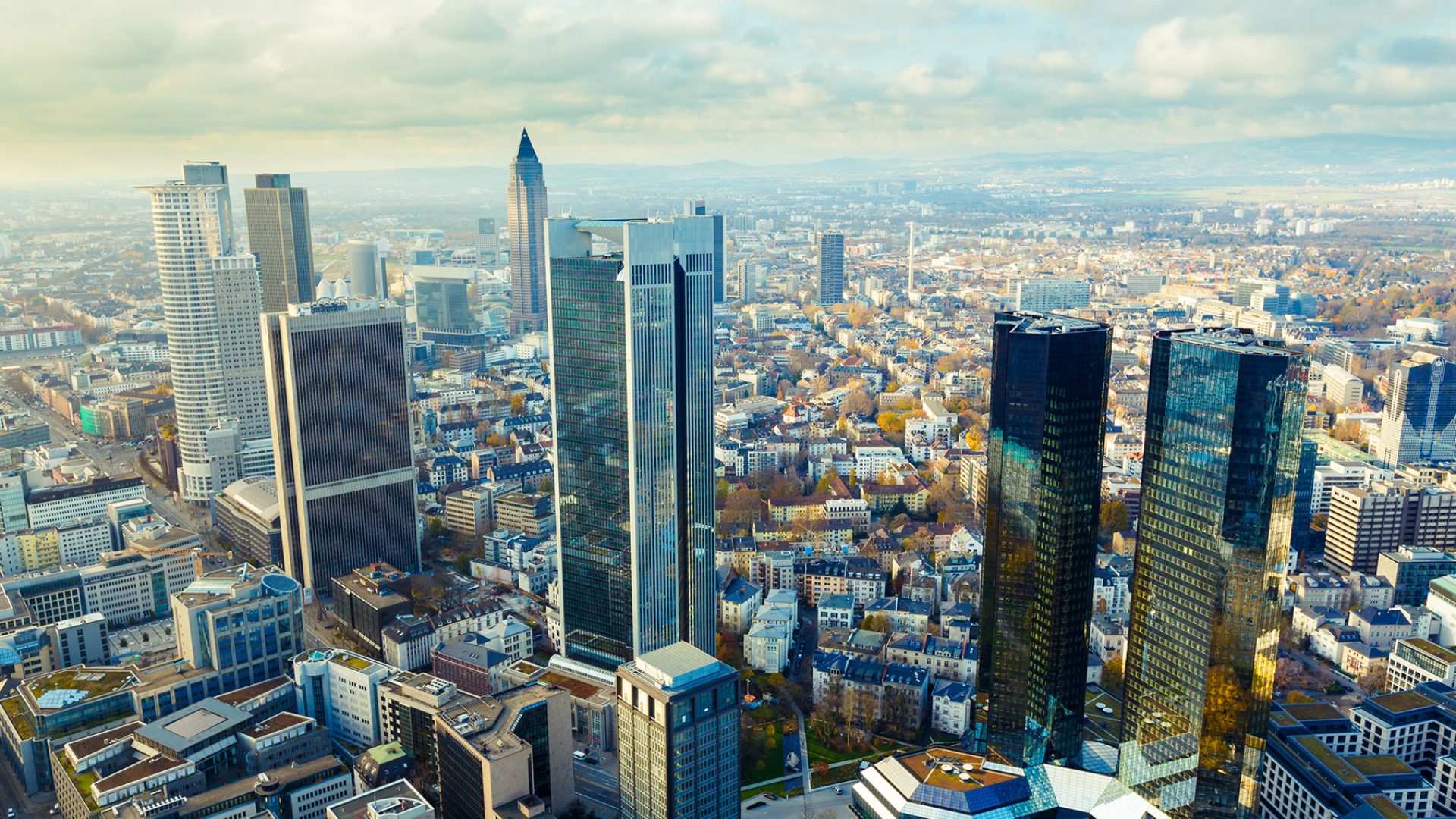 Home Moving to Germany About Germany Cost of living in Germany: how much do you need?
Last update on February 03, 2021
Share

The cost of living in Germany is fairly reasonable compared to other countries in western Europe, although it is more expensive than its eastern European neighbors and many other parts of the world.

Germany’s standard of living, public transport, healthcare, and education systems are excellent and shopping bills in major German cities are often significantly less than other major European cities, resulting in the cost of living in Germany being lower than major European cities such as Paris, London, Rome, Brussels, and Zurich. In terms of quality of life and well-being, Germany ranks above average in the OECD Better Life Index.

The cost of living in Germany naturally depends on your lifestyle and the city, or area of a city, in which you live. This guide provides an overview of the costs of living in Germany, including average costs for housing, groceries, education, health insurance, public transport, and more.

This guide to the cost of living in Germany includes:

Cost of living in Germany

According to the Federal Statistics Office, the household expenditure in Germany averages €859 a month, with Germans allocating around 36% of their consumption budget to housing, energy, and maintenance.

On average, you should expect to pay from €7–€12 for lunch in an average bar, café, or restaurant or up to €5 for a sandwich or bakery snack. A cup of coffee is around €3–€4.

Standard of living in Germany

The standard of living consistently ranks well in Mercer’s Quality of Living Survey, due in part to the cost of living in Germany. In 2018, seven German cities featured in the top 30, three of which were in the top 10: Munich (3rd), Düsseldorf (6th), Frankfurt (7th), Berlin (13th), Hamburg (19th), Nuremberg (23rd), and Stuttgart (28th).

Munich and Frankfurt were also ranked as having the world’s second-best city infrastructure (after Singapore), with Düsseldorf in fifth place and Hamburg in ninth position.

Cost of living in Berlin

Berlin is one of the best value capital cities to live in Europe, although an influx of expats and creatives in recent years have influenced rent prices.

It is becoming more difficult to find reasonably priced housing, particularly in popular and central Berlin neighborhoods, although the cost of living in typically lower in Berlin’s suburbs.

The cost of living in Berlin is estimated to be:

Cost of living in Munich

Munich‘s cost of living is among the highest in the country, although the city offers many facilities as the capital of Germany’s southern state of Bavaria.

Munich’s cost of living is estimated as:

Cost of living in Hamburg

Cost of living in Heidelberg

Heidelberg is a city revolving around the university and scientific research, while also being a favorite among visitors for its riverside location and historic town center. Living in Heidelberg offers a mix of old and new, located around 90km south of Frankfurt.

The cost of living in Heidelberg is estimated to be:

Cost of housing in Germany

General housing costs in Germany are fairly high, but vary considerably depending on the type of property you choose and the area in which you live; some areas offer better deals, for example, suburbs around Berlin. There are no restrictions on expats buying property in Germany.

The cost of buying property in Germany varies wildly. For example, house prices in Berlin have increased significantly in the last couple of years, with a 15% increase in 2018, putting average prices at around €3,900 per square meter.

Generally, Bavaria is significantly more expensive, with the same house in Bavaria costing up to three times as much as neighboring southern cities. In Munich, for example, properties now cost as much as €6,300 per square meter.

In general, average property prices per square meter for major cities are around:

Renting a home in Germany

Most expats rent in Germany. When looking for rental apartments, it is important to understand the terminology in advertisements. If an apartment is advertised as four rooms, it will feature two bedrooms, a living room, and a dining room. Kitchens, halls, and bathrooms are not classified as rooms.

The most expensive German cities to rent are Munich, Frankfurt, Berlin, Düsseldorf, and Hamburg. The lowest housing costs in Germany are Bremen and Leipzig. Below is an idea of average monthly rental costs for a 120 square meter apartment in Germany.

The easiest and quickest way to find a rental apartment in Germany is through an estate agent (Immobilienhandler). By law, handling fees for estate agents are the responsibility of the landlord so check how these fees are to be paid before signing a contract. Rent charges are paid each month. Utility costs, television, broadband, and waste disposal are typically charged separately.

Germans pay almost twice as much per kilowatt of power than residents in the United States, yet pay less overall in utility bills. due to energy-efficient appliances and tactics to cut down gas and electricity consumption.

Utility bills in Germany are sent quarterly.  The average energy costs of living for one person in a 45 square meter studio in Berlin averages around €95–€120 a month. In general, you can calculate utility costs at a rate of €2.50 per square meter.

Numbeo estimates average monthly utility costs – including water, gas, electricity, and waste disposal – for a 90 square meter apartment to be around:

Like in many other parts of the world, utility bills for gas and electricity in Germany are changing due to the transition to renewable energy. Although renewables may reduce the utility bills, green taxes could mean you end up paying more.

In addition, monthly internet in Germany is around €30–€40 depending on the package you opt for. Service providers also include a fixed landline charge. An additional living cost in Germany is the mandatory German television and radio license.

Cost of public transport in Germany

Public transport in Germany is of an exceptionally high standard and reasonably priced in comparison to transport systems elsewhere in Europe, which can help further reduce the cost of living in Germany.

Prices range from €60–€90 a month depending on the city in Germany. On average, a one-way ticket is €2.70–€4 depending on the number of zones covered. InterCity trains sometimes have special offers. If you commute to work, you can buy a BahnCard for reduced rates. You can also use the BahnCard on buses.

Buses are slightly less expensive, but fares depend on the distance you are traveling. Like most countries, you pay bus fares on the bus rather than buying prepaid tickets, although monthly travel cards cover buses as well. The public transport system is well policed. Passengers without valid tickets face a fine of €40–€60.

Owning a car in Germany is more expensive. Generally speaking, expats living in major cities like Berlin, Munich, Hamburg, and Frankfurt do not need to own a car other than for convenience. Recent fuel prices in Germany were €1.35 for unleaded and €1.22 for diesel.

Costs to study in Germany

There are numerous universities in Germany that rank in global listings of top universities. Studying in Germany is free in some universities, boosting the country’s reputation as a student hotspot.

There is also a good standard of German education. Public schools in Germany do not charge fees and are a good option for expats with younger children if they can pick up the language quickly enough.

The alternative is to send your children to international schools in Germany. Tuition fees are substantially more expensive although vary in relation to the prestige of the institution and the grade level of schooling.

Cost of childcare in Germany

Germany boasts an excellent childcare system, with certain cities offering daycare subsidies (more so in former east Germany, although it becoming more common in the west).

The majority of state-owned childcare centers cost an average of some €250 to €400 per month, while private centers range between €600 and €900. Subsidized childcare costs are based on income and can be as little as €120–€140 a month for seven to nine hours per day, further reducing the cost of living in Germany.

You can also find German childcare centers that offer prices at a substantially lower rate for older children. For example, fees up to the age of four can average more than €200 a month, compared to less than €100 for children aged five because it is their final year before starting school. Read more about childcare in Germany.

Expats living in Germany are required to take out basic German health insurance. The cost varies depending on age, cover, and the health insurance company you use. Basic insurance for students starts at around €80 and from €160–€400 for professionals.

Expats that are employed by a company can arrange to pay insurance premiums through a subsidized company insurer. Self-employed individuals should organize private health insurance.

In exchange, residents in Germany have access to subsidized or free healthcare in Germany.

Cost of groceries in Germany

Staple foods are not too expensive in Germany, although upmarket supermarkets such as Rewe and Tegut are more expensive. If you shop at Lidl and Aldi, you can save between 10 and 15%.

However, supermarkets tend to stock fewer items, so you may need to head to specialist stores where prices are higher (Asian vegetables are a good example of this). Expats should budget for around €40–€50 a week per person for basic foods.

Dining out in Germany is affordable, although there is an extremely cosmopolitan choice of restaurants that widely differ in price. A budget lunch costs between €5 and €11, while an evening meal in a standard restaurant can cost between €10 to €20 per person. If you have a couple of German beers or a glass of wine, add €10 on.

A budget of €30–€40 per person can cover a decent meal in a nice restaurant. Tips are not included in the bill and are typically around 10–15%.

Residents in Germany pay personal income tax on worldwide income. In certain circumstances, there are other taxes to pay. Read more about paying taxes in Germany.

In addition, there is a solidarity surcharge of 5.5% of tax to aid costs of integrating former East German states.

The social security and pension system in Germany is not part of the tax system, although deductions are generally taken directly from the salaries of employees. Contributions are made by both you and your employer.

Social security contributions are high and account for 40% of your wages. However, they cover you for health insurance, nursing care, pension, and unemployment.

Read more about the social security system in Germany.