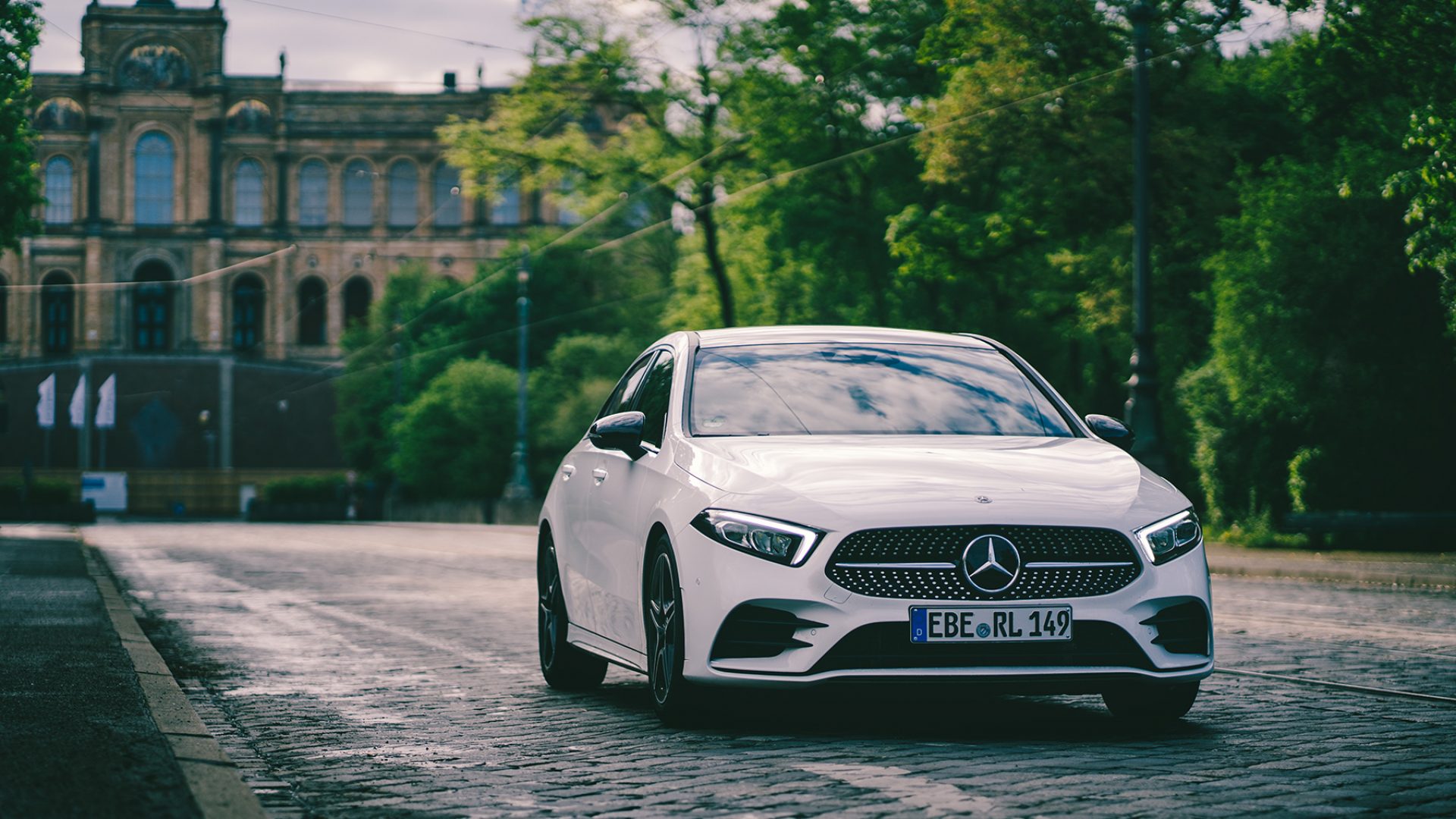 Home Living in Germany Transport How to buy a car in Germany
Last update on June 03, 2021
Share

If you have settled into German life, you may look to buy a car in Germany. Our guide sets out a road map to car ownership in Germany.

Let’s face it, buying a car in anywhere in the world can be a nightmare. You could find that after driving around the corner that those smooth-changing gears were the result of a banana stuffed in the gearbox or after just three short years on the road the car’s value had plummeted.

The trauma appears doubly worse in a foreign country. The whole business seems a complete mystery with a new set of rules and terms to go with it. To help you get to grips with this, here’s our guide on how to buy a car in Germany.

An introduction to buying a car in Germany

The easiest way to buy a car is simply to decide what type of car you want and head off to the closest showroom.

The grim times that have hit the global car business means that the most new car dealerships in Germany will be falling over themselves even more than normal to sell you a car.

Deals aplenty European interest rates are already are a very low level. But in a bid to move merchandise, many car dealers go all the way and offer in-house financing at zero interest rates.

If you have a car to trade in, many dealers are also offering a price which is above the trade-in value as set out in the Schwacke Liste. This sets out the value of second-hand cars in Germany.

The Schwacke Liste is easily accessible: leading car magazines publish it, car dealers often offer it and it is normally available from motorcar clubs. Besides, you can find it on the internet. There are two major web sites that offer used cars in Germany – both authorized car dealers and private owners offer their used cars in these sites: www.mobile.de and www.autoscout24.de. They also allow searches in your neighborhood and give you an overview of the current market prices.

Some carmakers also offer discounts for certain professions. In particular, journalists should ask whether there are any deals going.

For those backed by a company, there is the possibility of leasing. There are fairly standard international procedures for leasing. If it is a big investment and you are unsure about it, you may want to contact a lawyer before you sign the contract. In Germany, however, strict rules apply which favor buyers of second-hand cars. Whoever wants to sell has to advise on any existing or former damages to the car. If not, the contract can be considered invalid. You can buy master contracts for buying/selling cars at major book stores or download one from the internet www.adac.de – the General German Automotive Club publishes such contracts).

Some people have been known to be caught out at the end of the leasing contract and forced to fork out big sums for the car. This may happen if you break the agreed mileage/kilometres limit. Preloved cars could be the answer.

For those with more modest financial arrangements there is always the second-hand car alternative. There is, of course, the well-trodden route of going through the seemingly countless listings in local newspapers, specialist publications and websites for that dream auto.

But Germany does offer other possibilities for buying a pre-loved set of wheels. Apart from the standard second-hand car yards, many auto dealers offer old cars with reconditioned new parts such as motors and sell them on with a warranty and at a correspondingly higher price.

It is a chance to get hold of an older model more expensive car such as a Mercedes or BMW, which purrs along with a new motor. Just think of the prestige value. But a word of warning: check out what parts have been reconditioned and what are covered by the warranty.

Don’t be put off if the dealer only takes cash for the car. They might not allow for a test drive, either. “Believe me, you’ll like it when you buy it,” one dealer told me.

What is also worth noting is that Germany’s absurd retail trading laws means that buying a car on Sunday is out of the question. Sunday trading in Germany is illegal. You can look but you can’t buy. You will find the dealers will not even turn on the ignition or answer any questions. Then there are so-called Jahreswagen. These are cars which the employees of German carmakers have used as a company benefit for around a year, and which are then sold by authorised car dealers. This is a common practice at car makers to increase the number of produced/sold cars. Auto dealerships in all cities generally offer Jahreswagen — including guarantee.

Then there are so-called European Union cars. You can order these cars through certain dealers normally carrying a sign saying EU-Fahrzeuge.

The European Commission has decreed that the forging of the single market means it is the right of every EU citizen to purchase goods and services in any place in the EU. This also goes for cars.

Different national tax rates mean that new cars can be imported into different EU markets and sold at often considerably lower prices. In some cases, you may find that the difference in price can be up to EUR 10,000. Guess what, once again no test drive. You order it and you receive it. That’s it.

Buyers should also pay special attention to the clauses in the contract concerning arrangements for service.

Old or new cars, the one common theme running through buying an auto in Germany is insurance. You must insure a car before you drive it. Both proof of car insurance and roadworthiness inspection must be shown before the car can be registered. Get the Versicherungsbestätigung at any insurance office or online insurance service. Nowadays it is common practice to send it via email along with an insurance code. The insurance market is a highly competitive place in Germany at present, so shop around for the best deal. The consumer group Stiftung Warentest publishes comparative listings of insurance company policies. Insurance rates vary and depend on numerous factors; you may want to check one of the many insurance web sites that calculate the insurance rate.

In Germany, you need Haftpflichtversicherung (liability insurance) for your car. Vollkaskoversicherung (comprehensive collision insurance) is sometimes necessary on cars that are being financed. It is often advisable for new cars.

In environmentally sound Germany, roadworthy checks are very strict. The Technischer Überwachungs-Verein (TÜV) or an authorized TÜV mechanic will check out your car to ensure that it meets the standards set by the motor vehicle authorities. The TÜV Inspection is automatically granted to new cars for a three-year period and is normally handled by the dealer. After the first three years, it gets granted for two-year periods.

Buying a used car is different. Many second car dealers will look after it for you. But the TÜV inspection is the responsibility of the prospective owner. It goes without saying, even if there is a TÜV certificate you should check how long it has to run before handing over the cash. Cars and the environment Sorry but it doesn’t end there. Formerly known Abgasuntersuchung (AU) inspections (checking the catalytic converter), which are another part of the German environment protection, are nowadays included in the TÜV inspection.

What car papers you need

Are we nearly there, Dad? Well, just one final thing on what you should keep in the glove box. Don’t forget to make sure that you have picked up from the insurance company or agent an international insurance – the so-called Green Card (Grüne Karte).

You should keep this with you at all times when you are driving, especially in a foreign country. The same goes for the “Zulassungsbescheinigung Teil I” (setting out the details of the car). You will receive a “Zulassungsbescheinigung Teil II”. This is proof of ownership. It also means you only get it after payment is complete. So now you have it. Well, more or less. All you have to do is find that dream machine. 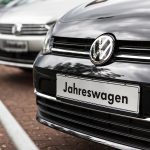