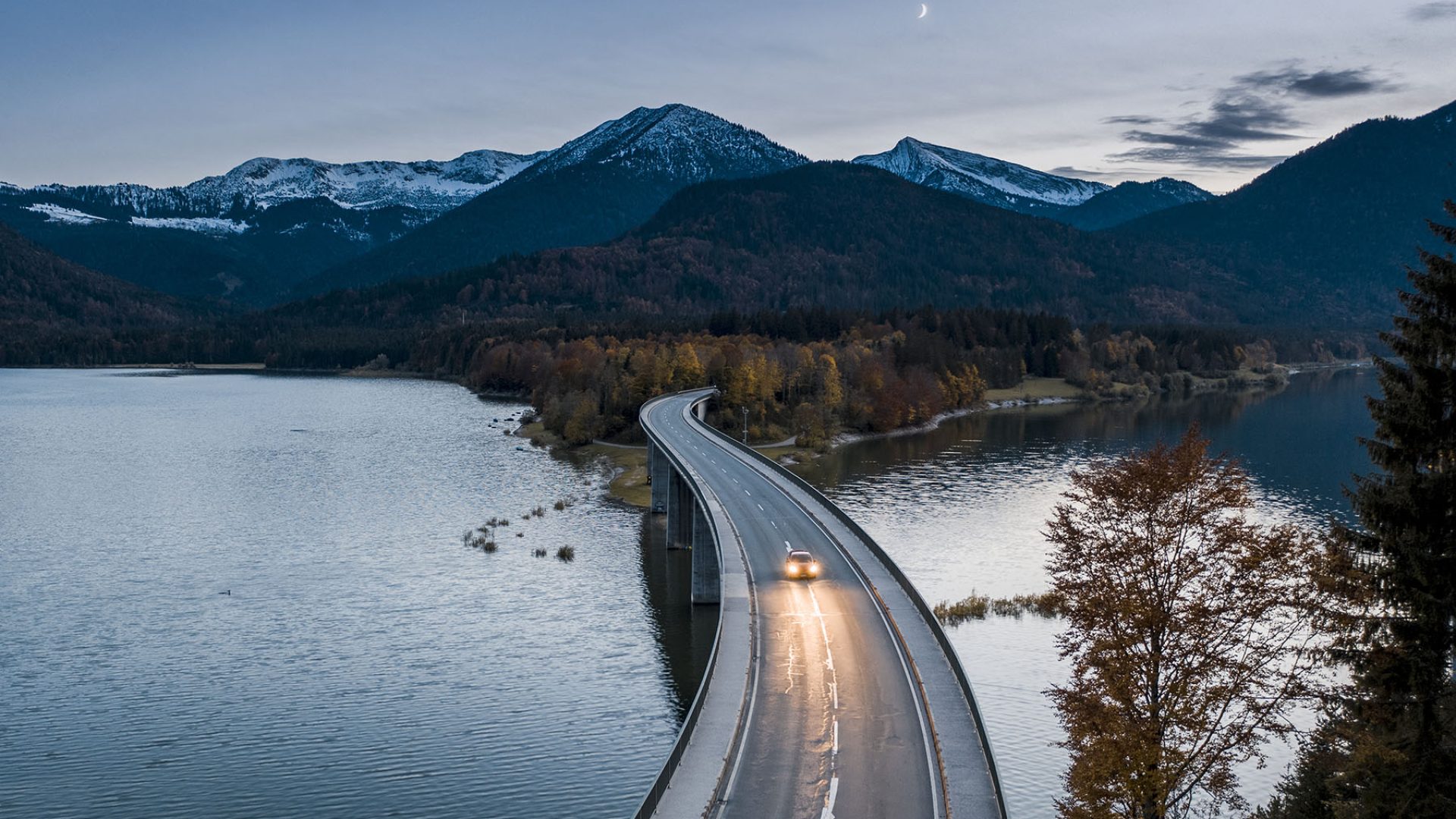 How to get a German driver’s license

Home Living in Germany Transport How to get a German driver’s license
Last update on March 30, 2022
Share

The rules for getting a German driver’s license vary greatly depending where you come from, with even individual US states having different agreements with Germany.

Introduction to getting a German driving license

Jeff and Karen knew their Michigan licenses were only valid in Germany for six months, giving them that long to exchange them for their Führerschein, so they went about taking care of business soon after they arrived.

But things didn’t quite go as planned. To start, the first aid classes they were told they’d need to take in order to exchange licenses weren’t offered until near the end of their six-month window. That was okay – they could finish them and the rest of the paperwork before the deadline. And the required eye exams took five minutes. So far, so good.

Until they tried to apply for the licenses. One office sent them here, another there. Two weeks, a dozen trips to half-a-dozen offices and a couple of hundred euro later, they still hadn’t got their Führerschein, the first aid courses turned out to be unnecessary, and their Michigan licenses, mailed between offices, went missing.

Speaking of the Führerschein fiasco, Karen puts it mildly: “I had no idea it could be this hard.”

Well, it doesn’t have to be. I live in Baden-Württemberg, and to trade my Colorado license for a Führerschein all it took was €35 and two trips (one to apply, the other to pick up my new license) to the Bürgeramt.

So why was I so lucky? Good question, frustrating answer. Like with many bureaucratic procedures in Germany, what you need to do to get your Führerschein depends on where you’re from and where you live; although traffic law is federal and not state law, each office has its own approach to handling the law.

EU citizens read no further; your license is unconditionally valid in Germany. Americans, Canadians, and South Africans? Relax; in most cases you can trade licenses easily. Everybody else: You’ll need to do it the hard way, but take heart – you can do it (mostly) in English.

But let’s start with the universals. Wherever you come from, you can drive legally in Germany with your home license for six months after settling in Germany. And if you’re certain you’ll stay here less than a year, you can petition at your local Führerscheinstelle to extend that period to cover your stay. Just bring a certified translation of your home license (see below) and proof of your intended length of residency; like a plane ticket, or a work contract.

Exchanging your license for a German driver’s license

If you’ll be staying longer than a year, though, you need a Führerschein to drive in Germany after your first six months in country. If your home country (or American state) has a license exchange agreement with Germany, you have up to three years to swap – after that, you’ve got to do it like the Germans do, from scratch.

Canadians and South Africans can trade with ease. So can many Americans (but not from all US states), a detailed list of these privileged countries/states, Anlage 11 FeV (Listenstaaten) can be found here: www.fahrerlaubnisrecht.de.

Please note that if you want to get your foreign drivers license (from a non-EU country) accepted in Germany you need to prove to have lived for at least 185 days without interruption in the country that issued your driver’s license during the time the license has been issued.

Exchanging your home license for a German one is usually straight-forward. But to minimize difficulty, Karen Smith advises, “Call the exact office that will issue your license to find out exactly what you need to bring, and get the name of the person you talk to.” Try the uniform number for public authorities when you aren’t sure of which office to connect with.

Sounds obvious, but sometimes several offices will have a hand in the exchange, and in Karen’s case, each one she contacted gave her a different set of requirements. Among the most common are an eye exam (just about any optical shop can do it, for about EUR 5), and an official translation of your home license (ADAC translations are widely accepted – the Smiths paid EUR 72 for two).

Also, to avoid costly misunderstandings, Karen further advises that when you apply for your license, “Bring a German.”

Moving on to the less fortunate, Australians and New Zealanders; good news, bad news time. Good news: negotiations between Germany’s government and yours’ for similar exchange agreements are underway. Bad news: that doesn’t help you at all right now. Read on.

To get your Führerschein, you’ll need to take written and practical exams, and maybe some driving lessons – depending on your existing driving skills, too. Fortunately, you can do most of it in English.

Should you have to do your driving test again, negotiate with the driving school that you only take the mandatory minimal number of lessons! When a teacher does not come up with significant reasons why you might have to take more, then go to another school (Fahrschule).

Please note that effective 1 July 2011 the minimum age for driving in Germany with a foreign drivers license is 18 years.

One step at a time

For those who only have to take the tests, “You generally have to allow two months for the whole process,” says Christine Timmer, who runs an English-language Fahrschule in Munich.

Typically, the process goes like this. First, you complete the requisite eye exam and first aid courses (eight hours, available through the Deutsches Rotes Kreuz or Malteser for €25). In addition, you will have to provide an eyesight test by an authorized doctor related to driver’s license that is not older than 2 years. Then, with those certificates, your translated license, a recent biometric passport photo, your most recent residence registration form (Meldebescheinigung), and (sometimes) the registration information from your chosen Fahrschule in hand, you apply for your license at the Führerscheinstelle (call first for exact requirements).

It usually takes between four to six weeks to process your application, giving you time to prepare for and take the written and practical exams with your chosen Fahrschule. Practice materials for the written test and the test itself are available in English. You’ll take the driving test in German with your driving instructor and an official examiner. Don’t sweat the German part, though, says Christine. “It’s really not that difficult, if you’re prepared and understand a bit of German. The examiner really doesn’t say a lot.” And when you pass, you get your new license on the spot.

How long you’ll spend preparing for the tests at your Fahrschule depends on your previous driving experience. Christine Timmer’s typical student requires two to six lessons. She charges €51 a lesson, plus €80 for the written test and €150 for the driving test, but rates vary, she cautions. Altogether, then, you can expect to pay around €500.

The worst-case Führerschein scenario is having to take a full driving course, like young German drivers do. “To get a regular driver’s license,” Christine explains, “you have to take 14 theory classes and at least 12 driving lessons. Driving schools usually offer them twice a week, so that takes about seven weeks. Depending on how quickly you learn, it can be done in about three months; but it usually takes longer, because of holidays and so forth. You start with the classroom sessions, and then move on to the driving portion, taking them in parallel so you learn the rules and also how to apply them.” How many driving lessons you’ll need to take depends on how quickly you learn. With 12 as the minimum, and 50 on the high end, the full licensing course can cost between €1,000-2,000.

You can take the course at an English-language driving school like Christine’s, but don’t think it’ll be easy, she warns. “Take your time, start things early. Take it seriously, although you may be annoyed about it. And look for a driving school that has experience with license conversions (if you’re able to exchange licenses), because not all of them do.”

Until 2011 you could fairly easily get a driver’s license from other EU countries. Driver’s license tourism has now been abolished by European law. The important detail is residence. You are only supposed to get a license for where you live. The authorities are now thoroughly checking whether or not you really live where you say that you do.

Read even more in the Expatica guide to driving in Germany. 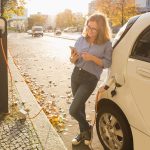 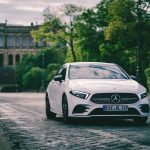