Emergencies can be scary in any language, but don’t get caught out. Read our expert guide and find the right emergency number in Germany.

Germany is one of the safest countries in the European Union, but it’s important to make sure you and your family are prepared for any potential emergency, accident, or crime. This guide to using an emergency number in Germany contains advice on the following:

In an emergency in Germany, call one of the following numbers from any telephone:

You should call these emergency numbers when in any life-threatening situation in Germany, including major medical issues, fire-related incidents, or serious crimes.

In addition to fighting fires, the German fire brigade deals with other tasks in the community, including fire prevention, protection against hazardous materials, emergency rescue, and water rescue.

You can call 112, the main emergency number in Germany, from any phone to speak to the fire brigade. The German fire brigade advises you call regardless of the severity of the fire, even if you think you could put it out yourself.

The state police (Landespolizei) deals with responses to emergencies in Germany. It is sometimes aided by the federal police (Bundespolizei or BPOL) when dealing with major disturbances or other emergencies. The German federal police has several divisions, such as law enforcement, border police, railway police, aviation police, and riot police.

German police can be identified by their beige uniforms as well as their green and white vehicles. Most German police officers speak English and they should also be easily identifiable in places like train stations and airports.

Healthcare and accidents in Germany

If you need medical help in an emergency, call the main emergency number in Germany (112) from any phone. It is possible to visit your local hospital’s emergency room or accident and emergency department (Notaufnahme) yourself, but if the situation is life-threatening, you should always call 112.

You can generally find emergency doctors in local newspapers, listed under the headings Ärztlicher Notdienst or Ärztlicher Bereitschaftsdienst. If in doubt, you can also contact your local surgery, which should have contact details for the on-call doctor on its answerphone message.

In non-emergency situations, you can make an appointment to see your general practitioner (Hausarzt). Your doctor can then assess your symptoms and advise you of the next steps, which could include writing you a prescription or making you an appointment at the hospital to get specialist help. If you don’t yet have a GP in Germany, you can also find details on the Ministry of Health website.

Germany boasts a good mental health system. You can make an appointment to speak to a psychologist (Psychologe) or psychiatrist (Psychiater) by visiting your doctor or also by contacting a specialist privately.

Most hospitals in major towns and cities generally have specialist centers for people who require mental health support, with access to psychiatrists, psychologists, nurses, and social workers. However, in smaller municipalities, you may need to go to your doctor in the first instance.

You can also get advice from the following organizations:

Drug and alcohol services in Germany

Find out more in our Guide to crime in Germany

Utility and telecommunications services in Germany

In the event of an emergency such as a suspected gas leak, call the fire brigade on 112. To report outages, you should call your supplier directly. Contact details for the main utility suppliers in Berlin and Munich are also available below.

Road and traffic emergencies in Germany

If you experience an emergency or accident on a major road, such as the Autobahn, you should turn on your hazard lights (use the triangle button on your dashboard) and park to the side of the road. You must also set up your warning triangle behind your car.

Generally, you should only stop on the Autobahn in a genuine emergency; in fact, doing so without good cause is illegal.

When you’re in an emergency situation, call the police or fire brigade at an emergency number in Germany (110 or 112). If you don’t have a phone with you, however, there are orange emergency phones on the side of the main roads. If you can’t find the emergency phone, look for posts at the roadside with arrows pointing towards the nearest one.

Should you encounter an emergency while traveling on a train, the same protocol of calling 110 or 112 applies. If you see something that you don’t consider to be an emergency (e.g., vandalism, petty crime), you can call the railway police (Bahnpolizei) hotline at 0800 6 888 000.

Lost or stolen property in Germany

If you have an emergency anywhere in Europe, you can generally call 112 to access emergency services; this is the same as the main emergency number in Germany. Calls to 112 are, in fact, free and can be made from a landline, payphone, or mobile phone, even without a SIM card.

What to do in an emergency in Germany

When you call German emergency services, you should follow these tips:

Other useful phone numbers in Germany

While most German emergency services staff speak English, there are others – especially in more rural areas – who don’t.

Members of the family should practice how to give clear indications in German of your name, address, as well as telephone number to be better prepared for any eventuality. If you do not speak German, however, it is best to find a German-speaker whom you can trust. 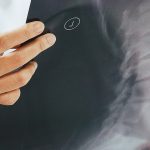 Body parts in German and English 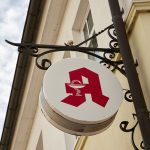