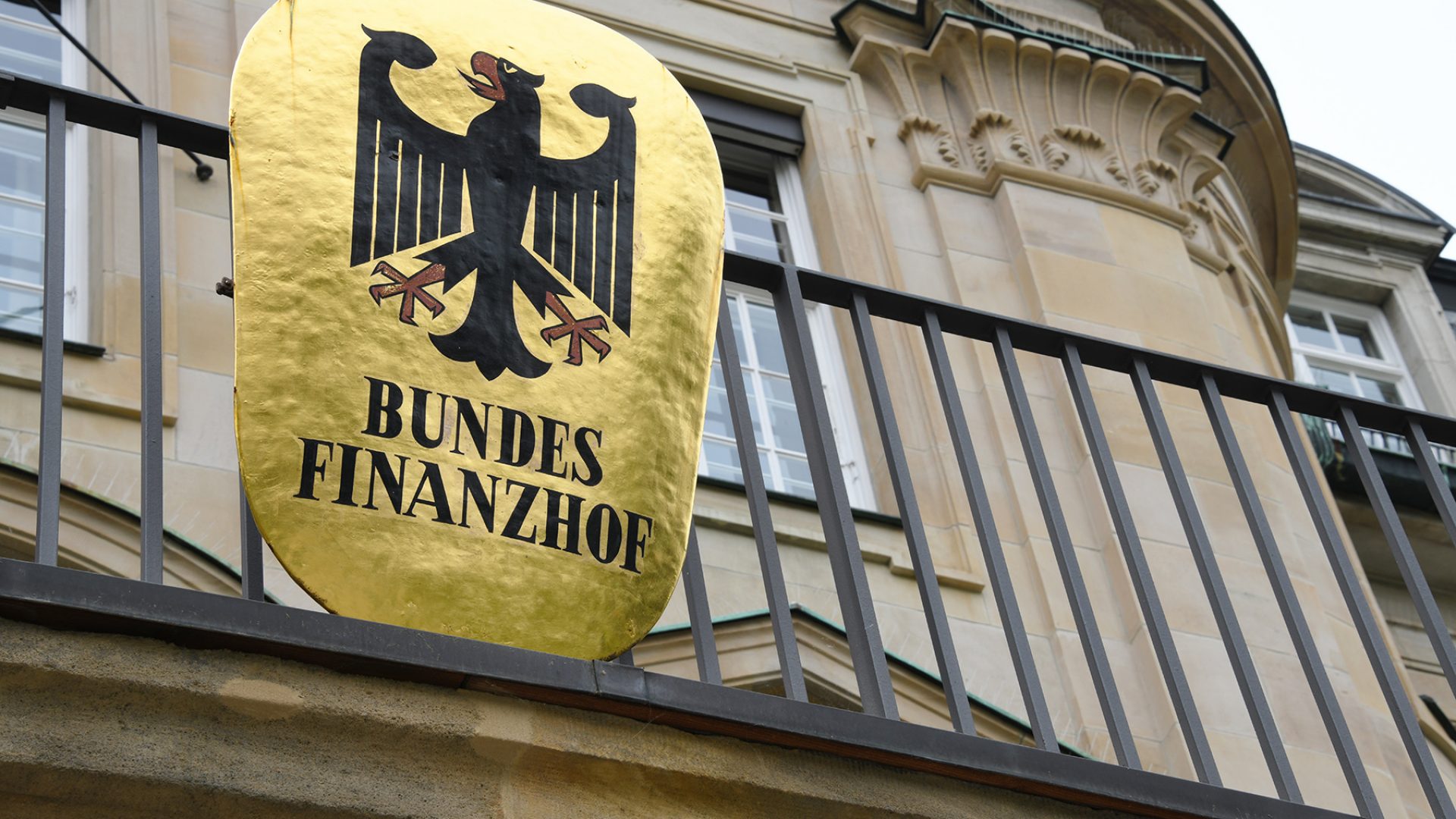 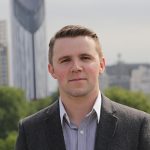 As an expat moving to Germany, it’s important to get your head around the various taxation measures in force in your new country, from income tax rates to the corporate tax and VAT systems.

This guide offers an overview of the tax system in Germany, including advice on the following:

H&R Block is a tax advisory service specializing in expats taxes. Their team of experts can help Americans living in Germany with their US tax return. If you need to file your US tax return, make the process easier by getting in touch with the professionals at H&R Block.

The tax system in Germany

Taxes in German are split between those charged by the federal government (Bundesregierung), states (Bundesländer), and municipalities (Gemeinden). The principles around tax law in Germany are set out in its constitution (Grundgesetz).

Federal and local taxes in Germany

Real estate transfer tax (RETT) is administered on a state level in Germany. States also have the ability to set taxes on the likes of alcohol and gambling.

Municipalities are responsible for setting their own levels of tax on homeownership, and also set tax rates for stays in local hotels and inns.

In 2021, Germany abolished its solidarity surcharge (Solidaritätszuschlag), which levied an additional 5.5% on top of income tax for the majority of workers.

Taxes on goods and services (VAT) in Germany

VAT in Germany (Umsatzsteuer or USt for short) applies to most goods and services sold within the country; the tax is also commonly referred to as Mehrwertsteuer (MWSt), although this is technically incorrect as German law uses the word Umsatzsteuer. The standard rate of USt is 19%, though a reduced rate of 7% is available for some goods, such as foodstuffs, books, newspapers, and cultural events.

This reduced rate is also available to restaurants and cafes until 31 December 2022, due to the COVID-19 pandemic in Germany.

Deliveries within the European Union (EU), medical services, financial services, insurance, and real estate are exempt from USt in Germany.

If you live outside of the European Union, you may be able to reclaim the VAT you paid when buying goods in Germany.

To reclaim VAT, you must purchase the items from a retailer that participates in the refund scheme. Not every shop participates, however; affiliated shops generally display a sticker on their door.

When you pay for the items, you should ask the shopkeeper for the VAT form. You then need to complete the form with your personal information and attach the original receipt.

You can find out even more about thresholds for VAT refunds and the specifics of how to claim in the European Commission’s full guide.

Who has to pay tax in Germany?

If you’re considered a German resident for tax purposes, you’ll need to pay German income tax on your worldwide income, regardless of whether you’re a German national or an expat.

You’ll usually be considered a resident for tax purposes if you spend more than half of the calendar year (183 days) in Germany. If you’re not a tax resident, you’ll only need to pay tax on the income you earn within Germany.

Tax allowances and exemptions in Germany

All workers in Germany are entitled to a tax-free allowance (€9,984 in 2022). Everyone must pay income tax on any income above this threshold.

Employees are allowed a blanket allowance of €1,000 a year for business deductions. These deductions can cover costs such as transport to and from work and purchasing equipment for work purposes.

Deductions are also available for childcare expenses (up to €4,000 a year per child), education expenses (up to 30% of tuition fees), charitable contributions (up to 20%), and alimony payments (up to €13,805) subject to meeting the government’s criteria.

Anyone working from home can claim up to €5 per working day in tax deductions (up to a maximum of €600 per year), to offset the extra costs of home working.

The German tax system for foreigners

Foreign residents must pay the same taxes as citizens in Germany, though there are agreements in place for those who are at risk of double taxation in Germany and their home country. Germany has bilateral tax agreements with many countries, including the United Kingdom, United States, New Zealand, and Australia.

Generally speaking, filing taxes as an expat in any country can be challenging due to language barriers and a lack of local knowledge in the topic. However, there are also a growing number of expat-friendly, English-speaking online platforms that help you file your German tax returns. These include:

Check out our guides on filing your taxes while living abroad for more information on American, British, and Canadian taxes. If you’re a UK national, you can also learn about the QROPS scheme for transferring UK pensions when moving abroad.

If you earn money from employment or self-employment, you’ll need to pay income tax. The first €9,984 is your tax-free allowance, so you’ll only pay tax on earnings above this amount.

German income tax rates are progressive, starting at 14% and rising to 45% on the highest earnings. The German government reviews its tax bands each year.

How to file your income tax return in Germany

If you’re employed by a company in Germany, you won’t need to submit a tax return unless you have additional income from other sources (for example, freelance work or property).

The German income tax year runs alongside the calendar year. The deadline for tax returns in 2022 (for 2021’s return) is 31 July 2022, though this may be extended due to the COVID-19 pandemic.

Check out our guide to income taxes in Germany

Self-employed workers must submit a tax return each year.

If you’re self-employed, you’ll be able to benefit from the same €9,984 allowance as other workers, and an additional €2,800 allowance for German health insurance.

You can reduce your tax by offsetting work-related outgoings against your tax bill. Depending on the nature of your business, this can include things like work-related travel, stationery, and the services of an accountant.

Tax on property and wealth in Germany

Homeowners in Germany must pay real estate property tax (Grundsteuer), an annual municipal tax that is mandatory for all property owners. How much you’ll pay varies depending on the value of your property and the local tax rate.

When buying a property in Germany, you’ll need to pay real estate transfer tax (RETT), which varies from 3.5% to 6.5% of the property’s purchase price, depending on the state you’re buying the home in.

Tax on selling and letting properties

When you sell a home, you may need to pay capital gains tax if you’ve owned it for less than 10 years. This can make buying a property in Germany much less attractive if you’ll only be living in the country for a few years.

If you let out a property, you’ll need to pay income tax on any profits you make after your allowable deductions. You must record this income in your annual tax return.

Tax on savings and investments

Savings and investments are subject to tax in Germany. Income from dividends and interest are taxed at a flat rate of 25%. Single taxpayers have an annual investor’s allowance of €801.

Inheritance tax rates are consistent across the whole of Germany. They apply to savings, property, and other valuable assets. However, a number of allowances and exemptions are in place.

How much you’ll pay in inheritance tax depends on your relationship with the deceased. Close relatives such as spouses and children have a higher tax-free allowance than more distant relatives.

The German inheritance tax system sets three categories of relationships, which are then set against the amount inherited to determine the tax charged.

You can learn even more and find out the full rates in our guide to inheritance tax in Germany.

Germany charges some of the highest overall corporate tax rates among EU countries, with combined charges totaling around 23–37%.

The national corporate tax level is 15%. A solidarity surcharge of 5.5% is added, resulting in a total federal rate of 15.825%. Local municipalities then levy additional trade taxes ranging from around 8% to 20%.

There are some tax credits and allowances that businesses can offset against their corporate tax bills, such as a municipal tax credit and a research and development credit.

In addition to corporate tax, companies may also need to pay capital gains tax on the sale of business assets, trade tax, and dividend tax.

Read our guide to corporate taxes in Germany for more information

Import and export taxes in Germany

If you’re traveling into Germany from a non-EU country, you’ll need to adhere to rules around what goods can be imported. The German government sets limits on certain imports, such as cigarettes, alcohol, medicines, and motor fuels.

If you exceed travelers’ allowances, you must pay import duties. You can find out how much you might need to pay on the website for the Bundeszollverwaltung (ZOLL, or the Federal Customs Service).

Tax avoidance and evasion in Germany

Tax evasion in Germany is punishable by fines or up to five years in prison. The most serious cases are punishable by up to 10 years imprisonment.

This became a major topic in 2020 when two British bankers were found guilty of siphoning more than €400 million in tax rebates from the German state in what became known as the CumEx scandal.

This scandal resulted in the German government proposing new measures to make it easier to prosecute historic tax evasion cases.

Doing your taxes in Germany can be complex, especially while you’re still new to the system. The information here offers a general overview, but you should always get professional advice from an expert regarding your individual tax situation.

The good news is that there are many tax professionals offering English-speaking services. You can find a list of tax advisors in Germany in our directory.

Trade bodies such as the International Federation of Accountants can also help you find an advisor. 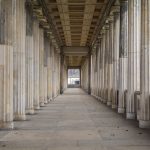