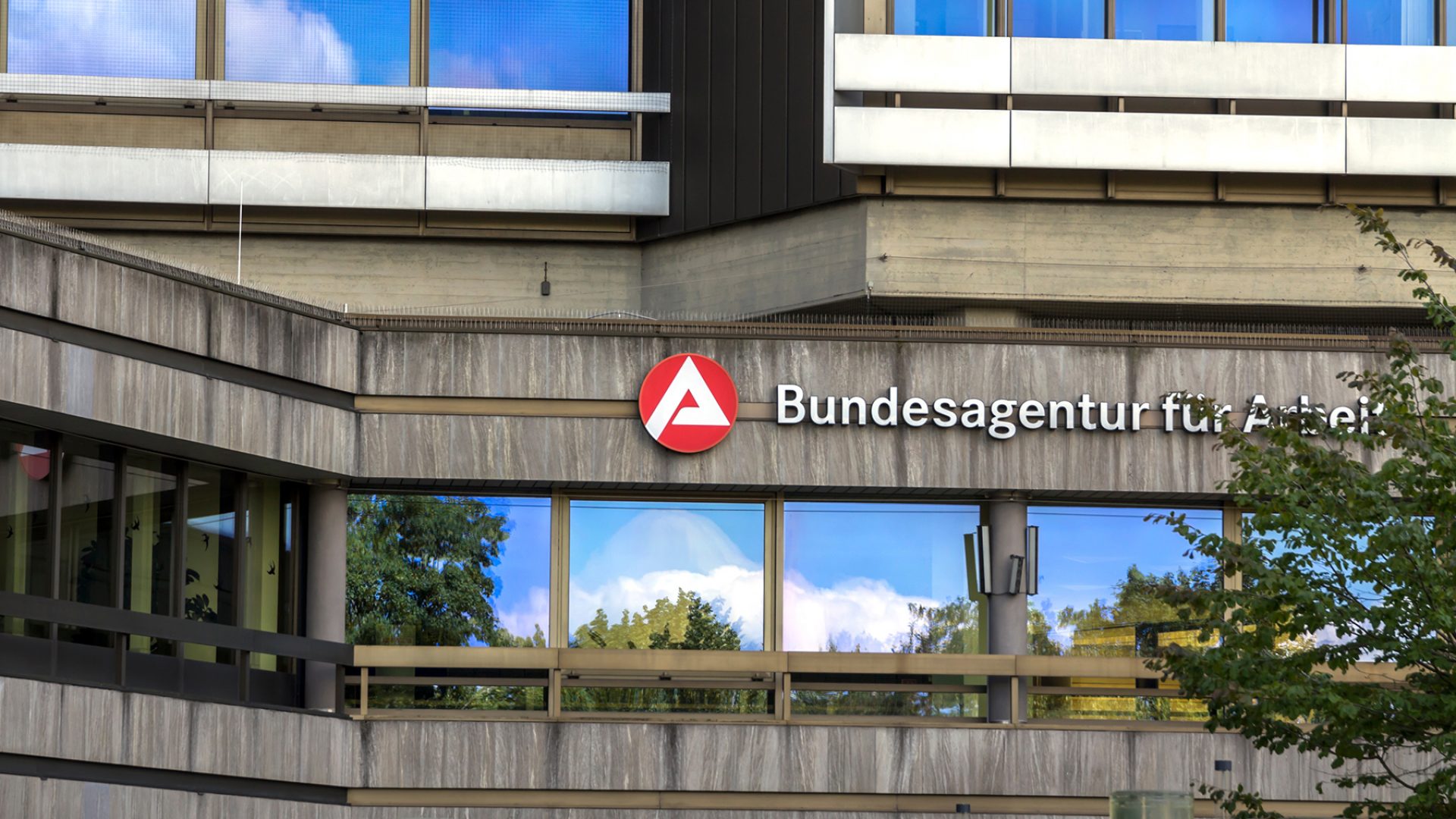 Home Living in Germany Government & Law How to register for a social security number in Germany
Last update on June 15, 2022
Share

Find out how much you pay to German social security, and what benefits you can claim: healthcare, parental leave, child allowances, unemployment benefits, pension, and accident insurance. Learn how you can register for a social security number in Germany.

If you live and work in Germany you typically contribute to German social security, in return for access to certain benefits from the German government, including healthcare. Similar to elsewhere, Germany’s social security system is mainly funded through contributions paid by both working people and their employers. However, Germany’s once generous and comprehensive social welfare system has been put under pressure in part from the nation’s aging population, forcing unpopular reforms in the past.

The majority of working people pay contributions into different insurance funds – either statutory or private – in order to get healthcare, medical treatment and long-term care, unemployment benefit and a pension in Germany. Social security usually amounts to about 40% of gross income but employers typically pay about half of this. Employers also pay for company accident insurance, which covers rehabilitation and care after a work-related illness or an accident at work or place of study. There are also other benefits that are tax-funded, which are listed below.

Most foreigners who are working in Germany are subject to pay these contributions, too, although some exemptions exist. If you are working in Germany as an intra-company assignee or with the diplomatic service you are exempt, and in certain cases some foreigners may be able to use a health insurance plan from back home. Citizens of the European Union (EU), European Economic Area (EEA – EU plus Iceland, Liechtenstein, and Norway) and countries who have a social security agreement with Germany may be able to claim back or transfer certain payments made into the German system, for example pension contributions. Several countries – including Australia, Brazil, Canada, China, India, Israel, Japan, South Korea, Turkey, and the US – have social security agreements with Germany. The appropriate authorities in your home country can advise if an exemption exists in your situation.

Who has to apply to pay German social security?

If you are an employee, your employer will register you with an insurance fund and handle all of your social security contributions. You don’t have to do anything: you will pay a percentage of your gross income, which is deducted from your salary before you receive it. In most cases your employer has to contribute, too, so each of you pay the equivalent of about 20% of your gross income. Precisely how much you pay into each insurance fund generally depends on how much you earn, with upper limits on contributions.

The self-employed and social security

Most self-employed workers are not compulsorily insured with the state insurance – unless previously state-insured before taking up self-employment – and can decide to either join it or take out private insurance. They have to pay contributions themselves, although at a lower rate. New business start-ups may be exempt from contributions for three years.

Artists, journalists, and publishing professionals are compulsory members of state insurance and must go through the Artists’ Social Welfare Fund (Künstlersozialkasse or KSK), which acts as an employer and makes social security contributions for them. Some self-employed people, such as tradespeople, self-employed teachers, child carers, have to join the state pension system.

If you work less than 50 days or two months a year or earn less than €400 per month, you do not pay German social security (or tax) but do have to register for health insurance. You can access your benefits via the insurance funds.

Everyone who is in a paid job or a trainee must pay contributions into the statutory unemployment fund. Some groups are exempt from paying into the fund but are still covered, including civil servants.

If you have the misfortune to become unemployed in Germany, you have to register with the local employment office ‘Bundesagentur für Arbeit‘. This should be done as soon as you receive your notice to ensure you don’t lose any months of employment benefits.

Contributions to unemployment insurance in Germany

What unemployment insurance in Germany covers

The statutory unemployment insurance fund will pay you an income for a period of time (six months to two years) so long as you have:

There are other benefits, including help with applying for work, financial help when taking up a new job (eg. travel, equipment and relocation expenses), training and advice for becoming self-employed.

If you have been paying into a health insurance fund, you can also claim maternity benefit (Mutterschaftsgeld) which is full net income for 12 weeks. New parents with German residence – employed, self-employed, unemployed and students – can also get a parental benefit (Elterngeld), which is funded by the federal tax system and pays out up to 67% of a parent’s salary for up to 14 months after the birth or adoption of a child.

If you are a taxpaying resident of Germany, you can also get children’s allowance or Kindergeld for children up to 18 years old (25 years if still in full-time education). You can claim:

To apply, you’ll need to take your child’s original birth certificate (translated if not in German), residence permit, and passport to your local employment office (Bundesagentur für Arbeit). If your child has an income of more than €7,680 per year, if you stop work or leave Germany, you are not entitled to Kindergeld.

Almost everybody in Germany is covered by statutory health insurance (Gesetzliche Krankenversicherung or GKV): employees, vocational trainees, people getting unemployment benefit, university students, retired people, and their dependent family members, who are generally covered on the same policy free of charge.

As of January 2015, the contribution rate for employees is 14.6% of gross pay (up to an upper limit of €49,500), of which you and your employer each pay 7.3%. However, if your health insurer charges a supplemental payment, it brings the amount back up to the 15.5% of previous years.

Trainees with a salary of up to €325 per month have their contributions paid in full by the employer. Students pay a fixed ‘student contribution’.

Statutory health insurance covers outpatient and inpatient medical care and treatment (in a doctor’s surgery or hospital), dental care, eyeglasses, medication and appliances, immunizations, care during pregnancy and birth, and rehabilitation after injury or accident. It usually also covers long-term care, too.

If you’re ill, your employer usually pays six weeks’ full salary, after which the government health insurer pays statutory sick pay of up to €2,887 per month for up to 78 weeks. This amount is taxable. You can take out supplemental sick pay insurance for a higher payout or consider separate insurance for permanent disability or critical illness.

Once you register with a health insurance fund you get an eHealth card that contains your administrative details and your photograph. You have to take the eHealth card along when you visit a doctor or hospital in Germany – the insurance fund will then be billed.

You can also use the eHealth card to access medical treatment in all EU/EEA countries and Switzerland so long as you have previously obtained a European Health Card (EHIC) from your insurer.

Statutory health insurance and private health insurance in Germany
Since January 2015, if your gross salary is less than €54,900 per year, you can join the government-regulated health insurance system GKV. The system is administered by around 120 different insurance companies or Krankenkasse; you can choose the one that suits you best. Here’s a list of all the German health insurance funds. You have to let your employer know which fund you want to join and they will register you with the fund.

If you earn more than €54,900 per year, are self-employed, you’re a German civil servant or work part-time and earn less than €450 per month, you can opt for private health insurance (Private Krankenversicherung or PKV) from a German or international insurer or a combination of public and private insurance. Employers will still pay half of the premiums of private insurance.

Your German pension: contributions and benefits

Self-employed tradespeople can opt out after 18 years of paying into the scheme; those earning less than €450 per month can also opt out.

Citizens of the EU/EEA and countries who have a social security agreement with Germany (check with the appropriate authorities back home) may be able to claim back or transfer pension contributions made into the German system.

However, while the state pension remains the most important part of old-age income, the German government has encouraged workers to supplement their state pensions with private retirement schemes by offering tax breaks. This reflects concerns about Germany’s ageing population, and whether the state pension scheme will be able to meet the full demands of future generations of retirees. As a result, a raft of private retirement schemes have hit the pension market, which can be arranged through your bank or at almost any insurance company, although it is wise to shop around.

Statutory pension insurance pays your pension once you have retired; the amount of pension you get depends on your income while you were in work and how many years you worked. The maximum payout is currently about 67% of your net income during your working life. The current retirement age of 65 is set to increase to 67 over the next 20 years.

Every employee, trainee, university student, schoolchild and many other groups of people are covered by statutory accident insurance, which covers the costs of medical treatment and rehabilitation after an accident or illness caused at work, place of study, or even on the way to school. You don’t have to make any contributions to this insurance at all.

Other benefits in Germany