Learn about schools, financial aid, educational support, homeschooling, and graduating in our guide to the German education system.

If you’re moving to Germany with children, you’ll need to be aware of the different school types and schooling options. Germany has a high standard of education but sizing up the German education system can be a tricky task for international families. This guide tells you what you need to know, with sections on the following:

Looking for a globally-minded education in Munich? The Munich International School draws on over 50 years of experience to provide a challenging, nurturing learning environment for students of all ages that follows the International Baccaluareate curriculum. Arrange a visit to their state-of-the-art campus today and see how your child could flourish at MIS.

The German education system consists of pre-school, primary, secondary, and tertiary education. Full-time schooling is compulsory at primary and secondary levels for all children aged six to 15. However, German education generally lasts until the age of 18.

The state runs most German schools and they are free to attend. However, parents can also opt for one of the many fee-paying private or international schools. With different types of institutions to choose from at the secondary level, in particular, it’s a good idea to think carefully and weigh up the different options before choosing a school in Germany.

Germany ranks high globally in terms of education. According to the 2018 OECD/PISA survey of educational standards among 15-year-olds, it ranks 16th in mathematics and reading and 12th in science. The PISA report also found that German students generally have good well-being. However, there are large inequalities between the highest and lowest performing students which reflect economic inequalities in the country.

Children under three may attend nursery (Kinderkrippen), while those aged three to six may go to a pre-school (Kindergarten/Kita). These are available either mornings, whole days, or even evenings and weekends in some places.

These types of childcare in Germany can be private, public, or church-run, so some are free while others charge fees. These can vary considerably across states and are usually based on income. Many have waiting lists, so put your child’s name down as soon as possible. In large cities, you will also find bilingual preschools.

Both nurseries and pre-schools are optional. Most children in Germany between three and six are in education or childcare. They are an excellent way for expat children to play and learn alongside German children and absorb the German language and culture. In some states, five-year-olds may register in preschool classes (Vorklassen) in preparation for primary school.

The primary school system in Germany

Primary school (Grundschule) is compulsory for children in Germany. A child begins Grundschule in the autumn term of the year they turn six. However, some German states have cut-off dates to determine exactly when a child can start school, so check with your local authority.

There are usually four grades or years (1–4) in German primary education, although in some regions primary school continues until year 6. Children usually go to the primary school nearest their home. There have been efforts to reduce the inequality in education standards between areas, but affluent neighborhoods still tend to offer better schooling than non-affluent neighborhoods.

The German states (Länder) are responsible for the delivery of primary education in Germany and set the curriculum. This means that the schooling experience can vary across the country.

Each state offers free primary school education to students. Parents contribute occasionally towards equipment costs, although schools provide most materials free of charge. There are between 20 to 30 hours of schooling a week, increasing as the children get older.

Children attending state primary school in Germany will typically go to the school in their catchment area closest to them. If you want your child to attend a different school, you will have to apply for a place and generally have to explain your reasons for doing this.

The quality of German state primary education is good. The core teaching objectives are to develop the key skills and competencies of pupils and essential understanding. Lessons generally include German literacy, mathematics, science, a foreign language, art, and religion/ethics.

Around 5% of students attend private primary schools in Germany. They are not as prevalent as private secondary schools. Some schools, including many international and alternative schools, will offer both primary and secondary education.

Primary schools in Germany are generally split into:

The secondary school system in Germany

Secondary education in Germany consists of two general phases, although things vary across the different states. There is the lower phase (sekundarstufe I), which in most states takes place between ages 10 and 15/16 (or from grades 5 to 9/10). This is compulsory for all students. The upper phase (sekundarstufe II) continues until students are 18 and is optional. This stage focuses on either vocational training or preparing students for higher education.

Public secondary schools in Germany are free and feature different types, which cater to different academic needs and abilities. The type of school a student will attend is based on academic performance, teacher recommendations, and parent preferences. It is possible to change from one school type to another at any point if circumstances change.

The different secondary school types in Germany are largely similar in terms of subjects and teaching objectives: to build skills and subject knowledge, assist intellectual and emotional development, and harness independence and decision-making responsibility.

The types of public secondary school are:

Around 9% of children attend private secondary schools in Germany. They generally fall into two distinct categories of school, which are:

Search our directory for international schools in Germany

Germany has many international schools that offer a globalized curriculum to a diverse range of students. These include 85 schools providing IB programs at primary, middle years, and diploma levels. Schools with IB programs are popular with international families and the qualifications are recognized by top universities around the world.

You can read our guides on the IB Diploma and on international schools in Germany to find out more.

Private secondary schools will typically offer either the Abitur or an equivalent internationally recognized qualification such as the International Baccalaureate (IB) or European Baccalaureate (EB) which enables entry into a German university.

State funding support for education in Germany is available through the Federal Training Assistance Act (Bundesausbildungsförderungsgesetz – BAFöG). Anyone with residency status in Germany aged under 30 (or 35 for Masters degrees) who cannot meet their education costs can apply through their local education authority. Funding is only available for grade 10 study and above in secondary schools, higher vocational schools, and universities.

Amounts awarded vary according to individual situations but are usually given half as a grant and half as an interest-free loan, with the current value between €247 and €694 a month. Eligibility is based on income, with the finances of family members taken into consideration if you live with them. See the application form and additional information here (in German).

There is also some private funding available in the form of scholarships. However, the competition for these is high and they are mostly for post-compulsory study. Many individual private and international schools offer limited scholarships for those that meet the criteria. You may also be able to find funding from your home country to study abroad if you or your child is particularly gifted.

Parents in Germany are also entitled to child benefits for children under the age of 18. See our guide to childbirth in Germany for more information.

Expats whose children do not speak German as a native language can access additional support through the state schooling system. This is typically in the form of additional German lessons, preparatory classes, bilingual classes, and sometimes additional mother tongue classes. Provision varies across the German states but can begin as early as the kindergarten stage.

When considering a school if your child is not fluent in German, check what language support packages are on offer. If you don’t feel that your local school offers sufficient support, you may be able to apply to a different school.

Private schools may offer additional support packages, but these sometimes cost extra on top of standard fees. Another option is to pay for private German lessons with a tutor or at one of the many language schools across the country.

Support for children with special educational needs (SEN) in Germany

Students with SEN may be taught in mainstream schools or in specialist schools called Sonderschulen or Förderschulen. The type of education an SEN student receives will depend on their level of disability or need as well as what facilities are available in that German state.

Educational authorities will usually determine whether a child has special educational needs at pre-school or early primary level. Parents also have a say in whether they would prefer their child to be taught in a mainstream or a specialist school.

You can find support and information for families with children with disabilities in Germany on the Intakt website.

You cannot choose which state primary school your child attends in Germany. Each child is assigned a place at the school within their catchment area. However, you can put in a request to attend another school in a different catchment area. Whether you are successful depends on your reasons for choosing another school, for example, your child having strong ties to another area and availability of places.

Typically you will have to register at the assigned school and then fill out an application form to change (Umschulungsantrag). You can get this through your local authority.

There is more free choice regarding German secondary schools. Typically you can choose which Gymnasium, Realschule or Hauptschule your child attends. However, state education authorities can specify catchment areas so check what rules apply in your local area. Children can switch between types of state secondary school, for example from Hauptschule to Realschule, as long as they meet entry requirements. The exact process for changing secondary schools varies across the German states.

Chances for parental involvement in schooling in Germany

State schools in Germany have Parent Advisory Boards (Gesamtelternbeirat – GEB) which are usually arranged at the town or city level. GEBs consist of a chair and board members that are usually elected annually. Any parent can stand for election, although you will need to speak and understand German to a reasonable level.

The main purpose of the GEB is to represent parent interests, advise and inform parents on key issues, and act as intermediaries on problems that arise. Boards meet at regular intervals, (e.g., quarterly, annually).

Many schools also often run community events, fairs, and open days, which give an opportunity for parents to get involved and meet others.

Private schools also have GEB, although these are more likely to be organized at the individual school level. Some may link up to form a town-wide board. International schools such as American and British schools in Germany often have Parent-Teacher Associations (PTA) that you find in US and UK schools, with a separate Board of Governors that includes parents.

Education attendance is compulsory in all sixteen German states, in both public and private sectors. Homeschooling has been illegal since 1919. In very exceptional cases, you can take your child out of the education system and school them at home. You need to prove that attending school would cause the child unnecessary hardship. Only around 400 students across Germany are homeschooled. 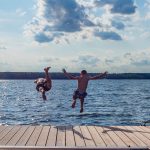