The German state pension: a guide to the German pension system

Find out if you can claim a German pension an expat. This guide explains your rights to a pension in Germany and how to join the German pension system.

If you are living and working in Germany, it is worthwhile to understand how the German pension works. When it comes to planning for your retirement, you could be eligible to claim a pension in Germany.

This helpful guide provides everything you need to know about German pensions, including:

Thinking of retiring in Germany? Hypofriend is a financial advisor operating in Germany. Their team of experts offers advice and guidance for expats trying to plan their finances for retirement. Choose the best pension options for you and get more out of your retirement pot with the professionals at Hypofriend.

The German pension system currently ranks 13th in the world according to the Global Retirement Index. Regardless of whether you decide to retire in Germany or move to another country, you’ll have several decisions to make about your German pension contributions.

Similar to many countries, Germany operates a three-pillar German pension system with three different pension types. Traditionally, many retirees in Germany relied on a generous statutory German pension. However, an aging population and a system where the not-yet-retired pay for the retired means that pensioners now take a diverse approach to planning their retirement funding beyond the German state pension.

The three pillars of the German pension system are:

What is the German pension age?

The German pension system, similar in other European countries, is currently undergoing some fundamental transitions with regards to pension age. Currently, the official pension age for women and men in Germany is 65 years. This will gradually increase to 67 years over a transition period from 2012 to 2029.

It’s possible to claim early retirement in Germany if you contributed for at least 35 years. This allows you to retire at 63 with a state pension, but the number of months you would have had to work until the German pension age of 65 (or 67 if born after 1963) is deducted from your pension entitlement. Each missing year results in a 3.6% reduction in entitlement, so if someone not eligible for retirement until the age of 67 retired aged 63, their pension entitlement would be reduced by 14.4%.

However, if an individual has contributed for 45 years, they are eligible to retire at 63 without having any German pension entitlement deducted.

Who is eligible for a pension in Germany?

This is dependent on the type of German pension you are applying for. It may require a minimum qualification period of working and paying German social security for 5, 20, 25, 35, or 45 years.

For the standard old-age pension the minimum qualifying period is five years.

Expats working in Germany can participate in the German pension system if they meet the eligibility criteria. In some cases, you may still qualify for a German pension even if you no longer live in Germany if you have contributed towards a pension scheme in Germany for five years or more. Details are available on the DRB website.

If you don’t meet qualification periods in Germany but worked elsewhere in the EU, you may be eligible to use the total number of years worked within the EU to count towards qualifying for a pro-rata German pension. EU citizens can typically combine pension entitlements from two or more EU countries. In some cases, your years worked in other EU countries can influence a higher German pension rate. The EU website explains it in detail.

For UK citizens retiring in Germany, there is also the possibility of benefiting from QROPS plans. These are essentially offshore pension plans that allow you to transfer your UK pension schemes and accrued payments abroad. However, you must get approval from HRMC to qualify for this.

There are many advantages to QROPS. However, they are not suitable or available to all UK pensioners. Take advice from an expert financial adviser such as AES.

Your annual salary determines the amount you contribute towards your state German pension (via social security contributions). Your employer automatically deducts this and also contributes an equal amount. The maximum contribution in 2018 was 19.5% of gross salary (9.75% by the employee and 9.75% by the employer). This will rise to 20% by 2025. The current contribution assessment ceiling is €6,500 per month in western Germany and €5,800 per month in eastern Germany. Those earning low incomes (less than €450 a month) are exempt from paying contributions.

State insurance contributions are not compulsory for self-employed workers in Germany (apart from certain categories such as teachers and midwives), who can choose to opt out and join a private scheme. Those who pay into the state scheme do so at a lower rate. See more about social insurance for the self-employed in the Expatica guide to German social security.

There are no minimum or maximum amounts paid on the state pension in Germany. The number of years worked, your age, and average income all determine the overall pension rate. The net replacement rate of the German pension (the percentage of your average salary your pension equates to) is 51%. This is below the OECD average of 63% and the EU average of 71% according to 2016 OECD figures. The German government recently announced plans to reduce this to 48% by 2025.

If you pay into the system but don’t fulfill the minimum of five years, you can get a refund on payments made. A refund of contributions, however, relinquishes your right to claim any German pension. Check the implications of a German pension refund or seek professional advice.

Once you claim a German pension as a resident, you may be liable for compulsory Pensioner Health Insurance (Krankenversicherung der Rentner – KVdR) along with Long-term Care Insurance (Pflegeversicherung der Rentner – PVdR) to cover costs of healthcare in Germany. However, this depends on your existing German health insurance. There are some exceptions that apply, so do some research or seek professional advice.

Many German residents top-up their state pension with private or company pensions. The take up of supplementary pensions in Germany has increased in recent years. This is due in part to government incentives such as subsidies and tax breaks.

There are various different employer pension plans, including:

Each employer scheme typically has its German pension system outlining contributions, conditions, tax deductions, and pension benefits. Some may offer more advantageous benefits than the state pension, for example, early payment of a pension.

These are pension plans for individuals through private pension providers. There are different types of plans available, including state schemes such as:

Those unable to work due to severe illness or disability can claim an old-age pension for Severely Disabled Persons at the age of 60 if they have been unable to work for at least 35 years of their working life. For those whose circumstances have resulted in fewer contributions (e.g., low-paid workers or those who have experienced long-term unemployment or illness), the qualifying periods can be extended. More information on minimum insurance periods is available on the English version of the Deutsche Rentenversicherung Bund website.

Other pensions in Germany

The other forms of pension in Germany besides the standard old-age pension are:

When assessing your eligibility for a new German pension, you typically must not receive more than a set level of income from the total of all your pensions, assets and earnings, which can include worldwide for some residents.

Applying for your German pension

In Germany, you won’t be automatically be given your German pension. You must apply and provide documentation to be approved (valid ID, proof of insurance plus relevant certificates, such as death certificate in the case of survivor’s pension). A delayed application can result in a delayed pension payment. The first point of contact is your local German pension authority (Deutsche Rentenversicherung), which you can do so orally or via email to initiate the process. They will then supply you with the relevant application forms to establish whether, if at all, you qualify and, if so, make sure you receive the appropriate pension entitlement from Germany or any other country that may be relevant to your situation.

Individuals can submit an application, although a legal representative or any authorized person can do so. In theory, you can apply to any authority that handles social security, as well as to local government administration offices or municipality town halls and consulates abroad. To speed up the process, apply at your closest pension authority. Make sure your documentation is original and complete.

Advice on pensions in Germany

With these types of financial decisions, it is always worth seeking professional advice from a financial advisor or solicitor to ensure you fully understand all German pension rules and taxes that apply, particularly if you have worked in more than one country. In any country, the intricacies of pensions can be complex and varying circumstances can make a big difference to whether you are eligible and – most importantly – the pension rate you will receive. 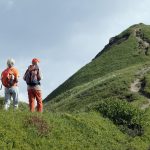