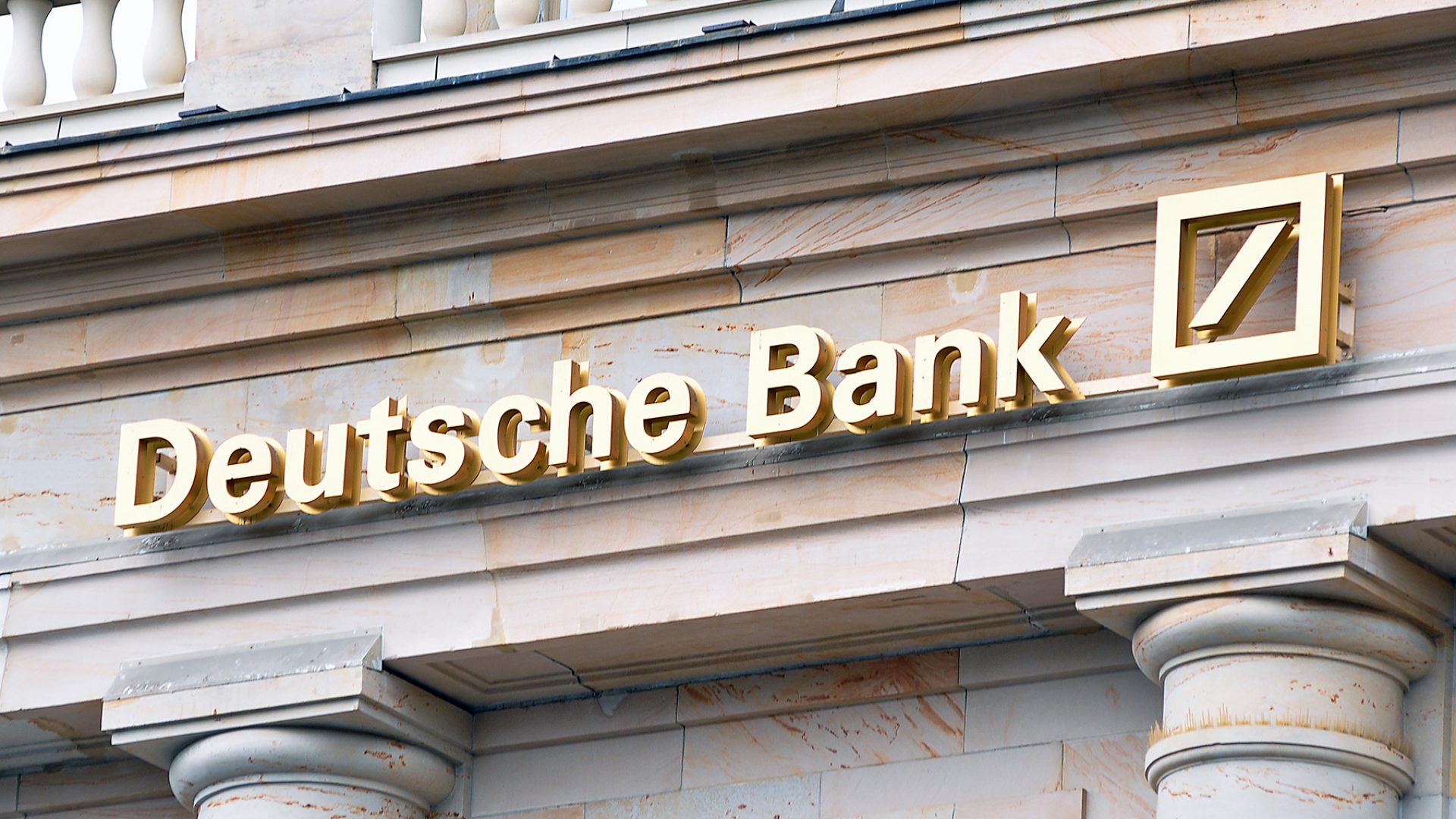 Guide to banking in Germany

This guide to banking in Germany looks at the German banking system and what banking options there are for expats in Germany.

Foreigners working in Germany can choose from a wide selection of German banks, online banks, and international banks. This guide gives an overview of what to expect from German banking services. It includes sections on:

N26 is the bank you'll love to use: open your bank account in just eight minutes without paperwork. Take control of your finances with one app where you can manage limits, set PIN, lock/unlock cards, and make no-fee transactions anywhere in the world

The banking system in Germany

Germany has a three-pillar banking system. This is made up of private commercial banks (the largest sector, making up around 40% of banking assets), public savings banks (Sparkassen and Landesbanken), and co-operative banks (Genossenschaftsbanken). These exist alongside international banks in Germany and a growing number of German online banks. There are only a small number of large, centralized banks; most of the banks in Germany are smaller, regional banks.

Altogether, there are 371 credit institutions including banks in Germany, 987 local cooperative banks, and 421 local savings banks. The Deutsche Bundesbank is the country’s central bank, while the German banking regulatory authority is the Federal Financial Supervisory Authority (BaFin).

Cash machines and ATMs in Germany

ATMs (Geldautomat) are at bank branches as well as supermarkets, shopping centers, train stations, and main streets. Using ATMs is free but there can be a charge of up to €5–10 if you use an ATM at a different bank. Some banks have partner agreements for fee-free transactions, such as Deutsche Bank and Barclays; it’s wise to check with your bank to see what agreements are in place for low-cost withdrawals. The three major German banks – Deutsche Bank, Commerzbank, and HypoVereinsbank – cooperate as the Cash Group; this allows free withdrawals at each others’ ATMs.

You can find the nearest ATM that takes Visa cards in Germany here. For Mastercard, see here. For American Express, see here.

Private banks in Germany make up around 40% of all German banks, with around two-thirds of them belonging to big centralized chains. There are also around 200 smaller regional banks in Germany. According to rankings published by Accuity, the best German bank in terms of assets is Deutsche Bank, which is also ranked number 16 in the world. Opening hours of German banks vary but standard business hours are typically from around 8.30–9am to around 4.30–5.30pm. Some banks open later on Thursdays and some open on Saturdays. Some smaller regional banks close for lunch.

Co-operative banks in Germany make up the third pillar. There are nearly 1,000 independent co-operative institutions, many of them operating under the Volksbanken und Raiffeisenbanken umbrella.

Many of the commercial, public, and co-operative banks in Germany also have online banking options, and there are also a number of online-only and mobile-only banks that have emerged in recent years. Online banking in Germany is fairly straightforward and very common. Besides most German banks offering online services, a number of banks focus solely on online banking.

Check out our directory listings for more banks in Germany

With a large selection of foreign banks in Germany, many expats choose to open an account with a bank from their home nation rather than a German bank. This can be a convenient option if your existing bank has a presence in Germany, as you can sort out the paperwork to transfer your account to the German branch before you travel to Germany.

Besides the larger, international institutions with offices in Germany, there are also local investment banks:

Most German banks offer a wide range of financial services similar to those offered in other European countries.

You can open an account with a German bank by visiting one of their branches in person. Direkt banks and some of the larger standard banks allow you to start an account online, although you will have to provide a notarized copy of your identification along with copies of other documents.

Documents to be provided include ID, proof of address, and proof of immigration status. Some German bank accounts require proof of employment status along with payslips (or proof that you are a student if opening a student account) and a minimum initial deposit to open the account. See our guide to opening a bank account in Germany for more information.

Germans still use cash in the majority of their financial transactions. Research by Deutsche Bank in 2018 found that 74% of transactions were carried out with cash, accounting for 48% of overall transaction value. Cash is used mostly for small bills in places such as bars and cafés and for transport fares.

Checks are now rare in Germany, although most establishments still accept them as a form of payment. Banks no longer issue checkbooks as a standard; if you open a bank account with a German bank, it’s unlikely that you’ll be making payments with checks.

There were 6 billion card payments in Germany in 2017, both debit and credit card, accounting for over one-third of overall payments. Debit cards are the more popular of the two with German consumers, with banks usually issuing Visa or Mastercard debit cards as well as contactless cash cards (girocards) which can withdraw money at ATMs and can be charged with cash. See our guide to opening a bank account in Germany for more information.

Direct debits (Lastschrift) are the most popular form of electronic payment in Germany. With around 7.5 billion direct debit payments made in 2017, it is the most popular overall form of payment. As a matter of fact, direct debit in Germany is commonly used for regular bills such as utility bills, insurance premiums, and membership subscriptions. Direct debits and standing orders (Dauerauftrag) are easy to set up in Germany. The difference between the two is that a direct debit is set up with the company you’re paying and gives them permission to take an agreed amount from your account. On the other hand, a standing order is an instruction given by you to your bank to pay a fixed amount to a third party at regular intervals. Both direct debits and standing orders can be canceled at any time.

Germany currently lags behind the leading European countries in terms of mobile payments, with only around 11% of smartphone users making payments with payment apps. Online payments are more common in Germany, mainly through debit and credit cards. PayPal is very popular for e-payments in Germany, while other commonly used service providers include Google Pay, Apple Pay, and mobile banking apps. See this guide to mobile banking in Germany for more information.

Transfers between bank accounts in Germany are usually done by standing order, direct debit, or bank transfer (Uberweisung). These are all either free or low cost. As Germany is a Eurozone country, money can be transferred to banks in Germany from other Eurozone countries for the same cost as a local transfer (under SEPA agreements).

International transfers between banks in Germany and banks outside the EU/EEA will usually involve a charge which varies between banks. You will need to provide the International Bank Account Number (IBAN) and SWIFTBIC (Bank Identifier Code) for the bank that is receiving payment. For international money transfers, there are alternative solutions to banks which could prove cheaper and more convenient, such as:

Accounts and services with German banks are not always free of charge so it pays to shop around to see what is free and what costs are attached. Each bank should provide you with a list of charges and the information can also be found on many bank websites. Current accounts in Germany can range between being free and around €5 a month, sometimes a bit more. ATM use is free if you use a machine from your own bank but you may be charged around €5-7 if you use an ATM belonging to a bank that doesn’t have an agreement in place with your bank. Debit cards are usually free to use but credit cards can vary between being free and costing in excess of €100 annually, plus APR (annual percentage rate) fees.

Costs for loans and mortgages in Germany depend on APR, plus some providers may also attach additional fees. Overdraft interest rates are usually between 4-12%. Money transfer costs also vary, usually depending on where the money is going, how much is being paid, and how quickly you want it paid. SEPA transfers are usually free (or around €5 for instant payments). Transfers to non-EU/EFTA nations usually start at around €10, with large payments costing more.

Expats living in Germany may find that opening an international offshore account is the best way to manage their finances. Having an offshore account is particularly helpful for anyone who works abroad, spends a lot of time in more than one country, or frequently transfers money between countries.

Offshore accounts are located outside the holder’s country of residence and usually offer distinct advantages such as a wider range of cross-border services and lower taxation on funds. They are generally considered to be stable, reliable, and secure.

Both Deutsche Bank and Commerzbank have international arms that offer offshore banking.

Banking security and fraud in Germany

Banking fraud is becoming more sophisticated in the digital age and there are various scams that customers have to watch out for. There were around 800,000 incidences of bank card fraud in Germany in 2016, costing around €132 million of damage. Common scams to watch out for in Germany are phishing (when someone tries to access your account password details online or over the phone), false online purchases that ask for money upfront, and fake emails that include an offer attached to making an initial fee payment (e.g. emails saying that you have won a prize).

You can protect yourself against fraud and scams when banking in Germany by:

German banks have improved their security measures in recent years, with online and mobile accounts in particular moving away from password protection and using biometric ID security (e.g., fingerprint or face recognition).

If your bank card gets lost or stolen in Germany, you should take the following measures:

See our guide to emergency numbers in Germany for a full list of useful numbers including stolen credit card number hotlines.

Making a complaint about banks in Germany

If you are unhappy with the way you have been treated by a German bank, you should first try to resolve this through the complaints department of the bank. If it cannot be resolved to your satisfaction this way, you can make a complaint to the independent Financial Ombudsman in Germany. The service is free although you will have to cover costs such as postage or any legal fees should you consult with a solicitor. If you are unhappy with the outcome of your complaint to the ombudsman, you can still take legal action through the German courts.

Alternatives to using banks in Germany

If you don’t want to bank with a private German bank or international bank in Germany, you can choose to open up an account with one of the many cooperative banks or public savings banks. These banks may offer different services than commercial banks, or services at different rates, although they will be less geared towards expats and less likely to have English-speaking staff. The EU bank website has a list of cooperative banks and public savings banks in Germany. 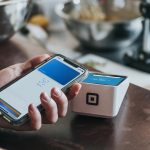 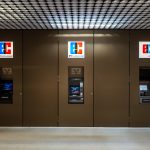