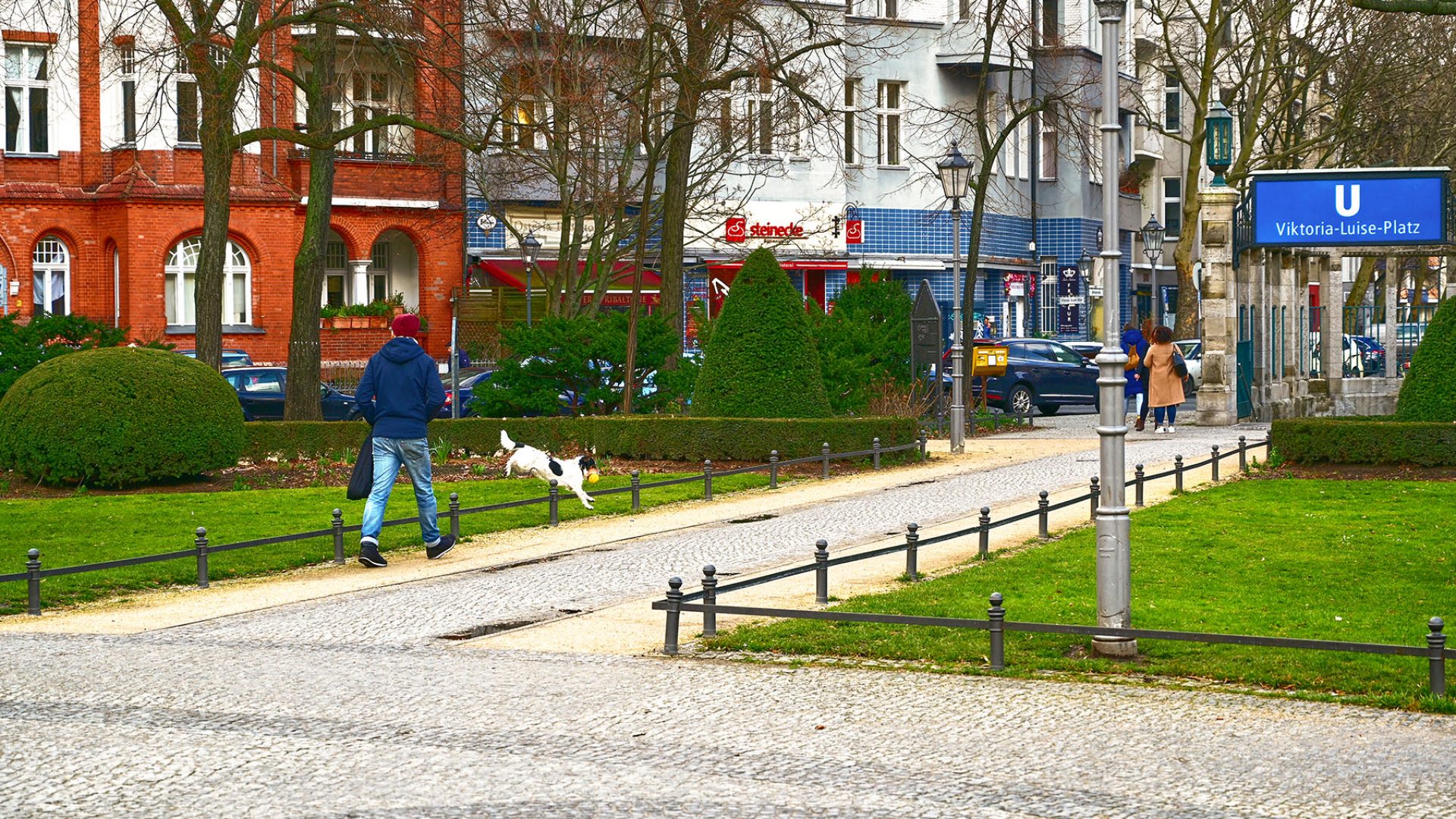 Bringing your pet to Germany

If you plan on moving to Germany with pets, there are certain rules relating to importing them into the country.

Pets, it would seem, have a good life in Germany. They regularly turn up (with their owners) for business meetings, dishes of water often appear when they are taken to even the most expensive restaurants and small areas are sometimes set aside for them in exclusive shops or hairdressing saloons when they visit with their owners.

However, while pets are welcome in Germany, you must adhere to certain strict German rules relating to your pet’s relocation. Thankfully, our guide to bringing your pet to Germany provides information on the following:

Transporting your pet to Germany

One of the first things you’ll need to arrange is how you’re going to get your beloved pet into the country. This will largely depend on where you’re relocating from. Within Europe, you may be able to drive to your new home. However, many expats will be arriving by public transport or airplane.

Pets are also allowed on German public transport – usually for free – otherwise you can buy a train ticket so they can travel with you on the German rail system, at about half the normal fare. In some cases, they also seem to have little trouble flying with you on planes. But it is advisable to notify the airline that you would like to be accompanied by your pet when you book the flight.

Be aware that no more than five pet dogs, cats, and ferrets can be imported into Germany for non-commercial purposes.

The airline will normally insist that you acquire a special traveling container for the animal that is ventilated and allows the animal room to move and lie down. Label your pet’s kennel carefully and prominently so that it won’t get lost during the transit. Ensure that your pet has adequate food and water for the journey.

The rules regarding approved types of containers for cats, dogs, ferrets, and birds flying in the cabin and as cargo were created by the International Air Transport Association (IATA) and for the most part have been accepted by the world’s airlines. You should read the IATA requirements before traveling with your pet.

Pets in the cabin

On flights of less than 10 hours, many airlines will allow small cats or dogs to be taken with the passenger in the cabin (although may be banned on flight to the UK and Hong Kong). Generally, the airline will only allow one pet per passenger and a maximum of two pets per cabin, so you should reconfirm at least 48 hours in advance. The container for the pet must fit under the seat in front of you and must have a waterproof bottom and adequate ventilation. The Sherpa, Bergan, and SturdiBag pet carriers are all airline compliant as long as the carrier is the proper size for your pet.

Vaccinations for pets in Germany

If you want to bring a cat or a dog into Germany you should start organizing early, as there is quite a lot of paperwork required. If all the documents are not fully completed the animal could be quarantined.

Vaccinate your pet for rabies before departing for Germany. If you wish to enter the country with your pet, German officials require proof that your cat or dog has received a vaccination (signed by an authorized veterinary practitioner) at least 21 days before the trip. As all pets must be vaccinated before entering the EU, there is a ban on bringing cats and dog less than 15 weeks old into Germany (considering a pet cannot be vaccinated before 12 weeks old, plus a three week waiting period). See the conditions as defined by the EU.

Pets entering Germany from a country with a high incidence of rabies must have a Blood Titer Test one month after vaccination and three months prior to departure. Your pet will also need a visible identification tattoo or a microchip in order to travel to Germany. See which countries are listed as low or high risk.

European Union pet owners are now required to have pet passports when travelling with their animals. The passports, which are required before allowing an animal entry into an EU member state, are to include the pet’s microchip or tattoo number for identification, as well as other data such as records of all vaccinations and clinical examinations.

One aim of the European Pet Travel Scheme, which covers cats, dogs and even ferrets, rabbits and rodents, is to provide proof that the animal has been vaccinated against rabies, with the passport also setting out details of the pet’s tick and tapeworm treatment. When travelling, the pet owner must ensure that the rabies vaccination in the passport is valid or else renew the pet’s vaccination.

EU pet passports can be issued by a veterinary practitioner, however, the practitioner must be authorised for this purpose by the competent authorities.

The accompanying person must provide a declaration in writing stating that the animal’s movement is not intended for sale or a change of hands. Read more about German regulations for bringing a pet to Germany.

Pet insurance in Germany and other important information

Once you arrive in Germany, you will find that you will have to obtain the landlord’s permission before keeping a pet in rented premises. Search for accommodation that allows pets: ‘Haustiere Erlaubt‘ (pets allowed).

Dogs have to be licensed in Germany, usually for an annual fee. They can be registered at the local Rathaus or communal office in most cities. In some places, you can avoid one year of fees by taking a course to get a dog license – Hundeführeschein – which involves an exam on your rights and duties as a pet owner. Cats are not required to have a license.

Dogs have to be kept on a lead in certain, such as in public parks and buildings or on public transport, and are not allowed in playgrounds or cemeteries. The rules differ between cities.

You should also keep a plastic bag with you when on excursions with your dog, as it is required to ensure that the animal does not foul the pavement, otherwise in some cities you could face a fine.

Despite the apparent ease with which pets move around Germany, there are certain places, such as butchers, grocery stores, hospitals, pharmacies, private buildings or children’s playgrounds, where dogs are not necessarily welcome or they are not allowed to go to the bathroom. When this is the case you will see a sign with a drawing of a dog and the words ‘Wir muessen leider draussen warten‘ (unfortunately, we have to wait outside), or other written requests of the premises’ owners. However, some places provide facilities for your dog to be left outside, for example, supermarkets will generally provide bowls of water and places to tie your dog.

In general, as a dog owner you are required to ensure that your pet does not endanger any persons or cause any damage to property. Indeed, because pet owners in Germany are legally responsible for the animal and its behavior, it is advisable to arrange a special personal liability policy for pet ownership.

The launch of the EU pet travel plan has coincided with moves towards tighter restrictions on pets in many EU nations, including Germany.

All German cities have various restrictions on the use of leads when taking dogs in public places. But Berlin’s city assembly passed a tough law in 2013 for dog owners in the German capital, which imposes specific restrictions on leads and requires chips to be implanted behind the animal’s ear.

The aim of the chip is to ensure that animals cannot simply be abandoned. The new law means current dog owners have five years to make arrangements for the chip, which has to be implanted by a veterinary surgeon.

At the same time, the new law also requires dog owners to arrange personal liability insurance cover. This applies to all newly purchased dogs. Existing owners will have about five years to sign up for insurance cover.

The new Berlin law additionally reinforces strict rules on so-called fighting dogs with the owners of 10 particular breeds, including bull terriers and American Staffordshire terriers. This will require the dogs to wear a muzzle outside the home and in general to be on a lead.