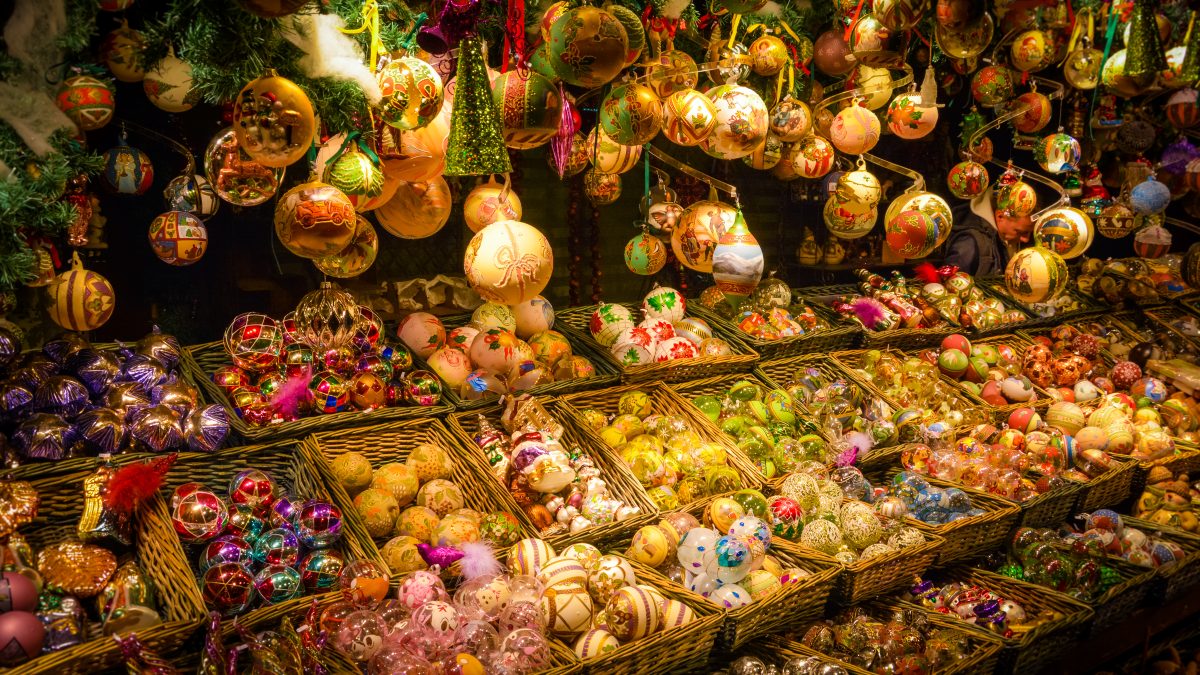 Few countries are as renowned throughout the world for the way they celebrate Christmas as Germany. Here’s a guide to some of the best Christmas markets in Germany.

There may be no place like home for the holidays but Berlin certainly does its best to make you feel otherwise. Decked out in lights, wreaths and tall pines, it is aglow with Christmas spirit before Americans have even thought about carving their Thanksgiving turkeys.

One of the must dos in Germany when Advent arrives four weeks before Christmas is to visit the Christmas markets. People come from around the world to experience these Noel extravaganzas, particularly those in Germany. They first appeared in the German-speaking areas of Europe in the late Middle Ages, and countries such as Germany and Austria have upheld the tradition. Having heard endless hype about them, I decided to head over to the one in the Charlottenburg district of Berlin on 22 November, opening day.

Honestly, I was in no mood for a montage of Christmas spirit. It was cold and wet out and I had just been ID’d by two men and their muzzled German Sheppard. Still, I couldn’t help but feel rising anticipation as I spotted the blue and purple lights illuminating the Charlottenburg Palace.

The market area itself is blocked off by white boards lined with bobs of light. As I enter, a small village spreads out in front of me, one that looks strikingly as though it has been built by elves. Little wooden huts of light, smelling fiercely of pine and boasting an assortment of food and an array of handmade treasures, line up next to one another.

I can’t possibly walk slowly enough to take in everything. I’m torn between the smells of the bratwurst sausages and roasted peanuts, and the carvings of the intricate small wooden toys, handmade soap, and candles resting in glistening glass dishes.

I asked one man, who was selling Panforte (an Italian type of fruitcake) at a stand draped in greens and reds, if this was his first time working the Christmas market. The man, David, said he was originally from Nuremberg, which hosts probably one of the most famous and well-known Christmas markets in a country full of them. It was his second time gracing the Charlottenburg market, one he characterises as less traditional and offering more unusual and upscale wares than other markets.

“This is all stuff that is not ordinary… you can’t get it everywhere,” he says, slicing into a new piece of Panforte and eagerly pushing a free sample at me. “We have stuff from Italy and from France,” he adds, gesturing to the rest of the Italian styled, nut-filled candy.

He also pointed out the wooden area that boxed him in, saying that he loved to ‘create’ the space. His sister, he said, would bring music the next day and his girlfriend showed up some minutes later, arms cradling a bag of food.

“It’s like a big party,” David said, smiling and handing over another free sample. “This one’s different,” he added when I tried to reject it.

He says that what appeals to him most about the Christmas market is the community that has sprung up around it.

“These people in the wooden houses, they are all very friendly,” he said. “You know each other from last year and it’s fun to hear what they have done in the last year.”

“I like the communication with the other sellers,” his girlfriend Anna-Lema piped in. “It’s fun!”

For your own taste of homely holiday feel, check out one of the many Christmas markets throughout Germany, all with their own special flair.

You can search for more Christmas markets in Berlin here.

One of the newer markets in Berlin, it hosts cosy indoor eating areas sheltered by glass walls, horse-drawn carriage rides and exhibits you can visit within the palace.

This market is framed by the concert house and French and German cathedrals from the 18th century. Entertainment from acrobats, musicians and other performers take the stage each evening. Entrance is EUR 1, or free Monday to Friday, between 11am and 2pm.

It’s Berlin’s biggest market. A Christmas rock concert plays on Fridays at 6pm. Live animals are set up in a crib on Reformationsplatz and the arts and crafts section hosts an area where you can make your own crafts.

In addition to the stalls at this market, it is surrounded by many other shops that will help you check off everything on your Christmas list. It also hosts a large public ice skating rink.

Boasted to have Europe’s largest mobile toboggan run. This is one of the features of the Potsdamer Platz Christmas market, nicknamed Winter World.

Its’s not uncommon to see fairytale-themes at the city’s main Christmas market on Rudolfplatz, with characters dispersed throughout. The ‘Nikolausdorf‘ (St Nick’s Village) on Rudolfplatz creates a family-friendly atmosphere.

At Heumarkt, visitors will be thrilled to find a spectacular skating rink. The ‘Markt der Engel’ (Angel Market) on Neumarkt has a sea of stars, while the market between Rudolfplatz and Schaafenstraße is the gay-lesbian Christmas Avenue market, with a party atmosphere and diverse programme of stage events. You’ll find a maritime ambience at the Harbour Christmas Market next to the Chocolate Museum, or for a more idyllic setting, the Christmas market in the Stadtgarten sells unusual handicrafts.

An average of three million people a year make their way to this market. A huge Christmas tree serves as the backdrop for a number of concerts and other performances.

The atmosphere created by the medieval walls surrounding this market help transport you back in time at Germany’s most famous market. A display showcases old market stalls, and another section hosts stalls specifically for children. The surrounding churches put on numerous Christmas concerts. 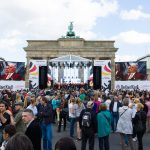