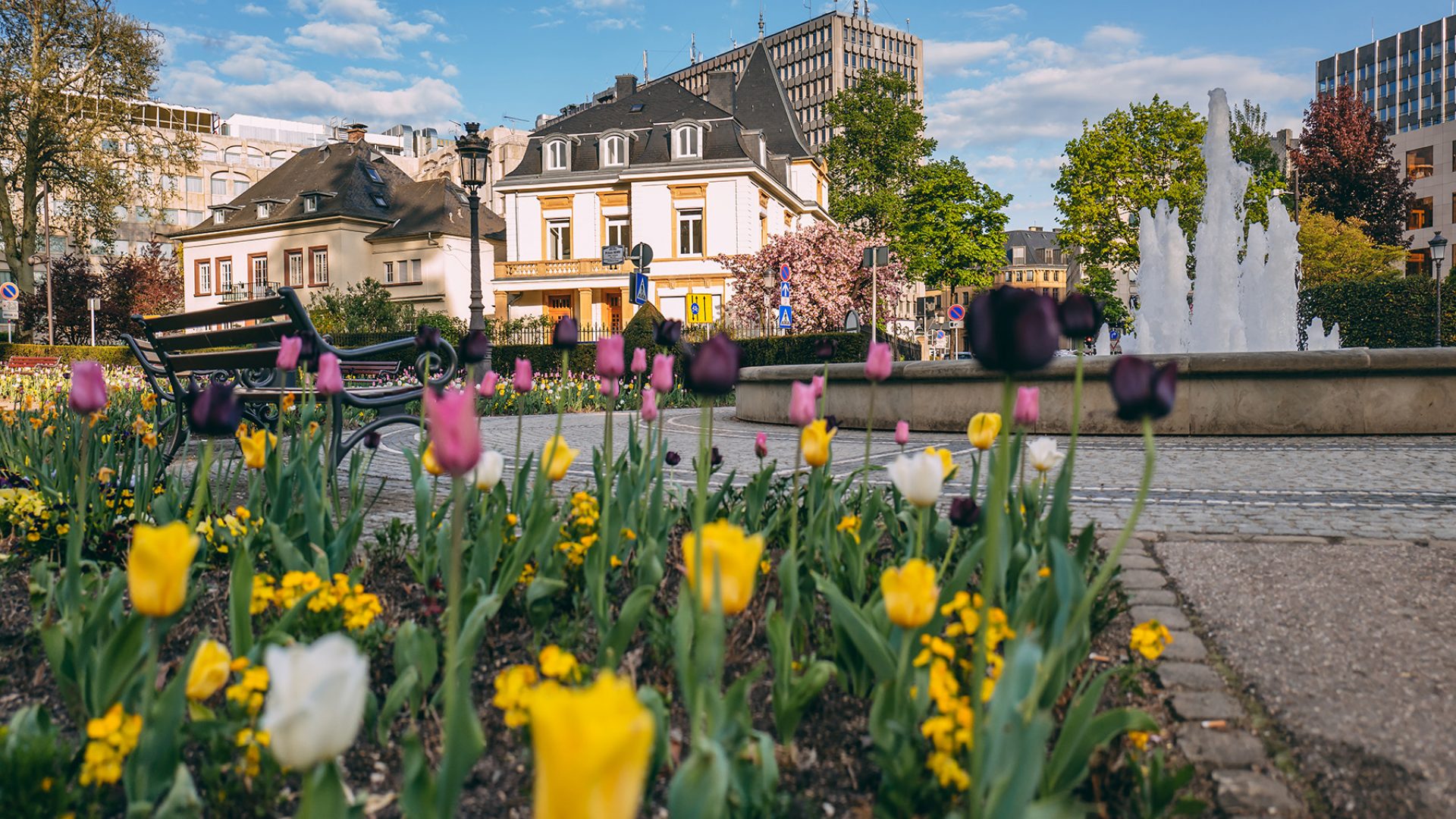 An introduction to Luxembourg, including facts on the government, Luxembourg’s regions and some of the best sites Luxembourg has to offer.

Luxembourg is known for being micro enough to go overlooked, but it is full of big surprises. An insanely sophisticated multilingual identity? Check. Appealing tax breaks? Check. More Michelin-starred restaurants per capita than any other country? Check! Introduce yourself to a casual lifestyle that includes a strong economy and scenic landscape as well as a small-town atmosphere.

Luxembourg has a temperate climate, with cool summers and bearable winter averages. Rain and cloudy weather is a staple that comes and goes at times by the minute. As the sixth smallest nation in Europe, it is only about 1,000 square miles in size. While it takes about an hour to drive through, the country is divided into the northern hilly Ardennes and southern flat lowlands. The Ardennes is a hilly area sharing the border of Germany with river valleys, forests, and plateaus, in addition to small populated towns. In the south, however, the land is more populated and full of fields and hillsides for grape vineyards. Luxembourg also shares the Moselle valley with Germany, and the local white wines are well known and popular.

The majority of Luxembourg’s population (about 600,000) live in the southern part of the country, with about 20% residing in and around the capital, Luxembourg City. Esch-sur-Alzette, Differdange, and Dudelange are the next three large towns averaging at about 10,000 residents per place. About 150 different nationalities have lived and worked in Luxembourg over generations of immigration since the 1800s. The ethnic makeup of a typical Luxembourg resident is also a melting pot, and race relations tend to be rarely strained. Crime rates are low, the atmosphere is casual, and people also go about their lives with a “live and let live” approach. While Roman Catholicism is the dominant religion, the country recognizes many others and respects the personal religious beliefs of others (if it does not cause harm).

The international identity of the country stays strong within its three official languages of Luxembourgish, German, and French. While this might sound like an impossible feat, learning multiple languages start as early as age four at pre-school. As a result, it is not uncommon to speak all languages during an average day at school or work. Primary education runs for about six years, and secondary education another six years before deciding whether further studies should be held at a lycee classic or lycee technical. On top of a multi-lingual background and specialized education, a Luxembourg student usually finishes their education further with a bachelor’s and eventual master’s degree, often in international-course academia.

As one of the top ten countries with the highest GDP in the world, most of Luxembourg’s wealth is from its 19th-century industrial revolution in the steel industry from its iron ore mines. Today, the international finance industry is key here, and banking is the largest economic sector. The largest concentrations of banks in the EU are in Luxembourg. In fact, the sector employs tens of thousands of people to work in these incorporated or foreign banks and other branches of finance.

What are the best cities in Luxembourg?

Thanks to its low corporate taxes, banks, and entrepreneurs as well as the 9,000 other holding companies established see Luxembourg as a lucrative home office. As a telecommunications hub, Luxembourg is also home to Europe’s largest private broadcaster, RTL (Radio Television Luxembourg). The world’s biggest satellite services company, SES (Societe Europeenne des Satellites), also has its headquarters in Luxembourg. In 2016, the minimum monthly wage in Luxembourg was €1,922.26, one of the highest in the world. However, Luxembourg’s cost of living is exorbitant, and many who work in Luxembourg (about 120,000 workers) find themselves commuting from its bordering countries like Belgium, France, and Germany.

The Grand Duchy of Luxembourg is a constitutional monarchy. While the duke, currently Henri of Luxembourg, can hire and fire ministers, most political practices are made by the prime minister. The government is currently a coalition of the Democratic Party (DP), the Social Democracy (LSAP), and The Green Party. There are 60 seats in the Chamber of Deputies, and elections happen every five years (the next is in 2018). The Prime Minister, Xavier Better of DP, is in fact one of Europe’s first openly gay leaders. The last general election was in 2013, and the usual voter layout is a LSAP stronghold in the southern industrial belt, while the DP’s liberal values fit those of the entrepreneurs and upper-middle class, and the strongest party in the country, the CSV (Christian Social People’s Party) is favoured by conservatives across Luxembourg.

In 1952, Luxembourg became one of the EU headquarters. Luxembourg is also home to the following institutions: the Secretariat of the European Parliament, Commission of the European Communities, Court of Justice and Court of First Instance, European Investment Bank, Court of Accounts and Computing Centre and the Translation Service.

Regions in Luxembourg and tourist information

A small capital with a big heart. The old town is wedged between two spectacular gorges and is in fact on the UNESCO World Heritage List. The city contains the historic Luxembourg Castle, established by the Franks in the Early Middle Ages.

Known for its impressive medieval castle as well as a beautiful location in the Our valley, near the border between Luxembourg and Germany.

Echternach lies near the border with Germany and is the country’s oldest town. It grew around the walls of the Abbey of Echternach, founded in 698 by St. Willibrord and is, in fact, the largest town in the Mullerthal region.

Little Switzerland, also known as Mullerthal, is the smallest of Luxembourg’s sub-regions and covers only 7 percent of its territory. The landscape is dominated by craggy terrain, thick forests, caves, and streams.

“The Family of Man”, a famous photography exhibit collected by Edward Steichen, is on permanent display at Clervaux Castle.

Esch-sur-Sûre is a small town situated on the river Sauer. As a matter of fact, the town’s prominent castle, and part of the town below it, sit on a spur of land within a sharp turn of the river.

Home of the Industry and Railway Park where you can ride on a century-old steam train.

Located in the very south of the country, close to the French border. Journey into the heart of an old iron ore mine in Rumelange.

Luxembourg’s largest lake is a great place for boating activities and is also surrounded by hiking trails that bring you closer to the scenery of the Ardennes.

One of the country’s largest museums has exhibits about military operations in the Ardennes as well as the history of the military in Luxembourg.

The ruins of this medieval castle are located on an isolated promontory with an impressive view. For a list of even more castles in Luxembourg, click here.

The Moselle valley is a region famous for its beautiful scenery, as well as wine-growing excellence. The most notable wines produced here are Reisling, Elbling, Müller-Thurgau, Kerner, and Auxerrois. Towns in Luxembourg along the Moselle River include Schengen, Remich, Grevenmacher, and Wasserbillig.

The official website of the Luxembourg Government provides detailed information on the current government, its members, structure, working procedures, as well as the political program. Users can also find a comprehensive guide to the Grand Duchy, its geography, history, demography, language, and culture.

Introduction to the country

The Luxembourg National Tourist Office site provides general information on the country, its regions, and culture. It also offers tourists tips on what to see and do as well as information on accommodation and travel. To download their 84-page brochure as a pdf, click here. 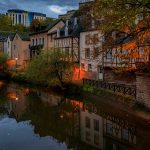