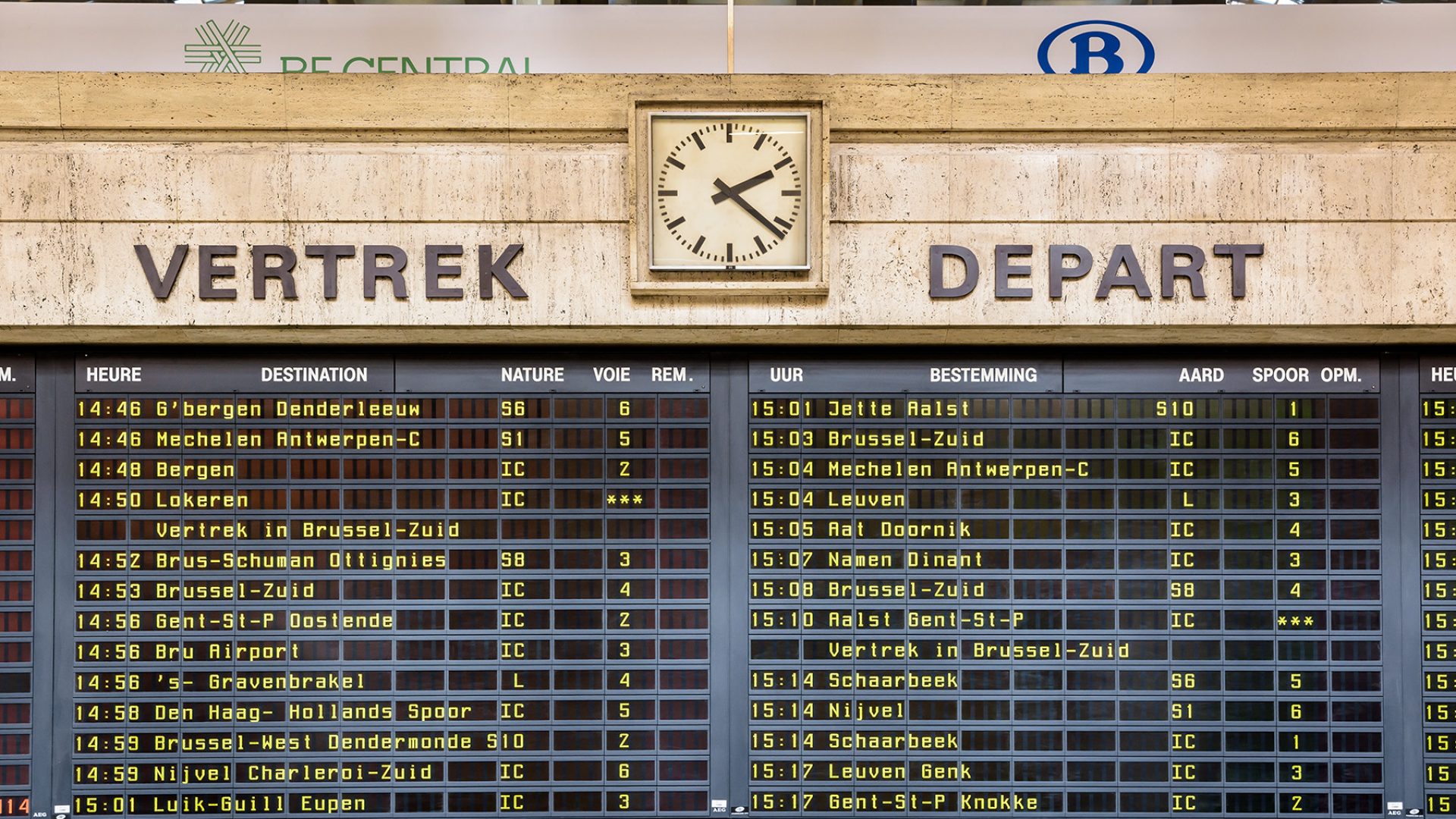 A close look at language classes offered in Brussels, listing the main language schools in the region, the methods of instruction, and lesson prices.

As home to the EU headquarters, it’s no surprise that Brussels has the largest concentration of language schools in Belgium. Most schools teach the country’s three official languages – Dutch (Flemish), French and German – as well as a number of languages, such as Italian, Portuguese, Arabic, Chinese, Japanese and Russian.

While Flemish is spoken by most of the Belgian population, French is more commonly used in Brussels. If you’re eager to integrate faster with the local community, learning French, Dutch or German is a must.

Students can learn French, Dutch, and German via one-on-one sessions, small groups, distance learning, or even online. Many schools or tutors offer negotiated rates, so check if any apply to you or your group. Remember to also ask your company if they typically pay for language learning; in Brussels, it is common practice for employers to pay half – or sometimes, the full amount – of your language courses.

Whatever your preferred method of learning is – whether it’s written theory, intensive individual lessons, conversational language or home-based online training – you can find a language course to suit you. Linguistic proficiency is assessed following the CEFR (Common European Framework of Reference for Languages: Learning, Teaching, Assessment), the guideline use for foreign language learners across Europe.

Below is a list of some of the main language schools in Brussels. Additionally, La Maison de la Francité and Huis van het Nederlands Brussel can point you to specific courses in French and Flemish, respectively, that meet your needs.

In Brussels you can also find freelance language teachers who work with schools and offer private lessons on the side. If this method appeals to you, don’t hesitate to ask if a teacher offers private lessons.

Practice is also important. Your can brush up your new language skills in informal settings and language exchange groups, such as Franglish, Brussels French Language Meetup, Language Café, Brussels Language exchange and Brussels Tandem. These groups are great for improving your conversational skills while introducing you to new people in Brussels.

Alliance Française has been teaching French to students since 1945. Group classes are priced at around €130 to €496 while private courses begin at €53 per hour depending on your level. Prices may be higher than some other courses, but there is also much benefit from the international recognition of your Alliance Franç<aise certificate.

A well-known school in Brussels, Amira Language School has courses that can begin at any point because of their step-by-step program. Individual classes are available but group classes are also fairly small, allowing teachers to focus more on your improvement.

Berlitz is an international language academy that offers instruction in Flemish, English, French, German, Spanish, and Italian. Instructors can come to your business or you can go to their location in Brussels. Contact them and they can ensure classes are tailored to your needs, or find you a group class that’s suitable. Berlitz also offers language classes to children and teenagers.

Since 1987, Call International has been offering training for all levels in French, English, Dutch, Spanish, Italian, German, Portuguese, and other non-European languages. They offer general or tailored, professionally-oriented language courses, such as business English or courses in medical, legal, banking, and technical terminology, depending on your needs.

CEFR teaches French lessons to groups and private pupils in-class and in the comfort of their own home. Students range from ages 14 to 70 and the school strives to cater to everyone’s needs, which are outlined on a free evaluation test.

CLL, which is affiliated with the Université Catholique de Louvain, offers intensive courses in French, Dutch, English, Chinese, Romanian, Spanish, Italian, German, Portuguese, Arabic, Japanese, and Russian. CLL has two centers for language learning in Brussels and has courses for adults, teens, and children. They also have a Language Study Abroad option for young students and classes begin at three points during the year.

The CPAB offers lessons in Belgium’s three official languages and has small groups composed of 8 to 16 students. Pupils get the benefit of state-of-the-art equipment, which is used for multimedia material in classes. There is also a language laboratory, computer rooms for Computer Aided Language Learning and smartboards in some classrooms.

This school is a non-profit organisation that aims to offer language courses at the lowest prices. Europa Language School offers more than 15 language courses and focuses on tailored individual courses for professionals, academics, and newcomers to Brussels.

Language courses taught by Eurospeak range from €30 for a 30-minute telephone lesson to €250 for a one-week, 20-hour summer course. They offer language courses to companies, schools, organizations, and individuals.

Formed as a partnership between the Université Libre de Bruxelles, the Brussels Chamber of Commerce (BECI) and the City of Brussels, Fondation 9 is a school offering mainstream languages to individuals and businesses. Courses are tailor-made and a variety of interactive teaching methods are combined to meet each individual’s needs.

Languages Unlimited provides a more intimate learning experience in close proximity to the EU Headquarters. The small school specialises in one-on-one sessions but also offers business presentation and report writing courses in most European languages. As it’s a business-oriented language school, they also have special courses in presentation, examination preparation, and courses for translators and interpreters.

One of the foremost language institutions around Belgium, Lerian-Nti also has a branch in Brussels. They teach varying language courses in Dutch, French, English, German, Spanish and Italian from immersion programs, business courses, e-learning, Skype and phone sessions, writing, and other ‘blended’ lessons; you can even ‘compose’ your own course.

OpenContext employs the communicative method when teaching students Flemish, English, French, Spanish, and German. All teachers are native speakers and only teach in their native tongue. Students have the option of taking on-on-one sessions, semi-private classes, and even Skype lessons.

The Academic Language Center (ACTO) of the VUB offers state-subsidized language lessons for all levels in French, Flemish, English, German, Italian, Spanish and Modern Greek. The minimum age for enrollment is 16, and you must set up an appointment to determine your aptitude. Due to high demand, the test does not ensure you a spot. The ACTO also provides language support and courses for researchers and lecturers and other translation services.