Home Working in Belgium Finding a Job How to find jobs in Belgium
Last update on July 23, 2020
Share

Find work in Belgium with this complete guide to jobs in Belgium, including Belgian job websites, recruitment agencies, the jobs in demand, the local job market, and the permits required to work in the country.

This guide to jobs in Belgium includes:

Many foreigners easily find work in Belgium and chances of finding jobs in Belgium‘s main cities, particularly jobs in Brussels, are increased by the extensive international business scene and European Union (EU) presence.

With many EU institutions, NATO and lots of other major international organizations and multi-national companies based in Brussels, there are a great many jobs in Belgium for foreigners. However, in a country with three official languages and many more used in its cosmopolitan capital of Brussels, you’ll give yourself the best chance of finding a job in Belgium if you have good language skills; you’ll also be competing with locals who are typically bilingual or multilingual, including a decent level of English proficiency, meaning there can be more competition for jobs in Belgium for English speakers. This guide, however, aims to help foreigners find work in Belgium by listing where to find the best jobs in Belgium.

In the second half of 2016, Belgium’s unemployment rate stood at 7.6%, slightly lower than the EU average of 8.3%. However, youth unemployment (those under 25) was higher than 20%; in previous years, the largest increase in unemployment has been among those with higher education level qualifications.

Most Belgians work in the service sector – legal, banking, media and tourism – with around a quarter working in industry, including textiles, glass, engineering, car assembly, and chemicals. The Belgian government maintains a list of key sectors in Belgium.

Belgium has one of the highest minimum wages in Europe – in 2017, Belgium’s minimum wage started at around €1,532 (for 18+ years olds) to €1,591 (20+ years, with at least one year of experience). Belgium, however, also has one of the highest tax rates in Europe, ranging on a sliding scale between 25 percent up to 50 percent depending on how much you earn. You can also read more in our guides to Belgian minimum wage and average salary, taxes in Belgium, and Belgian social security.

Most available jobs in Brussels are for highly skilled workers within the services sectors, such as finance, international institutions and businesses, estate agencies, education, and public health and social services. Despite Belgium’s unemployment rate, the country reports an ongoing issue with skill shortages, particularly in IT and engineering.

Some shortage jobs include jobs such as:

There are also more flexible procedures for shortages occupations; you can see lists of shortage occupations on the regional work websites – Forem in Wallonia, VDAB in Flanders – plus other government website such as werk-economie-emploi.brussels and metiers.siep.be. Unemployed workers may also qualify for study programs (in French) in a shortage occupation.

The EU and NATO also employ a large number of foreign workers.

The duality between the French- and Dutch-speaking regions is reflected in the Belgian workplace, which has traditionally followed the French hierarchical style where top managers make all the decisions. This, however, has been increasingly moving towards the more egalitarian Dutch approach of flatter and more open organisations, with more information flow and delegation. So while companies may still be fairly hierarchical, management authority rests more on competence and the aim is usually to reach a consensus or compromise – which can often be a protracted process. Belgians also appreciate logic and reasoning and expect arguments to be backed up by clear facts and figures. They also value personal contact so not all business takes place by email or over the phone.

You may be offered a temporary contract at first as a trial period. In general, you’ll most likely work a 38-hour week with eight-hour days, around 20 days a year holidays plus 10 Belgian national holidays. Employers divide yearly salaries into 13.92 months in order to provide extra income at different times of the year, giving an extra 92% in spring as holiday pay and an extra month at the end of the year. You can also read more in our guide to Belgian business culture and employment contracts in Belgium.

All EU/EEA (European Economic Area – EU plus Iceland, Liechtenstein, and Norway) and Swiss nationals can work freely in Belgium without the need for a work permit, although if you’re planning to stay longer than three months you’ll need a registration certificate. Read even more in our guide for EU citizens moving to Belgium.

Citizens from elsewhere will generally need a work permit, and certain nationalities will also need a visa to enter the country, although exemptions apply. You can also read more in Expatica’s guide to Belgian work permits.

Languages required for jobs in Belgium

There are three official languages in Belgium: Dutch is spoken in the Flemish community in the Flanders region to the north of Belgium; French is spoken in Wallonia to the south of Brussels; and German is spoken in the southeast. Between 10–20% of the country, especially those in the Brussels-Capital region, are bilingual and speak both French and Dutch. You would most likely be expected to speak the language of the particular region in which you’d be working. In some cases, mainly in international companies, English may be sufficient. You can find many language schools in Belgium if you need to improve your language skills.

If you come from a country signed up to the Bologna Process you will have your educational qualifications recognized in Belgium. Everyone else should contact NARIC (Flanders) or the Education section of the Ministère de la Fédération Wallonie-Bruxelles (Wallonia) to get foreign educational certificates of all levels recognized in Belgium. If you want to work in certain professions, you may have to have your professional qualifications, both your training and experience, officially recognised or regulated before you can work in Belgium. Check here to find out if you need to have your profession regulated and how to go about it. Learning experts Springest, can also help you decide on suitable courses to follow to help you find your dream job.

On Expatica’s Belgian job search, you’ll find a constantly updated list of jobs in different sectors across the country.

If you’re from the EU, EEA or Switzerland, you can search for jobs in Belgium through EURES, the European Job Mobility Portal. This is maintained by the European Commission and designed to aid freedom of movement within the European Economic Area (EEA). As well as looking for work, you can upload your CV and get advice on the legal and administrative issues involved in working in Belgium.

Each region of Belgium has its own public employment office where you can browse job vacancies in Belgium, upload your CV, search for training courses, or get advice on your job search from a consultant online or at a local office:

The European Union employs more than 40,000 people in various institutions, many of which are in Brussels. You do have to be a member of an EU country and usually also fluent in at least two or more languages. For information about working for the EU, current job vacancies both permanent and temporary, and to make online applications, see the European Personnel Selection Office (EPSO). You can also check EuroBrussels for jobs in EU organisations based in Brussels.

NATO (the North Atlantic Treaty Organisation) also employs a lot of foreigners but you must come from a NATO country to apply.

Check out vacancies at other international agencies and non-governmental organisations (NGOs) based in Belgium in the press in your home country or on the agency websites. You can find the names of all the NGOs in Belgium in the WANGO directory.

Jobs in Belgium for English speakers

Sign on with as many recruitment agencies as possible. They tend to specialise in different sectors. Look them up in the Belgian Golden Pages (in English). They should be recognised by the trade federation Federgon. You’ll also find most of the usual European and international employment agencies – such as Adecco, Hudson and Manpower Belgium – in Brussels and other major cities.

You can apply to become an English-language assistant in a state school or college through the British Council if you have an A-level, B1 or equivalent in French. If you have a TEFL/TESOL qualification you can look for a job with a private language school or business at TELF.com, ESL Base or i-to-i.

You can find job ads in the weekend editions of the main national newspapers such as:

These newspapers also have their own dedicated online jobs pages: Le Soir, Politico and Grenzecho.

Belgium, and especially Brussels, is a fantastic place to network with so many international companies and expats already working there. As a result, many positions get filled through word-of-mouth without the need for advertising. There are trade associations, business groups and professional bodies, and networking organisations.

Here are a few of them:

You can also get in touch with other expats working in similar fields through meet-up groups.

Speculative job applications are an acceptable way to find work in Belgium. Find companies by searching online at:

You can also look up international companies with offices in Belgium. When you submit speculative applications, make sure you find out which language to use and to whom you should address it.

Traineeships, internships and volunteering in Belgium

The EU offers traineeships for university graduates via the European Commission Traineeships Office (Bureau de Stages), otherwise internships or summer placements can be arranged by AIESEC (for students and recent graduates) or IAESTE (for students in science, engineering and applied arts). Internships can also be found at Europlacement and Intern Abroad.

For those aged between 17 and 30, volunteer programs are arranged by the European Voluntary Service (EVS), where you work abroad for up to 12 months in exchange for board, food, insurance and a small allowance. Concordia is another organisastion for volunteer opportunities.

Start your own business

Foreigners can also consider setting up a business or as a freelancer in Belgium.

Applying to jobs in Belgium

Once you have found suitable Belgian jobs, you’ll need to know how to put together a Belgian-style CV and cover letter to make sure your application gets the consideration it deserves. To find out how to prepare your CV and covering letter, and well as what to expect in a Belgian job interview, see our guide to Belgian CVs and interview tips.

It has become increasingly popular in recent years to seek work in a different country than you live in. The Good Care Group are always looking for new candidates in the care-giving sector in the UK. As a cross-border commuter, you benefit from living in your home country and working in another, providing the opportunity of embracing and experiencing a different culture. Living in-house also ensures you become part of a close-knit team and make a real difference to those who need it. You receive an unrivaled employment package including: paid annual leave, 24/7 staff support and flexible rota patterns, ensuring a healthy work/life balance.

Information on working in Belgium 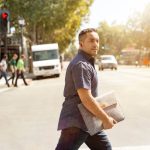 Current trends in the job market in Belgium