A guide to the Belgian pension system

If you live and work in Belgium as an expat, understanding the Belgian pension system and how it works is key to safeguarding your retirement.

Learn how to safeguard your retirement in Belgium by finding out if you are entitled to a Belgian pension, as well as how the Belgian pension system works, with this helpful guide from Salvatore Orlando, head of expatriates at BNP Paribas Fortis.

This guide includes topics such as:

The pension system in Belgium comprises of a state pension, occupational pensions, and private pensions. Pensions are available to residents aged over 65; this figure is likely to rise as the government looks to cut a spiralling pension bill brought about by an ageing population.

According to OECD data, approximately 30% of Belgians are over 65 years old; a figure that is higher than the average of 28% in the rest of Europe. Figures from ING bank show that the average state pension in Belgium for employees is €1,100, €2,600 for civil servants, and €900 for self-employed workers.

Upon retirement, how much you will receive in pension income depends on what you earned during your career. There is, however, a minimum state income for pensioners with low earnings.

Defined benefit and defined contribution schemes are both in existence in Belgium. Occupational pension plans are usually provided by companies or operate across industries. The benefits of the former depend on the particulars of your contract, while the latter tend to be decided through agreements with unions in your industry.

The Financial Services and Markets Authority (FSMA) oversees occupational pensions and pension funds. Insurance companies are regulated by the National Bank of Belgium.

Changes to occupational pensions in 2019

In 2019, the Belgian government made changes to supplementary occupational pensions, meaning companies could no longer restrict access to employees aged at least 25 or with at least one year of seniority. Now, employees will immediately enter into their workplace pension scheme upon employment.

New rules were introduced in March 2019 to allow workers who don’t have a suitable occupational pension (of 3% or more) to instead contribute to a private person through their salary.

It is also possible to take out your own private pension in Belgium, with a range of providers offering products to suit different circumstances and the different risk appetites of investors.

Who is eligible for pensions in Belgium?

To qualify for a Belgian state pension, you must have been employed in Belgium with an employer who paid contributions to the Belgian National Office for Social Security (RSZ). Self-employed workers can also claim a Belgian pension under similar conditions, provided you have paid into the social security scheme in Belgium.

Currently, payment of a Belgian state pension (rustpensioen/pension de retraite) begins when you are 65 years of age. You will need to have worked at least 45 years to get the maximum pension.

The Belgian government plans to raise the retirement age to 66 in 2025 and to 67 in 2030 for men and women; meanwhile, the minimum years worked will increase to 42 years.

What happens if you’re not eligible for the full pension?

It is possible to get a state pension from the age of 65, even if you haven’t saved enough money in your pot.

Pensions for low-earning residents are administered through the Income Guarantee for the Elderly (GRAPA) scheme, which is available to people with monthly financial resources of less than €1,121.72 (single) or €747.81 (married or cohabiting). The GRAPA allowance kicks in to take your income up to these minimum levels. You can apply for GRAPA on the Request Pension website.

Even if you are eligible for a more comprehensive state pension, it still might not be enough for you to live off. With this in mind, it is important to be proactive and prepare for your retirement ahead of time.

You can do this by paying into a personal pension plan. These plans are available through a range of large banks; these are usually paid out in one lump sum when you turn 65. These plans are best for people who plan to lock away their money until the age of 65, as they will need to pay penalties if they withdraw funds early.

You qualify for early retirement if you have been made redundant and are eligible for unemployment benefits, or you can prove that you have worked the minimum number of years to retire.

You can have an early retirement at the following ages:

In Belgium, the gap between the actual retirement age and the official retirement age is larger than in most other European countries. The government has been trying to close this gap by making changes to tax rates on pensions. Those who retire at 60 are taxed at 20%, which is 3.5% higher than the rate for a 65-year-old. Furthermore, there is a rate of 10% if you retire at 65 and stay professionally active.

Pensions in Belgium for expats

Whether you can transfer your existing pensions to Belgium depends on whether your country has an agreement with the Belgian government.

If you reside in any of these countries, you must submit your pension application to whichever institution is responsible for pensions in your current home country. Be sure to mention the bilateral conventions.

There are many advantages to QROPS, however they are not suitable or available to all UK pensioners, so we highly recommend you take advice from an expert financial adviser such as AES. Read more in our guide to QROPS.

Currently, the maximum state pension for employees who have worked 45 years is €3,100. This figure varies dramatically, from €6,700 for civil servants down to €1,800 for the self-employed. In reality, however, these figures are much lower.

Data from ING Bank shows that the average pension for employees is €1,100, €2,600 for civil servants, and €900 for self-employed people. Your pension is based on how many years you have worked and how much you have earned. The National Pension Office will calculate the amount you will receive based on your average wage over your career; converting past salaries to what they would be worth today.

How the Belgium state pension is calculated

A single person will usually receive 60% of their average wage, and a married person 75%. You can calculate your approximate pension by using the following formulas:

Pensioners in Belgium are also entitled to a holiday allowance, which is paid each May. This amounts to a maximum of €1,1017.76 for pensioners who are married and €814.22 for a single person. Note that if you have any additional professional income while receiving a state pension, your pension may be reduced or stopped.

You can use the calculator provided by the Federal Pension Service to see how much you might receive in a pension.

As living entirely from your state pension is not realistic, there are options for supplemental pensions. One option is an occupational pension scheme, in which company pension plans are administrated via an insurance company. Previously, the law dictated that occupational pension plans guaranteed minimum returns of 3.75% on employee contributions and 3.25% on employer contributions. A new law changed this as of January 2016, and there is no longer a fixed rate.

Another option is a private pension plan, which you can organize with your bank or insurance company. This kind of pension enables you to take your retirement savings into your hands while still qualifying for a state pension. You can make contributions to your pension plan, growing your savings with interest until you are ready to retire. The contributions can be deducted on your income tax return.

Pension plans for the self-employed are also available via banks or insurance companies. You can determine how much you contribute and how often, and premiums are tax-deductible.

New rules which came into force in March 2019 allow employees to make contributions to an individual supplementary pension plan with whichever provider they choose; if they don’t have access to an occupational plan where the contributions are at least 3% of their salary.

Contributions are deducted from your salary and sent straight to your pension provider, meaning there are no tax or Belgian social security implications for the employer.

Other pensions in Belgium

In the case of one spouse passing away, the surviving partner qualifies for survivor’s pension. The condition is that they must be at least 45 years old. If they are younger than 45, however, they can still receive a survivor’s pension. This is on the condition that they have a child or are 66% or more disabled. However, if you don’t meet these conditions, you can have a temporary pension, usually up to one year.

There are also pension options available for divorced spouses and separated spouses, for which you can find full details on the Federal Pension Service website.

Applying for your Belgian state pension

If you live in Belgium, you do not have to apply for your pension. Rather, the National Pension Office will contact you one year before your retirement begins. Similarly, if you are applying for GRAPA, you will need to do this yourself a year before you are due to retire.

If you qualify for a Belgian pension but live in a European Economic Area country, you can download the application and send it to:

Once you have received your pension notice, it is possible to track how much you are projected to earn on the My Pension website.

Pensions can be a complicated business, so it’s important to take financial advice before making decisions on your pension. You can seek further information from the following sources: Get advice on your pension plan
Advertisement 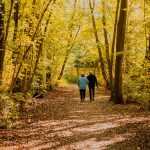 A guide to retiring in Belgium