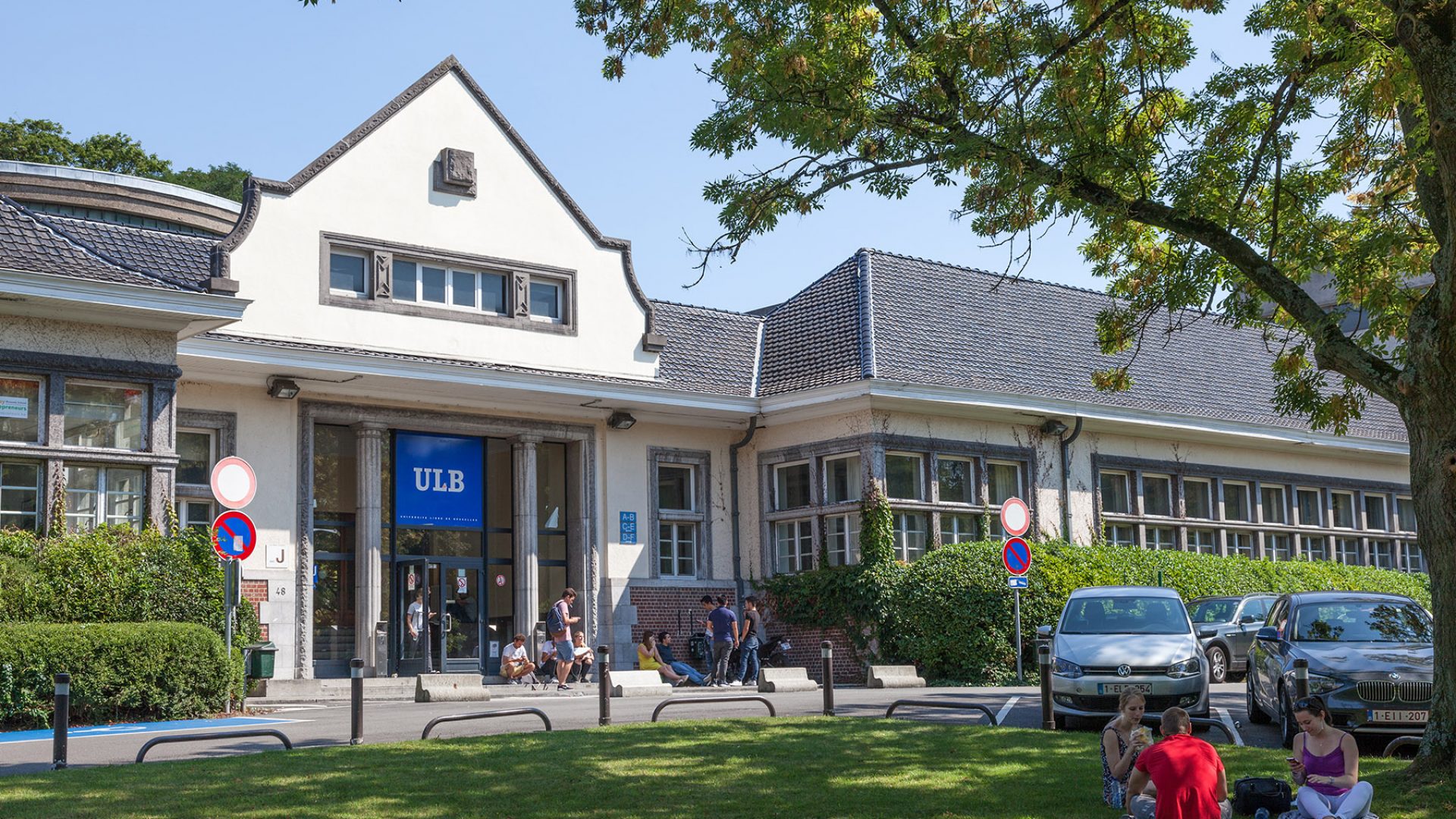 We outline the top universities in Belgium as well as how to apply, the level of fees, and what they offer international students.

However, there are plenty of courses, particularly at Master’s level and above, that are entirely taught in English. In addition, universities often offer cheap (or free) courses in Dutch or French. The university system in Belgium is fairly vast. A significant number of foreign students study international courses at both undergraduate and postgraduate level.

Higher education (hoger onderwijs/enseignement superieure) in Belgium is provided by universities, university colleges (hogescholen/hautes ecoles), and government-recognized institutions. However, only universities can award PhDs. The governance of the universities falls to the Dutch- and French-speaking regions but many courses are taught in English.

You can also find a number of language schools in Belgium if you opt to study in a local language. With Brussels being the hub of European business, economy, and politics, it is no surprise that both Belgian and international universities offer many courses that center around business.

How to apply to study in Belgium

Each higher education institution determines its own admission requirements. Students holding a Belgian secondary school diploma (CESS) or international equivalent are eligible to apply. However, some faculties require an entrance exam for admission, for example, medicine, dentistry, and engineering science. Furthermore, the university you wish to attend will supply specific information. You can find a list of higher education institutions in Flanders via Study in Flanders or Vlaanderen. Alternatively, you can search the French communities via Enseignement (see annuaires).

Once accepted, a student will receive an acceptance letter; this is necessary to complete registration and apply for a visa if required. For nationals coming from outside the EU, the Belgian immigration office supplies information on visa and permit requirements. You will generally need to show you have the equivalent qualifications for your course and sufficient funds to support yourself; currently around €600 per month. Additionally, you may require proof of language proficiency in the language of the course.

Diplomas and certificates awarded outside the EU may need to be authenticated to be recognized in Belgium. Alternatively, you can obtain the Belgian equivalent. The Belgian FPS Foreign Affairs Ministry provides information for the legalization of foreign documents. Otherwise, the local authority where you plan to study will supply an equivalent. The Flemish National Academic Recognition and Information Centre (NARIC-Vlaanderen) manages authentication in the Flemish community. You can also find information on equivalence services in the French communities at Equivalences.

The government sets the registration fee for each establishment and reviews it annually. There are different fee levels depending on the student’s financial situation, the level of study, and nationality. There are government-set fees for European students (€500–600), otherwise, you must pay the institutional fee; which is considerably higher. There are many grants and scholarships available; search Diplomatie Belgium for scholarship information.

Located near Brussels, Katholieke Universiteit (KU) Leuven is the oldest existing Catholic university in the world and dates back to 1425. It is also Belgium’s biggest university. It offers courses in 11 Belgian cities and remains an important center of higher learning and scientific research; catering to more than 55,000 students, of which around 16% are international.

The Université Libre de Bruxelles (ULB) has one of the highest rates of foreign students in Belgium. In fact, it constitutes one-third of the student population. It was founded in 1834 and includes several university hospitals. It also manages zones devoted to research and contributed to the education of four Nobel Prize winners. The most recent was François Englert for his part in theorizing the Higgs particle. Other winners include Jules Bordet for Medicine in 1919, Albert Claude for Medicine in 1974, and Ilya Prigogine for Chemistry in 1977. The university is also a founding member of the International Forum of Public Universities (IFPU). It works in partnership with the Universities of Oxford, Berkeley, and Paris IV, among others.

The Université Catholique de Louvain (UCL) was originally part of KU Leuven but was moved to the French-speaking area of Brussels around 1970. This was as a result of changes in the education system. It combines the traditional with the modern; attracting some of the most qualified students, researchers, and teachers from Belgium and beyond. Almost one-fifth of the student population comes from abroad.

The Vrije Universiteit Brussel (VUB) is a Dutch-language university in Brussels. It was initially formed as a part of the French-speaking Université Libre de Bruxelles (ULB) before becoming a university in its own right in 1970. At this time, significant legislative changes heralded in a new educational era. Many courses are available in English, including Master’s and PhD degrees.

The University of Liège, founded in 1817, is the public university of the Walloon Brussels Community. It is also part of the Wallonia-Europe University Academy. There are some 20,000 students across nine faculties, comprising around 20% of foreign students. It has a large focus on facilitating mobility and its practices have received EU recognition. Individuals such as Nelson Mandela, Yasser Arafat, Shimon Peres, and Salman Rushdie have received honorary degrees.

The Universiteit Antwerpen’s (UA) history is grounded in commerce and is the product of three joined institutions. With some 13% of more than 20,000 students coming from abroad, it offers several postgraduate courses in English across nine faculties. UA has close ties to Antwerp University Hospital (UZA), Antwerp Management School (AMS), and other higher education institutions that belong to the Antwerp University Association.

The Ghent University, or UGent, became the first Dutch-speaking university in Belgium in 1930. More than 50,000 students and staff now attend the university. This includes a sizeable international crowd that is attracted to the university’s science and engineering programs. It offers advanced degree programs, many of them in English, and boasts several Nobel Prize winners over the course of the university’s history.

Vlerick Business School is a triple-accredited, international business school at the heart of Europe. It ranks number one in the Benelux for executive education and 19 in Europe. Each year it welcomes 545 MBA and Masters students from 50 countries onto our world-class programs. These are based in Brussels, Ghent, Leuven, and Beijing. More than 7,400 executives from across the globe join its executive education and customized programs.

The school boasts specific expertise in Digital Transformation, Entrepreneurship & Innovation, Healthcare, Energy, and Financial Services. Its 22,000 alumni are active in businesses in more than 100 countries. It has close ties to KU Leuven and Ghent University; plus strategic alliances with Peking University and the University of Stellenbosch Business School. Furthermore, it is constantly building its global network of corporate partners.

Belgian universities and colleges consist of several international institutions; some of which offer their own graduate and postgraduate programs.

The College of Advertising and Design is a higher education art college. It specializes in design, advertising, graphic and web design, interior architecture, and digital animation. Interestingly, it is one of the few colleges in Belgium and France to provide an English/American-style education. Some 170 students attend the college.

The College of Europe is a unique and innovative postgraduate institute of European studies. It was founded in 1948 and is located in Bruges and Natolin (Warsaw, Poland). The EU governments finance the college and it offers one-year Master’s degrees. Graduate studies are in international relations, law, political and administrative sciences, economics, and general European studies.

The VUB and Boston University established the American-style Vesalius College in 1987 to offer undergraduate education in English. The college offers three-year European Bachelor’s degree programs in business, communications, international affairs, and international and European law. Vesalius and its degree programs are registered and accredited with the Flemish government in Belgium.

The Brussels School of International Studies (BSIS) is a postgraduate school tied to the University of Kent in Brussels. Located in a newly acquired facility overlooking its partner schools, the BSIS offers postgraduate programs in politics, international relations, law, and economics.

CERIS (Centre Européen de Recherches Internationales et Stratégiques) is a postgraduate school. It offers a Master’s course in international politics and a Master’s in development policy. Furthermore, it offers postgraduate certificates, which can be studied externally.

The University of Maryland offers undergraduate and graduate courses covering arts, science, business and management, information technology, and more. In Belgium, it operates from three locations and has online courses as well.

The United International Business Schools has campuses in Antwerp and Brussels, alongside several locations in Europe and Asia; where students can transfer on a quarterly basis. It is an independent and accredited private institution offering flexible business, management, language, and cultural studies at undergraduate and postgraduate levels.

The ICHEC Business School has more than 60 years of experience, and more than 2,000 students each year. It awards Bachelor’s and Master’s degrees in business management, science, and engineering. Additionally, it offers day and evening classes and bilingual courses that encourage language skills.

The Solvay Business School offers undergraduate and postgraduate courses in economics, business engineering, and management science. It is associated with the Université Libre de Bruxelles and its programs provide training in international management skills. Furthermore, students may customize their program to specialize in European or international areas, networks, internships, or study abroad.

For several years, the United Business Institutes have been offering an MBA program in the heart of Brussels; alongside its BA and DBA programs. Additionally, the school is able to offer European validation by the Middlesex University London. It also facilitates the transfer of business academic credits for both incoming and outgoing students.

The European Institute for Public Administration (EIPA) has locations in Brussels, Luxembourg, Maastricht, and Barcelona. It provides courses in European affairs oriented towards the practice of lobbying and other training. It also offers Master’s programs in European public affairs and legal studies.

The Institute of Tropical Medicine in Antwerp has specialized in research and training in tropical medicine and healthcare in developing countries since 1906. Additionally, the World Health Organization has recognized it as a reference center for AIDS research and tropical diseases. A small body of around 500 postgraduates and medical doctors study here. 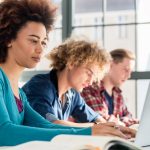