Home Moving to Belgium Where to Live Where to live in Belgium
Last update on October 07, 2020
Share

Living in Brussels is common, but there are many picturesque cities and communes to live in Belgium, such as Antwerp, Ghent, Tervuren, or Waterloo.

Beyond living in Brussels there are plenty of main Belgian cities and communes that make great homes for expatriates moving to Belgium. With good road networks in Belgium, it’s possible to live farther afield than Brussels and commute to work. With Belgium being renowned as having some of the worst traffic jams in Europe, being connected to the Belgian public transport system may also be a consideration when choosing a city to live in Belgium. Here are some of the best Belgian cities and communes to live in.

Antwerp offers a truly multicultural environment with an ingrained mix of nationalities. There is a well-sized population of British and American families and a good choice of English-speaking clubs and societies, plus several international schools. With the added fact that the majority of Flemish speakers speak English, Antwerp becomes an attractive place to relocate. Besides Antwerp’s English-speaking communities, there are several other well-established international communities that contribute to Antwerp’s dynamic multicultural environment.

Antwerp’s focus on fashion and cultural tourism has earned it the title of ‘trendiest city’ in travel articles. There are also numerous business establishments owing to the port and industrial development, plus a young population drawn to the university facilities and rising job opportunities.

Most families tend to live in the north of the city with its residential flavor and gardened houses. Single expats tend to live in the midst of it all in beautiful, albeit expensive, apartments. Up and coming areas include the redeveloped museum area and parts of Berchem with grand Art Nouveau houses and a slightly bohemian feel. Another rising neighborhood is ‘t Eilandje, surrounded by the docklands in the north and close to Antwerp’s giant contemporary museum, MAS. The urban set favor apartments in the area between the river and Nationalestraat, known as St Andries, which has the feel of a village within the city.

Popularly known as ‘Northern Venice’, Bruges is one of Belgium’s most attractive cities with its cobbled lanes, medieval canals, and imposing buildings. Living in this little UNESCO World Heritage city will take you to Belgium’s historic past while still enjoying the comfort of a lively and modern atmosphere. Bruges is often teeming with tourists but despite the crowds it has maintained a friendly, small-town feel — with lower property prices to boot — appropriate for single expats or families.

Those seeking more action will find it in the Market Square and Burg neighborhoods. Market Square is in the heart of the city while Burg is located in the east. Both neighborhoods boast Bruges’ main attractions, such as the belfry tower, town hall, and various museums. There are also numerous restaurants, cafes, chocolate shops, and a steady stream of horse-drawn carriages.

If you have children or prefer to stay away from the center bustle, the districts in the outer ring beyond the canals are a good option. Sint-Jozef, Sint-Pieters, Sint-Andries, and Sint-Michiels are four of the most popular residential neighborhoods outside Bruges’ center. You will find peaceful suburban retreats with lots of green spaces and even historic castles just a short ride away.

Often called Belgium’s most beautiful city, Gent is growing in popularity with its dynamic mix of cosmopolitan and provincial town feel. Gent is a prominent student town but there is a good mix of locals, students, and expats who call it home. The blossoming University of Ghent is influencing the city to become a strong research and development center, retaining more young professionals. With plenty of canals, there’s also opportunities with river-view apartments.

The most popular locations for expats in the city center are Muinparkwijk, with its affordable houses and gardens, and Coupure, full of old houses and a delightful river running through it. Patershol and Prinsenhof are lively central areas of winding cobbled streets, restaurants, and museums but for a quieter central neighborhood, south-east Visserij offers leafy paths along a waterfront and rows of terraced housing that adjoin grand manor houses and industrial lofts. Many families also make the decision to live outside the city limits in the surrounding villages, where they can enjoy a rural lifestyle with space for the children and easy access to the city.

This area outside the Brussels region is a French-speaking enclave in the Flemish belt. The most expensive part to live is down by the lake with its Geneva-style waterspout, water sports facilities, and five-star hotel.

Genval is just a 20-minute train journey away from the center of Brussels, so it is an ideal commuting location.

A little over half an hour drive east of Brussels is the vibrant culturally diverse student city of Leuven. While its architecture is as beautiful as any Belgian city, the real draw here is its vibe. With a population of just under 100,000 and students attending world-renowned university KU Leuven numbered at almost 58,000, it’s a hub of constant activity with fairs, market days, sports competitions, free concerts, and music festivals happening year-round. During the day, residents can be seen lounging at the city’s various restaurants, cafés, and parks while nights are usually spent in the Oude Markt with friends and some beers.

Property and rent prices are generally cheaper in Leuven than its big-city counterparts, to cater to the international student crowd. Lower prices, however, come with steep competition so it’s vital to do your research early before moving to Leuven. The city of Leuven is made up of five communes: Leuven, Heverlee, Kessel-Lo, Wilsele, and Wijgmaal, all of which have much to offer.

The center of Liège has a good stock of apartment buildings, and expats tend to gather around a cluster of streets including boulevards Frère Oban and Piercot, Le Mont St-Martin, Botanique, and Les Terrasses. Outremeuse, the island area in the middle of the Meuse river, is becoming a desirable area for its cultural character. The city center is renowned for its busy folk festivals and varied nightlife.

Suburban living includes the university area of Le Sart Tilman and also Cointe and Embourg. Expat families can easily commute from surrounding areas if they want more space or school options, although accommodation can be harder to get.

The city of Louvain-la-Neuve, originally built for students, is now a thriving cosmopolitan hotspot for both the working professional and young families alike. Comprising five different styled districts: Biéreau, Lauzelle, Hocaille, Bruyères, and Baraque, it has something for everyone ranging from lively bars and restaurants to cultural gems such as the Hergé Museum.

As the focus here is on sustainability and environmental awareness, much of the city is car-free, giving plenty of options for you to enjoy nature in the nearby woods and around the central lake. Being conveniently located just 30km southeast of Brussels, it is an attractive option for the international commuter.

In this officially Dutch-speaking area, you’ll hear French and English on the streets among a number of languages. A large population of expats have been attracted to this lush country living at the edge of Brussels, with its great park surrounding the Africa Museum and The British School at its heart.

As Tervuren is known for being one of the richer areas of Belgium, houses are expensive but big, with acres of land and a real sense of owning your own patch. You need a car to live here, but it’s also at the end of one of the world’s most beautiful tramlines. Tervuren is best suited to families as life here is rather quiet. The south-bordering commune, Overijse, is a scenic area also popular with expats.

Waterloo is a small French-speaking municipality popular for its self-containment, meaning there is no need to drive in and out of Brussels when you need something.

It’s a popular area for expats with a raft of international schools and cheaper housing options than Brussels. Housing tends to be big with ample land, plus there’s a good high street of shops and clusters of big out-of-town shopping centers. It has become particularly popular with Americans and Scandinavians. 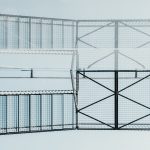 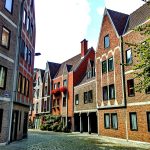 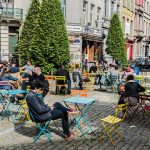