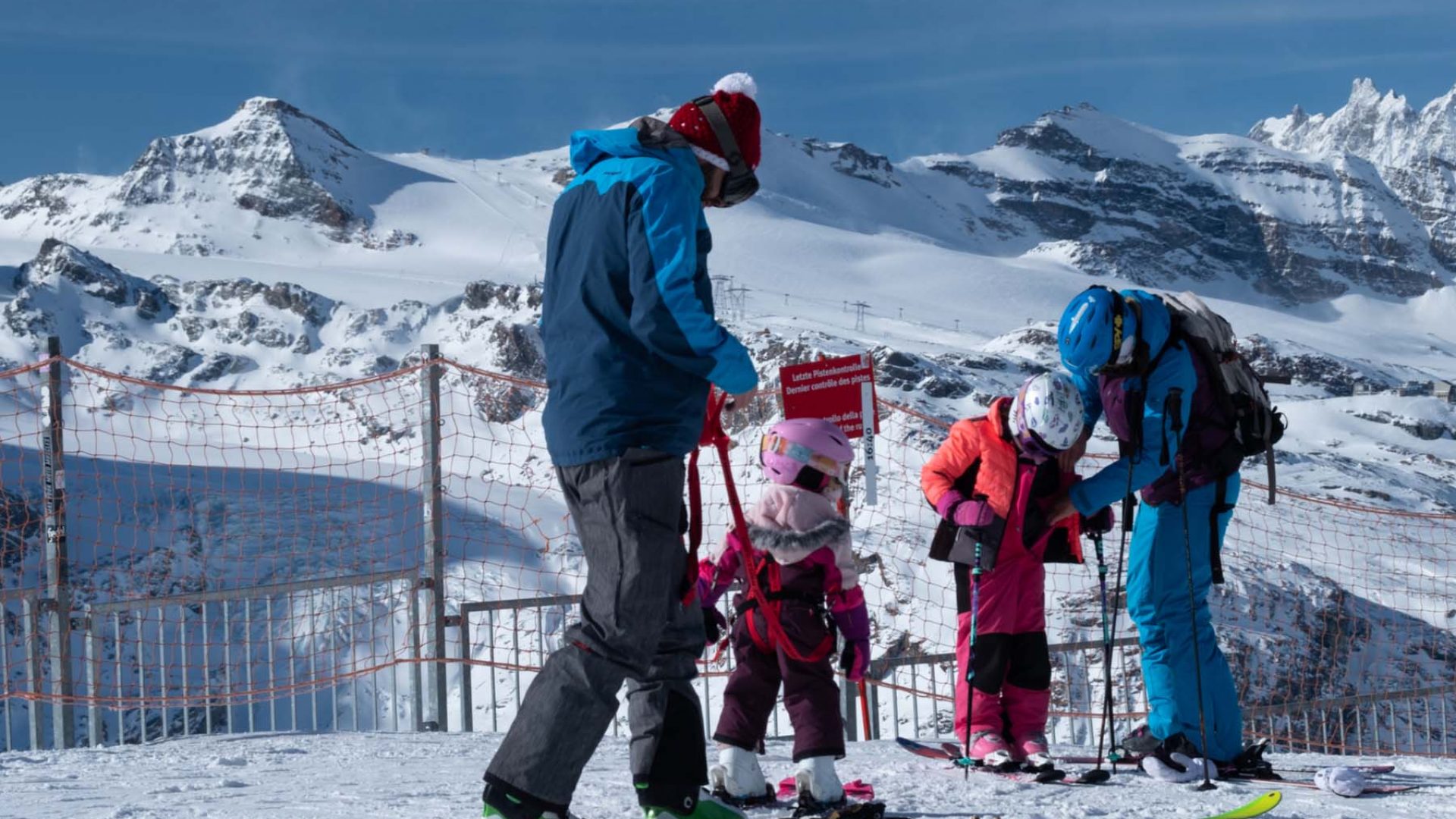 The idyllic Swiss countryside is great for children. Find out how local families find the right balance with our guide to parenting in Switzerland.

When business consultant Christoph Hunziker returned to Bern with his family from more than a year in Peru, it took just one day for his six-year-old son to get used to going to kindergarten alone.

The walk is only a few hundred meters along a path in a field between apartment buildings. It turned out to be an important rite of passage.

“It made him really more independent. And also more mature, I think. And responsible,” Hunziker said.

In Switzerland, the parenting style makes it common to see children trudging along city streets to school. They’re all out of earshot from parents.

“I think for kids to be independent as much as possible is something quite normal,” says Alexander Renggli, a diplomat with the Swiss foreign ministry and father of two in Bern. He sees a possible tie-in with Switzerland’s political system of direct democracy. “Maybe it’s part of also a fundamental political value we have in Switzerland. It’s what we call self-responsibility.”

Renggli spent much of his childhood abroad in places where he could not go out by himself. As a parent, he appreciates parenting in Switzerland.

“I could well imagine that this also translates down into basic ways, how we’re being socialized, how we’re being raised as kids, in a way that you’re expected to grow up rather quickly, or at least to take responsibility, and be responsible for yourself,” he said.

Parenting in Switzerland with American fears

Many of the crime rates in the US are lower than when middle-aged parents grew up. They took for granted walking to school or playing on their own in their neighborhood. That’s also true with some crime rates in nations such as the United Kingdom, Canada, and Australia.

And that’s also one of the main points of the Free-Range Kids parenting movement in the US. It grew out of Lenore Skenazy’s popular book, Free-Range Kids.

Skenazy, who penned the book after writing a newspaper column about letting her nine-year-old son ride the subway alone in New York City in 2008, said Switzerland provides a good example of not ‘overprotecting’ children.

“Freedom is an essential part of life,” says Skenazy, now a professional speaker with a TV reality show. If parents are always there mediating problems, then you’re raising kids who haven’t had experience doing that on their own.”

The sight of children going by themselves between home, school, and playground is common not just in Switzerland.

“I feel like those countries haven’t lost their minds to fear,” she said. “People think I’m promoting something new. It’s something old. I’m the opposite of a revolutionary. I’m a reactionary.”

The emphasis on promoting self-reliance in children by allowing them more independence contrasts with other developed countries, notably the US. They only recently passed a federal law that allows children to go to school by any means that parents believe is age-appropriate.

The law reflects a national debate about parenting styles and how far the government should go to protect children. It was brought on by police cases involving parents who let their kids walk and play alone.

One of the high-profile cases involved parents in Washington D.C. who were charged with child neglect for allowing their two children (ages six and 10) to walk home from a park during the day. The police finally cleared the parents of any wrongdoing.

Skenazy points to the crime rates to show things are far safer in the US than many people think. But people give in to their fears, she said, because “the brain works like Google” by sometimes elevating the importance of a single incident. This is a phenomenon also in Switzerland.

How parenting works in Switzerland

In 2007, the disappearance of a five-year-old girl in the eastern canton of Appenzell led to soul-searching over child protection in traditionally ‘safe’ Switzerland, where cases of missing kids and child murders are rare.

This summer, a 12-year-old boy’s disappearance from a town in canton Solothurn highlighted some of the dangers of the digital age.

The boy was found at the home of a 35-year-old man in Düsseldorf, Germany. They met online while playing an internet game. The police arrested the man on suspicion of sexual abuse of a minor and said he possessed child pornography.

These types of incidents make some educators worry that Switzerland might eventually change its norms. Babette Domig, a teacher in Bern, said many Swiss families traditionally ran farms and lacked time to overprotect kids.

“Having more time, having more information, knowing more (about the world), sometimes doesn’t only help. I think this is how it’s working for the moment,” she said.

Domig, however, says she hopes children continue to get a healthy dose of independence so they can make friends and learn about the world including how to navigate traffic – one of the biggest dangers they face.

When children cannot figure things out for themselves, they may later lack the skills they need to cope with hardship. Among her young patients in Switzerland, German clinical psychologist Dorothe Dörholt said she sees similarities.

“A lot of them grew up very sheltered, very protected from everything, or anything negative,” she said. “And later on, suddenly, they leave school, they go off to university, and the world overwhelms them. They don’t have the tools to deal on their own with the difficulties that they’re facing as young adults.”

Dörholt, also a documentary filmmaker, says all the places she has lived – Germany, the United States and Switzerland – are safe for children, but parenting strategies vary due to ‘perceived fear’.

“It has a lot to do with the media. If you read about child abductions all the time, you think the world is a dangerous place,” she says.

Children have a natural drive toward autonomy, said Dörholt, and it is important for parents to allow that to happen.

Several parents, including Hunziker, note that the walk home from school – one of the few times of the week when children have unstructured time – is even more important for children learning to be autonomous than the morning dash to school, when there’s a deadline to meet.

Hunziker’s son even became angry on the first day of Kindergarten after glimpsing his father watching him. For the father, the transition may have been harder – starting in Peru, where he fretted about Lima’s traffic and other safety concerns.

“When my wife went somewhere with the children, and I stayed at home or was at another place, I used to be really worried,” Hunziker said. “But I learned to let go a bit, just by doing it actually.”

At what age did you let your children walk to school on their own? Let us know in the comments below.

Birth of a movement

Skenazy’s son had been asking his parents to let him find his way home by himself. One day, they left him at a department store atop a subway station. They gave him a map, a fare card for the subway, coins for a phone call, and USD 20 in case of emergency. He made it home 45 minutes later.

Days after her column, Skenazy appeared on national TV and radio programs and became a lightning rod for criticism and praise. The term, free-range kids, contrasts with another term, helicopter parenting, that describes hovering over children to constantly help or protect them.

A Chicago-based nonprofit Family Defense Center examined cases of US parents charged with neglect for letting kids walk to parks, play outside or briefly remain in cars alone. It concluded that parents who made reasonable decisions were unfairly labeled as potential threats to their kids, pushing parents into the child welfare system, and wasting government resources.

The above content is produced by swissinfo.ch. It isn’t intended for commercial use and may not be republished by third parties either wholly or in part. 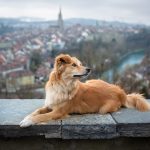 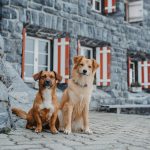 The 10 best things to do with kids in Zurich