The complete guide to Swiss people for newcomers | Expatica

How well do you know the Swiss? This frank and irreverent guide to Swiss people shares some insight to the country’s character and culture.

Perceptions of Swiss people as being dull and ruthlessly efficient are uncomfortably close to the truth. But ask to buy a Swiss roll, no Swiss has heard of it. Not to mention that cuckoo clocks are far too kitsch for Swiss tastes.

Typical Swiss character has perfected a negative mental attitude so that it works positively. Müller’s Law, the Swiss version of Murphy’s Law, states ‘whatever can go wrong, will go wrong – but we will be more than prepared for it’.

Mountains dominate the landscape and the Swiss mindset. It’s an isolated life on a mountain farm where relationships with others are more difficult to cultivate than potatoes. Today even Swiss town-dwellers still go about their daily lives as if they, too, were farming a lonely mountain cliff.

The obsession with Swiss quality

Swiss people long abandoned hope of making anything cheap. Instead, they found a niche at the other end of the market. Of course, expensive things will only sell if they are of the highest quality. With this Swiss obsession, most Swiss things are built like a tank and made to last a thousand years.

Switzerland is jokingly seen as a police state and Swiss bureaucracy has a particular reputation as a result. Once Swiss people start obeying the myriad laws, they are inclined to think all fellow countrymen should also obey them; cheating the system is not a good idea. Some of the most horrendous crimes that one can commit is to put out one’s rubbish in a non-approved bag or taking a bath before 7am or after 10pm.

How Swiss people see themselves

The Swiss have a healthy belief that whatever originates in their own country is the best, particularly the people. Thus, if the supermarket offers Italian strawberries at half-price, Swiss people will opt for home-grown ones in the firm belief that theirs are vastly superior.

Swiss people adore everything from other countries but only in small doses. The non-Swiss fifth of the population has provided the other four-fifths with the perfect alibi for everything that is the slightest bit imperfect. When restaurant service is poor, gardens are untidy, neighbors are noisy, or cars are dirty, the favorite scapegoat – Ausländer (foreigner) – is saddled with the blame.

Swiss people are very image-conscious and care passionately how other nations view them. They firmly believe they are subject to constant inspection and criticism by the rest of the world. They do it to themselves, so they reason, others must be doing it to them too.

The manners of Swiss people

The Swiss are unbelievably polite. Swiss people are unable simply to say ‘good morning’ to their neighbors. Swiss formality also manifests itself in handshaking. It goes to absurd lengths; even schoolchildren shake hands when meeting in the street. 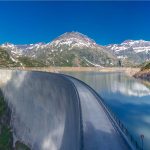