A guide to languages and dialects spoken in Switzerland.

The language spoken in German-speaking Switzerland is quite different from standard High German. The German Swiss speak Swiss German, often called “Mundart” – which itself is broken up into numerous local dialects. These are different enough to make it possible to determine where a speaker comes from, but generally not so different as to be incomprehensible to other Swiss German speakers. The dialects that give the most difficulty are those from the remote valleys in the southern canton of Valais. With a bit of effort from both sides, even these can be understood by speakers of other Swiss German dialects.

A poll carried out in 2002 among German- and French-speaking Swiss asked them to name the Swiss German dialect they preferred. Bernese came top with 27%; the Valais dialect got 20%, while Zürich got only 10% of the votes.

In Switzerland, High German is first and foremost a written language, which Swiss German children have to learn in school. All lessons are taught in it, and it is the language of newspapers and magazines and most books. The media also uses it widely.

At the same time, High German, the standard language of the entire German-speaking world, also contains regional variations, particularly in vocabulary. German-speaking Swiss are sometimes surprised to find that even when they speak High German some of the words, they aren’t understood by Germans or Austrians.

People who have learnt only High German find Swiss German very hard to understand. This is not merely a matter of accent: the grammar and vocabulary are also different. This poses a problem within Switzerland; French and Italian speakers who learn German at school learn the standard language and find they still cannot communicate with their compatriots. Teachers in the German part of Switzerland complain that many pupils find it difficult to master standard German, and that their studies suffer as a result.

Other languages and dialects

The dialect situation differs considerably between the three Latin based languages of Switzerland – French, Italian, and Romansch.

In French-speaking Switzerland, the local patois have largely died out. Efforts are afoot to study them and keep them alive, however. The patois exist in a range of local variations, which are sometimes mutually almost unintelligible. These patois are not dialects of French but of the structurally separate language Franco-Provençal. There are also dialects of Franco-Provençal in parts of eastern France and northern Italy.

Nowadays French-speaking Swiss write and speak the same French as the French themselves. Some regional words and expressions survived, and some specifically Swiss words exist, reflecting Swiss realities.

In Italian-speaking Switzerland dialects are part of the citizens’ linguistic repertoire. The standard language is used in writing and in public, while the dialect is mainly reserved for the private sphere.

Although Romansch has very few speakers, it has five distinct forms. Each has its own written tradition – and each with several dialects. An artificial standard language, Romansch Grischun, was created in 1982, as a compromise between the existing idioms. It is mainly administrative in use. However, in the media and for literary works, most speakers prefer to use their own idiom.

In 2001, a cantonal referendum in Graubünden approved Romansch Grischun as the form for official election material and the legal code. The standard language made another gain in 2005, when Microsoft added it to its range of desktop languages.

Lia Rumantscha oversees the interests of the language as a whole.

Foreigners often assume that the fact that there are four national languages in Switzerland means that every Swiss speaks four languages, or at least three. However, the reality is very different.

The Swiss are certainly proud of their linguistic proficiency and many understand the other Swiss languages very well. However, proficiency in the national languages is decreasing in favour of English. Quadrilingual Switzerland is apparently becoming a two-and-a-half-language Switzerland. Many people speak their mother tongue and English and understand a second national language.

Each canton decides about which language children learn and when. In German-speaking Switzerland, children learn French from the age of nine, while French speakers start German at the same age. In Ticino and the Romansch-speaking areas, schools teach both French and German during compulsory schooling. Ticino decided in 2002 to make English a compulsory subject, alongside French and German. To lighten the load, children will be able to drop French when they start English in the 8th year.

Zurich’s education minister provoked a national debate in 2000 by announcing that his canton intended to make English the first foreign language, rather than French. Supporters of the move point out that English is more useful in the world. They add that children and parents are in favour and that since motivation is an important ingredient in language learning, pupils are likely to learn English more successfully than they do French.

Opponents see the decision as a threat to the unity of Switzerland, and fear that French and Italian speakers will be put at a disadvantage because they will still need a good standard of German to rise in their careers within Switzerland.

It’s now simple to get international medical insurance for yourself and your family, wherever you are in the world. Get a free quote for Now Health insurance, which offers award-winning international health care with local expertise. 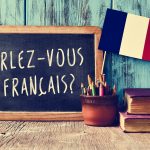 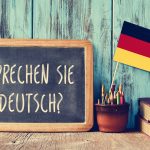 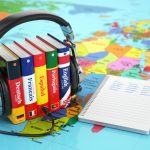