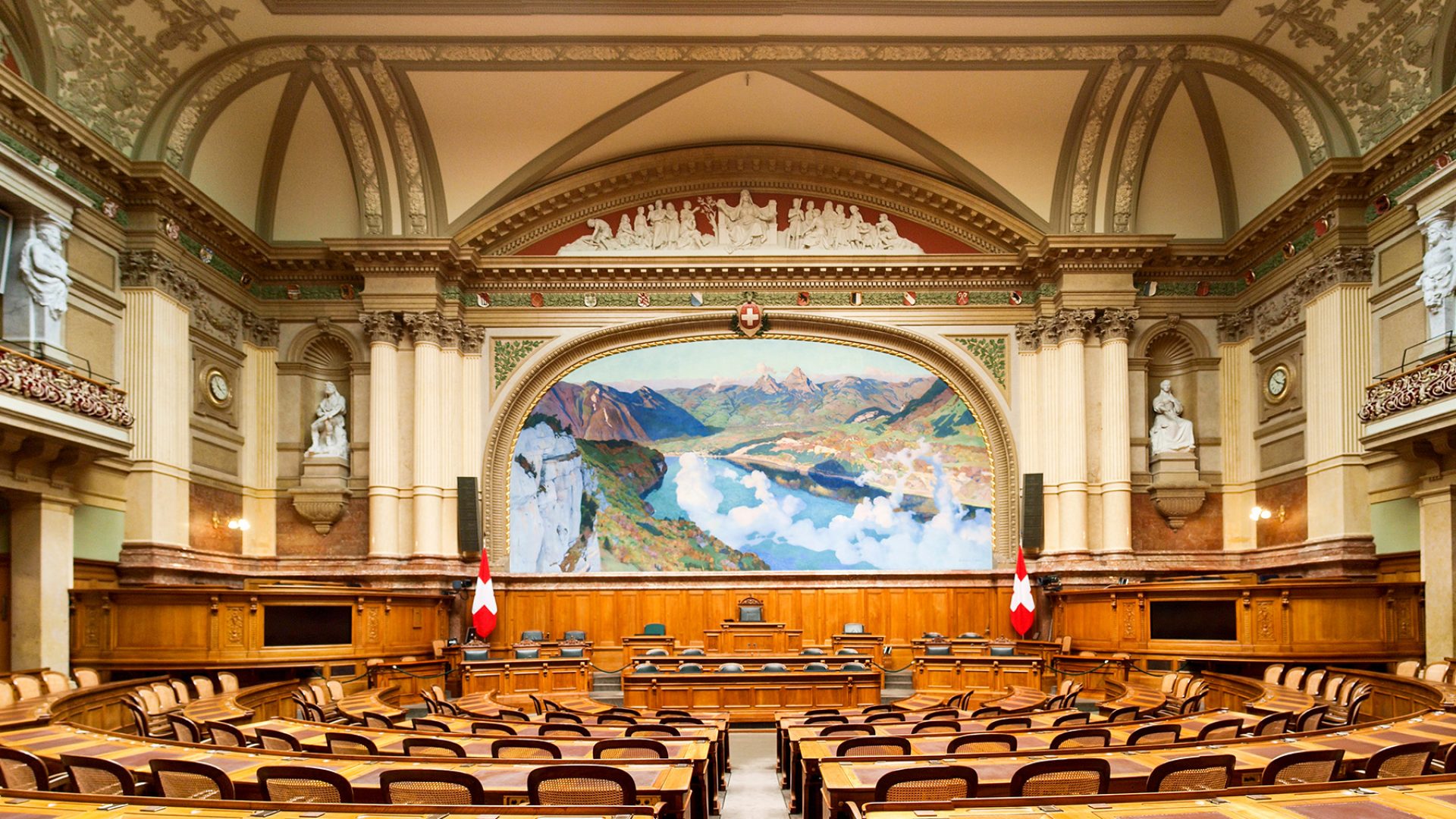 Switzerland is home to fairly autonomous cantons, four national languages, and the world’s strongest tradition of direct democracy. Learn more about the political parties and the government of Switzerland.

Switzerland’s government type: Formally a confederation but similar in structure to a federal republic.

Capital: Bern
Geographic coordinates: 46 57 N, 7 26 E
Time zone: UTC plus 1 hr.
Daylight saving time: Plus 1hr (UTC plus 2 hrs.).  Begins the last Sunday in March and ends the last Sunday in October which is in alignment with its neighbouring countries.

A few basic facts about Switzerland

Independence: Founding of the Swiss Confederation on 1 August, 1291.

National holiday: 1 August. (Founding of the Swiss Confederation in 1291).

Constitution: Revision of the Constitution of 1874 approved by the Federal Parliament 18 December 1998, adopted by referendum 18 April 1999 and officially entered into force on 1 January 2000.

Cabinet: Federal Council or Bundesrat (in German), Conseil Federal (in French), Consiglio Federale (in Italian) is elected by the Federal Assembly usually from among its members for a four-year term.

Elections: President and vice president are elected by the Federal Assembly from among the members of the Federal Council for a one-year term; they may not serve consecutive terms.  Election was last held on 14 December 2011 with the next to be held in early December 2012.

Legislative branch:
Bicameral Federal Assembly or Bundesversammlung (in German), Assemblée Federale (in French), Assemblea Federale (in Italian) which consists of the Council of States or Staenderat (in German), Conseil des Etats (in French), Consiglio degli Stati (in Italian) with 46 seats.  Membership consists of two representatives from each canton and 1 from each half canton with each member serving four-year terms.
National Council or Nationalrat (in German), Conseil National (in French), Consiglio Nazionale (in Italian) (200 seats; members elected by popular vote on the basis of proportional representation serve four-year terms).

Flag description: Red square with a bold, equilateral white cross in the centre that does not extend to the edges of the flag.  Various medieval legends purport to describe the origin of the flag.  A white cross used as identification for troops of the Swiss Confederation is first attested at the Battle of Laupen in 1339.