The Swiss cantons are actually fairly independent from one another, giving Switzerland a unique political and linguistic geography. How do residents interact with their canton on an everyday basis?

Switzerland’s political structure is fairly unique in the world. As a matter of fact, there are only 21 federal republics in the world, and each provides its’ regions with a reasonable amount of autonomy to do what they want; Swiss cantons are obviously no exception to the rule. Here’s everything you need to know about Switzerland’s cantons, including the following topics:

What is a canton?

Switzerland is a federal republic. One of the key parts of governance in Switzerland is the clear separation of powers, ensuring that each level of government enables and also enforces a particular set of laws. In practice, this means that the national government (the Swiss Confederation) has authority in a number of policy areas, such as the army, money, immigration, the postal service, and phone lines.

Any area not clearly noted by the Swiss Federal Constitution is instead subject to local laws put in place by Switzerland’s largest regions: the cantons. In total, there are 26 Swiss cantons, all of which manage education, healthcare, law enforcement, taxes, as well as social welfare themselves. Each canton also has its’ own official language or languages; in fact, only four Swiss cantons are officially bilingual in quadrilingual Switzerland.

A few Swiss cantons are among some of the oldest political entities in Europe as a matter of fact. The Old Swiss Confederacy came into being as more of a loose military alliance at the dawn of the 14th century when Schwyz, Unterwalden (now split into Nidwalden and Obwalden), and Uri created the union in 1291. Cantons in the Old Swiss Confederacy were effectively independent countries originally brought together to reduce military conflict between them, but it slowly grew over the centuries into a proper federation of member cantons.

The Sonderbund War took place in 1847, pitting seven independently-minded Catholic cantons against the rest of the Confederacy in order to resist a growing federal government. The Confederacy prevailed after four weeks of fighting, leading to a new Swiss Federal Constitution that promised sovereignty to the cantons as long as the cantons didn’t violate the Swiss constitution or impose on the role of the federal government.

The role of the canton in Switzerland

Swiss cantons are the largest levels of regions inside of Switzerland. Indeed, the cantons themselves manage many aspects of everyday life; they generally oversee everything from schools and police forces to healthcare and taxes. It’s safe to say that the canton is the government that a Swiss resident will interact with the most while living in the country.

Within each canton, there is a large number of communes (around 2,300 across Switzerland, in fact). In Switzerland, a commune is equal to a city or a municipality; this is generally where the cantons watch over their programs in action. Think of it this way: cantons supervise the healthcare system or the education system and fund them by levying taxes, while the communes run the hospitals and schools directly.

If you live in Switzerland, you’ll interact with your local canton (and commune) far more often than you will with the federal government.

The canton names below are the official names in the local language. For cantons with more than one official language, the names are listed in the same order as the languages.

The 26 Swiss cantons are the following:

Swiss cantons aren’t just unique political entities; they’re also regions with their own culture. These differences are especially clear with language. Generally, most Swiss cantons have one official language: French (four cantons), German (17 cantons), or Italian (one canton). Three cantons are bilingual with French and German (Berne/Bern, Fribourg/Freiburg, Valais/Wallis) while one is trilingual with German, Romansh, and Italian (Graubünden/Grischun/Grigioni). In fact, Graubünden is the only Swiss canton where Romansh is an official language.

If you’re plotting a move to Switzerland and plan on eventually applying for Swiss citizenship, the canton you pick makes all the difference. Immigration law is a federal domain, but some eligibility factors are up to the canton. These include the length of residence in the canton and commune as well as the time without welfare claims. Some differences are especially stark:

The most enduring stereotype besides neutrality, direct democracy is only common in a few Swiss cantons. The Landsgemeinde (cantonal assembly) is a public vote that occurs in a square where eligible voters then raise a colored piece of paper to register their vote. Nobody counts votes; in fact, officials just gauge the mood of the crowd. Only Appenzell Innerrhoden and Glarus use the Landsgemeinde for cantonal votes, however. Some communes in Graubünden and Schwyz also use a Landsgemeinde for local votes. 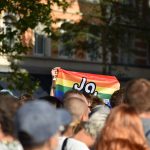