The best museums in Switzerland: a guide for expats | Expatica 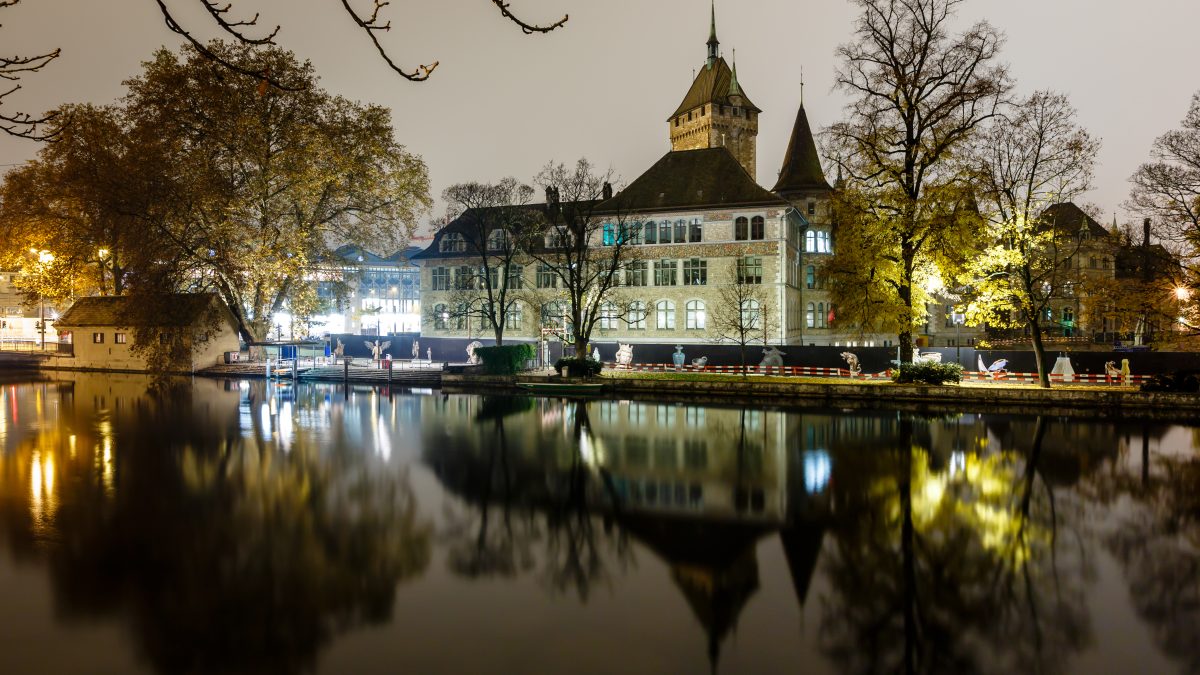 The best museums in Switzerland

Expatica offers a selection of top museums in Geneva, Lausanne, Bern, Basel, and Zurich to help you discover the many sides of Switzerland.

Museums play an integral part in Swiss culture, with Swiss museums attracting more than one million visitors per month, although more than half are received by only 49 institutions. In 2017 the Swiss statistic office released figures that there were 1,111 museums in Switzerland, the majority (367) being regional or local, followed by art (171), technical (140) and historical (126) museums.

Art museums were the most popular, attracting 3.3 million visitors. However, while the most popular museums receive more than 50,000 guests annually, almost 75 percent of Swiss museums attract fewer than 5,000 people, with every fourth village statistically having a museum. Most Swiss mueseums are located in German-speaking Switzerland, while Italian-speaking Ticino has the highest museum density. Many Swiss museums are publically financed, with almost half predominately relying on funding. Reportedly, 72 percent of the population visited a museum, gallery or an exhibition in 2014.

Kunsthaus Zurich, one of the most important art museums of Switzerland, houses Medieval panel pictures, world-famous works of art by Picasso, Monet and Chagall, as well as the largest and most important collection of works by Alberto Giacometti.

The roots of the Zurich Kunsthaus (Art House) go back to the year 1787, when several artists and art lovers first met. The meeting led to the founding of the Zurich Art Association, with 20,000 members one of the largest in Europe. Today the Kunsthaus is well known for its top-class collection. It ranges from Medieval sculptures and panel pictures, paintings of the Baroque period (such as Rembrandt and Domenichino) to masterpieces of Swiss 19th and 20th century painting. The rich collection is complemented by the largest collection of Munch paintings outside of Norway, important paintings by Picasso, as well as several well-known Expressionists and important works by Monet and Chagall.

The Landesmuseum Zurich houses the largest historico-cultural collection of Switzerland. Approximately one million exhibits of national importance, ranging from prehistory to the 21st century can be viewed in the permanent exhibition.

In the 19th century, Gustav Gull, one of the most important architects in Switzerland’s history, won the National Landesmuseum Competition with his project. His castle-like building, which combines various architectural styles, was opened in Zurich near the railway station in 1898. Today the recently enlarged Landesmuseum impressively displays Swiss cultural history. Remarkable exhibits include prehistoric wheels found in Zurich, which are among the earliest wheels excavated anywhere, as well as Celtic and Early Medieval finds. Medieval objects on display include important pieces pertaining to courtly culture and numerous wooden ecclesiastical sculptures, panel paintings and altars carved from wood.

The museum is housed in three historic Zurich villas surrounded by a 67,000 square meter park with a peaceful Buddha reposing in the centre. The internationally renowned collection of the Museum of Rietberg exhibits non-European Art from four continents.

To give that which cannot be grasped a face — this desire is as old as humanity itself. This fact is proven by countless pictures of gods and cult figures from all over the world. The Museum of Rietberg possesses an internationally renowned collection of works of art from Asia, Africa, America and Oceania. In historic villas in Rieterpark, Buddhas and Mayan princes, Maori cult figures and Japanese masks are united.

The valuable sculptures that Baron Eduard von der Heydt (1882-1964) gave as a gift to the City of Zurich in 1952 form the core of the permanent collection that is continually being enlarged mainly by further endowments. The Emerald Extension was opened in 2007; the mostly subterranean complex doubled the exhibition area of the museum.

Twelve centuries of ceramic history and seven centuries of glass production: the Ariana Museum documents both ceramic and glass production with over 20,000 exhibits from Switzerland, Europe, the Near East and Far East. The museum is located in a park on the banks of Lake Geneva.

The ceramic and glass museum Ariana was founded by Gustave Revilliod. He ordered the construction of a building combining the Neo-Classical and New Baroque architectural style to house his private art collection. The edifice, built between the years of 1877 and 1884, is located near the Palais des Nations, the headquarters of the United Nations in Europe. He named the building after his mother, Ariana, and bequeathed it, along with other real estate and assets to the city of Geneva.

Today the Ariana Museum houses 20,000 ceramic and glass obects from 12 centuries, is appreciated far beyond the borders of Switzerland and is the seat of the International Academy of Ceramics (which has about 400 members worldwide).

Alfred Baur discovered his love of art during his travels to the Far East. Over a period of four decades, he purchased high quality art objects and ritual artifacts made in China and Japan. Today the Baur Collection is one of the most valuable in Switzerland.

Alfred Baur, who resided in Geneva from the year 1900 onwards, collected art objects from the Far East during his business trips, over a period of 45 years. The items span a thousand years as far as their date of manufacture is concerned. The collection includes objects made of ceramics or jade, snuff boxes, Japanese prints, netsuke (small carved figurines), furniture and swords.

Shortly before his death, Baur acquired an elegant house near the Art and History Museum and the Russian Church. He established a foundation to house his collection and make it accessible to the public. In 1964, the “Fondation Alfred et Eugénie Baur-Duret” made the Baur collection accessible for public viewing. Since that time the collection has grown to over 9,000 works of art, thanks to several donations.

The Paul Klee Center, which opened in 2005, is dedicated to the life and work of Paul Klee (1879-1940). It houses the worldwide largest collection of Klee’s works. Paul Klee is regarded as one of the 20th century’s most important artists.

With about 4,000 paintings (40% of his oeuvre) by the famous painter Paul Klee, the Zentrum Paul Klee houses the largest collection of its kind. The unusual building has a wave-like structure and was designed by the Italian architect Renzo Piano. Apart from art exhibitions, the Zentrum Paul Klee also offers a platform for music, theatre, dance and literature. The museum building was built by Italian architect Renzo Piano, a winner of several awards. He created a green island from which three hills of steel and glass arise. These contain exhibition space, a music and event hall, a children’s museum as well as meeting and seminar rooms. Klee’s works are shown in a regularly changing, rotating selection of 120 to 150 works, always with changing themes.

The Museum of Art in Basel merges historically valuable paintings and copper engravings from the 15th to 17th centuries with art from the 19th to 20th century. These two focal points make the museum one of the most important museums of its kind.

Switzerland’s largest and most significant public art collection is found in Basel. The Museum of Art is also home to the worldwide largest collection of works by the German Renaissance painter Hans Holbein the Elder and his family (circa 1465-1524). The same era is represented by works of Konrad Witz, Martin Schongauer and Lucas Cranach the Elder.

Present day art is on view at the Museum for Contemporary Art. Special highlights are the paintings of Arnold Böcklin, who was born in Basel, and works by Picasso, Braque and Gris representing the Cubist movement. In addition, there are works of German Expressionism, abstract Expressionism, as well as American art from 1950 to the present day.

The villa of the Hermitage Foundation houses changing art exhibitions exclusively. What is permanent is the magnificent view of Lake Geneva and Notre-Dame Cathedral, a view that inspired the leading landscape painter Camille Corot. In 1841, the banker Charles-Juste Bugnion purchased a piece of land above Lausanne and built a stately mansion on it. The view from the mansion onto Lake Geneva and the Cathedral of Notre-Dame, the most important Swiss Gothic edifice, was immortalized by Camille Corot in a painting.

In 1976, Bugnion’s descendents bequeathed the building and a part of the park to the City of Lausanne. At the same time, a private foundation was established, which owns paintings created by past and present painters from the Canton of Vaud, as well as past and present foreign artists, including Bocion, Degas, Magritte, Oudot and Plazzotta. Every year the foundation organizes two to three large exhibitions of international importance.

To experience the Olympics at close quarters and feel the Olympic spirit the way the athletes felt it, to study the history of the Games from antiquity to today – thanks to the latest computer technology and audiovisual media, all of this can be accomplished in the Olympic Museum in Lausanne.

The idea of a museum dedicated to appreciating the Olympic idea goes back to Pierre de Coubertin, who revived the Olympic Games and founded the International Olympic Committee (IOC). The Olympic Museum, which was opened in 1993 in Ouchy, a district of Lausanne, reflects the spirit of the sports games which bring nations together.

An unusual new building in the most beautiful of locations on Lake Geneva is home to interactive exhibitions, documents, films and collections of precious objects dating from Greek antiquity up until modern times. The museum is the largest information center on the subject of the Olympic Games in the world.

One hundred thousand snapshots are found inside, an eternally unchanging view outside. The Musée de l’Elysée in Lausanne presents the world of photography against the most beautiful of backdrops, a villa dating to the late 18th century with a view of Lake Geneva.

The Musée de l’Elysée was one of the first museums in Europe to be solely dedicated to photography. It became internationally acclaimed shortly after its opening in October 1985. Permanent and special exhibitions showcase the beginnings of photography with works by the great photographers of the 20th century, such as Cartier-Bresson, Capa, Alvarez Bravo, Penn, Frank, Depardon and Ella Maillart, as well as today’s classic contemporary photography.

The museum is housed in a mansion above Lake Geneva, built between 1780 and 1783 by the architect Abraham Fraisse. The collections include about 120,000 original photographs, exhibited in eight rooms on four floors. 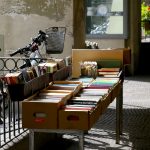 Where to find English books in Zurich