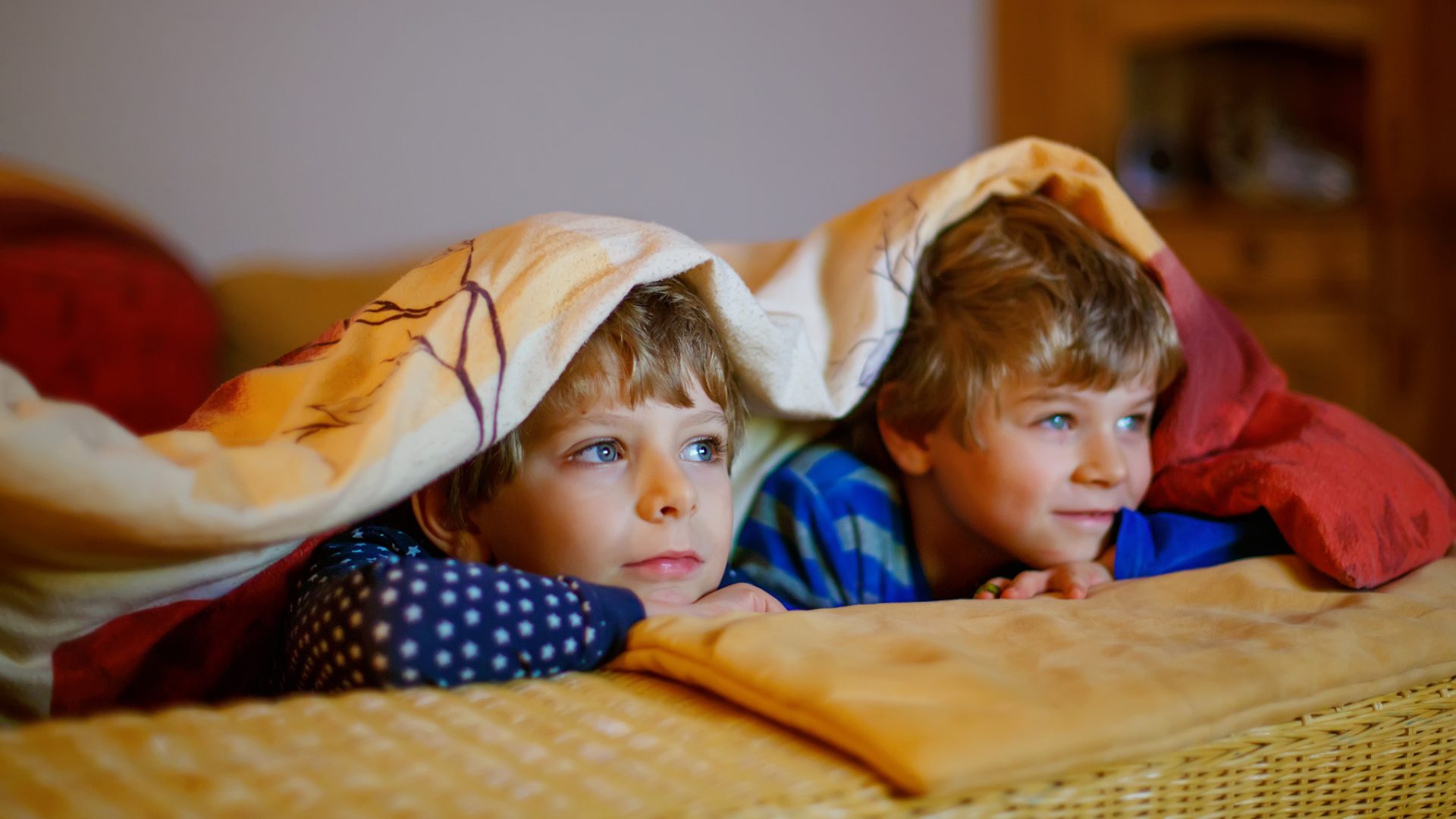 Guide to Swiss TV and radio From Swiss TV channels and satellite to streaming services and more, find out what’s on in Switzerland with our guide to Swiss TV and radio.

In those early days of expat life in Switzerland, you might not even consider turning on your nearest TV or radio. But don’t be afraid to dive straight into the sometimes confusing world of Swiss media. Not only will this help you brush up on some much-needed language skills, but you’ll also be able to get under the skin of your new Swiss home.

But before you pick up the remote, it’s important to know a few things about Swiss TV and radio. From getting that all-important TV and radio license to discovering the best options for watching your favorite shows from home, there’s a lot to consider. To give you a better idea, our guide to Swiss TV and radio includes information on the following:

New arrivals in Switzerland will be pleasantly surprised at just how much choice they have when it comes to Swiss TV. Thanks to the multi-lingual make-up of the local Swiss population, you’ll find more options when you switch on the box than you would in neighboring countries. This includes German, French, and Italian programming, as well as an ever-growing number of English and other international channels. In fact, there’s never been a better time to switch on that Swiss TV.

There are a number of ways to watch TV in Switzerland. In 2019, the country discontinued its digital terrestrial service due to cost-saving measures. Swiss households now receive their TV channels through cable or satellite connections. This is typically bundled together with other home telecoms services, such as Swiss internet and home phone. Some of the main Swiss telecoms providers include:

Generally speaking, these providers offer the widest range of television channels, making them the best option for expats moving to Switzerland. However, be sure to get the right choice for the needs of you and your family.

Do I need a license for my Swiss TV and radio?

In short, yes. If you’ve recently moved to Switzerland, then there are a few things that you need to know before you switch on your TV or radio. Like many other European countries, Switzerland imposes a license fee for all households. The government uses the proceeds of this license to help fund the country’s public broadcaster, SRG SSR. This includes TV and radio channels, as well as online media products such as streaming services like Play Suisse.

The Swiss TV licensing fee used to be called Billag, after the office that collected the fees. However, after an overhaul of the system in 2019, the license fee is now collected by Serafe. Following this change, the payment of this licensing fee is a legal requirement for all households in Switzerland. This is irrespective of whether you actually own a TV or radio. Serafe also receives data on every household in Switzerland from the local municipality’s records.

The pricing structure for the license has also been streamlined to ensure that all households pay the same amount. This is collected annually by Serafe. In 2021, the fee was set at 335 CHF for private households, however, a few exemptions to the charge do exist. These include households that receive certain state benefits, households of foreign diplomats, and households that are physically unable to receive TV or radio reception. Importantly, fines for being caught watching or listening without a license are hefty, so it’s important to keep up with your payments.

Cable and satellite TV in Switzerland

Thanks to the accessibility of cable and satellite throughout the country, expats living in Switzerland have plenty of options when it comes to watching TV. Generally speaking, a satellite will offer the most programming options, such as international channels and shows. This is particularly true in more rural or mountainous parts of Switzerland. However, be aware that installing satellite receiving equipment can be expensive. Furthermore, Swiss TV packages are typically quite conclusive, which means that you might not need a satellite to watch what you want.

Unless you’re setting up home high in the Swiss Alps, you’ll usually find that cable connections are more common in Switzerland. The best and easiest way to get TV channels is through a home telecoms package, alongside home internet and a landline telephone. Signing up for a single provider can be a great way to save a little money when setting up your new home. The biggest Swiss telecoms providers include:

The cost of your TV subscription will largely depend on the channel package that you choose, as well as other aspects of your contract. Generally speaking, most providers offer a basic channel package that includes the biggest Swiss channels and a handful of others from France, Germany, and elsewhere. However, be aware that a lot of programming in Switzerland is dubbed into German, French, or Italian, depending on the channel. However, some providers allow you to switch the audio output to the original version, such as English. While there are no exclusively Romansh-speaking TV channels, Romansh programming can be found on other channels.

Beyond the basic channel packages, you’ll find an ever-growing number of international channels and programming in Switzerland. This includes a significant number of English channels that you might not expect, such as PBS and the Smithsonian Channel (both US), and E4 and ITV2 (both UK). With some providers, you can also upgrade to access even more international programming from around the world, from Korean to Albanian channels. Additionally, some packages will include subscriptions to streaming platforms such as Netflix.

Ready to dive right into Swiss TV? Then switch on the television and you’ll find plenty of channels to choose from, depending on your chosen TV package. Channels are typically in German, French, or Italian, although a growing number provide English-speaking programming. However, remember that certain providers allow you to switch audio output, should you want a break from subtitles when watching your favorite shows.

The most prominent broadcaster in Switzerland is SRG SSR (Schweizerische Radio- und Fernsehgesellschaft/ Société suisse de radiodiffusion et télévision/ Società svizzera di radiotelevisione). SRG SSR is not a single company, but a parent association of four regional public broadcasters; one for each of Switzerland’s official languages. As the Swiss public broadcasting association, the SRG SSR is funded partially through Swiss TV license fees. The association operates a number of national and regional TV and radio stations through its regional bodies, including the following:

In addition to these, there are a number of other channels available in Switzerland. These include Swiss channels as well as some of the most popular TV channels from Germany, France, and Italy. This includes Germany’s ZDF, France’s TF1 Suisse, and Italy’s Rai 1. Furthermore, despite its size, Switzerland has a strong history of regional programming. That said, the availability of these local channels will typically depend on where you live in the country.

These days, you’ll find some of the best movies and series on streaming services. Thankfully for expats relocating to Switzerland, some of the most popular streaming platforms are available in the country. These include:

Getting a VPN in Switzerland

Across the world, an increasing number of expats are using a Virtual Private Network (VPN) to ensure their privacy and security online. As well as helping you browse with more anonymity, these VPNs can also help to unblock online content. This allows you to access your favorite sites from home and elsewhere, including some streaming platforms. Some of the VPNs available in Switzerland include:

Prefer to listen to your entertainment? Then you’ll want to find out about your radio options in Switzerland. Thankfully, there are plenty of Swiss radio stations for you to tune into, including national and regional ones. These come in a number of languages, too. Alongside those in German, Italian, French, and Romansh, you’ll also find some English-language offerings on your dial.

Swiss radio stations are available through both digital and analog reception. They can be accessed through radios, smartphones, and most digital TV services. The various Swiss public broadcasters each provide a number of radio stations in their local languages. This includes Radio RTR, a Romansh-language station from the Romansh public broadcaster RTR (Radiotelevisiun Svizra Rumantscha).

Commercial radio stations are available at both regional and local levels in Switzerland. These cater to a wider range of tastes, from news and debate to classic rock and all-day sports news and discussion. If you’re looking for English-speaking radio, however, your best bet is to listen online. Stations including those from the BBC are available online and enable you to listen to news and current affairs from around the world.