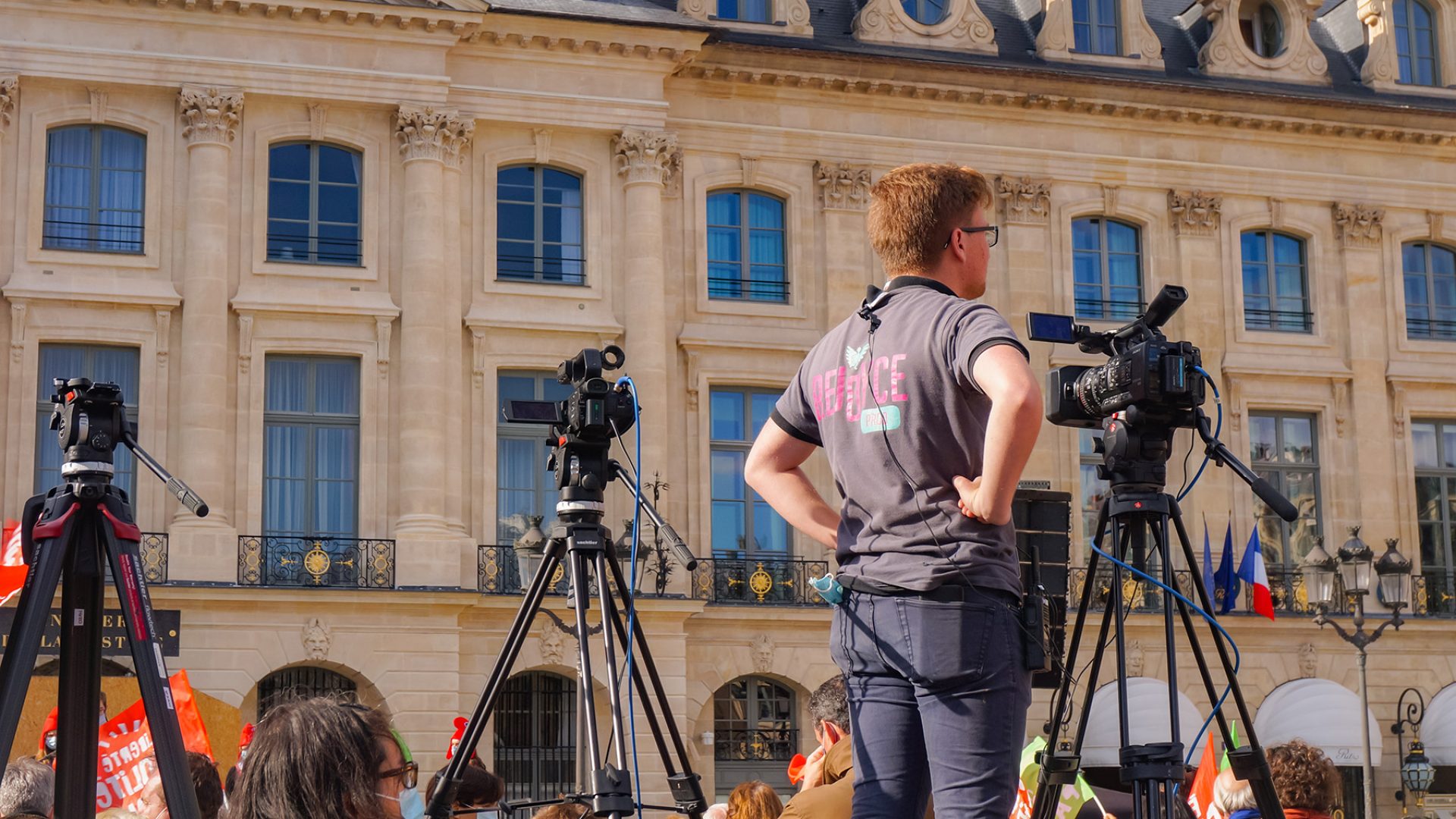 What should you be watching on la télévision française? From international dramas to local news and weather, find out with our guide to TV and radio in France.

If you’re an expat living in France, switching on your TV or radio could open up a whole new world for you. Not only will you be able to pick up some of the local lingo, you might also be pleasantly surprised by the quality of the local programming.

However, if you want to mix up your entertainment between French and foreign shows, you’ll need to understand your options when it comes to watching the box. To help, we’ve put together our guide to TV and radio in France, including information on the following:

Looking for a great deal on sport and entertainment from France and beyond? As well as home phone and internet services, SFR offer a wide range of TV packages for every taste and budget. From live coverage of Europe's biggest football leagues to the latest movie releases from Hollywood, Bollywood, and beyond, you'll find all your family's favorite TV on SFR.

Since 2011, all terrestrial TV channels in France have been broadcast digitally. These channels are accessed through a system called TNT (Télévision Numérique Terrestre). This is a similar service to the UK’s Freeview platform and channels free of charge. However, you’ll need a modern TV or a set-top box to receive TNT and you’ll also need to pay your annual TV license (redevance audiovisuelle) as part of your taxes. You can also receive TNT via satellite on a platform called TNT SAT.

France’s TNT platform offers around 20 of the country’s most-watched national channels. These include TF1, France 2, and M6 among many other national and regional channels. However, if you want to watch certain live sports (including England’s Premier League football) or the latest releases from Hollywood, you’ll need to sign up for a TV subscription service.

Read our guide to setting up home phone, internet, and TV in France

How to get a TV license in France

Like many other European countries, France operates a TV licensing system to fund its public broadcasters. However, unlike other countries, this license fee (redevance audiovisuelle) is not a separate charge. Instead, the fee is included with your local residence tax (taxe d’habitation). For even more information on this and other taxes, read our guide to taxes in France.

This license fee is applicable to every household that has a television set that can receive live TV. However, you only need to pay this fee once per household, which means you can have multiple televisions without incurring an extra charge. The redevance audiovisuelle is subject to annual increases, so keep an eye out for any information on any forthcoming price rises. In 2020, the redevance audiovisuelle is set at €138.

When it comes to choosing what to watch, there are a number of terrestrial TV channels available in France. These channels are available through the TNT platform, as well as all major subscription-based satellite and cable TV providers. There are also a significant number of regional channels, offering local programming.

The majority of the national TV channels in France are run by just a handful of main broadcasters:

Unlike some other European countries, France has a strong tradition of regional television. These channels are available on the TNT platform and can be found on channels 30 to 38. The channels you are able to receive will depend on your location. However, some of the most prominent regional channels include the following:

Want to catch up on the latest news, entertainment, and sport from around the world? Unfortunately, no international TV channels are currently available on TNT. Therefore, in order to access channels from other European countries, Asia, or further afield, you’ll need to sign up for a TV subscription service.

Satellite and cable TV in France

Need some energy? Read our guide on setting up utilities in France

Thankfully, these days it’s easier than ever to get these services in your living room. Increasingly, TV channels are included in the package box deals offered by home broadband providers. These deals offer additional entertainment, sport, and news channels, alongside services like interactive TV and catch-up platforms. For more information, read our guide to setting up home phone, internet, and TV in France.

The biggest providers of these box deals in France include:

These TV providers let you choose the channels you want to watch, so it pays to do a little research before signing up. This is particularly important if you’re looking for international channels. For example, SFR offers dedicated packages (bouquets) for English TV (including BBC Entertainment) and Indian TV (including Star Plus and Zee TV), among other dedicated packages. These are available for a small additional monthly fee.

Alternatively, you can sign up for a satellite TV subscription. Canal+ is the leading French satellite TV provider. They offer a host of domestic and international channels, some of which are available on other non-satellite platforms. Depending on where you live in France, you may prefer to set up FreeSat, the UK’s free satellite service. This will let you access all free-to-air UK TV channels. However, be aware that you’ll need to install a dish to receive any channels.

These days, some of the best movies and TV series can only be found on streaming services. Thankfully for expats in France, many of your favorite streaming platforms are available throughout the country. These include:

In addition to these international streaming services, many of the French TV subscription providers offer these on-demand platforms. This allows you to catch up on your favorite shows from France and further afield, as well as watch TV on the go using either your smartphone or tablet.

Getting a VPN in France

Across the world, an increasing number of expats are using a Virtual Private Network (VPN) to ensure their privacy and security online. As well as helping you browse with more anonymity in France, these VPNs can also help unblock online content. This allows you to access your favorite sites from home and elsewhere, including many streaming platforms. VPNs available in France include:

Listening to the radio in France

If you prefer to listen to your French entertainment, there are plenty of options when it comes to choosing a radio station in France. There is a wide range of local, regional, and national radio stations across the country from both private and publicly-owned broadcasters.

French radio is available digitally and through analog services. Stations can be accessed through radios, smartphones, and some digital TV services. The largest radio in France is the publicly-owned Radio France group, which has over 40 national and regional stations. They also own the country’s most popular digital station, France Inter. Other popular national radio stations in France include:

Alongside national radio, local stations remain popular throughout France. The Radio France group operates around 30 local stations under the France Bleu banner. There are also a number of commercial stations serving particular localities or interests, so be sure to search online and make sure you’re not missing out on your new favorite French radio station.