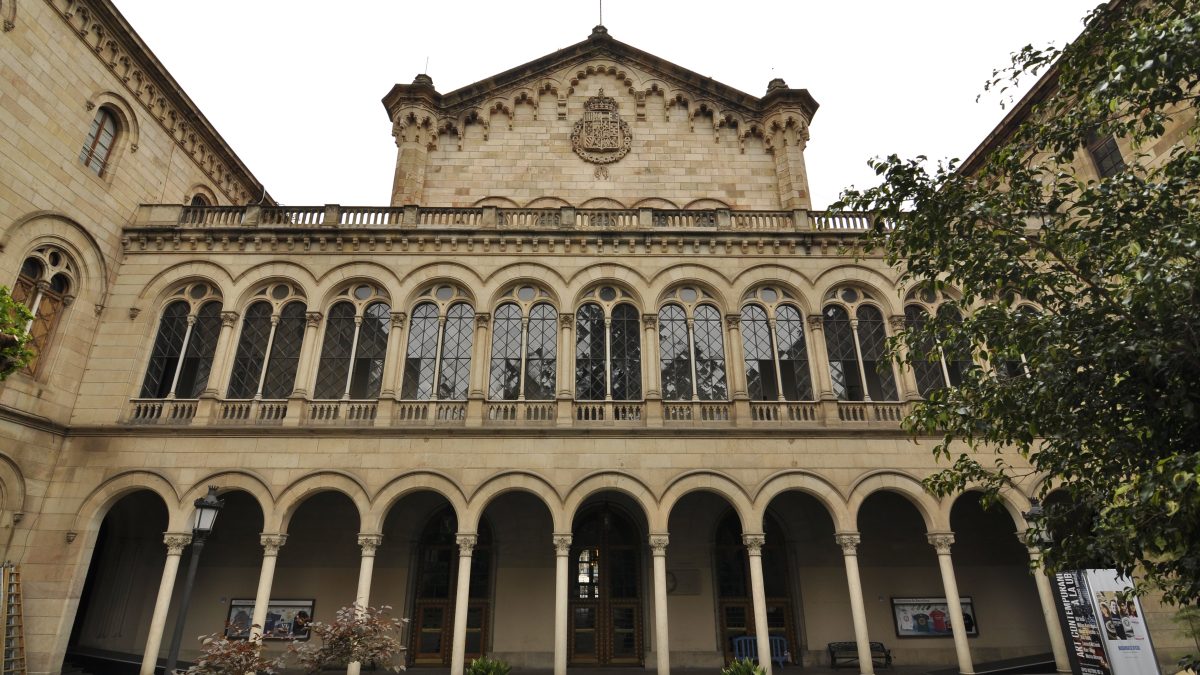 If you’re looking to study in Barcelona, here is what you need to know about becoming a student along with details of the city’s top universities and business schools.

For those wanting to study in Barcelona, there are several universities and colleges to choose from. Studying in Barcelona has some quirks and you need to speak Spanish or Catalan to study most of the courses available. Preparatory classes for learning Spanish are available, thankfully. There is also an increasing number of English-language university courses offered in Spain.

Although Spain is home to some of the oldest institutions in Europe, Spain’s universities are where Franco’s legacy lingered longest. Complaints often revolved around the semi-official system of patronage between established and young academics, poor pay for junior researchers, poor publication records, and little investment in scientific research. This is a generalized national picture, though, and there are individual centers of excellence and a changing education scene.

In the Times Higher Education 2018 survey of the world’s top universities, the two Spanish universities that made the list were in Barcelona. Pompeu Fabra University was ranked 140, with the Autonomous University of Barcelona just behind at number 147. These two universities were also ranked at numbers 11 and 13 respectively in the THE list of world’s best universities under 50 years old.

Admission requirements to study in Barcelona

For admission to university (from either state or private schools), Spanish students must sit two sets of exams. Firstly, the Batxillerat (high school leaving exam) and secondly, an exam set by the university itself, known as Selectivitat (university entrance exam). Prior to 2014, foreign students wanting to study at a Spanish university also had to take the Selectivitat; this is no longer the case.

Admission for foreign students whose educational qualifications are from outside Spain can be quite bureaucratic, however. To study in Barcelona, the Ministry of Culture, Education, and Sport must approve any diplomas or certificates. For approval, you may need to provide authentic translations of your qualifications, course details, and proof of identity. You can deliver your paperwork to the Delegación del Gobierno in Barcelona.

For information in English, contact the BCU (Barcelona Centre Universitari), the information service for the city’s universities.

Non-EU citizens must apply for a Visado de Estudios at a Spanish embassy or consulate in their home country. Read even more in Expatica’s guide to Spanish student visas and permits.

Barcelona’s student population is relatively big, with around 188,000 students spread across its several universities. The cultural, cosmopolitan, and arty draw of the city attracts students from all over the world.

Whether you’re planning to study in Barcelona on an Erasmus+ exchange, a TEFL program, studying for a master’s degree, or embarking on an undergraduate course, there are plenty of opportunities in this enriching city. However, your social life can, at first, depend on where you live, who you meet, and what societies you join.

The University of Barcelona, for example, has a good range of activities to meet people. It has one of the largest sporting venues in the city and caters to those who want to join a sports team, drama club, or music society. Beyond campus life, a lively student social scene is also available in Gràcia. It is one of Barcelona’s hippest areas, with narrow streets, busy bars, and bustling cafés.

Unlike in the US or UK, students here tend to live with their parents, creating an atmosphere that some may find lacks the extracurricular intensity of campuses in Anglo states. Some institutions, such as Universitat Pompeu Fabra, are sometimes a little too insular for some tastes.

Students doing an undergraduate degree at larger universities live in halls of residence (colegios mayores) based on campus. Contact your university’s accommodation office well before you arrive to study in Barcelona, as availability can fill up. The Autonomous University of Barcelona, for example, houses students in the University Village (Vila Universitària), which is a self-contained city with parks, leisure centers, and so on.

There are a few useful websites for students hoping to find a home. The CIAJ (Centre d’Informació i Assessorament per a Joves) is an Ajuntament-run organisation that helps arrange student accommodation, among other things. Some universities may also have an affiliation with Resa Housing, which specialises in accommodation for students. Options vary from shared flats and rented apartments to university halls.

There are many institutions in Barcelona offering executive education to business people in English, Spanish, and Catalan. Barcelona’s ESADE business school was one of the first to offer business programs in Spain. It now provides open programs for continuing career development, as well as partnership programs in which business people can customize their own course, either as individuals or through their companies. There are also some free or subsidized training courses to be found.

Some other leading business schools in Barcelona include the following:

Autonomous University of Barcelona
Founded in the optimistic last years of the Franco dictatorship, the Universitat Autònoma de Barcelona has 57 departments in 13 faculties. It offers 88 bachelor’s degrees, 133 master’s programs, and 67 doctoral programs. The main campus is outside the city in Bellaterra, with others in Barcelona, Manresa, Sant Cugat del Valles, Terrassa, and Sabadell. It has over 25,000 students enrolled.

University of Barcelona
Venerable and highly respected, the Universitat de Barcelona was founded in 1450. Its 16 faculties and university schools are distributed over four campuses; the principal one is on the Plaça de la Universitat. A large university, it offers 73 undergraduate degrees, 151 master’s programs, 48 doctoral programs, and 215 postgraduate courses. It has nearly 65,000 students.

Polytechnic University of Catalonia
Created in 1971, the Universitat Politècnica de Catalunya has several schools in Barcelona, Manresa, Sant Cugat del Vallès, Castelldefels, Terrassa, and Vilanova i la Geltru. UPC specializes in technology and science for degree, doctorate, and continuing education courses, and has a strong research record. Over 30,000 students attend the school.

Pompeu Fabra University
Named after the Catalan linguist who died in exile during the civil war, Pompeu Fabra’s main campus is near Parc de la Ciutadella. Since its founding in 1990, this young institution consistently yields high academic results, with a comprehensive range of degrees and postgraduate courses attracting diligent students with an eye to the top-end job market. Around 14,000 students attend Universitat Pompeu Fabra although some say it’s quite Catalo-centric.

Universitat Ramon Llull
A private university with Catholic leanings, Universitat Ramon Llull is named after the great medieval Catalan philosopher and places a strong emphasis on architecture and engineering. Founded in 1990, URL is in several educational centers, such as the business and law school, ESADE. It has nearly 20,000 students. Getting your qualifications recognized in Spain