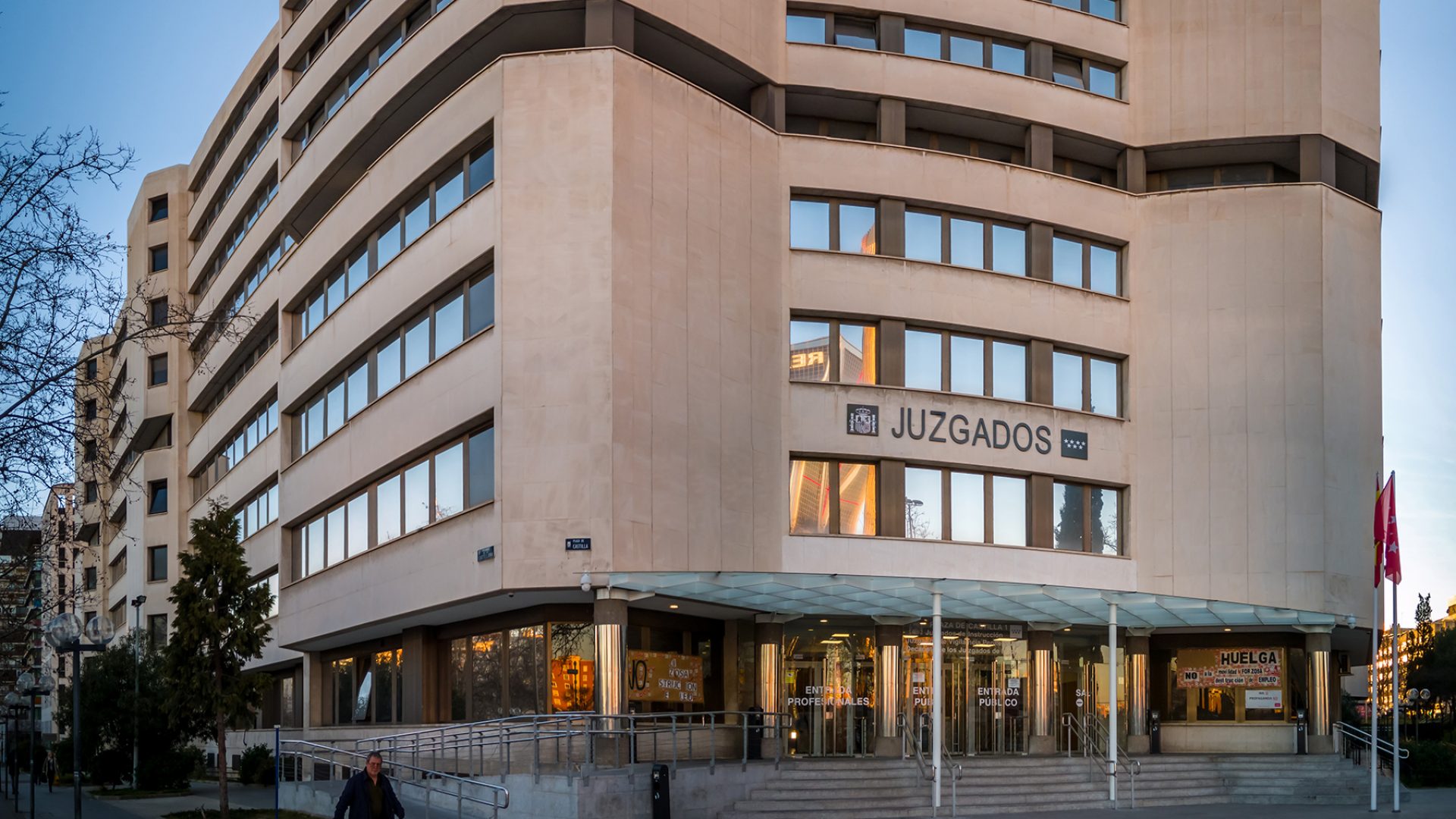 Crime and the legal system in Spain

Spain has a relatively low crime rate, but you should be aware of some common crimes in Spain and Spanish laws to increase your safety when living in Spain.

Spain’s crime rate is relatively low compared to other countries around the world, but you should be aware of some common scams, thefts, and crimes. You’ll need to take some safety precautions when traveling or living in Spain, as well as be aware of laws in Spain and the Spanish legal system to know your rights.

Crime and safety in Spain

Petty criminals are known to operate in the major Spanish tourist destinations, targeting the casual tourists who explore the city centers. People are advised to avoid traveling with large amounts of money and to be careful when using ATMs or paying for goods on the street. Busy locations such as markets, outdoor performances, and cafes are prime target areas and you should be extra vigilant. Be mindful that criminals often work in gangs with one member distracting the intended victim, perhaps by pointing at something, while another uses the opportunity to steal their belongings.

With the highest proportion of the population (17.84%), Andalusia unsurprisingly has the highest rates of crime. However, the rate of crime is actually proportionally higher in the region, which includes Seville, than in other areas (20.09%). Particularly high are crimes against freedom (22.98% of Spain’s total) and socio-economic crimes, which includes theft (22.47% of the national figure). In addition, the rate of homicide is higher than the national average, as are crimes against public safety, which includes driving offenses (19.39 and 18.74% respectively).

The region containing Barcelona is the second most populous region in Spain with 16% of the population living there. The region is responsible for a slightly lower proportion of the national crime total (15.33%) but it has a higher incidence of homicide (17.04%), socio-economic (16.75%), and crimes against public safety, such as driving offenses (16.40%).

The South Eastern region has the third-greatest concentration of people in Spain, with 10.4% of the population. The area has registered a higher share of crimes against freedom (e.g., kidnapping), sex crimes, and socio-economic crimes than its share of the population (14.62, 13.16, and 12.77% respectively).

The sun-kissed Canaries have a smaller share of the national population (4.51%) but actually see a relatively higher proportion of certain crimes, particularly sex crimes (6.76%) and homicides (6.30%).

The capital city of Madrid and its surrounding region is the safest of the large population centers. Containing 13.75% of Spanish residents it is responsible for just 10.41% of all crime. The biggest issue facing the region is homicide (14.06% of the national figure). However, in other areas crime figures are much lower, including crimes against public safety (10.89%), socio-economic (9.73%), sex crimes (10.34%), and crimes against freedom (9.20%).

However, figures are always relative. Spain actually has a lower incidence of crime than in many other OECD countries. According to the OECD Better Life Index, Spain has a  homicide rate of 0.6 murders per 100,000 inhabitants which is much lower than the OECD average of 3.6 per 100,000. OECD figures also show that 83% of Spanish residents say they feel safe walking alone at night, compared to the OECD average of 69%. Separate figures have also shown that the percentage of people reporting conventional crimes, such as those relating to vehicles, property, sexual crimes, fraud or corruption, was 9.1 percent, compared to an OECD average of 15.5%.

Common crimes to watch out for

In recent years organized criminals from some European countries have begun to engage in lottery scams sending e-mails and letters to residents in Spain. Typically residents are told that they have won a prize in a foreign lottery when the recipient has probably never entered such a draw. In the message the “lucky winners” are informed that in order to be paid their prize, they must provide personal details including bank details together with a payment to cover ‘expenses’. The contact details are all international but the messages and documents may include genuine-looking logos for foreign or Spanish lotteries (e.g., La Primitiva, El Gordo de la Primitiva), insurance companies, or government departments. You are recommended not to respond in any way and under no circumstances to provide your bank details or to make any payments.

Trileros: The participant tries to find a ball under one of three cups. Needless to say, the game is rigged, sometimes involving an accomplice who appears to win a sum of money.

The Little Picture: The intended victim is approached by a criminal who appears to be intellectually challenged and is carrying a bag containing money or some other apparent valuable. Another criminal appears and persuades the victim to buy the bag, which is switched and ends up containing worthless paper.

The Installer: The criminal calls on the intended victim posing as an employee of a utility provider, such as a gas installation company, to perform a system check. They persuade the resident to allow them to carry out fake work and then charge for services not provided.

The desahuanciado: The criminal poses as someone in financial or personal distress. They explain that they are trying to liquidate treasured possessions, such as an expensive watch and offer it for sale at a low price. The item is, however, practically worthless.

Occasionally, counterfeit Euro banknotes make their way into circulation. You can check the authenticity of notes by the following:

What to do if you’re a victim of crime

Crimes can be prosecuted through the legal system in Spain as either public or private crimes. A public crime is pursued by the Spanish authorities and in these cases, any individual who was injured as a result of the crime will not be a party to the action.

On the other hand, a private crime (injuries, defamation, sexual offenses) is only pursued through the Spanish legal system if the victim makes a claim. In these situations, the victim is considered a party to the criminal activity. If the police are called to the scene of a crime or if it involves rape, kidnapping, or traffic offenses they will file a report. However, in other cases the victim of a private crime must present certification in the form of a written accusation before a Spanish judge, confirming that conciliation between the two parties is impossible. The complaint (querella) that is filed before the judge states who is being charged and the nature of the designated public or private crime. The complaint should also include the following details:

Along with the accusation, evidence will be required. You may also need to provide funds to cover the proceeding expenses.

Once an accusation has been made, the judge will decide whether to start a criminal proceeding against the accused. If the complainant disagrees with the judge’s decision it can be appealed through the Spanish legal system. The person making the complaint also has the option to act as the prosecuting party. It is possible for the claimant (querellante) to renounce the claim at any time, although the person may be held civilly or criminally liable.

If you have been aggrieved in Spain and are willing to claim before the Spanish courts, it is strongly advisable to seek the assistance of a Spanish lawyer who is familiar with the Spanish legal system. Further information on the rights of victims of crime in Spanish criminal proceedings can be found here.

Witnesses to a crime

Individuals who have witnessed the commission of a crime are obliged to inform the Spanish authorities with the exception of:

There are three policing authorities in Spain you can report a crime to:

Levels of punishment in the Spanish legal system

There are three levels of punishment that can be imposed in the Spanish legal system, depending on the severity of the offense.

These include the most serious offenses (delitos) involving significant amounts of harm or threat against the person (murder or manslaughter), property (thefts committed under certain circumstances), national security, drug trafficking, etc. Penalties consist of:

Crimes falling into this category in the Spanish legal system include involuntary manslaughter, less serious thefts, and driving a motor vehicle in Spain under the influence of drugs or alcohol. Penalties are in line with the following:

The least serious crimes are included in this category, such as theft of property under €400. Penalties include:

Companies operating in the Canary Islands are eligible for special tax incentives under the Spanish legal system:

The Spanish government has actively battled forces seen as a threat to the state. In recent years Spanish prosecutors have aggressively targeted cases of serious human rights abuses, including filing criminal charges against former heads of state and senior political figures of foreign countries. In 1996, Spanish prosecutors filed charges of genocide and terrorism against former military leaders of Argentina and Chile. The charges related to acts committed against Spanish nationals during the military dictatorships in the South American countries. A 1958 Spanish-Chilean convention on dual citizenship allows any Chilean, whether living in Spain or not, to file a lawsuit through the Spanish legal system with the same rights as a Spanish citizen. 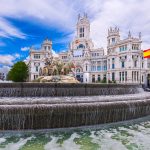