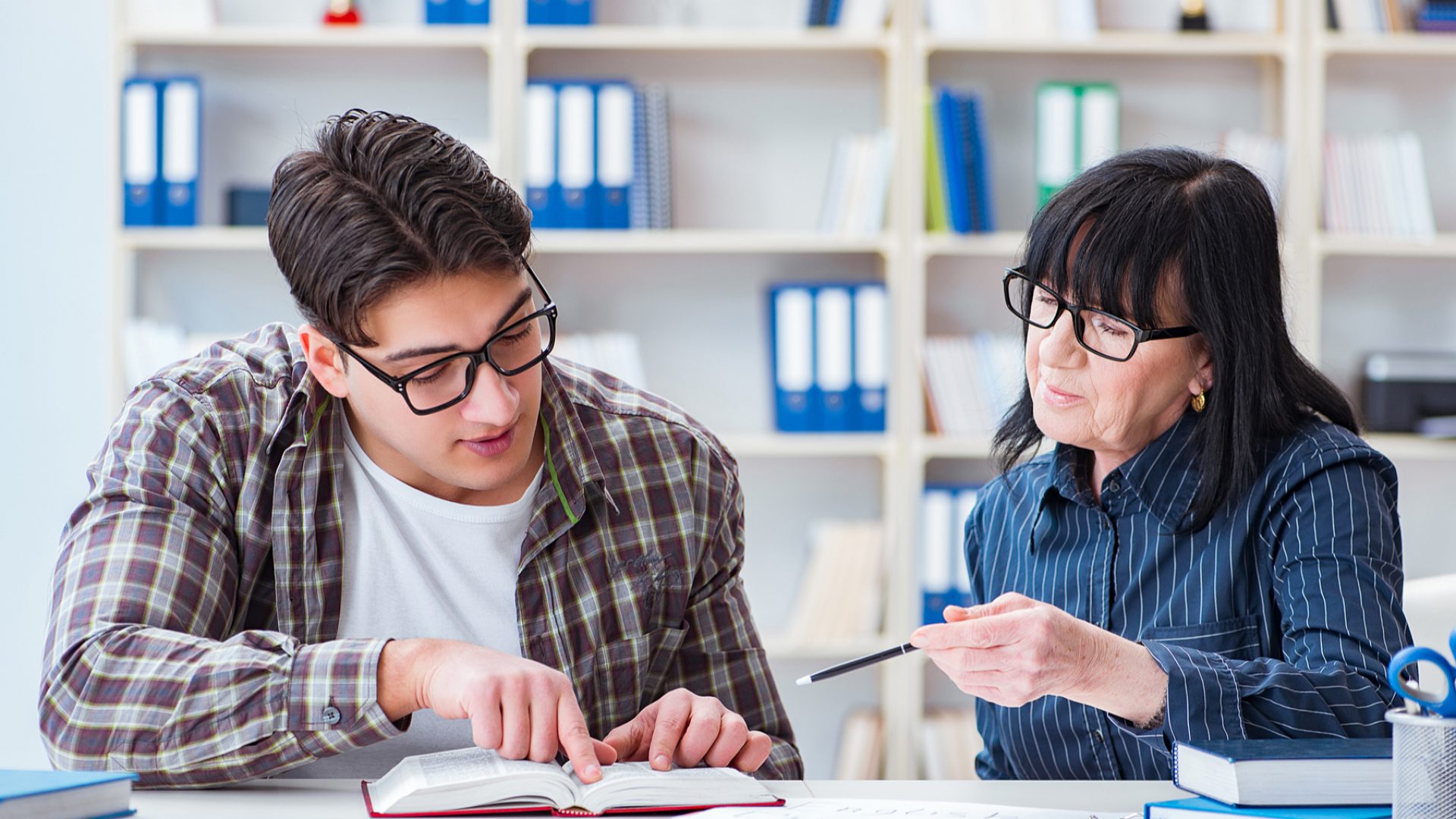 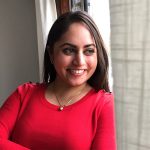 Whether you choose to learn Spanish in Spain or before you move, knowing the language can be useful as an expat. Here’s how to learn it.

Tempted to learn Spanish in Spain or perhaps grasp the basics before you move to the sunny country? Either way, getting to grips with Spanish will make it a lot easier when it comes to setting up your new life there; from arranging your visa and finding a place to live, to setting up your basic utilities once you arrive. Luckily, there are many ways to learn this vibrant language, whether you prefer a formal setting or a casual online space. From expensive in-person classes to free apps and everything in between, there are plenty of options to get you started.

To help you decide the best method for you, this guide will walk you through the ins and outs of learning Spanish, including the following:

LanguaTalk is an innovative online language learning platform that brings teachers into your living room. Their platform will ensure you’re speaking like a local before you know it. Whether you're learning Spanish for business or pleasure, simply choose the right time and ability level for you and join one of LanguaTalk's 1-to-1 classes from the comfort of your home.

Spanish is the dominant language in Spain. In fact, over 72% of the Spanish population speak it as their first language. Of course, other dialects may also be spoken in other areas. For example, Catalan is widely used in the regions of Catalonia, Valencia, and the Balearic Islands; while Galician and Basque are used in Galicia and the Basque Country, respectively. However, Spanish, also known as Castillan, is the predominant language in Spain. As such, it can be very useful to have at least a basic understanding of it if you plan to move to the country.

Whether you learn Spanish in Spain or elsewhere, it is a very useful language to know. This is because there are 471 million native Spanish speakers in the world, making it the second most widely-spoken language in the world, behind Chinese. And, of course, it is the official language in 22 countries including Bolivia, Colombia, Costa Rica, Colombia, Mexico, Peru, and Puerto Rico.

Read more about the language and culture of Catalonia

Spanish is also one of the easiest languages for native English speakers to learn. This is because English and Spanish are both Latin languages, so have a similar linguistic base. As such, most English speakers would only need about 600 hours to master the language; instead of the 2,200 estimated for more complex languages like Arabic or Mandarin.

Of course, understanding Spanish will also give you access to a wide range of entertainment options while living in Spain. For example, you will have an easier time listening to the news on TV, watching films, listening to music, and even venturing out to the theater.

How to learn Spanish before moving to Spain

Of course, you could wait until you move to Spain before you learn the language. After all, you would have the benefit of immersion. However, as we have already mentioned, it can be useful to have a basic grasp of Spanish before you move; even if you plan to learn Spanish in Spain.

Check out these useful Spanish phrases and expressions

Either way, expats who choose to learn Spanish will enjoy significant advantages upon arrival in their new home country. For instance, it might be easier for them to arrange a visa or secure a job, or perhaps attend primary school, secondary school, or university. And, of course, having a few choice Spanish phrases up your sleeve will ease your cultural integration into the country.

Because Spanish is so widely spoken around the world, it should come as no surprise to learn that there are many international language schools where you can learn it. Here are a few that may be useful:

Where to learn Spanish in Spain

A strong reason for learning Spanish in Spain is that you will have access to a wide range of classes. For example, you can attend intensive courses and immersion programs, as well as casual conversational classes or summer camps. And, of course, many of these will offer class visits to some of Spain’s famous historic sites, museums, bars, and restaurants.

As such, you will have the added benefit of accelerating your learning through immersion. With this, you will also be able to pick up some popular Spanish phrases and informal expressions.

Cervantes International School is part of the Cervantes Institute network, which is a group of accredited Spanish schools in Spain and abroad. The main campus is located in Malaga, but there are partner schools in six other cities. Cervantes offers Spanish lessons for all levels and ages, in addition to accommodation and activities. The language institution also guarantees students’ success at the DELE exam.

The don Quijote language school offers Spanish lessons to students across Spain and Latin America and has a strong history that spans two decades. The school offers more than 20 Spanish courses, from beginner Spanish courses to Spanish teacher level. These can also be combined with activities such as cooking, scuba diving, and tango dancing. There are also specialized classes for specific industries, so students can learn medical or business Spanish.

Enforex has 13 language schools across Spain, and even more in Latin American countries. They provide Spanish courses for travelers, intensive learners, as well as business learners and children. They also offer a Spanish summer camp for students aged five to 18 years in several major cities in Spain. These day and residential camps allow children to make Spanish friends their own age, with around 60% of Spanish students attending, while improving their language skills and participating in a variety of sports, excursions, and other activities.

Estudio Sampere is a small group of family-run boutique schools. They have been offering Spanish lessons to international students since 1956, and now have locations in Cuba and Ecuador. Today, Sampere offers a variety of programs, including intensive Spanish courses, DELE preparation classes, and beginner and teen classes. The school is recognized by leading Spanish institutions, including Instituto Cervantes, IALC (International Association of Language Centers), AATSP (American Association of Teachers of Spanish and Portuguese), and NAFSA (Association of International Educators).

International House is a global network of schools with seven locations in Spain. Spanish lessons focus on practicing grammar in contexts that replicate everyday life, and students can combine classes with activities such as cultural visits. Their courses include general Spanish courses, Spanish for business, DELE preparation, as well as Spanish cooking classes. The majority of students are between 20 and 40 years of age.

Home Language International offers full-immersion Spanish programs. Because you will be the only student in your accredited language teacher’s house, you will have the opportunity to learn Spanish in Spain in a useful way. Classes range from 10 hours to a full week and involve trips as well as other fun cultural activities, but you can fully customize your program.

Linguaschools offers seven locations in Spain and prides itself on Spanish lessons that foster a more familiar atmosphere for students. Teachers take the time to get to know their students and understand what they need so that they can give proper instruction. While the schools offer a wide range of courses and other services, they are small enough to provide personalized service.

Las Escuelas de Idiomas is a network of government-funded language schools with locations dotted all across Spain. Although the schools specialize in Spanish, they also teach other modern languages. Because courses are quite reasonable – most cost less than €100 – this is also a cost-effective way of learning Spanish in Spain.

Additionally, the Valencia and Catalan regions have similar government-run setups for learning Spanish in Spain. Depending on where you move to in the country, you might be able to arrange some language lessons by checking the local government website.

Whether you learn Spanish in Spain or before you arrive, there are plenty of online courses that can help. And the best part is, you can do them as and when you please, whenever they fit your schedule. If you want to try learning Spanish online, here are a few places to start:

While learning Spanish, it can be useful to have a few extra tools to help you with translation and expanding your vocabulary. Here are a few to try:

Learning Spanish with a computer or smartphone app

If you want to casually learn Spanish in Spain or plan to master the basics before you move, downloading a language learning app can be really useful. Here are a few popular ones to get you hablando (talking) like a pro in no time.

Here are some additional options you might want to consider:

How to learn Spanish outside of the classroom

You can attend all the formal Spanish classes and courses you want. But if you really want to master the language, your best bet is to get out and use it in everyday life. After all, you might as well learn Spanish in Spain while you are living there because you will hear it all around you. Here are a few suggestions for real Spanish immersion:

There are many apps and online courses that will help your children learn Spanish and become more familiar with the language. Of course, hiring a tutor is also an option. However, your children may also be able to learn Spanish in primary schools in Spain.

This is because most state schools offer extra lessons for students whose Spanish is not up to scratch. Furthermore, international or private schools will usually offer Spanish as a second language.

If you want to formalize your mastery of Spanish, you will need to take the tests for the DELE. The Diploma de Español como Lengua Extranjera (Spanish as a Foreign Language Diploma) is a series of tests that covers writing, reading, listening, and speaking across six levels.

Because it is overseen by Spain’s Ministry of Education, Culture, and Sport, and overseen by the Instituto Cervantes, it is the ultimate flex when it comes to being a Spanish speaker. Prices range from €108 to €160, however, this depends on which level of exam you are taking. 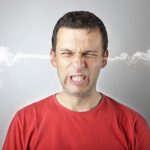