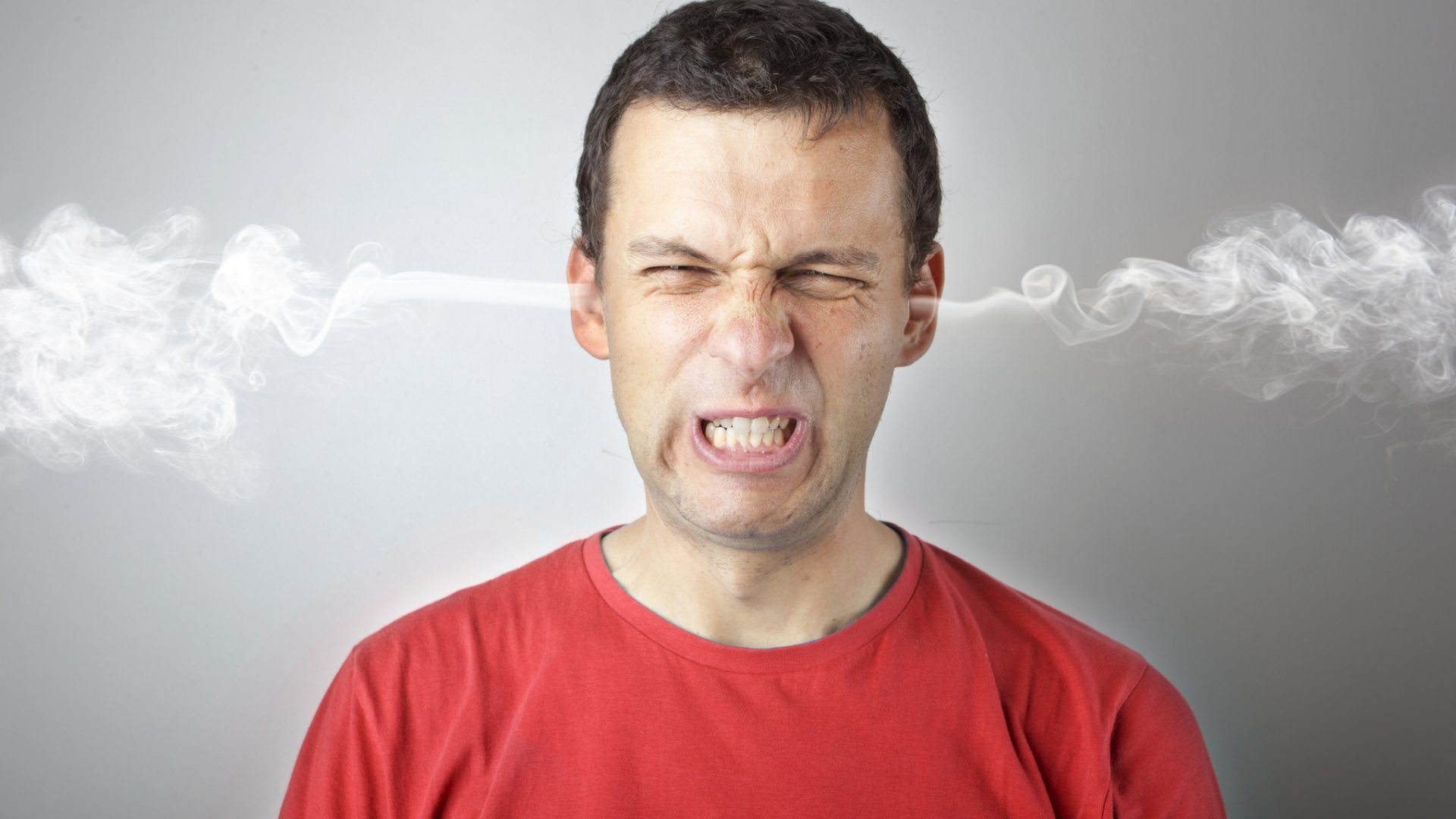 If you’re living in Spain, impress the locals by using any of these common Spanish phrases and expressions in your day-to-day conversations.

There are many things to organize when moving to Spain, such as buying or renting a place to live, opening a bank account, and getting a mobile phone. However, learning a bit about Spanish culture and picking up a few choice Spanish phrases can be really useful, too.

You may notice fairly quickly that Spanish is a rather flamboyant language that is full of delightful, although sometimes confounding, phrases. And while these informal terms and idioms don’t always translate literally, knowing them can be great for impressing the locals if you use them correctly during conversations. So until you learn the lingo and become fluent in Spanish, here are just a few that you might hear in everyday life.

LanguaTalk is an innovative online language learning platform that brings teachers into your living room. Their platform will ensure you’re speaking like a local before you know it. Whether you're learning Spanish for business or pleasure, simply choose the right time and ability level for you and join one of LanguaTalk's 1-to-1 classes from the comfort of your home.

Naturally, there are some Spanish phrases that you are likely to hear more often than others. From greetings and niceties to playful chat and beyond, here are some handy ones to learn when you move to Spain.

While this might sound rather basic, it is another one of the most commonly used Spanish phrases – especially in Spain. You can either say “Venga, hombre” to tell someone to hurry up (for instance, “come on man, let’s get going) or to brush off what someone is saying (“come on man, you’re kidding).

Pleased to meet you

Of all the Spanish phrases used for introductions, this one is perhaps the most useful to have on hand. This is because it’s the equivalent of the English greeting, “pleased to meet you” or the French “enchanté(e)”. It will also show whoever you are addressing that you have rudimentary Spanish manners. Just remember to use Encantado if you are a man and Encantada if you are a woman.

Literally translated as ‘as God sends’, this common Spanish phrase is used to demonstrate that you will do something well. For example, if someone asks, “are you cooking dinner tonight?”, you can answer, “Como dios manda”, which means yes and well.

Here are some other common everyday Spanish phrases you might want to learn:

When it comes to common idioms, the Spanish certainly show their sense of humor, not to mention their tendency to be a little poetic and, at times, dramatic. Here are some amusing Spanish phrases to impress the locals.

In English, the expression “to pull someone’s leg” means that you are fooling them or making fun of them. In Spain, however, the hair is at the center of this playful phrase.

Until the tail, it’s all bull

Literally translating as “until the tail, it’s all bull”, this rather visual Spanish phrase is fairly similar to the English expression, “Don’t count your chickens until they’re hatched” or “I’ll believe it when I see it”.

To have the monkey

Are you craving a cheeky cigarette after taking that long transatlantic flight? Or perhaps you’re desperate to get away and enjoy a much-needed vacation? In either case, you might say that you have a monkey; not literally, of course!

Although the meaning of this common Spanish phrase might sound a bit sinister, it is often used more as a sarcastic joke. It basically means that bad people outlive the good ones, for example, the lazy smoker who never exercised will live longer than the health-crazed dietitian who stresses about their job. You might use this when someone is worried about your health and you want to get them off your back, so to speak.

To ride the chicken

This rather amusing and graphic Spanish phrase is used to describe what someone does when they cause a scene in public. Leave it to the Spanish to come up with such a ludicrous mental image!

The English equivalent of this common Spanish expression would be “a few sandwiches short of a picnic” or “the lights are on but there’s nobody home”. It is basically a poetic way of describing someone who is not very intelligent.

Spanish is somewhat of a fiery language and there are certainly some heated expressions to express one’s anger. Just take a look at these creative Spanish phrases.

This is a great Spanish phrase for expressing annoyance, however, this is more of a warning. You use it when you want to express that you are getting angry and the other party should watch their step!

I’m up to my balls/nose/bun

This is probably one of the most commonly used Spanish phrases among Spanish-speaking mothers. This is because it is used to convey frustration. As such, it’s a good phrase to have on hand when you want to express that you have had enough of someone’s annoying (or bad) behavior and will not tolerate it anymore.

Don’t go where you’re not called

If you are sick of someone sticking their nose where it doesn’t belong, then you can use this popular Spanish phrase. It basically means “it’s none of your business” or, “no one asked for your opinion.” You sure told them!

Frying asparagus is just one of the Spanish phrases that a local might let fly if they are getting irritated by your presence. However, “vete” is a very versatile verb. In fact, you can use it on its own to tell someone to go away, or with a combination of other phrases to imply the same meaning. For example, a Spaniard might send you to the horn (read: tell you to go away) by saying “vete al cuerno.”

Whether they are frying it to make leche frita or mixing it with rice to make arroz con leche, the Spanish certainly love milk. In fact, they are so fond of the white stuff that they even have a whole list of popular Spanish phrases that center on it. Just take a look at these for starters.

To have bad milk

This is one of the more expressive Spanish phrases where milk takes on another meaning; here it means being in a bad mood or being bad-tempered. The expression actually stems from the superstitious days when people believed that babies inherited their personalities through breast milk. Because of this belief, wet nurses (often used in olden times by aristocratic mothers who believed breastfeeding their own children was unseemly) were carefully chosen for “good” milk.

Interestingly, this negative milk-based Spanish phrase can actually have two meanings. Depending on the context you use it in, “con mala leche” can either mean that someone has a bad temper or that they did something with bad intentions. Either way, though, it’s not good!

To be the milk

Confusingly, this phrase can mean different things too, depending on the context. As such, you will want to pay attention to the rest of the sentence. For example, if you say a new phone “es la leche”, you are saying it is great. However, if you say that someone “se cree la leche”, then you are implying that the person is a bit full of themselves and thinks they are all that.

Spanish phrases with no English equivalent

Like most languages, there are some common Spanish phrases that only exist in that language. Therefore, you will only really learn them after you have moved to the country and have become fully immersed in the culture.

I have a bad pig

No, this phrase doesn’t actually mean that you have an unruly porcine. Instead, it captures that “I’m so stuffed I can’t move” feeling after a meal. As such, it is one of the most useful Spanish phrases to whip out at Christmas and Easter in Spain.

To go out for a snack

If someone asks you “¿Quieres merendar?” they are asking you if you want to grab a quick bite or snack. In fact, the Spanish have a tradition of going out for an afternoon snack. And while it might not be quite as lavish as a traditional English afternoon tea, the idea is the same.

Imagine this: you have just finished eating dinner with friends, but you’re still seated at the table, enjoying conversation, and perhaps finishing your wine or coffee. This moment is what “sebremesa” is all about. Although it literally means “on table”, the word has a more poetic meaning.

There might be several English synonyms for the Spanish word “aturdir“, but none fully capture the full sense of being overwhelmed that this Spanish phrase does. In fact, this phrase conveys a sense of being so completely stunned or overwhelmed that you cannot focus or think. As such, it is probably popular with tired parents, overworked employees, and busy university students.

Adjective version of desvelarse – to stay up too late

Think of this as the Spanish equivalent of “I stayed up watching Netflix until 04:00 and now I’m too tired to function.” Leave it to the Spanish to so eloquently capture the exhaustion of staying up late doing nothing in one succinct adjective. You can also use this as a verb instead of a descriptor, too.

To not know a potato about something

Another one of those expressive Spanish phrases, you can throw this into a conversation that you do not understand at all. If you are looking for an English phrase that captures the same meaning, then the closest you will find is, “to not have a clue about something.”

Speaking of the King of Rome

In English, we might speak of the devil, but, in Spanish, they speak of the King of Rome. Is this an esoteric reference to the seven kings of Rome who ruled between 753 BC until 509 BC? Well, we have no way of knowing, but we do know that Spaniards use this phrase when someone they are talking about suddenly shows up (or calls or sends a text). As such, you can substitute this phrase for the English one, “speak of the devil.”

Discover these 30 surprising facts about Spain

To do/make your August

Forget the months of the year. This popular Spanish phrase means – metaphorically – “to make your fortune.” As such, you might throw this into a sentence to say that someone made a fortune by being successful at something – think Bill Gates and computers.

Again, there is no real equivalent for this adjective in English and it is also used to describe everything from shabby or seedy to cheesy or uncool. Examples of things that are “cutre” in Spain include small, authentic Spanish bars with a permanent smell of tobacco and frying oil or wearing a sweater with too many holes. 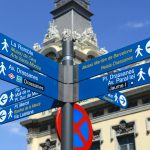