A foodie's guide to Spanish cuisine and ingredients | Expatica 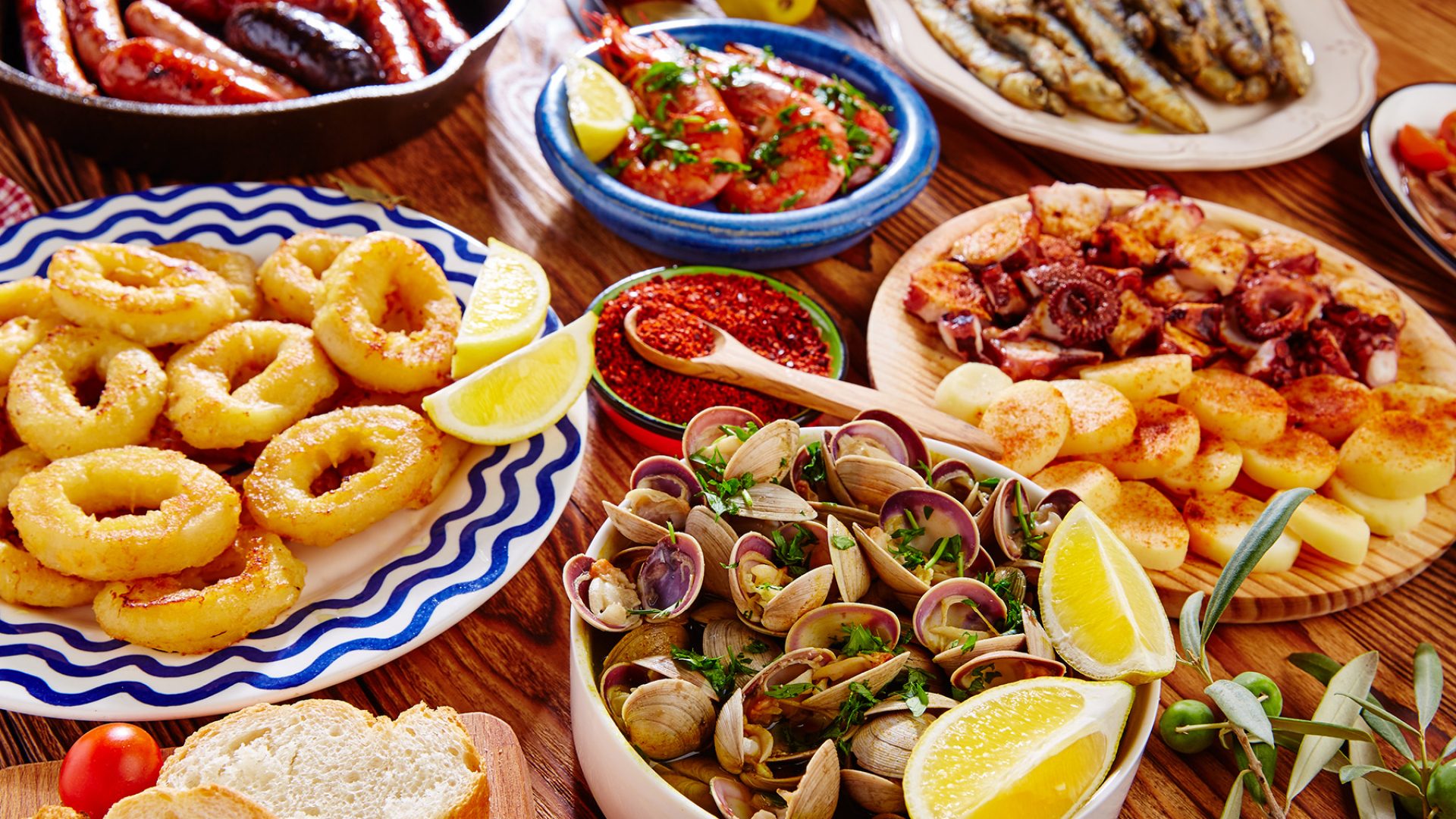 An introduction to Spanish cuisine and ingredients

Olive oil, olives, garlic, tomatoes, and a few other Spanish ingredients are all you need to whip up delicious Spanish cuisine.

Spanish food is low in fat, colourful, delicious and adaptable. It’s also very easy to cook, as most Spanish recipes rely on good quality ingredients, cooked simply to bring out the natural flavours in the food. The Spanish don’t smother their food in sauces – they have complete confidence that the ingredients will speak for themselves.

Vegetables in Spain are harvested when they are ready for eating. They don’t ship half-ripe vegetables around the world to sit on supermarket shelves for weeks on end; the Spanish have more respect for what goes into their stomachs. This is slowly changing in some of the cheaper supermarket chains, but you can still find a good selection of fruits and vegetables at any of the many local markets in Spain. To make the best quality Spanish food, it means sticking to fruits and vegetables according to the season.

Everything you buy in Spain is ready to use, and this makes such a difference to the flavour of the end product. If you’re not sure where to start, here’s my checklist of indispensable ingredients and how to use them.

This is the most important ingredient in your Spanish kitchen, and it has so many uses. You’ll see a bewildering array of oils in Spanish supermarkets, but the choice is simple.

Go for extra virgin first cold pressing, and select oil with a nice dark green colour. You don’t need to spend a fortune on your oil, but don’t bother with anything other than extra virgin, as you may be disappointed with the results. Olive oil prices are relatively low compared to other countries, so you’ll be able to find a good quality oil in your price range.

Oil is used for cooking, marinades and salad dressings, and if the Spanish want to put anything on their bread, they’ll opt for olive oil rather than butter.

Olives are another Spanish ‘must have’ – you can buy them in jars and tins in the supermarket, or loose at market stalls. They come in all shapes and sizes, and can be stuffed with peppers, anchovies, garlic and almonds, among other things.

Use olives in salads and place dishes of various olives out for tapas when you have guests. Olives are also used in recipes for chicken and fish.

If you’re cooking with olives, rinse them in water first to ensure they’re not too salty for your purposes.

Like olives, the tomatoes in Spain come in all shapes and sizes. There are beef tomatoes, vine tomatoes, plum tomatoes and cherry plum tomatoes, which are delicious halved in salads or threaded on cocktail sticks with olives and chunks of yellow pepper as an instant tapa.

Many Spanish recipes call for tomatoes, and the Spanish have a unique way of preparing them which brings out their flavour and ensures you don’t spend ages fishing tomato skins out of your culinary masterpiece.

Grate rather than chop your tomatoes before adding to soups, stews and other recipes. It’s quicker, easier and safer than chopping, and helps to thicken sauces and soups without the need for corn flour.

Don’t look for tubes of tomato puree in Spain – you won’t find it. Buy tomato frito in tins or jars, and store in the fridge for up to a week after opening. Many recipes call for this, but it also makes a delicious snack spread on toast, topped with fried or poached mushrooms and seasoned with black pepper and ground chilli flakes.

For those days when you want a change from Spanish food, tomato frito makes a great pizza topping, or use it for the basis for a pasta sauce.

Red, green and yellow – make sure you always have some available while cooking a Spanish meal. For a different, more intense flavour, roast the peppers in a hot oven for about half an hour before use.

Or halve the pepper lengthwise, remove the seeds, stalks and ribs and toss in olive oil. Season and roast until pepper is soft and edges are slightly charred but not burned black. Great in a red pepper soup or Gazpacho.

Hold some back from the gin and tonic, because lemons make a great accompaniment to fish and chicken.

Marinade a fresh or frozen tuna steak in lemon juice, black pepper and freeze dried parsley for about 30 minutes. Coat with olive oil and wrap in foil, making sure you leave air space for the fish to steam. Or cook in a hot oven or on the barbecue for 10 minutes or so, until fish is opaque and flakes easily.

For tasty chicken, mix together olive oil, lemon juice, sea salt, black pepper and chilli flakes. Marinade chicken breast fillets for up to two hours in the fridge, before barbecuing or pan frying them.

If you ever wondered why there are no vampires in Spain, it’s because virtually everything is cooked with garlic. You can even buy garlic shoots in the market, which resemble spring onions but are pink at the bottom.

The Spanish eat them in salads. The garlic cloves are bigger and the flavour is stronger than you may have been used to, so experiment to find the right level for you. You can always add more, but you can’t take it out of the finished dish!

The Spanish love fresh crusty bread and ali oli before a meal. Making your own is easy. Buy good mayonnaise, and add loads of crushed or grated garlic until you can smell it coming, or make it yourself by whisking raw eggs and garlic together.

A much more gentle spice than its close relative, chilli. Many Spanish recipes call for paprika, and it’s great for adding flavour without heat to soups and stews. I always add paprika to omelettes and scrambled egg, and it’s a great way to perk up egg mayonnaise.

The most expensive spice in the world, but so much cheaper here in Spain. Saffron is an essential ingredient for paella, but to keep the cost down, the Spanish will also add yellow food colouring. And don’t fall into the trap of substituting turmeric – it will give your paella a bitter flavour.

With these basic ingredients, you’re ready to roll in your Spanish kitchen. 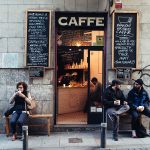