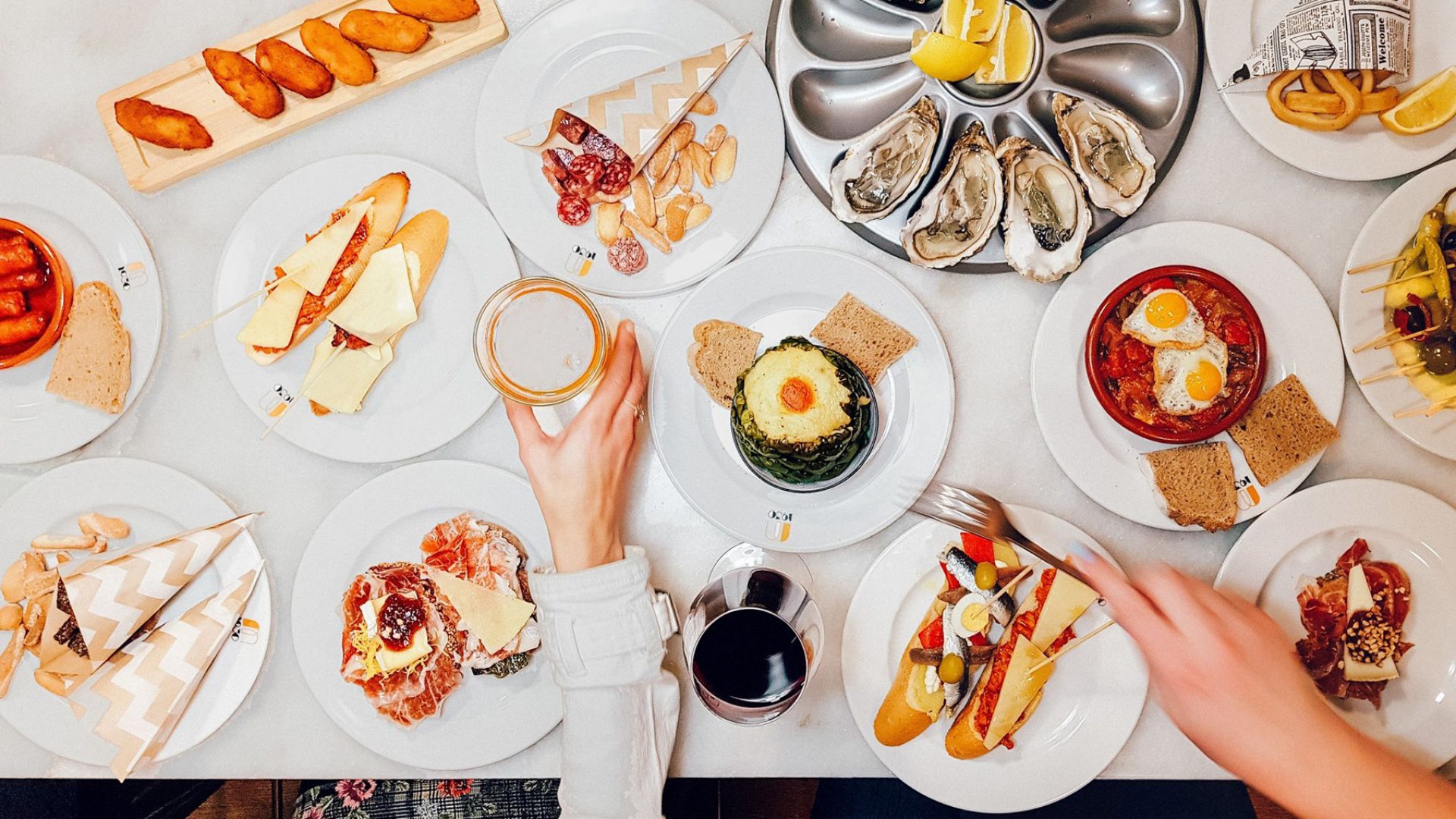 Home Lifestyle Food & Drink Top foods to try in the Balearic Islands
Last update on January 18, 2022
Written by On the Pulse of Spain
Share

It’s no secret that Spain’s Balearic Islands serve up some of the world’s tastiest food. Get acquainted with their traditional Balearic dishes, some of which can be found around Spain.

It’s no secret that Spain’s Balearic Islands serve up some of the tastiest seafood in the world. But other than lobster and fish, this Mediterranean paradise has much more to offer from sumptuous vegetable dishes to delectable baked goods.

If you visited any of the Balearic Islands, you know two things: locals are proud of their traditional cuisine, and cooking plays an important role in their daily life.

More so than many other tourist destinations, great restaurants are in abundance; finding a ‘bad’ restaurant is actually much harder than finding a good one. Homemade dishes from the land and surrounding sea’s natural produce are available on order in majority of restaurants.

The variety of typical dishes on the Balearic Islands is immense. There are so many delectable foods and regional products that you won’t be left disappointed. Whether you prefer sweet or savory, there’s plenty to satisfy everyone’s tastes.

Some say that the regional cuisine of the Islands is based on that of Cataluña’s and Valencia’s due to their strong historical links. However, there are still a whole host of foods that come with an authentic Balearic Island stamp.

The cuisine varies from island to island, but many of the ingredients are the same. Seafood features highly for obvious reasons, as does pork due to the importance of pig breeding and farming. Almond trees covering the Islands are often in both sweet and savory dishes. Olive oil, bread, and tomatoes are, naturally, also absolute musts.

Below are the most popular traditional Balearic Island food. Some you may recognize and perhaps even one or two that you’ve tried before without even realizing where they originated.

This is probably the most famous traditional product of Mallorca. You will most likely find them in the majority of supermarkets, large bakeries, and cafeterias across the country. The ensaimada is a spiral pastry with yeast, lard, and flour as well as icing sugar on top. Locals eat it at breakfast as well as teatime. There are bakeries that produce only the ensaimada, which come filled with cream or fruit — although that’s not the norm. At the airport, you can buy boxes of these pastries in all sizes to take home. Some are even bigger than a large pizza!

Spain is well-known for its production of different types of tasty sausages, from the spicy chorizo to the milder longaniza. There is, however, only one sausage from Mallorca. Sobrassada is a red, spicy or sweet sausage made from the black Balearic pig. There are imitations, so make sure that you choose a sobrassada with the Sobrasada de Mallorca de Cerdo Negro denomination. This raw sausage is made from minced pork loin and paprika, salt, and black pepper. It then goes into the sausage skins and cures for several weeks. Because of the humid climate in Mallorca, it doesn’t dry out the same way as other types of sausages from the mainland do. It remains fairly soft as a result. Sobrassada is available either sweet or spicy and can be eaten raw or cooked. It is very often available on a traditional farmer’s style crusty bread.

Sopes Mallorquines or Mallorcan Soup is a traditional dish in all typical restaurants in Mallorca. It is usually a starter but is a fairly hefty dish in itself. It’s a delicious use of otherwise uninspiring ingredients. Onion, garlic, and parsley fry for a few minutes; green pepper and tomato slices follow. Next, chopped cabbage is thrown into the dish along with water to cover and cauliflower, spinach, and peas. Finally, slices of day-old bread go on top; the pan rests until the bread absorbs the liquid.

Seafood is another speciality from the Balearic Islands and they have plenty of varied dishes to demonstrate this. In fact, there is one type of lobster, the blue spiny lobster, which is one of the tastiest of its kind and is only abundant here. For this reason, one of the most special dishes to come from the island of Menorca is the calderata de langosta, or the lobster stew. As with many excellent dishes from the Mediterranean, the ingredients for this stew are few, yet the result is stunning. Hours go into making a delicious sofrito, a base mixture of tomatoes, green peppers, onions, garlic, and parsley (and, ultimately, the lobster). The whole dish then comes with thin slices of crusty bread. However, take note that the caldereta de langosta is only available during the spring and summer months; local fishing regulations prohibit their catch the rest of the year.

Anyone that spends any time in Spain knows this country also produces almost as many excellent cheeses as neighboring France. Maó cheese, or Mahon cheese, comes from Menorca and gets its’ name after its capital — Mahon. This pale cheese is a fairly soft cheese from cow’s milk and has a salty yet buttery taste. You can distinguish this product from others as it is square in shape and has a bright orange wax seal. Maó cheese that has aged for less time is softer and less salty. It often comes with fresh bread and red wine.

Tombet is a typical vegetarian dish from the island of Mallorca. Locals often eat it on its own or as an accompaniment to meat or fish. Tombet is basically a mixture of sliced potatoes, peppers, onions, and aubergine that have been seasoned and fried lightly in olive oil and then arranged in layers and baked in the oven. It is always baked and served in an earthenware dish, which is typical for many Spanish plates.

This is another popular traditional dish from the largest of the Balearic Islands; you will find it in every bakery on the island. It is also known as a coca de verduras, as it only contains fresh vegetables. It is a savoury dish, similar to the Italian pizza. The base is a very thin, crispy pastry, which is topped with a delicious mixture of chopped tomatoes, onions and peppers.

Aubergines are popular in Mallorcan cuisine. You will usually find stuffed aubergines on a list of starters in any traditional restaurant. The aubergine flesh is removed from the skin and cooked with minced meat, garlic, onion, parsley, tomato frito and seasoning. This mixture then returns to the aubergine skin. Sprinkle some breadcrumbs or cheese on top and bake it in the oven.

And, to finish off every good meal, most Mallorcans will drink a small glass of hierbas mallorquinas; a thick, green alcoholic liqueur made from a variety of herbs including mint, aniseed, rosemary, fennel, and lemon rind. It is a digestive and thus settles the stomach after a big meal.