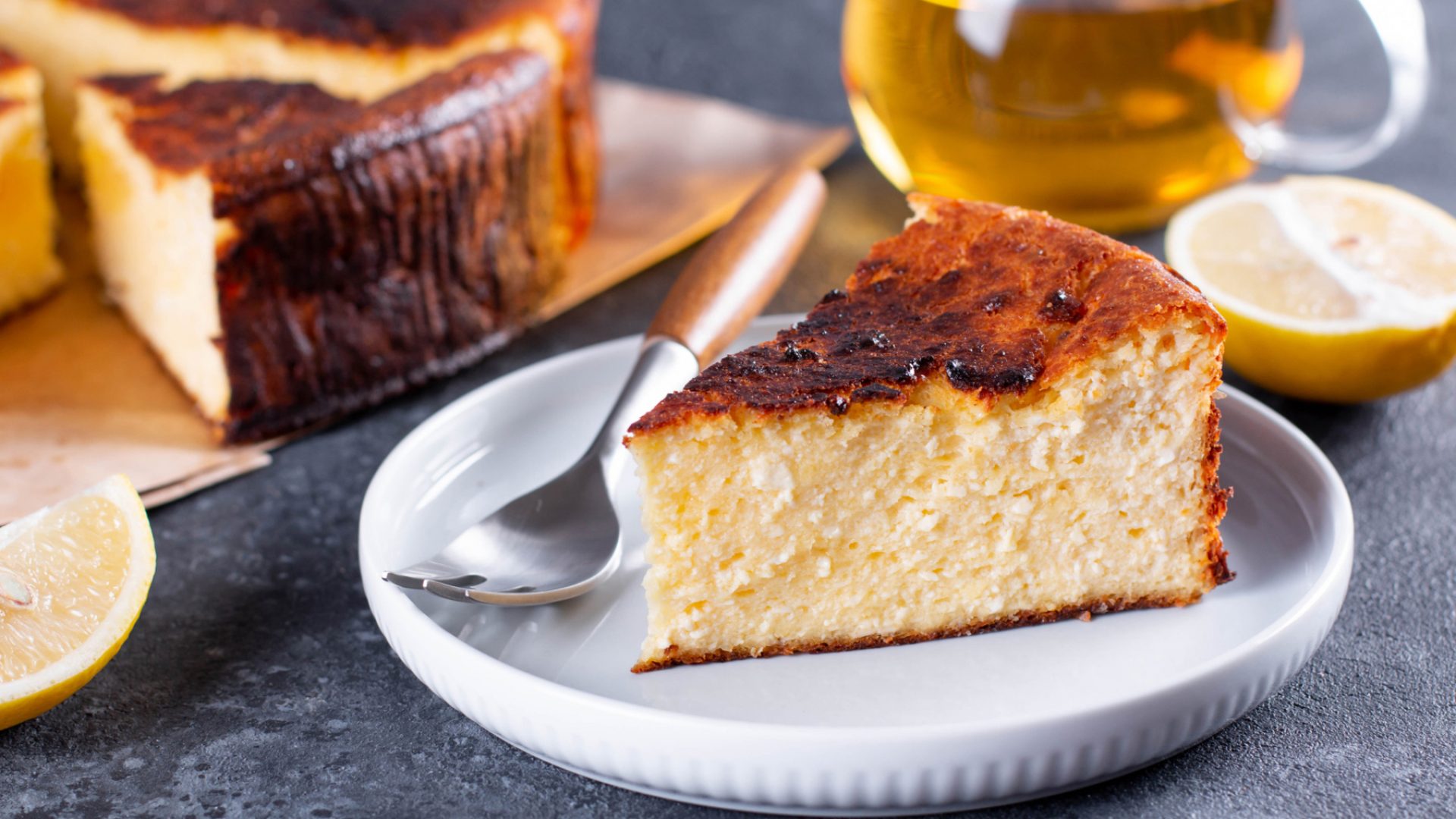 From crispy churros and decadent cheesecakes to floral puff pastries and everything in between, we delve into the most delectable Spanish desserts.

Spain is famous across the globe for its fresh, vibrant, and adventurous cuisine. But beyond the nation’s most iconic dishes lies a world of delectable desserts just waiting for you to explore. From creamy puddings and crispy fritters to rich cakes and intricate pastries, there’s something to satisfy all tastes in this foodie paradise.

So to help you bring a little Spanish flair into your kitchen, here are the top 10 Spanish desserts, along with recipes to try at home. ¡Qué aproveche!

Let’s start with the most iconic Spanish dessert – churros. Served piping hot from cafés, churro bars, and street vendors, these delectable fried dough fritters are traditionally a late-night snack in Spain. However, owing to their deliciously sweet flavor and satisfyingly crispy texture, they are now a popular treat the world over – to enjoy any time of the day. Similar to a doughnut, only denser in texture and shaped like a stick or a loop, churros can be eaten plain or topped with sugar or honey for extra sweetness. Some people also enjoy them with a thick chocolate or caramel sauce dip, making them even more delightful for those with a sweet tooth.

Ever wondered what fried milk tastes like? Well neither had we until we came across this mouthwatering Spanish delicacy. Leche frita – which translates to fried milk – is a popular dessert across the north of Spain, and a firm favorite with kids. It consists of milk pudding encased in a warm, crunchy batter and dusted with sugar and cinnamon. People typically serve leche frita with whipped cream or ice cream.

You can find this deliciously creamy Spanish dessert in homes, eateries, and pastry shops (pastelerías) throughout northern Spain. But if you want to try whipping it up in your own kitchen, then it’s surprisingly easy to make.

Prefer something savory? Check out these top Spanish dishes

Similar to French toast and bread pudding, torrijas is another hugely popular Spanish dessert that is also one of the easiest to make. It consists of thick white slices of bread which are dunked in an egg custard mixture, fried up, and served with lashings of cinnamon. Although there are many recipe variations, they all involve using stale bread as this gives it a better texture when cooked. This delightfully sweet treat is, therefore, a fantastic way of using up your old loaf instead of throwing it away. Waste not, want not, right? And if you want an extra kick, you can always whip up some Seville torrijas which is made using white wine instead of milk!

Arguably the most popular classic Spanish dessert, flan is also one of the most versatile. Indeed, there are numerous variations of the rich, gelatinous dessert which incorporate eggs, cheese, coconut, and vanilla. The classic Spanish flan, however, is made with a creamy vanilla egg custard, topped with a sticky caramel sauce. The basic ingredients include eggs, condensed milk, whole milk, and sugar which are mixed together in a metal mold and cooked in a baño-maría (water bath). Whatever recipe you choose to follow, though, this classic dish is best enjoyed with a freshly brewed cup of coffee.

As its name suggests, this Spanish take on French crème brûlée originates from the region of Catalonia in northeast Spain. The key difference, however, is that the Spanish variety is made with milk (not cream) and needs thickening with cornflour. Unlike its French sister, crema Catalana is flavored with lemon zest and cinnamon, rather than vanilla. That said, similar to crème brûlée, sugar is poured on top and burnt to form a crisp caramelized crust which is an absolute joy to crack open. Needless to say, this classic Spanish dessert remains a hit with kids – and big kids at heart.

No Spanish dessert is more beautiful than flores de hojaldre, which translates to ‘flowers of puff pastry’. Hailing from Alcalá de Henares in central Spain, the intricate dessert is made by carefully rolling pastry sheets into delicate shapes that resemble flowers or roses. These light and airy creations are typically dusted with powdered sugar for the finishing touch and pair perfectly with a cup of coffee. They can be made either savory or sweet, with the latter typically calling for ingredients such as thin slices of apples or pears, fruit jam, cinnamon, chocolate, or honey.

There’s cheesecake, and then there’s Basque cheesecake. Known as Tarta de Queso in its native Basque, this decadent Spanish dessert is a specialty from La Viña, a small bar in San Sebastián. Unlike the traditional New York-style cheesecake, however, the Spanish version doesn’t have a crust but rather a firm caramelized exterior which is created by baking it at a high temperature. While this gives it a burnt and cracked appearance, the inside remains light and creamy with a strong cheese flavor. Although La Viña claims the original recipe, different variations of this popular Spanish dessert exist throughout Spain and the rest of the world.

Literally translating as ‘St. James cake’, this almond and citrus-based dessert from Galicia dates all the way back to the Middle Ages. It pays homage to the patron saint of Spain by displaying a motif of his cross which is made by sprinkling icing sugar over a template. The basic ingredients include ground almonds, sugar, and eggs in equal parts, to which lemon zest, cinnamon, dessert wine, or brandy can be added for extra richness and flavor. Simple and quick to make, tarta de Santiago is the perfect coffee time snack or after-dinner treat which is also suitable for gluten-free diets.

If you’re looking to whip up a quick and easy Spanish dessert at home or have some leftover rice to use up, then nothing beats this creamy rice pudding dish. Arroz con leche is made from mixing rice with water or milk and adding other ingredients such as cinnamon, vanilla, and raisins. Interestingly, people in Spain enjoy this any time of the day; either as a daytime snack, as part of dinner, or as a dessert. For the latter, they simply add a sweetener such as sugar. While you can enjoy it hot or cold, it is typically served chilled as a dessert in Spain. Using cinnamon sticks instead of powder is generally known to be better, too, although both work well.

Christmas in Spain wouldn’t be complete without celebrating the season with some delicious pastries. Popular in Andalusia and other regions of southern Spain, these tasty twisted fritters are essentially pieces of dough that are flavored with various ground spices or orange or anise liqueurs and deep-fried in olive oil. The crispy pestiños are then drizzled in honey and sugar for extra sweetness. Locals also traditionally enjoy them during Lent, Carnival, and All-Saint’s Day when they gather with friends and family.