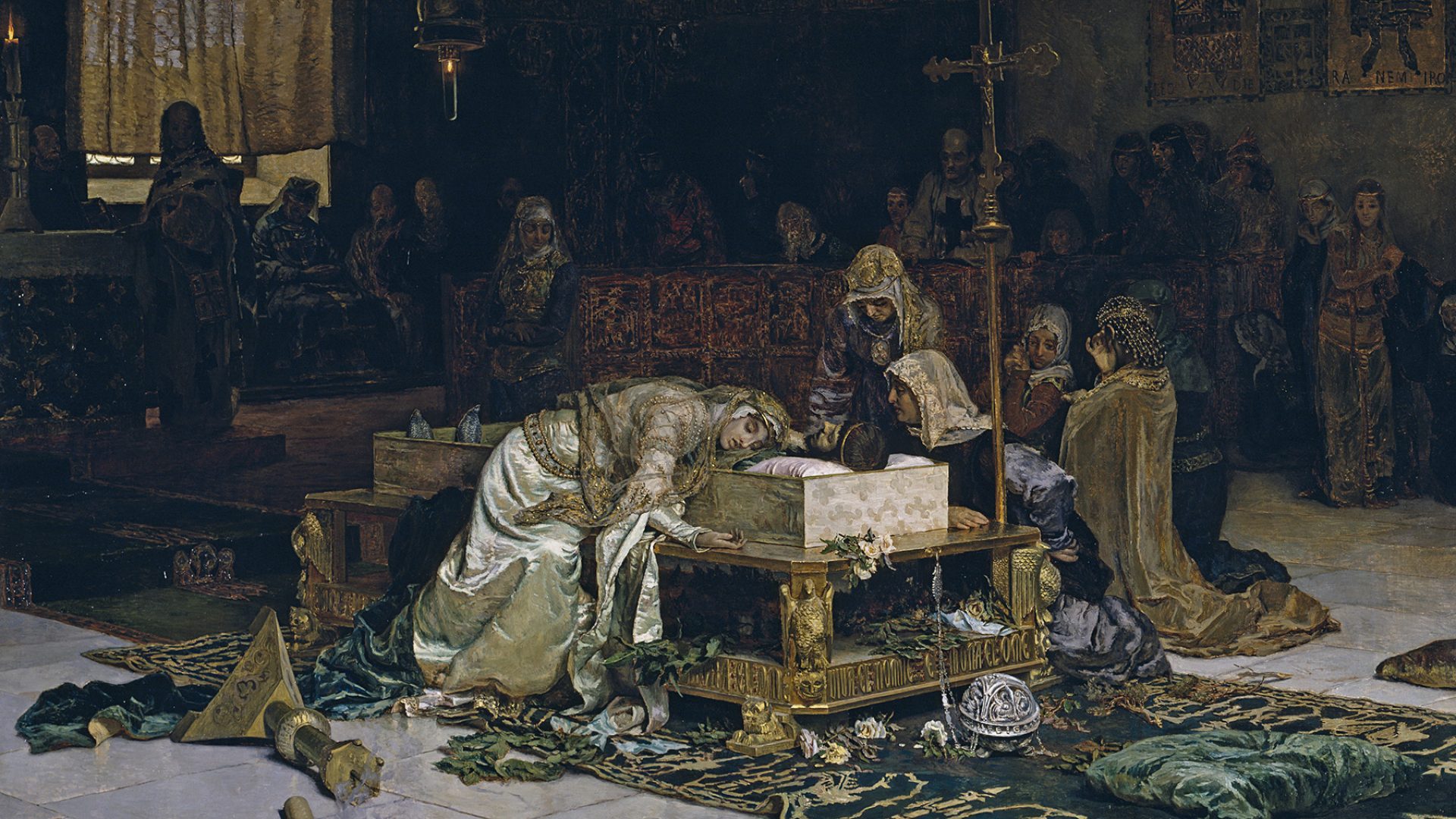 Spanish mythology is full of jarring characters and stories, like the monstrous creature who eats naughty children, a mouse that takes teeth, and a love story to contest the tragedy of Romeo and Juliet.

For my #MythicalMondays post this week on Spain, Henar of Wanderwings joined me to write about mythical creatures and Spanish folklore. Let’s begin exploring some of the interesting stories I came across about Spain.

Narrating tales to get kids to do something is a common scenario throughout the world. Many of us have heard stories of the Boogieman or a creature that takes kids away if they disobey.

In Spain, this is synonymous with ‘El Coco’ (or Cuco), a monstrous creature that eats or kidnaps children if they cause trouble. Incorporating this story in rhymes or lullabies is popular, and many parents use it to encourage children to go to bed, saying:

“Sleep child, sleep now, or else the Coco will come and eat you.”

The backstory of El Coco, take from Ramezcla, is spooky:

“According to a Spanish legend, Francisco Ortega, aka el Moruno, was a man sick with tuberculosis at the beginning of the XXth century. He was desperately looking for a cure for the disease, so he sought help from a Curandera. She told him he would be cured by drinking the blood of children and rubbing their fat on his chest. And so, el Moruno kidnapped a seven-year old boy, Bernardo, in a cloth bag, to slit his underarm and drink his blood. El Cuco is known for walking up and down the streets at night with a black bag, scouting for those children who roam the streets or misbehave.”

In 1894, Luis Colomo wrote a story for the young King Alphonso XIII, who had just lost a tooth. Colomo, inspired by the character of a mouse called Raton Perez, which had originally appeared in a story a few years ago, created Ratoncito Perez, a mouse who lived in a box of cookies with his family in Madrid, and ran through pipes to reach the bedrooms of the kids who had lost their teeth.

is the Spanish version of the tooth fairy and has been quite popular with the people. The story later became a movie and other books. The city council of Madrid paid tribute to Ratoncito Pérez with a commemorative plaque that reads: “Here lived, in a box of cookies, Ratoncito Pérez, according to the story that the father Coloma wrote for the young King Alfonso XIII.” This was the first time that a fictional character was paid tribute by the city council.

3. The origin of Barcelona

One interesting post I came across on anotherbcn wrote about the different legends about the name of the city.

One legend says that Hercules once set off on a journey with nine ships, with one separating from the group. Collectively, they began searching for the ninth one and found it at the bottom of the hill of Montjuïc. The crew fell in love with the area and decided to name the city after barca (boat) and nona (ninth). Hercules also fell in love with a beautiful girl, Pyrene. However, they could not stay together for more than several months in order to continue their respective journeys. That is where the name ‘Pyrenees’ comes from.

Another legend says the city’s origin lies with the Carthaginians, to Hamilcar Barca, Hannibal’s father. He arrived in this area and founded the city, then gave it his surname, Barca.

However, there is no evidence to prove either of the stories.

The city of Granada is home to several legends and stories, dating back to the time of the Moors. The Hall of the Abencerrages derives it’s name from a tragic legend in which 36 members of the noble Abencerrage family went to a banquet at the Alhambra palace by the Sultan Abu Al-Hassan. The Sultan had found out that the chief member of the guest family, Hamet, was courting his favorite concubine, Zoraya. Seeking revenge, he called his guards during the banquet and made them slit the throats of every family member. Afterwards, the victims’ heads were thrown into the fountains. Legend holds that the stain visible at the bottom of the fountains today is the blood left behind as a permanent reminder of the horrible massacre.

This is one of the most popular Catalonian legends. Celebrations are full of pomp and show, especially in Barcelona.

Legend has it that there was a dragon in Montblanc who terrorized the villagers and devoured their animals. Once the animals vanished, the dragon turned his wrath to the people. The villagers drew lots and sacrificed a person each day to the dragon. On one occasion, the unfortunate person was the princess. People offered to take her place, but the king refused to let anyone sacrifice their lives. The princess was sent to the dragon, and just as she was about to be swallowed, a knight in shining armor appeared and fought the creature. After a rough confrontation, he was able to kill the dragon with his lance and spill its blood. From the spot where the blood spilt grew a red rose, which the knight then plucked and presented to the princess. The knight was San Jorge.

To commemorate this on 23 April, a huge celebration occurs on the streets and men give roses to the women they love. If you visit Barcelona at that time, you’ll experience a grand public event. In the recent years, women have started gifting books to the men on that day.

Think love and sorrow along the lines of Romeo-Juliet or other iconic love stories. The legend of the Teruel lovers dates back to the 13th century, when Isabel and Diego fell in love and wanted to marry. However, unfortunate events caused Diego’s family to lose their money and Isabel’s father refused to let his daughter marry him. Diego asked her father for five years in which he would make his fortune and return to marry Isabel. No one heard of him for the next five years, and on the day of the completion of the agreed period, Isabel’s father married her to someone else.

In a twisted turn, Diego returned to the city with lots of wealth and riches after the ceremony. He was heartbroken to see the love of his life being married to someone else and could not bear the thought of their separation. Later at night he sneaked into her bedroom and asked her to kiss him, as he was dying. Isabel refused to do so, as she did not want to deceive her husband. Diego died right next to her bed, leaving her in a shocked state. The next day she went to his funeral in her wedding dress and proceeded to kiss him one last time. However, she died right there, next to his body.

The villagers buried them side by side, near the church of San Pedro, so that at least in death the lovers could be together. To this day, in February, the city celebrates the love of the couple and represents their story in different ways.

7. Giants and dwarves of Catalonia

During my visit to Costa Brava and also the Gracia district of Barcelona, I had the luck of seeing locals build human castles and giants parading and dancing. I also saw regular-sized figures with oversized heads (capgrossos) and strange creatures, all preserved in Gracia. I am unsure of the origins of these figures, but the oldest documentation of them dates back to the 14th century.

The figures can represent some of the local historical characters, such as the king and queen. They can also represent the community as a whole, such as peasants, etc. The giants are made of papier-mache and are carried by people referred to as the ‘giant carriers’. There are different local groups who organise parades during the festivals, and from what I read on a website, there are about 100 of these giants in Barcelona itself. During fiestas, the giants and other creatures come out on the streets and dance in a traditional way.

For an explanation of the human castles, you can read inhabityourdreams.

So, with this we come to the end of #MythicalMondays, the Spanish edition. Of course, I could go on about all the stories. Lovers of ghost stories and urban legends might find this post interesting about strange stories of Gracia. 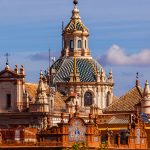