Madrid’s neighborhoods: a guide to the Spanish capital

Home Moving to Spain Where to Live Madrid’s neighborhoods: a guide to the Spanish capital
Last update on July 07, 2020
Written by Kids in Madrid
Share

If you’re moving to Madrid, you may be overwhelmed by the number of apartments and homes from which to choose. Here’s a guide to some of the best neighborhoods in Madrid.

With this guide, you can learn all about Madrid’s neighbourhoods and figure out just where to live in Madrid.

Sol, spread around the Puerta de Sol, and Huertas, which stretches along Calle Atocha and down to Paseo del Prado, are located in the vibrant centre of Madrid. You’ll find all the typical tourist attractions, as well as tourist and local Madrileños. Plaza Santa Ana and Calle Huertas are at the heart of Huertas, and both barrios are popular with tourists, students and young people due to the multitude of trendy bars and cafes and an overall lively nightlife. The area has lots of charm but, being the centre of the city, can be somewhat rundown – and, like most cities, you must be aware of pickpockets.

Who should live in Sol and Huertas? Expats, especially young singles, who want to enjoy the most of Madrid’s nightlife and be in the middle of the action.

La Latina, southwest of Sol, features tiny streets; big, beautiful buildings; and grand old plazas. In this neighbourhood of Madrid you will find the Rastro, the city’s most famous flea market that offers all kinds of trinkets and treasures. It’s open every Sunday and on public holidays. Because the flea market is popular and can get very crowded, keep your valuables at home and watch out for pickpockets.

Who should live in La Latina? Expats looking to dive into the culture of Madrid and blend in with the locals.

Lavapiés is one the most multicultural barrios of Madrid, originally the Jewish quarter and now featuring the influences of African, Arabic, and Roma cultures. This little neighborhood centers on the Plaza de Lavapiés and offers a mix of street artists and vendors in the southern area.
The artsy, bohemian vibes continue into the neighborhood’s cafes and bars. Its restaurants are just as eclectic; Arabic and Indian cuisine are available here, as well as food from all over the world. Because it’s such a blended area, there are tons of multicultural events, such as festivities for Chinese New Year and Ramadan.

Who should live in Lavapiés? Those who wish to live in a cultural melting pot and meet other expats.

Part of the Salamanca district, this barrio is famous for the major thoroughfares of Velázquez and Serrano. It is a wealthy residential area, with expensive designer stores lining the wide streets. The population of this barrio was traditionally for older locals, but younger people are steadily moving in.

Who should live in Goya? Retired expats who are looking to enjoy their lives surrounded by nicer things.

If you’re into the alternative, Malasaña is the neighborhood for you. Goths, hippies, and those in the grunge scene love this area. You can see it in the barrio’s shops, restaurants, bars, and cafes, many of which can be found on Calle Fuencarral.

Who should live in Malasaña? Young expats and students who strive to stand out from the crowd.

Known as Madrid’s gay neighborhood, Chueca is a lively, friendly area that accepts everyone, no matter the race, religion or sexual orientation. The bulk of the businesses focus on the gay community alongside the elderly population that grew up there. This is the hub for Madrid’s famous Gay Pride celebrations.

The architecture is traditional and used to be quite run-down but the area has recently been revitalized. The residents of all ages are open-minded and sociable.

Who should live in Chueca? Members of the LGBTQ+ community, those who value being open-minded, or expats who simply want a very vibrant nightlife.

The district of Moncloa and Argüelles, located next to the Ciudad Universitaria, is home to many students, but it’s not only a neighborhood for them. Argüelles is famous for the Bajos de Argüelles, an area where you can find many bars and nightclubs in the basements – notably those that play heavy metal and rock. There’s a mix of alternative nightlife as well as mainstream clubs. Though it’s packed with students and metalheads, it’s a very pretty area that can be fairly pricey.

Who should live in Argüelles and Moncloa? Trendy young expats who want to experience an alternative nightlife.

A historic old town around the Plaza Mayor, this picturesque area features Madrid’s opera house and royal palace. Madrid de los Austrias refers to the period when the Hapsburgs, the royal House of Austria, ruled Spain; the beautiful architecture seen in this neighbourhood reflects this period in history. A stylish district, Madrid de los Austrias features many of Madrid’s most famous sights, including famed restaurant El Botin and the Madrid Royal Palace.

Who should live in Madrid de los Austrias-Opera? Expats that want to live in the middle of history – and those with a larger budget.

Located in the Salamanca district a good distance from the Madrid city centre – though well connected by train – this residential area is favoured by multigenerational families. Houses are reasonably priced, and there’s a balance between shops and peace and quiet.

Who should live in Parque de las Avenidas? Families with children and those who prefer peace and quiet over a busy city life.

Chamartin is a large, residential area filled with young families north of Madrid. Generally a quiet neighbourhood, it features just a few cafes and local shops. Most apartment buildings feature communal gardens and swimming pools, making it ideal for families with kids.

Who should live in Chamartin? Families that have mid-to-high incomes, especially those with children.

Just southeast of Chamartin and east of Madrid is another residential area filled with families with kids: Barrio de la Concepción. It’s not as expensive as some other residential neighbourhoods, and its connections to public transportation make it ideal for those who need to commute to Madrid to work. There are a few shops in the area for household groceries and other necessities.

Who should live in Barrio de la Concepción? Families who prefer to spend less on housing, who will find prices here more affordable than other area.

Arturo Soria stretches from north to south through the north-eastern area of Madrid. The area is leafy and residential – because of this, it may be too quiet for young, fun-loving expats who would prefer to have their choice of café, shops and bars nearby.
Most properties have a communal swimming pool, though, which helps bump up the fun in this area. However, it can be a little expensive, so budget-conscious expats may have to skip this neighbourhood during their hunt.

Who should live in Arturo Soria? Expats looking to stay close enough to the city without the nuisances of urban living.

If you’ve picked the Madrid neighbourhood in which you’d like to live, it’s time to find a house. Check out Expatica’s housing listings in Spain to browse apartments, homes and villas available in Madrid.

Barcelona’s neighborhoods: where to live in Barcelona 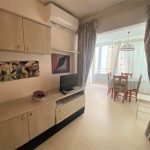 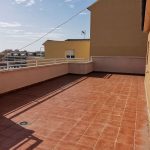 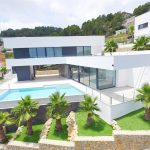 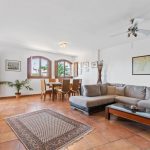 2 bedroom Apartment for sale in Torrevieja