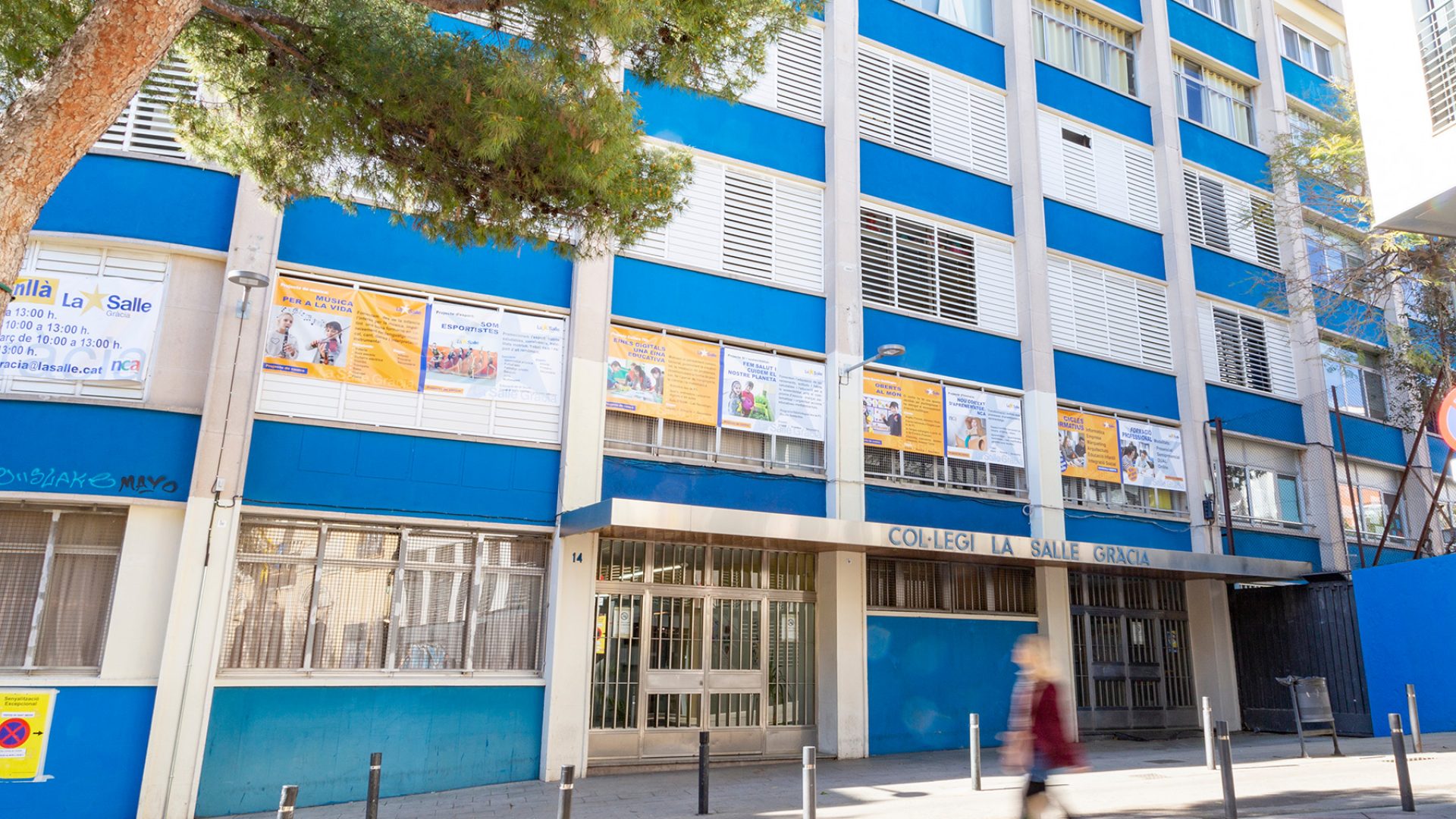 We outline all you need to know about secondary education in Spain, including the types of schools, enrollment process, curriculums, and more.

If you’re moving to Spain with secondary-school-age children, then sorting out their educational needs is likely high on your list of things to do. That said, understanding the Spanish education system might seem overwhelming, especially if you face a language barrier.

However, this comprehensive guide to secondary education in Spain will help you make sense of it, including the following:

The secondary education system in Spain

There are several types of centers that teach ESO:

Once students have finished their ESO, they may continue at school until the age of 18. After this, they can either study the Spanish Baccalaureate (or Bachillerato) in preparation for university or Formación Profesional (FP), which is vocational training. Conversely, students can begin working at the age of 16.

State schools (IES) are by far the most popular choice among Spanish and international children alike. Indeed, 66% of ESO students study in public institutions across the country, while 34% study in semi-private or private schools. Furthermore, 73% of students studying the Bachillerato, and 70% of those in vocational training, choose to do so at a state school.

While there are no costs for tuition, parents might still need to pay for books and stationery. Moreover, the Organization of Consumers and Users (OCU) suggests that extra annual costs amount to around €844 for the ESO and €886 for the Bachillerato.

The other state-funded schools in Spain are colegios concertados, which around 30% of ESO students attend. While in theory, their fees are optional, in reality, these schools expect parents to pay for them. In fact, a survey conducted in 2020 shows that 89% of subsidized schools collect a mandatory base fee from families.

The curriculum in state secondary schools

The Ministerio de Educación y Formación Profesiónal (MEFP) governs education and vocational training in Spain. It also sets the curriculum in the country, while the local authority – Comunidad Autónoma – implements it.

Find out about school holidays in Spain

On average, there are 25 students per class in public secondary schools in Spain, and a typical school day runs from around 08:30 until 15:00. There is usually a half-hour break for lunch or two 15-minute breaks. After school, students often take part in extra-curricular activities.

The ESO curriculum is divided into two cycles:

The curriculum for each school year includes mandatory and elective subjects, and you can read more about these on the Eurydice website. During the year, schools continually assess the progress of students using Spain’s standard grading scale:

In order to graduate from the ESO phase, students must sit final exams. You can read more about this further down the guide.

If you are still unsure if state secondary education in Spain is a good fit for your child, then here are some of the main pros and cons to consider.

The pros of state secondary schools in Spain

The cons of state secondary schools in Spain

You must be a registered resident in Spain to be able to enroll your child in a secondary state school in the country. Most Comunidades (local authorities) list all the local secondary schools on their websites. Once you have found a school that you like, it’s important to keep an eye on when it opens up its places; this is generally in January or February.

Once places are released, you must complete and submit a municipal application form, which is usually available online. By June or July, you should know where your child will study. Suppose you are applying to secondary schools from abroad. In this case, you might not have proof of address yet and will need to contact your region’s school support services or Servicios de Apoyo a la Escolarización (link in Spanish).

Generally, schools allocate places on a first-come, first-served basis. That said, there are some exceptions and they might consider the following:

Search for secondary schools in Spain in our directory

Spain aims to include all children in mainstream schools, including those with special educational needs (Necesidades Educativas Especiales – NEE). Therefore, if your child needs extra support, you still need to follow a similar process. You can contact your region’s school support services to find out more or read our guide to social security in Spain to learn about child benefits.

Notably, Spain is also home to a range of fee-charging, private secondary schools. Below are some of the most popular types on offer.

Most religious schools in Spain provide a Catholic-based curriculum, and some integrate religion into the curriculum more than others. Many of these religious schools are colegios concertados, which the state oversees. However, these schools might expect parents to pay fees. Additionally, there are private international schools that are connected to other Christian churches and Jewish schools.

Spain is also home to several Spanish and international Montessori and Waldorf-Steiner schools. These provide a child-led, hands-on education. Moreover, many offer the ESO and Bachillerato curriculums to prepare students for university. Ludus is a helpful search tool that allows you to look for alternative schools across the different provinces in Spain.

There are also 258 International Schools in Spain, which is the fifth-largest number in the world. These schools are located in 27 different cities, with the majority being in Madrid (48) and Barcelona (43). They follow another country’s curriculum and teach in another language such as English, French, or German. For this reason, they are very popular among expat families, particularly those with short postings, such as embassy staff and NGO workers.

International schools in Spain charge more than state schools or colegios concertados. For instance, you can expect to pay anywhere from €2,000 to over €20,000 a year in fees, plus registration costs. If you are unsure whether an international school is right for your child, below are some of the main pros and cons that you might want to consider.

The pros of international schools in Spain

The cons of international schools in Spain

At the end of the ESO phase, students must take an exam that is set by the Ministry of Education (MEFP). If they pass all but two subjects, they will receive the lower compulsory secondary education certificate – or Graduado en Educación Secundaria Obligatoria (GESO). Notably, they must also pass either language or mathematics.

Students will receive a total mark (ranging from 1 to 10) which is an average of all their subjects, and the pass rate is 5 and above.

Once a student has their certificate (GESO), they can continue their secondary education in Spain by following the academic Bachillerato track, entering vocational training (FP), or seeking employment. If, on the other hand, they fail, they will receive a certificate with the subjects and number of years they have studied. They can also repeat failed courses.

The Bachillerato is a two-year academic course that prepares students aged 16 to 18 for university. It is available at public schools and many private and international schools in Spain.

The Bachillerato consists of three branches:

Then, within each branch of Bachillerato, students must study these core subjects:

Each branch also has at least two optional science, humanities, or arts subjects.

At the end of the two years, students must undergo another external exam set by the MEFP to obtain their Bachillerato diploma. Once they have completed their secondary education in Spain along this academic track, they must then take entrance exams (EBAU or Selectividad) if they want to continue to university.

The academic Bachillerato track isn’t the only option for students wanting to complete their secondary education in Spain after the ESO phase. Indeed, many schools also offer Formación Profesional (FP), which is vocational training.

Basic training begins in the last year of ESO. After that, students can begin one or two years of intermediate vocational training – Formación Profesional de grado medio (CFGM).

The Spanish government publishes a list of available subjects and courses comprise the following:

If students pass their modules, they receive a technician certificate (Técnico). With this qualification, they can access higher technical education (ciclos formativos de grado superior) or even continue to the Bachillerato qualification.

The International Baccalaureate (IB) in Spain

The International Baccalaureate (IB) is a globally recognized qualification for students aged 16 to 19. It is popular among expats, as it is transferable to many countries. Many private and international schools in Spain offer the IB program. Likewise, some state schools offer it. In fact, some schools even allow students to study for a double diploma to receive both the IB and the Bachillerato qualifications.