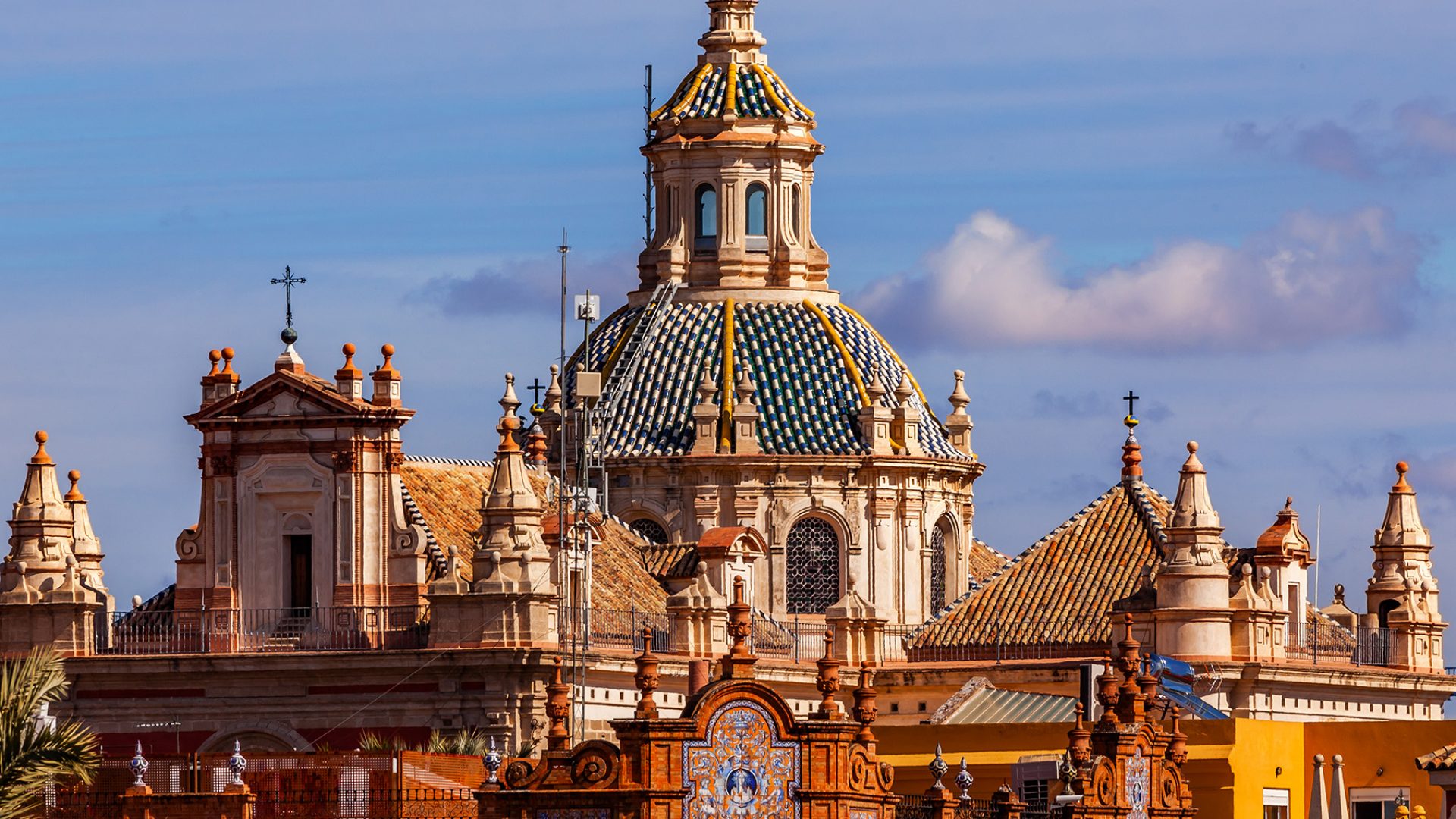 Stuffed with religious icons, it’s easy to think Spain is a very Catholic country. But in a country where gay marriage and abortion are legal, the reality of religion in Spain is not so straightforward.

As the famous catchphrase from Monty Python goes, “Nobody expects the Spanish Inquisition!” But even fewer foreigners seem to expect a lack of religion in Spain.

When my Spanish wife and I lived in the United States, it was annoying – even kind of painful – the number of times people would ask her if she was Catholic. They are not. Perhaps one of the biggest (or false) cultural stereotypes about Spain is that people are deeply religious and very Catholic. The real story is a bit more complicated.

Facts about religion in Spain

First some facts and figures. Following the Pope’s visit to Madrid for the Catholic World Youth Day, statistics about Spain’s declining Catholicism were readily at hand. Only 10% of Spain’s youth – between the ages of 15 and 29 – consider themselves practicing Catholics.

About 50% were non-practicing Catholics, which from my personal experience means they rarely – if ever – go to church; maybe for Christmas or Easter mass, every now and then. I know many whose Catholicism is only baby baptisms and church weddings, a more social faith than religious one.

That leaves three out of 10 young Spaniards, or almost a third, who considered themselves non-believers or atheists. So among the young, the Catholic religion is a pretty marginal experience in Spain.

This is not to say that Spain is not a Catholic country. For starters, there are cathedrals and basilicas everywhere. They form a central part of the iconic imagery of Spanish tourism. Much of the cultural heritage of the country is religious in nature, from famous paintings by El Greco or Velázquez to the Sagrada Familia Cathedral by one very religious Gaudí. When Hemingway visited Spain in the 1920s and 1930s, perhaps he had cause for believing it to be quite Catholic. Having recently seen photos of early 20th-century Spain, in all the photos of different Spanish towns and cities, the only ancient buildings that were well-maintained were cathedrals. So I can see why Hemingway would characterize the country as devoutly Catholic at the time.

This is not true today. Local governments have taken to restoring historic castles, bridges, and other heritage sites. Today historic centers don’t emit a particular religious feel. Cathedrals in town centers are as likely to have tourists in them as practitioners.

Today, culturally and politically, contemporary Spain is not particularly Catholic. Constitutionally, the government is committed to a separation of church and state. In practice, Catholicism has had a favored status in history. Catholic politics seep to the surface regularly here. For example, there are arguments about abortion (which is legal here) or gay marriage (which is also legal here).

In this respect, asking if Spain is Catholic is like asking if the US is Christian. Saying yes doesn’t do justice to the very significant non-Christian part of its society, but saying no ignores the clearly Christian component to its history and politics. Much of what to outsiders would seem like deeply rooted Catholic tendencies, is probably better understood as unconscious vestiges or lingering habits of an earlier Catholic culture: like the widespread (almost ubiquitous) use of biblical names like ‘María’ and ‘José’, or unconscious routine vocabulary such as adiós (meaning ‘goodbye’, but literally translates as ‘to God) and saying Jesús when someone sneezes (the way we say ‘bless you’), although salud (health) is also common.

The bottom line is that you should not assume the next Spaniard you meet is Catholic. Chances are, especially if they’re young, that they are not.