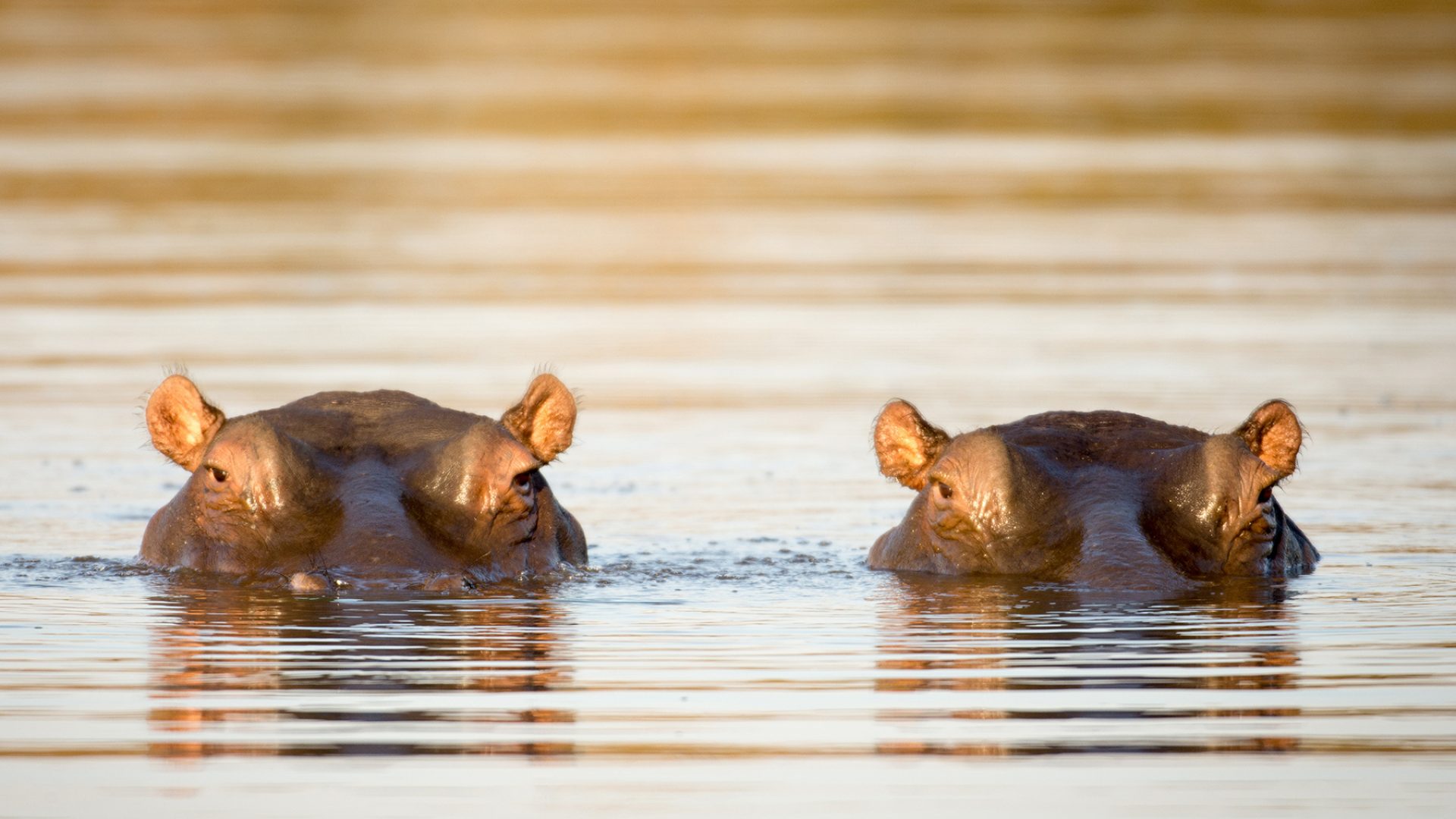 10 things to do during your first week in South Africa

Home Living in South Africa Cultural Integration 10 things to do during your first week in South Africa
Last update on May 02, 2022
Written by Gayatri Bhaumik
Share

Welcome to the Rainbow Nation! Settle into your new home with these 10 things you should do during your first week in South Africa.

South Africa is undoubtedly one of the most beautiful countries in the world, with plenty of places to visit, outdoor activities, and things to do. But for expats moving here, settling in can require a little effort as things may be quite different from back home.

Although you will need to organize your relocation and figure out the cost of living before you go, there are many things you will have to do during your first week in South Africa. This guide will help you navigate this busy but exciting time by taking you through everything you need to do.

One of the most important things to do during your first week in South Africa is to find a new home. Many expats want to settle in Cape Town or Johannesburg. In Cape Town, popular neighborhoods include the beachfront Atlantic Seaboard and the beautiful West Coast. In Johannesburg, bustling Sandton is a draw for professionals thanks to its easy access to city life, although some will prefer the luxe gated communities of Midrand. However, you may find what you’re looking for outside these cities, such as the beachside Durban or one of South Africa’s three capitals, Pretoria.

As you may expect from a country of South Africa’s size, property prices can range from cheap to expensive. However, you can expect to pay more in the larger cities. For example, a rented one-bedroom apartment in Cape Town could cost between R6,500/month and R10,000/month, depending on where you live in the city. If you want to buy a place, you can expect to pay R20,000/sqft at the low end up to R32,000/sqft at the high end. Generally speaking, housing in Johannesburg is more affordable.

Although South Africa has a decent healthcare system, it is likely going to be different from what you have at home. Therefore, this is something you will need to figure out during your first week in South Africa. The country has a dual healthcare system with a big public sector subsidized by the government, and a private sector offering a very high level of care. Many new arrivals prefer the security of taking out private health insurance. Global insurers operating in South Africa include:

For more information, check out our article on health insurance in South Africa.

The South African Reserve Bank is responsible for overseeing the country’s banking sector. Although the local industry may not be as robust as in other countries, there are still several options when choosing a bank. Most locals use the “big four” banks, which are Standard Bank, FirstRand, Absa, and Nedbank. However, there are some foreign banks that expats may prefer to use. These include Bank of China, BNP Paribas, Citibank, HSBC, and Standard Chartered.

During your first week in South Africa, you’ll likely want to open a bank account. However, which bank account you can open will depend on your immigration status and visa. To open an account, you’ll typically need to show your ID, proof of residency, employment, and address. You will also need to show three months of bank statements. Digital banks are also available in South Africa. However, access to these banks is only accessible to permanent residents.

Some new arrivals to South Africa will be lucky enough to already have a job lined up before they even leave home. However, if that isn’t you, you may want to look for a job during your first week in South Africa. Be aware that job opportunities vary significantly between regions and towns throughout the country. Generally speaking, your best bet will be looking in the more international cities of Johannesburg, Cape Town, and Durban, amongst others.

There are numerous ways to look for a job in South Africa, but a good place to start is the many online portals operating in the country. These include Best Jobs, Career Junction, Careers24, and Indeed. When conducting a job hunt in any foreign country, it’s always a good idea to do a little research into the local job market. You should also be sure to update your CV and take notes of local norms so you are prepared for the process.

Unfortunately, South Africa does not have a well-connected public transport system. As such, most residents here own a car and drive. If you want to buy a car here, then you will need to figure out things like car registration and insurance. In addition, if you want to drive in South Africa, it’s a good idea to get a local driver’s license. In many cases, you will be able to convert your existing license.

However, there is still some public transport available in some parts of the country. For example, in larger cities, you’ll find some options such as bus rapid transit or commuter rail. Metrorail operates commuter trains, while Shosholoza Meyl has intercity trains. Most cities also have a type of minibus taxi, as well as regular taxis that you can find at a taxi rank. In addition, there are plenty of ride-hailing apps available in South Africa that are incredibly popular with expats and locals alike, including Bolt, inDriver, and Uber.

If you’re lucky enough to find a new home during your first week in South Africa, you’ll need to start setting up the house. One of the most important things to do is get your home connected to utilities, such as electricity, gas, and water. Thankfully, this process is relatively straightforward as there is only one state-owned provider of electricity, Eskom. You will also need to sign up with your local water provider as well.

You may also want to get home phone, internet, and TV connections for your new home. This will give you access to all the latest news, information, and entertainment from around the world. You’ll also be able to keep in touch with family back home. You will also want to get a local mobile phone during your first week in South Africa. Most locals use pre-paid or pay-as-you-go sim cards. This can be a great choice because they are simple to use, and you can buy them everywhere. If you want a contract, though, you should be aware that these last for 24 months. In many cases, you can bundle your mobile phone with your home internet connection.

7. Get the kids in school

If you have kids in tow, then your first week in South Africa is going to include taking steps to settle them in properly. As such, one of the major things you will need to do is find a school. South Africa’s education system includes both state and private schools. However, there are concerns about the quality of the state schools, such as the high rate of absenteeism and dropouts.

As a result, many expats choose to enroll their kids in international schools, because these generally have good reputations. In addition, most international schools use English as the language of instruction, except the German and French schools, which use their languages along with English. Although international schools can be expensive, some companies cover schooling for their expat employees. For working parents, there are several options for childcare when the kids are not in school. Many families use crèche or educare centers for children under the age of three.

South Africa is home to a smorgasbord of languages. You’ll be pleased to know that English is widely used. However, it is one of the country’s 10 official languages. The others include Ndebele, Sotho, Tsonga, Zulu, and Afrikaans. Furthermore, there is a total of 35 indigenous languages spoken throughout the country. To give yourself a good feel of your new home, it can be a good idea to learn a little of these local languages.

If you want to try and learn these local languages, there are many ways to do so. Some universities, such as Rhodes University and the University of Witwatersrand, offer language classes through their language schools. There are also many private language schools offering part-time classes. For example, you can learn Zulu at Wits Language School. For a more casual approach, you could try the many online courses, including:

9. Figure out your surroundings

As well as your physical surroundings, be sure to try to get to know your new neighbors during your first week in South Africa. Generally speaking, South Africans are warm, hospitable people. They are friendly and communicate in a calm, direct manner—and often loudly! Because they are so expressive, being silent can make it look like you are not interested, or that they have said something wrong. So be sure to get stuck into the conversation!

10. Get out there and enjoy South Africa

There really aren’t any countries quite like South Africa. From breathtaking scenery, bustling towns, and, of course, plenty of local fauna to keep you entertained, it really has something for every taste. If you’re a new arrival, one of the most important things to do during your first week in South Africa is to get out there and explore your new home. After all, you only move to South Africa once!

From surfing to safari, and wine tasting to white water rafting, there really is something for everyone. Cities like Cape Town and Durban are fascinating melting pots of culture, while Johannesburg has all the city vibes you’ll need. And then there’s the food. Be sure to experience some of the excellent cuisine South Africa has to offer, such as peri-peri chicken, boerewors, bunny chow, and much more. And, of course, there’s plenty of wine to wash it down!