However large or small the property, ensure your new house feels like a home with this guide on how to arrange the essentials such as how to access the utilities in South Africa.

Finding suitable providers for services such as internet and mobile phones when moving to South Africa can be a challenge. Find suitable service providers and get to grips with all of the different utility providers in South Africa.

Telecommunications in South Africa is high quality in urban areas, including internet, television, and phone services. In recent years, there has been an increase in the number of providers in all industries. Be thorough when considering the different packages available to you.

Broadband and internet in South Africa

There are over 12 million internet users in South Africa, which represents around 34% of the population. Urban areas tend to be the only areas with broadband coverage; rural Internet users rely on dial-up connections. Wireless broadband is available in the cities and hotspots are ubiquitous in hotels, cafes, etc.

Speeds vary but are normally between 2-40Mb, depending on the provider. Pricing is expensive for the speeds available and consists of three parts – ADSL line rental (starting at R165 a month for a 2Mb line), regular phone line rental (R189 a month) and internet service provider (ISP) which starts at around R25 a month for 1GB. Telkom and Neotel are the only internet providers in South Africa that provide landline rental. Companies offer internet access without a landline through a fiber-optic router. Coverage is still substandard, though.

To set up internet in South Africa, you will need to make sure you have a working landline with either Telkom or Neotel. You then choose your internet provider. The time taken to set up internet connection in your home depends on which provider you choose, however.

You can shop for the cheapest and most suitable internet deals through the following websites.

To watch TV in South Africa, you will need a valid TV license which costs R265 a year. There is a monthly payment option with a small premium, which works out at R336 per year.

South Africa has recently made the switch from analogue to digital so in most areas, you won’t need to worry about an aerial for the reception. Cost of TVs vary greatly depending on model and size and can vary from R2,000 to R200,000. You can search some options using the comparison sites below:

Landlines are available from either company online or by phone. After placing the order, the company contacts you to set a date for installation or delivery.

Both Pay As You Go SIM cards and contract deals are available. To sign up for a contract, you will need to provide bank details, South African ID, proof of address and proof of income.

The cost of operating a mobile phone in South Africa has reduced greatly in the last five years due to the reduction of the interconnect rate (the cost of one mobile network connecting to another network).

You can use these sites to compare deals on mobile phone contracts in South Africa:

The main utilities in South Africa households are electricity and water. Gas, in the form of Liquid Petroleum Gas (LPG), is in many low-income households, mainly for cooking and sometimes for heating. As part of a sustainability and clean living drive, however, the South African government plans to greatly increase its use of renewable energy by 2030.

Domestic homes in South Africa don’t have gas like they are in many other countries. Gas is used, mostly in the form of LPG, for cooking and heating appliances but is purchased in cylinder containers of various sizes. It is mostly in low-income households as a cheaper energy supply option. It accounts for around only 3% of energy consumption in South Africa.

There are a variety of companies who provide LPG to South African households, including Total, Afrox and Reatile. Most companies sell in either small cylinder containers or in bigger bulk units, depending on how much is necessary. They will also provide safe installation along with tips on health, safety and maintenance.

LPG providers are overseen by the Liquid Petroleum Gas Safety Association (LPGSA), which is a non-profit body that works with the government and other public services to ensure gas safety as well as offering training for members.

In the event of an emergency, you can contact your gas supplier or the national emergency response line 10111. If you live in Johannesburg, there is a gas leaks and faults emergency line 011 726 3138.

Eskom offers various tariff options for urban, rural and residential areas, such as a ‘nightsaver’ option. The standard price for electricity in South Africa is currently around R1.18/kwh. There is a connection fee for those moving into a new or unconnected property which varies depending on whether it is in an urban, rural or residential area, but is around R800. Reconnection fees, if the supply is terminated for non-payment, are around the same amount.

To set up an account with Eskom, you will need to contact them with details of your address, including proof of address, as well as a South African ID. There are a variety of payment options for electricity bills, including direct debit, internet, telephone payment, post office, bank, Eskom walk-in centres or EasyPay in many supermarkets and family stores.

The regulator for electricity in South Africa is NERSA (National Energy Regulator of South Africa) who you can contact in the event of a complaint or dispute that hasn’t been resolved satisfactorily.

The South African water supply and sanitation are managed by 13 regional state-owned Water Boards, overseen by the Department for Water Affairs (DWA). In 2000, the South African government introduced a free water policy to ensure that each household receives their first six cubic meters of water per month free of charge. After that, rates vary depending on the district but range from around R2-4 per cubic meter. Bills are issued monthly by post and can be paid at the post office or the municipality itself. Some areas have begun to make the move across to online billing and payment.

When moving to South Africa, you’ll need to sign up with the Water Board that governs your area. A list can be found here. In addition, information on water and sanitation services for Cape Town is available here and for Johannesburg is available here.

The emergency number for issues with water supply in South Africa is 0860 103054.

In Cape Town, there is a weekly door-to-door bag collection. Residents can also apply for a domestic wheelie bin and drop waste off at one of the city’s 24 drop-off sites. There is also a collection and drop-off service for recyclables.

In Johannesburg, waste management is done by Pikitup which deals with street cleaning and has 12 depots across the city. There is also a domestic collection; charges apply according to size, however.

Telecommunications in South Africa: setting up internet, TV, and telephones

Getting a South African SIM card or mobile phone 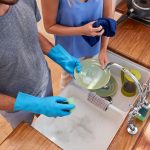