If you plan on driving in South Africa, it’s important to learn South Africa’s driving regulations and the local road signs before you jump behind the wheel.

To drive in South Africa, you must be at least 18 years old even if you hold a license in your home country; you can drive a motorcycle (125cc) at the age of 17, however. With high vehicle crime rates and erratic driving, driving in South Africa can appear difficult at first, but being aware of South African road rules can take some stress out of the process. All sign posts are typically in English.

Who can drive in South Africa?

Foreign citizens in South Africa may drive as long as they have a valid license from their own country of residence. The license must have a translation into one of the official South African languages. If you don’t have a license, you’ll need to sit both a written and a practical driving test at a registered testing center.

You need to renew your driver’s license in South Africa every year, or you could face significant penalties. If your license expires and you haven’t renewed it, you’ll be given a 21-day grace period from the day your tax disc expires.

You can get hold of an application form (MVL1) from your local authority or at some post offices. You’ll usually need to enclose proof of your ID and address when applying. Visit the South African government’s website for information on renewing your South African driving license.

South Africa’s travel distances and speed limits are in kilometers on road signs. You can access examples of some of the road signs you’ll see in South Africa on the Arrive Alive website. These examples are provided in chart format by the South African Road Traffic Management Corporation (RTMC).

Large antelope crossings can also be a hazard in some areas; it’s important to slow down when you see a road sign depicting a leaping antelope, particularly if driving around dusk and evenings.

Here are some important traffic laws and driving regulations in South Africa:

The speed limits in South Africa vary depending on which roads you are driving. They are generally as follows:

In some cases, tighter speed restrictions operate in major cities. Take care to follow these regulations on a case-by-case basis.

If you’re caught speeding, you’ll usually be sent a fixed charge notice in the post, which you can either pay in full or dispute. You may request a photo of your violation; attend the police station specified on the charge to do so. If you want to dispute the charge in court, you’ll need to express this wish in writing. The Road Traffic Management Corporation (RTMC) in South Africa provides more information regarding speed violations.

South Africa is strict with its drink driving laws. The maximum alcohol level allowed in a blood sample is 0.05 percent per 100ml – the equivalent of one glass of wine – while the legal breath alcohol limit is less than 0.24mg/1,000ml.

If you are caught drunk driving, you face up to six years in jail. Yoou could also be liable to pay up to ZAR 120,000 in fines. You driver’s licence could also be suspended.

With vehicle crime in South Africa being common, there are some tips you can follow to minimise your chances of falling victim.

There are many fatal accidents on highways, where overtaking can occur in any lane including the hard shoulder. On single-lane roads trucks and slower vehicles sometimes use the hard shoulder to allow cars to overtake.

South African road standards are generally good quality, although roads in remote areas may be less maintained and have potholes. It’s also advised to avoid unfamiliar rural areas at night and park in well-lit areas. Additionally, roads in rural areas are not always fenced, meaning pets, chickens, sheep, or sometimes horses and cows, may cross the road. Current information on road conditions are available from the Automobile Association of South Africa (AA).

Gas stations usually have attendants, who can also provide a range of check-up services; paying a tip is at your discretion. Besides leaded and unleaded petrol, there is also ‘dual fuel’, which can be used in place of either. Petrol prices are fixed by the government, and typically paid in cash.

Taxes for driving in South Africa

Many of South Africa’s major roads charge a toll fee. These fees vary significantly. Carry cash with you and check how much you’ll need to pay before you travel.

Tolls can carry fees of up to ZAR 200 in some cases. In some provinces, such as Gauteng, you can have an electronic device fitted, so your car will be identified when it passes through a toll and the fee will be deducted from your account.

To avoid expensive on-street car parking charges, there are numerous private and multi-storey car parking available. These types of car parks will be more secure, too, with round-the-clock security and barrier entry. If you do park on the street, many roads in major cities will have coin meters. Most will have a timer system, but some will be pay and display.

When parking your car on the street in some areas, you may encounter car guards, who offer to watch your car. Some will be official and others will be opportunists, so use your common sense over whether you should pay them. When parking on the street, make sure you’re inside a designated bay and that you’re facing in the right direction; it’s illegal to park against direction of oncoming traffic.

When collecting a hire car, you’ll need to show your driving licence, passport and credit card. Renting a car in South Africa can be relatively inexpensive, with rental companies in operation in major cities and at airports. Both internationally recognised and local hire companies are available. When renting a car, it’s advisable to consider comprehensive insurance as many drivers in South Africa fail to adequately insure their vehicles.

Buying a car in South Africa

Buying a car in South Africa can be a slow process, as there’s extra paperwork involved for foreign buyers. Your resident’s visa or work permit is the most important thing you’ll need before buying a car, in order to arrange South African car registration.

If you want to register a foreign vehicle in South Africa, you’ll need to produce your foreign ID details so you can create a record on eNatis (the National Transport Information System).

To register your vehicle, you’ll need to submit the following:

Once you submit your documents, it can take up to six weeks to process your application. The waiting time varies depending on your municipality.

Advice for buying a car in South Africa as a foreigner 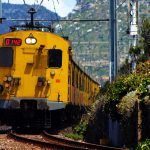