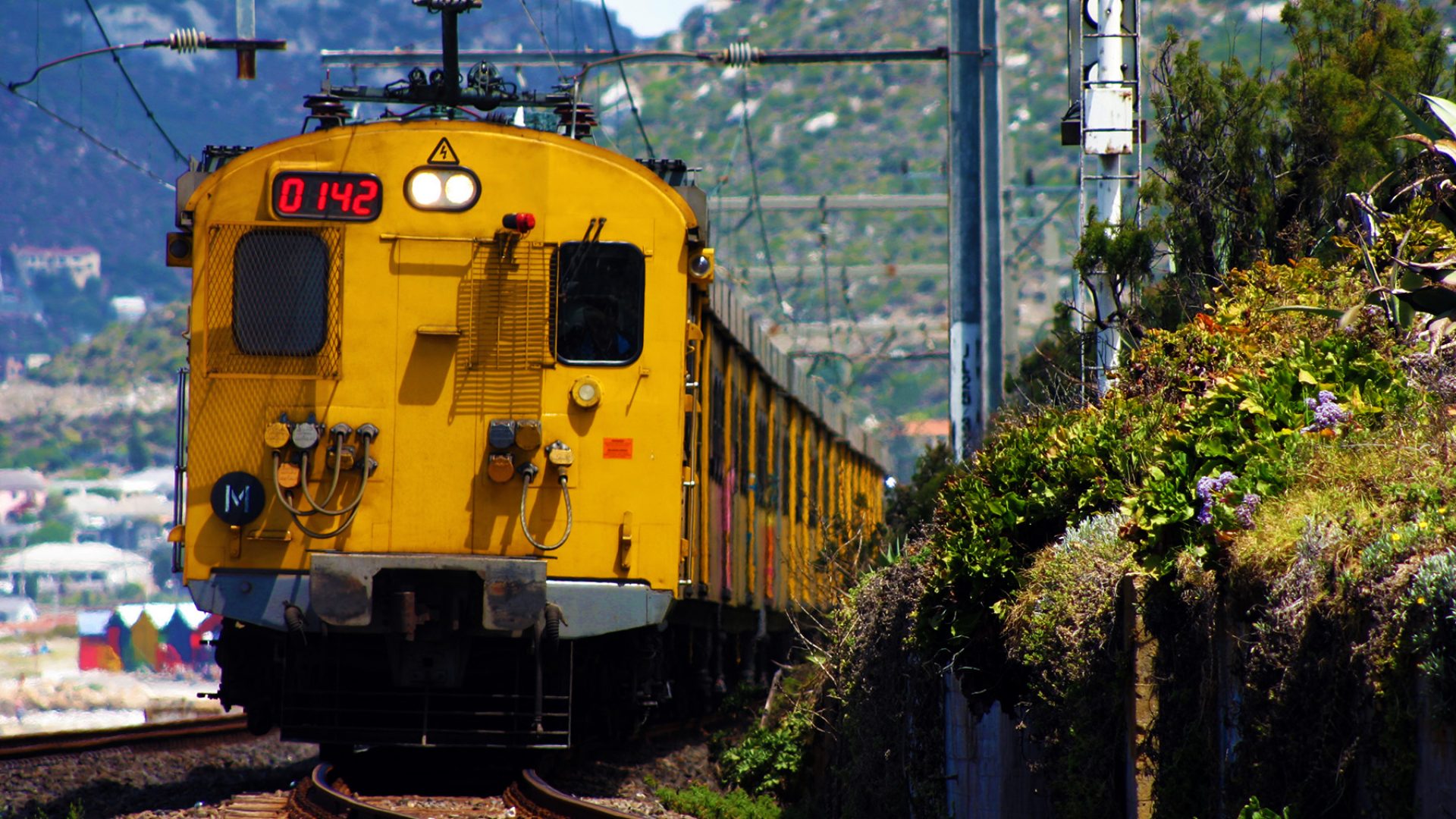 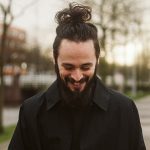 Looking to ditch your car but don’t feel like braving a minibus taxi? Public transportation in South Africa is improving all the time, with more bus and train options going into service with each passing year.

Not every commute is easy to make by public transportation in South Africa, but it’s certainly possible in many urban areas. Whether you’re taking the train in Gauteng or the bus in Cape Town, there are plenty of options to get where you’re going safely and efficiently. Here’s a few key topics to start your trip, such as:

For many locals, driving in South Africa is the only realistic option for the daily commute. Although it’s touted as the safe option, it isn’t necessarily the safest choice for getting around. South Africa has long had one of the highest carjacking rates in the world, a trend that shows no signs of slowing down.

What’s the alternative, then? South Africa’s Department of Transport oversees most transportation methods in the country, from trains to taxis. As a matter of fact, South Africa boasts Africa’s busiest railway network. Many cities are rolling out bus rapid transit routes to improve travel times and safety levels (and for those that don’t mind a reckless bus driver, minibus taxis are also everywhere). Metered taxis and ride-hailing apps are also popular options in urban areas, particularly after sunset.

Unfortunately, official websites and apps for many of the public transportation options in South Africa are limited, outdated, or even nonexistent. In addition, some official apps are poorly built and have low ratings. There are a few of the alternative options for planning your next trip or daily commute, including the following:

South Africa is home to 20,964 kilometers of railway tracks that carry 530 million passengers per year, the largest and busiest network in Africa. Most rail passengers in South Africa travel on one of the five commuter rail networks.

South Africa is also home to one luxury route between Cape Town and Pretoria: The Blue Train.

Fares for train journeys are set by the operator. For commuter rail, fares are generally based upon the distance traveled. Expect the following ticket prices for normal second-class travel on Gautrain:

Metrorail publishes their fares for all networks and lines on their website. However, they’re notorious for not publishing any service information online for years at a time. If you rely on Metrorail for your daily commute, consult a more reliable source of information such as Moving Gauteng, Cape Town Train Times, or GoMetro. There are also first-class carriages available on Metrorail trains, referred to as MetroPlus.

There are currently no scheduled international train services linking South Africa with any of its neighbors. Travel between South Africa and a neighboring country is only possible by road (either by car or bus) or by air.

Freight rail links exist between South Africa and Botswana, Lesotho, Namibia, Swaziland, and Zimbabwe (as well as Mozambique in the near future); however, there is no indication that these will expand for passenger rail services any time soon.

There is no one singular entity providing bus service across South African cities; each municipality generally has its own bus company or companies, depending on the size of the city. Many of South Africa’s bus companies are municipally-run, while others are private.

Some of the companies offering public transportation by bus in South Africa include the following:

South African cities also have another kind of bus: the minibus taxi. The South African minibus taxi shares many features of the Russian marshrutka, in fact; the vehicles (generally a Toyota Quantum) are often subpar, drivers often drive aggressively, and payment is cash only. Still, minibus taxis are, by far, the most used form of public transportation in South Africa. They’re not easy to flag down if you’ve never used one before, but there are some hand signals that can help.

What minibus taxis lack in roadworthiness they make up for with cost (many fares are under R20), route diversity (Cape Town alone has well over 600 routes), frequency (you won’t wait for longer than a couple of minutes), and speed (drivers aren’t shy).

Taxicabs are reasonably available in South Africa, although it’s uncommon to simply flag one down on the street. Taxi stands are the easiest places to get a taxi in a South African city; these are generally found next to major transportation hubs, hotels, central business districts, and shopping malls. However, if you’re not near any of these kinds of places, your best bet is to call a taxicab company directly to reserve a ride.

Reputable taxi companies generally use sedans with meters in them. Avoid getting in a non-metered taxi if at all possible; if it isn’t, make sure that you negotiate the price to your destination before you enter the vehicle.

Considering the limited number of train routes in South Africa, long-distance coaches remain one of the best options for crossing the country; they’re also the ideal choice if you’re travelling to a smaller municipality.

Some of the more well-known long-distance bus companies in South Africa include the following:

Some of these companies also offer direct routes to cities in Botswana, Zimbabwe, Mozambique, and Namibia. Make sure you have your passport and other travel documents with you for these journeys.

South Africa is a large country with fairly lengthy intercity travel times by road or rail. For example, traveling from Cape Town to Johannesburg takes 18 hours by bus, 30 hours by train, or just two hours by air. As a result, domestic air travel remains a reliable transportation option for getting around South Africa. The country’s flag carrier is South African Airways; other major airlines include Airlink, FlySafair, kulula.com, and Mango.

O.R. Tambo International Airport is located in Kempton Park, about 21 kilometers from Johannesburg. The airport’s name honors Oliver Reginald Kaizana Tambo, a South African anti-apartheid politician. As South Africa’s largest airport (and Africa’s second largest after Cairo in Egypt), it handles more than 50% of the country’s air passengers. In fact, about 21 million travelers pass through the airport each year. O.R. Tambo International is a hub for several South African airlines, with direct flights to destinations on every inhabited continent.

Facilities at the airport include duty free shopping, banks, currency exchanges, pharmacies, food, and drink. There are several ways to get to O.R. Tambo International – you can drive and book parking in advance or take a taxi. Otherwise, the Gautrain offers a service between Sandton and the airport.

The next busiest South African airport is Cape Town International, which sees about 10 million passengers per year. As it’s still a lot quicker to fly to Johannesburg from Cape Town than to travel by public transport, this route is one of the world’s busiest. Other destinations include cities in the rest of Africa, Asia, and Europe.

The airport itself has plenty of facilities, such as restaurants, shops, and business lounges. The easiest way to get there is by car, taxi, or shuttle. Currently, the only public transit option is the A01 Line on the MyCiti bus. You’ll need a Myconnect card, which costs R35.

King Shaka International Airport serves Durban. The airport is located about 35km away from Durban, in La Mercy and opened relatively recently – in time for the 2010 FIFA World Cup. Most of its destinations are elsewhere in Southern Africa and the Middle East. While there are no public transport options to reach the airport, there are several shuttle buses, taxi services, and car rentals available. The airport also has a handy parking calculator tool to work out your costs.

Kruger Mpumalanga International Airport is 27km northeast of Mbombela, linking the Kruger National Park to global destinations. It offers flights to South African cities, some neighboring countries, Zambia, and Frankfurt (Germany). According to its website, the terminal building is the largest thatch constructed airport in the world. To reach the airport, you’ll need to drive, rent a car, or book a shuttle.

Other airports in South Africa include:

How disability-accessible is public transportation in South Africa?

Considering the uneven development of transit-related infrastructure in South Africa, the availability of disability-accessible public transportation varies across the country. Highly-regulated and well-funded systems such as George’s Go George bus network or the Gautrain in Gauteng are fully accessible to those traveling in a wheelchair; Cape Town’s municipal government also has a 24-hour call center for service information. On the other hand, it’s highly unlikely that a minibus taxi will accommodate passengers with disabilities.

A number of public bus companies in South Africa offer disability-accessible transport, sometimes bolstered by government funding. These include the following:

Many private companies offer accessible transportation as alternatives to the regular public offerings. These include the following:

Some taxi companies and ride-hailing apps also provide accessible services such as uberASSIST (available in Cape Town and Johannesburg).

How environmentally friendly is public transportation in South Africa?

Some municipalities in South Africa have started rolling out low-emission or emission-free buses, including Cape Town, Limpopo, and Tshwane. However, obstacles remain when it comes to implementing a more environmentally-friendly transportation network; South African cities are plagued by poor urban planning and street design, with an insufficient amount of charging stations

Even still, public transportation is widely used in South Africa. Johannesburg’s modal share of private car use is 33%, comparable to other cities more well-known for their sustainable initiatives such as Berlin (30%) and Singapore (29%).

How safe is public transportation in South Africa?

Safety levels on public transportation in South Africa tend to vary depending on how you’re traveling and who you’re asking for advice. Despite apocalyptic claims that a South African train journey is akin to begging to be robbed at gunpoint, millions of people experience a completely uneventful commute by train every single day.

Of course, this is not to say that train travel in South Africa is perfectly safe; it’s not. Research suggests that even if train stations or bus stops are designed with public safety in mind, surrounding sidewalks or pathways in South African cities often lack proper lighting or paving and make female commuters feel less safe as a result. Robberies and infrastructure theft also remain problematic, especially on South Africa’s Metrorail networks.

What are the safest cities in South Africa?

Minibus taxis have safety concerns of their own. While robberies are less likely, pickpocketing is not uncommon. Government regulation of minibus taxis remains limited; as a result, there is little control over poor driving as well as vehicle maintenance, so accidents are commonplace. If you’re in a minibus taxi driving erratically, ask to get out of the bus and take the next one.

There are measures you can take to at least mitigate some of the risks when you’re traveling by train or minibus taxi in South Africa, such as:

Contacting a public transportation provider with a concern or complaint is, to put it mildly, difficult. Many of the government-owned public transportation services in South Africa have outdated websites that are often offline. However, you can try Gautrain’s contact form or call 0800 428 87246 in case of a complaint.

For bus-related complaints, contact the bus company or municipality directly for further assistance. 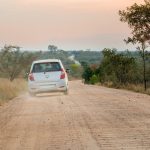 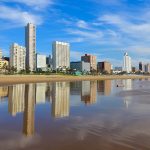