Learn more about schools in South Africa, including the South African education system, school fees, local and international schools, and how to register your child.

Expats moving to South Africa have a range of schooling options, from public schools to private ones. This guide to education in South Africa will help you enroll your child into the education system.

The standard of education in South Africa

In a 2015 OECD study on education, South Africa finished second from bottom, in 75th place. In the Pisa rankings, the country failed to reach the top 40 for either reading or math.

South Africa has about 30,000 schools, with 26,000 of them receiving public funding. The majority of the 1,600 private schools in South Africa are located in Gauteng and the Western Cape. Most parents in South Africa must pay for their child’s schooling. However, many lower-income families have these fees paid by the government.

Reforms in education in South Africa

Education has recently come under the spotlight in South Africa; primary and secondary schools failed to show improvements and exacerbated the high unemployment rate. Indeed, in early 2016, South Africa’s Minister of Education Angie Motshekga commented that the country’s schools were in a state of crisis; less than half of students who enroll in grade 1 in 2002 pass the school-leaving exam 11 years later.

The problem primarily lies in the state rather than private schools. The state school system is behind the times, carrying the legacy of apartheid. Local schools suffer from what Motshekga describes as ‘teachers who were not trained for the future.’

Many international schools have good reputations and are popular with expats. International schools can be expensive; costs at boarding schools rise to well over R100,000 per year. Some expats moving to the country have these costs covered by their employer. As with state schools, private and international schools in South Africa should be accredited by the Council for Quality Assurance in General and Further Education Training (Umlazi).

Most international schools teach lessons in English, with the exception of German and French schools, which teach bilingually. Many schools teach traditional foreign languages as an option and, depending on their location, local languages such as Zulu and Afrikaans. Alternatively, there are plenty of language schools in South Africa to help with learning a local language.

International schools usually follow an August to June school year. This is at odds with most local and private South African schools, where school years run from January to December.

With international schools boasting better grades and facilities and much smaller class sizes, they are very popular. It pays to investigate your options and submit your child’s application as early as possible, however.

Popular international schools in South Africa include schools such as:

Education is compulsory from the age of seven (grade 1) to the age of 15 (grade 9). The education system runs all the way from grade 0 (otherwise known as reception) to grade 12.

From grades 10 to 12, education is optional and is sometimes taught in specialist technical, community or private colleges, where they take a school-leaving exam known as the Matric. In 2015, only 70.7% of students passed the Matric test, with only half of students getting more than 50%.

Aside from international schools, there are three main types of schools in South Africa: public schools, governing body-funded schools, and private schools.

Public schools in South Africa rely on government funding. Provincial authorities operate these schools, so the quality of education varies significantly between areas. Educational standards tend to be higher in the bigger cities. However, with a lack of government financing, some schools lack qualified teachers and specialist equipment.

Of the public schools, the best are the Model C schools from the Apartheid years. These schools receive partial funding from governing bodies and parents, resulting in higher educational standards and better facilities.

Fees at schools in South Africa

Sending your child to a good state school will cost anywhere from R8,000 to R20,000 per year. These fees are significantly cheaper than private schools, where fees are usually between R30,000 and R70,000, with additional costs for boarding. In the poorest areas of South Africa, parents are exempt from paying school fees. It’s also worth checking if school fees cover any school dinners or school uniforms (which are compulsory).

How to register your child into the South African education system

To register your child at a South African school, you’ll first need to prepare a few things. This includes getting an up-to-date immunization card and birth certificate.

You apply directly to schools in South Africa. Some schools will conduct interviews and you may need to pay a registration fee when you apply. Once you’ve had your application accepted, you’ll need to send the confirmation as part of your application for your child’s study visa, which should cover the full duration of their time at school.

Finally, you’ll need to register your child at the school in person, showing both your study visa and your child’s passport.

The structure of the South Africa education system

With the exception of some international schools, South African schools follow a January to November school year. State schools use a four-term system while most private schools have three terms.

As previously discussed, in the final year of high school (grade 12), students sit the matric exam, with passes given for 50-59% (normal pass), 60-89% (merit), and 90% or above (distinction) for each subject studied. Once finishing high school, students receive the National Senior Certificate, with matriculation endorsements defining their specific qualifications.These endorsements are the minimum requirement to get into a South African university.

Nine South African universities feature in the top 700 of the QS World University Rankings for 2016.

International students need to find out whether their qualifications from their home country will be recognized at a South African university before applying directly to their establishment of choice. Degrees in South Africa are awarded in a standard style with undergraduate, master’s, and PhD qualifications, albeit without a uniform grading system (1st, 2:1 etc).

A shortage of scholarships and bursaries is one of the downsides of going to university in South Africa as an international student. While some universities have scholarships that are open to students from around the world, preference is usually given to native students.

With this in mind, the cost of studying can be relatively high, as universities set their own admission fees. The average cost for an international student at the University of Cape Town in 2016 was R75,000 for an undergraduate degree and R47,500 for a master’s degree.

Pupils must study at least two languages. Most schools offer lessons in either English or Afrikaans; others offer classes in another South African language. To sit the Matric exam in Grade 12, students must know both English and Afrikaans. If your child has been in South Africa for less than five years, it’s possible to choose another language or subject instead.

There are over 400 public special needs schools in South Africa. The standard of education depends on the severity of the disability and the resources of the school. In 2015, Human Rights Watch released a report criticizing the lack of schooling opportunities for children with disabilities in South Africa.

Homeschooling in South Africa is relatively popular with expats. To homeschool your child, you must apply to the governing body in your area and agree to follow the curriculum, maintain records of their coursework, and for them to attend the school to sit their exams. You can read more about homeschooling on the Department of Education website. 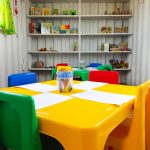 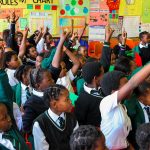 Choosing an international or private school in South Africa 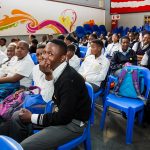 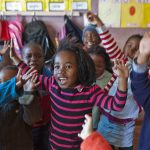 Childcare and pre-schools in South Africa 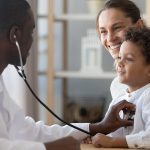