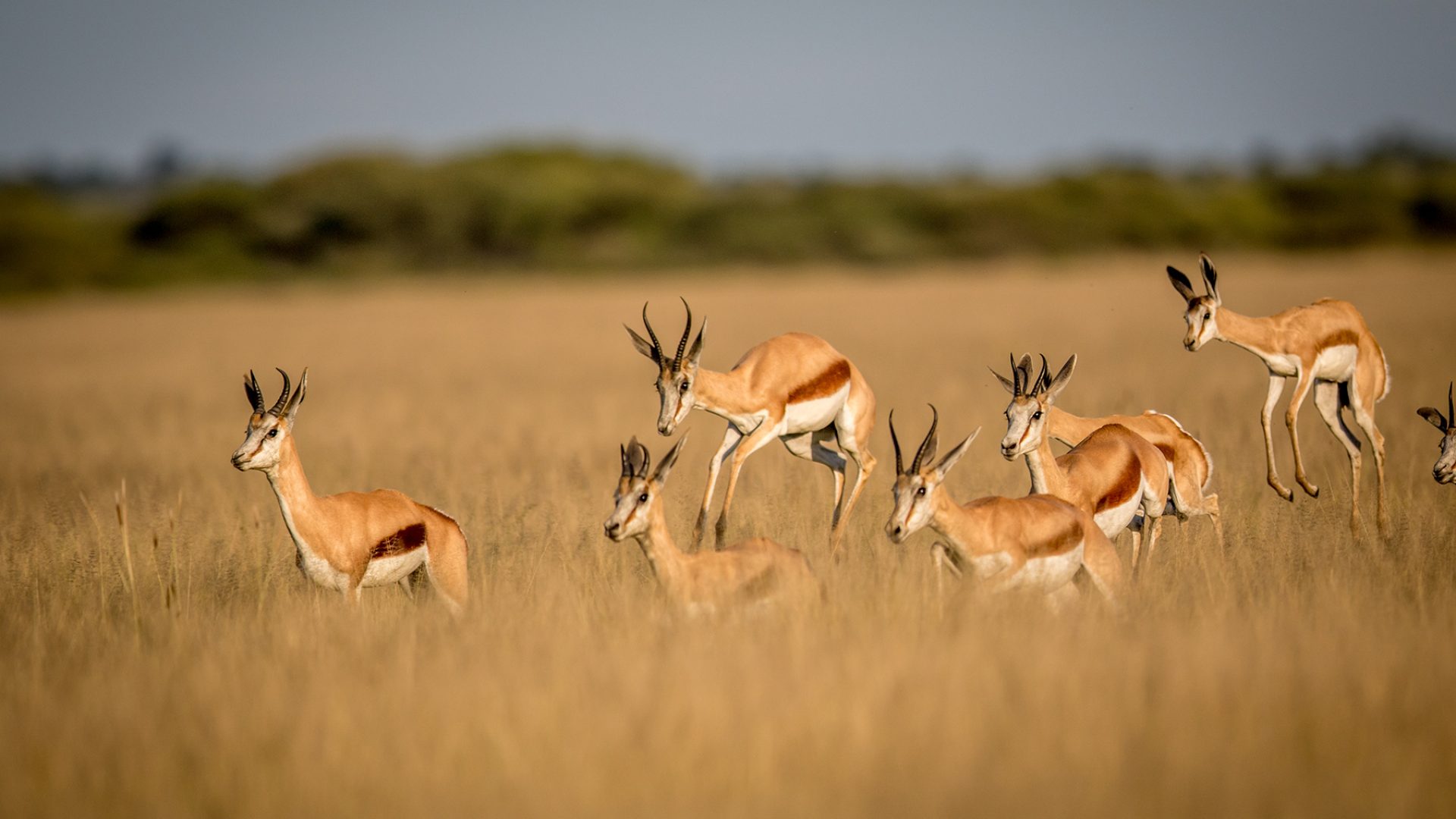 How many South African facts do you know? This mix of informative and interesting facts will test your knowledge on South Africa.

1. The Bloukrans Bridge, Western Cape, is the highest commercial natural bungee jump in the world.

The 216m (709ft) jump off the Bloukrans Bridge, Africa’s highest bridge, falls over the Bloukrans river valley. The world’s oldest bungee jumper, South African Mohr Keet, jumped from the bridge when he was

At birth, he was Rolihlahla Mandela. On his first day of school, his teacher gave him the name Nelson, following the custom back in the 1920s to give all children English names as English colonials ‘couldn’t’ pronounce African names. When he was 16 he was given the name of Dalibhunga (‘creator or founder of the council’) during a traditional rites of passage ceremony. South Africans commonly call him Madiba, which is the name of the Thembu clan to which he belongs, or simply Tata or Khulu, the Xhosa words for ‘father’ and ‘grandfather’.

3. Table Mountain, one of the iconic landmarks of South Africa, is one of the oldest mountains in the world

and has more than 2,200 species of plants, 70 percent of which are endemic.

Around 2,030 million years ago a meteor the size of a mountain (about 10km across) fell to earth in South Africa’s Free State making a crater 300km across; it is the oldest crater from either a comet or meteorite and the site of the largest energy release in history. In 2015, scientists claimed to have found a bigger crater (around 400km wide) underground in the Austrlian outback, although it is not visible on the earth’s

Route 62 runs between Cape Town, Constantia to Port Elizabeth, via Oudtshoorn and the Garden Route, embracing 350 years of wine making as it passes classic Cape-Dutch homesteads, green mountains, 200 cellars and miles and miles of vines.

6. South African fish migration is so huge you can see it from space.

Between May and July, millions of small silver fish travel in vast shoals from the cold waters off South Africa’s Cape Point up to the coastlines of the northern Eastern Cape and southern KwaZulu-Natal. This annual migration event is the Sardine Run. The shoals are so big – 15km long, 3.5km wide and up to 40m deep – they can be seen by satellite. In their wake come hundreds of birds, sharks, whales, dolphins, all eager to

Fossilized bones from hominids dating back between 4.5 and 2.5 million years were found in limestone caves some 50km northwest of Johannesburg. In the Sterkfontein Caves, there was also evidence that humans used stone tools two million years ago and made fire 1.8 million years ago.

9. The aboriginal people of South Africa are the San and the Khoi.

The hunter-gather Sans and pastoral Khoi together become known as the KhoiSan and lived in what is now the Western Cape around 300AD. Zulu and Xhosa tribes established large kingdoms in the region in the 15th century.

10. There are around 3,000 shipwrecks off the coast of South Africa.

The 3,000km of coastline, including the infamous Cape of Good Hope and the coastline of the Eastern Cape, have been claiming seafaring victims for centuries. South African law now protects all shipwrecks.

11. The Dutch and the British fought over South Africa.

The first Europeans settlers were Dutch traders on the Europe-Far East spice route who founded Cape Colony (now Cape Town) in 1652. The British seized Cape Colony in 1795 and a few years later the Dutch farmers (boers) fled north to claim lands and establish the Orange Free State and the Transvaal. At the end of the 19th century and beginning of the 20th, the British fought two wars with the Boers and one with the Zulus for control of the region. British victories resulted in the formation of the Union of South Africa in 1910. South Africa became a ‘sovereign independent state’ and part of the British Commonwealth in 1934. After it became a republic in 1961, South Africa’s official name became the Republic of South Africa.

12. For nearly 50 years, there was a state of apartheid – white minority rule – in South Africa.

When the Afrikaaner Nationalist Party came to power in 1948 their policy of apartheid (separateness) segregated blacks and whites, forced hundreds of thousands of people to resettle in black ‘homelands’, and imprisoned, killed or sent opponents into exile. The African National Congress (ANC) fought against apartheid initially through civil disobedience but after the 1960 Sharpeville massacre (when police killed 70 protesters), it formed a military wing under Nelson Mandela. Eventually, after decades of international sanctions and boycotts, opposition from the ANC and public uprisings, the South African apartheid government agreed to repeal apartheid laws and hold democratic elections. In 1994, Nelson Mandela became the first black president of South Africa; 27 April is now Freedom Day.

13. The South African flag was used for the first time on Freedom Day 1994.

The V-shape symbolizes the coming together of the different elements in South African society and moving ahead in unity.

14. The national animal of South Africa is the Springbok, the only southern African gazelle.

You can spot them on open bush and grassland by water. The Springbok is also the emblem and nickname of the South African national rugby team.

15. There are 11 official languages, each with equal status, in South Africa

isiZulu (the most commonly spoken), Afrikaans, isiXhosa (2nd most common), siSwati, Sesotho, Xitsonga, Sepedi, isiNdebele, Setswana, Tshivenda­, and English, which is the language of business, politics and the media. There is also a large number of other, non-official languages. Most Africans speak more than one language.

the other 20% is Hindu, Muslim, Buddhist, or other religions.

17. In 2006, South Africa became the first African country and the fifth country in the world to recognize same-sex marriage.

While the rest of the African continent is fiercely homophobic, South Africa is a world leader in gay rights. Discrimination on the basis of sexual orientation became illegal in 1996. Gays have served openly in the military since 1998. Same-sex couples can marry, adopt children, and have equal access to IVF and surrogacy. However, in rural areas LGBT people still face discrimination and personal attacks.

It is the only country in the world other than England to have done so.

20. South Africa is the largest producer of platinum in the world.

In 2014 it produced 110,000kg, more than four times the amount of the next biggest producer, Russia.

21. South Africa is the Rainbow Nation.

Of South Africa’s almost 55 million population (Stats SA July 2015 estimate), around 80% is African, about 9% is white and just under 9% is mixed race. These people are the descendants of white settlers, their slaves and Africans, and they typically speak Afrikaans and English. Most of these live in the Western Cape. Additionally, some 2.5% of the population are descendants of Indian laborers who came to the country in the early 20th century.

22. The world’s largest diamond was found in the Premier Mine in Pretoria, South Africa on 25 January 1905.

The 3,106-carat stone weighed 1.33 pounds and was called the ‘Cullinan’ after the owner of the mine. It was later cut into nine large stones and about 100 smaller ones; the largest, the 530.2 carat Cullinan I or Great Star of Africa, is the world’s largest colourless cut diamond and can be seen on top of the Queen of England’s Septre with the Cross in the Tower of London. The world’s leading diamond company, De Beers, was set up in Kimberley South Africa by Cecil Rhodes in 1881. Today the company operates all over the world and sells more than a third of the world’s rough diamonds. South African diamond mines account for 9.10 percent of the world’s diamonds.

23. The world’s second largest brewing company is in South Africa.

SABMiller was founded as South African Breweries in 1895.

24. The first successful heart transplant was in a Cape Town hospital

by Dr Christiaan Barnard on 3 December 1967. Additionally, the CAT (Computed Axial Tomography) Scan, isused in hospitals to produce 3D images of the human body’s internal structures to detect disease, was developed by South African physicist Allan Cormack and British colleague Godfrey Hounsfield. They shared the Nobel Prize for Physiology and Medicine in 1979.

25. The swimming pool vacuum cleaner is a South African invention.

Hydraulic engineer Ferdinand Chauvier invented the ‘KreepyKrauly’ in 1974, which used water pressure to suck up leaves and bits of dirt from the pool.

26. South Africa is part of BRICS.

This is an acronym referring to an association of the top five main emerging world markets. Consisting of Brazil, Russia, India, China and South Africa, BRICS represents 42% of the world’s population. South Africa is also part of the G-20, an international forum for the world’s top 20 economies.

27. South Africa was once the world’s number one producer of gold

although 2014 reports ranked South Africa sixth in the world, producing around 6 percent (164.5 tonnes) of the world’s precious metal from its 35 mines. Some of this comes from the world’s deepest mine AngloGold Ashanti’s Mponeng to the southwest of Johannesburg, which operates between 2.4km to 3.9km below the earth’s surface.

29. South Africa is the only country in the world to build and then decide to dismantle the whole of its nuclear weapons program.

Former president Frederik Willem de Klerk said South Africa had built six crude atomic bombs and had started a seventh during a 15-year clandestine project, when it decided to voluntarily dismantle its arsenal in 1989.

30. South Africa has one of the world’s most luxurious trains.

Up to 72 passengers can travel in lavish wood-panelled Rovos trains; the Royal Suites occupy half a carriage and have full-sized bathrooms, separate shower, permanent double bed and two armchairs.