How to open a South African bank account | Expatica 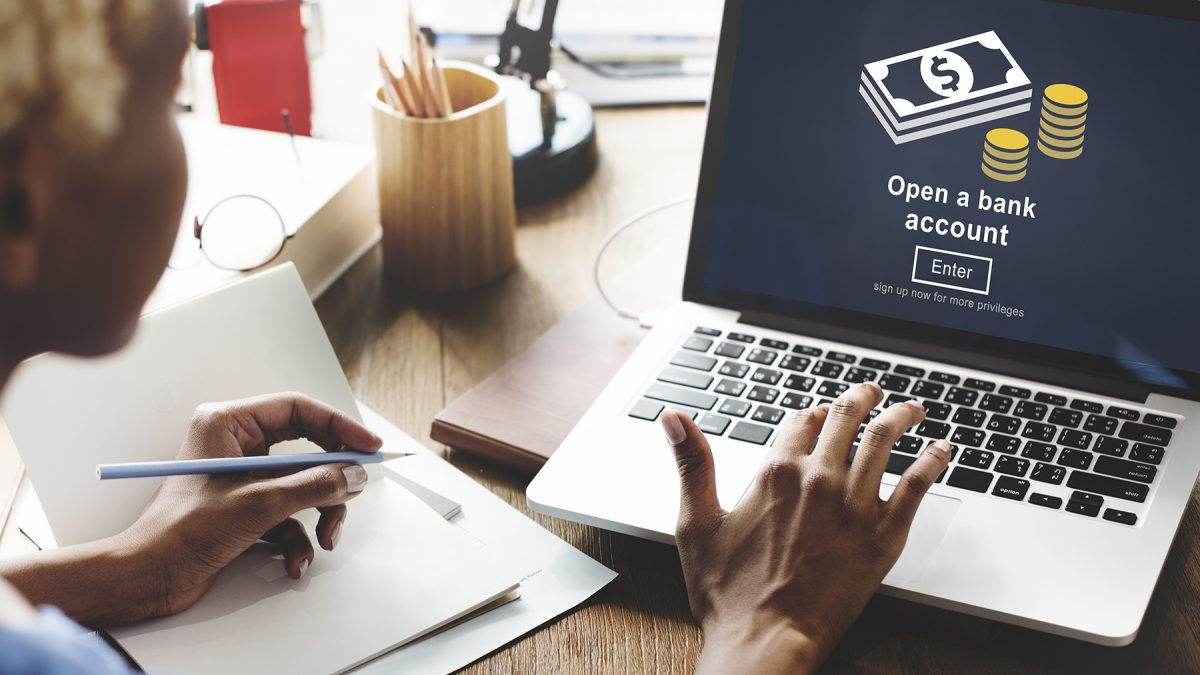 One of the important steps after moving to South Africa is opening a bank account. This is necessary for certain registrations and transactions.

In cities, there’s no shortage of banks, bureaux de change, and ATMs. South Africa’s big four banks are Absa Bank, First National, Nedbank, and Standard Bank. Card systems are generally CIRRUS and NYCE, used for both credit and debit cards in South Africa. Sometimes South African ATMs might not work or are empty; that means you can’t withdraw the maximum amount. However, this is increasingly rare, as the banking system in South Africa has greatly improved.

Most towns have branches of the major South African banks. International banks are in cities as well. Here, you can generally use all major credit cards but Visa and Mastercard are more widely accepted than American Express and Diners’ Club. In small towns, however, you may find some places only accept cash.

This guide explains banking in South Africa for expats, including topics such as:

Can a foreigner open a bank account in South Africa?

It’s possible to open a resident account while you’re still in your home country. However, this can be a complex process as you must have your application form and the relevant documents signed by a lawyer or solicitor. Find a list of banks in South Africa.

The South African banking system can seem complicated at first, with everything from large banking corporations to locally controlled banks and international bank branches dotted around the country.

The largest banks in South Africa boast a significant network of branches and offer telephone and Internet banking services. These services all allow customers to manage their accounts around the clock.

South Africa uses the Rand currency (ZAR), with money available in Rands (R) and Cents (C). Banknotes are printed in denominations of ZAR 200, ZAR 100, ZAR 50, ZAR 20 and ZAR 10 while coins come in denominations of ZAR 5, ZAR 2, ZAR 1, 50c, 20c, 10c and 5c. The South African currency’s banknotes display the country’s ‘big five’ animals – the rhinoceros, elephant, lion, buffalo and leopard – and have advanced security features such as watermarks, raised printing and a security thread to make them hard to forge. While currency of South Africa has been prone to bouts of weakness, it has recently enjoyed a period of economic strength.

The ISO 4217 currency code for the rand is ZAR, but you will also often see it simply abbreviated as ‘R’. The exchange rate is favourable for many international currencies and banking is a relatively modern institution in South Africa.

The largest sector of the South African economy is financial services. This sector has long been dominated by the country’s big four banks:

In 2017, it was reported however that a developmental bank is likely to be opened as a contender, with the aim of supporting the remaining 10% of the market currently unserved by the big four. Watch this space.

How to open a bank account in South Africa

While it’s sometimes possible to open a resident bank account in a South Africa before entering the country, it can be a more complicated process as some banks will require your application form to be signed by a notary, and possibly other requests. However, if you bank with a major international provider in your home country that has branches in South Africa (such as Barclays), it may be possible to open an account without this extra verification.

Choosing a bank in South Africa

With a wide range of accounts, it pays to shop around before committing to a bank in South Africa. The majority of banks charge account fees, and transaction and withdrawal fees apply too in many cases. Helpfully, some providers offer calculators to help you choose the right type of account for you.

Branches usually open from Monday to Friday between around 9am and 4/5pm, and on Saturday morning between 9am and 11am/12pm.

Some major banks in South Africa include the following:

If you bank with an international provider, it might also be possible to get an account in your home country that you can also use in South Africa. These options usually carry higher fees but can cut down on some inconvenience and allow you to obtain credit more easily as you’ll have a history with the lender.

See Expatica’s guide to banks in South Africa for an extensive list of banks available in the country.

Requirements to open a bank account in South Africa

The requirement documents differ depending on your choice of bank account and whether you are opening a resident or non-resident bank account in South Africa. In general, you will need to present the following documentation.

Self-employed workers can find a variety of business bank account packages in South Africa. Business accounts are available for all kinds of needs, from those designed for basic day-to-day transactions to those that include merchant devices and accountancy software. If you have a small business, some banks may allow you to upgrade your personal account to take on business payments.

As with elsewhere in the world, obtaining credit or loans can be a tricky business if you’re self-employed, with banks requiring at least three years of financial records and six months of bank account statements.

South Africa has tight controls on international money transfers, and residents cannot transfer money out of the country without prior permission, unless they’re transferring to countries in the Common Monetary Area, which includes Lesotho, Swaziland and Namibia.

Bank transfers can take up to a week, while SWIFT transfers (an international payment system used in South Africa) can usually be completed much quicker if you’re using a major bank in South Africa.

Transfer costs vary depending on commission, exchange rates and the complexity of the transfer. Some banks charge a flat fee for international transfers regardless of how much you’re sending and to where, while others can negotiate on fees if you’re transferring a large sum of money. If you want to cut out the banks, you can use a specialist currency dealer to handle the transfer, which sometimes offer benefits such as a better exchange rate or lower transfer fees.

Some of the banks with foreign exchange services include:

See our guide to international money transfers for more information.

While American Express and Diners Club cards are among the credit card options in South Africa, they are less frequently used and are accepted in fewer places than Visa and Mastercard.

It’s also possible to pay using contactless technology operated by Mastercard Tap and Go and Visa payWave. Both of these services allow you to pay for transactions worth ZAR 200 or less by tapping your card on a reader. If your transaction costs more than ZAR 200, you’ll need to enter your four-digit PIN number.

ATMs are fairly easy to locate in South Africa in cities and larger towns. Major South African banks have branches where you can withdraw cash at machines or over the counter. Cash machines charge a fee for withdrawals, and this is usually a flat amount regardless of how much you withdraw. How much you’ll pay depends on your bank; similar to elsewhere, some South African banks charge more if you use an ATM operated by a competitor.

If you’ve lost your bank card or have had it stolen, you’ll need to call a 24-hour call centre operated by your bank. You may need to pay a fee to have the card replaced if your account doesn’t come with insurance against lost cards. Replacement cards are usually sent to your home address or your local branch. While you’re waiting for your card to arrive you can access emergency cash at the bank, although this can also be subject to a charge.

You can find details of how to report a lost or stolen card at some of the major South African banks by using the links below:

Internet banking in South Africa is very common, especially among the larger South African banks. Customers are usually given an online banking username and password, as well as a four or five-digit PIN number or CSP (Customer Selected PIN). When banking online in South Africa, you can conduct a range of tasks, including checking statements, making payments and applying for products such as additional accounts or foreign currency.

Some banks have mobile banking apps, which are available for devices with iOS or Android operating systems. These are usually slimmed-down versions of full internet banking services. One of the most advanced apps is provided by Standard Bank and allows customs to log in using touch ID, or to check their balance without logging in at all.

Telephone banking services are similar to internet banking in South Africa, and allow users to key in their password or PIN to access automated services or speak to an adviser at a call centre.

Expats living in South Africa may find that opening an international offshore account is the best way to manage their finances. South African citizens can take a maximum of ZAR 10m a year offshore subject to tax clearance, or a maximum of ZAR 1m without tax clearance, although you will need to register this with the reserve bank. If you decide to move money offshore, you’ll need to use an authorized bank to make the transaction. Once you’ve transferred your money, you can convert it into your currency of choice and leave it in an account or invest it.

Alternatively, it’s possible to deposit your savings in an offshore fund, although your cash will remain in South African currency as it won’t physically leave South Africa. The minimum deposits for these funds are a lot lower than directly banking offshore and you won’t need tax clearance. If you’re considering investing your cash offshore, you should speak to a financial adviser to ensure you’re making the best use of your savings. You can read more about offshore banking in our detailed guide.

Cheques are no longer common in South Africa, having been superseded by debit and credit technology. Most places won’t accept cheques due to the increased prospect of fraud or forgeries when compared with other payment methods.

It’s possible to use direct debits to pay your bills in South Africa, and as in other countries you’re able to set up recurring or one off payments.

With nearly one in five NAEDO transactions ending up unpaid, the South African Reserve Bank has developed a new payment method called Authenticated Collections to cut down on the number of fraudulent payments. From September 2016, the debit order industry has two years to move over to the new bank system in South Africa.