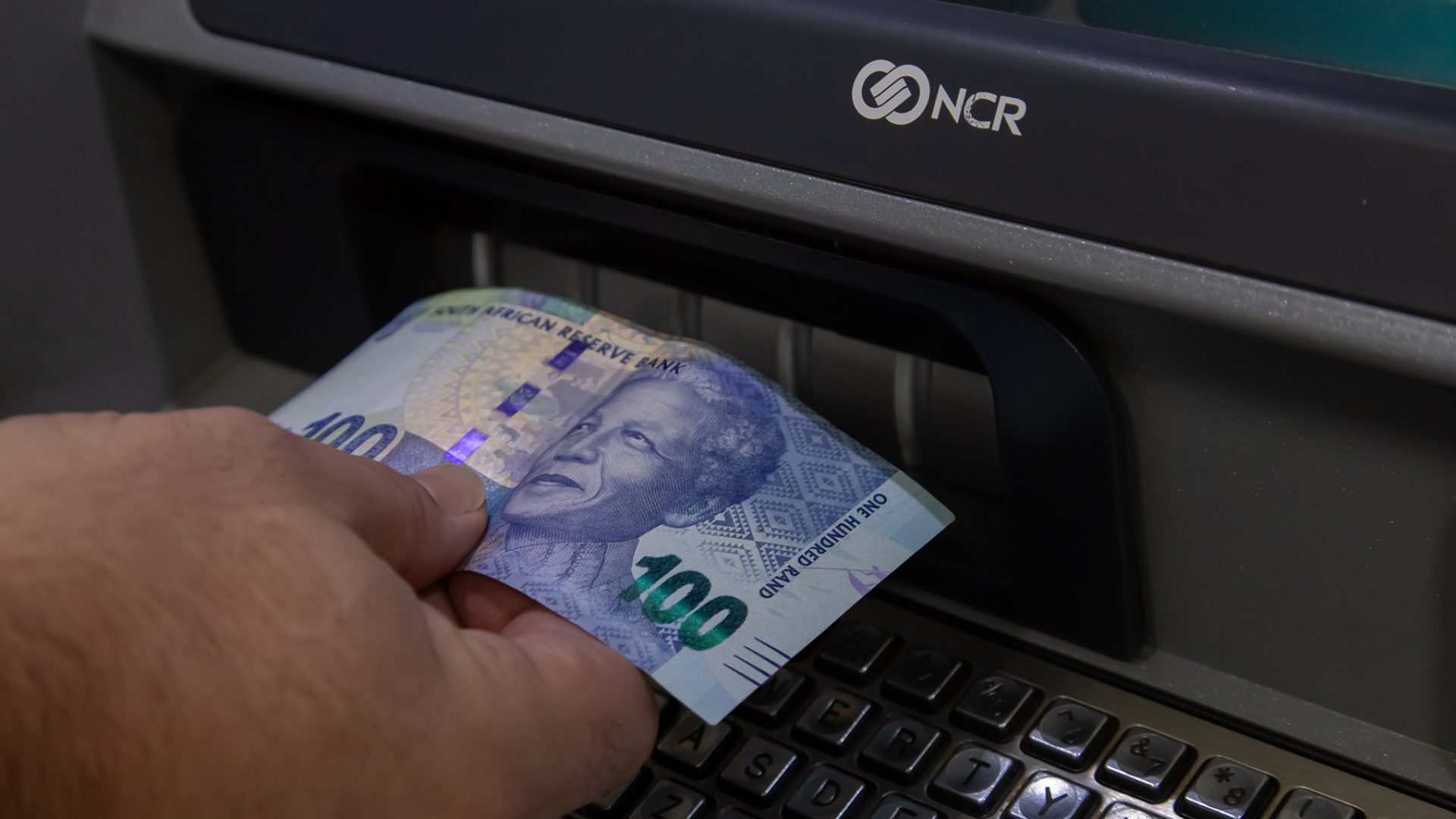 Guide to banks in South Africa When moving to South Africa, you’ll need to set up a bank account to send and receive money. Use this guide to get acquainted with banks in South Africa.

The South African banking system has its own quirks but has made significant strides in implementing new technologies in the last decade. However, the type of bank account and financial services that you’ll be able to access will depend on your South African visa. This guide to banking in South Africa includes advice on the following:

The banking system in South Africa

According to a 2019 report by Deloitte, around 80% of South Africans have a bank account, but the majority of day-to-day purchases are paid for with cash.

The South African currency’s banknotes display the country’s ‘big five’ animals – the rhinoceros, elephant, lion, buffalo and leopard. They have advanced security features such as watermarks, raised printing and a security thread to make them hard to forge.

ATMs are fairly easy to find in cities and larger towns. Major South African banks have branches where you can withdraw cash at machines or over the counter.

Cash machines charge a fee for withdrawals. This is usually a flat amount regardless of how much you withdraw. How much you’ll pay depends on your bank and the type of account you have. Some South African banks charge more if you use an ATM operated by a competitor.

National banks have branches across South Africa. Bank branches are generally open from 9am to 3:30pm Monday to Friday (sometimes up to 4–5pm), and 8:30am to 11am on Saturdays (sometimes up to 12-1pm). Some branches open on Sunday mornings, but this is rare. Banks located in airports may adjust their hours to accommodate international flights.

To open a bank account in South Africa, you’ll need to provide proof of residence, employment status, and a declaration of any assets you’ve brought into the country.

Read our Guide to opening a bank account in South Africa

It is possible to arrange a resident account while still in your home country, but this can be complicated due to the amount of paperwork involved. You’ll also need to have a notary sign your documentation.

Despite advances in banking technology, many people in South Africa continue to use cash as their main form of payment. A report by Deloitte found inadequate connectivity, high data costs, a lack of trust in alternatives, and low levels of financial literacy were among the reasons the country has yet to fully adopt digital payments.

Checks (cheques) are no longer common in South Africa, having been superseded by debit and credit technology. Most places won’t accept checks due to the increased prospect of fraud or forgeries when compared with other payment methods.

It’s also possible to pay using contactless technology operated by Mastercard Tap and Go and Visa payWave. Both of these services allow you to pay for transactions worth R500 or less by tapping your card on a reader. If your transaction costs more than R500, you’ll need to enter your PIN number.

American Express and Diners Club cards are also among the credit card options in South Africa, though they are less commonly used and are accepted in fewer places than Visa and Mastercard.

It’s possible to use direct debits to pay your bills in South Africa, and as in other countries you’re able to set up recurring or one off payments.

If you’re transferring money within South Africa, you’ll usually be able to do this through your online banking service. Some banks also allow you to transfer money via their app, though others only offer basic banking through their apps (such as checking your balance). Whether you’ll need to pay a fee when transferring money depends on which bank you and the recipient use.

South Africa has tight controls on international money transfers outside of the Common Monetary Area (CMA) that it shares with Lesotho, Swaziland, and Namibia. Residents can transfer up to R1 million a year outside the CMA without having to seek permission.

Bank transfers can take up to a week, while SWIFT transfers (an international payment system used in South Africa) can usually be completed much quicker if you’re using a major bank in South Africa.

Transfer costs vary depending on commission, exchange rates and the complexity of the transfer. Some banks charge a flat fee for international transfers regardless of how much you’re sending and to where, while others can negotiate on fees if you’re transferring a large sum of money.

Get our tips for international money transfers

If you want to cut out the banks, you can use a specialist currency dealer to handle the transfer. This way, you can sometimes benefit from a better exchange rate or lower transfer fees. For international money transfers, there are alternative solutions to banks that could prove cheaper and more convenient, such as:

There are a range of fees attached to current accounts in South Africa. The vast majority of accounts come with a monthly fee, which varies depending on the service offered.

Banks have been battling to to offer the cheapest deals on current accounts, leading to entry-level bank accounts only costing a few rand per month.

Mid-range ‘bundled’ bank accounts charge more but have lower fees for withdrawals and payments. Research by BusinessTech shows that the average monthly fee for the four biggest banks in 2021 is as follows:

Withdrawal fees when taking out R500 range from R7.50 (Standard Bank) to R11 (Nedbank). Fees for depositing R500 at ATMs vary from zero (Nedbank) to R10 (Absa). Fees for sending money to other accounts vary depending on the type of account you hold and whether the recipient is with the same bank.

Expats living in South Africa may find that opening an international offshore account is a good way to manage their finances.

If you decide to move money offshore, you’ll need to use an authorized bank to make the transaction. Once you’ve transferred your money, you can convert it into your currency of choice and leave it in an account or invest it.

Learn more in our Guide to offshore banking

Alternatively, it’s possible to deposit your savings in an offshore fund, although your cash will remain in South African currency as it won’t physically leave South Africa. The minimum deposits for these funds are a lot lower than directly banking offshore and you won’t need tax clearance.

If you’re considering investing your cash offshore, you should speak to a financial adviser to ensure you’re making the best use of your savings.

Banks in South Africa are undergoing a sustainability push at the moment, with leading banks committing to incorporate climate risk into their lending.

In May 2021, the International Finance Corp announced it would provide up to $150 million to Absa Bank to finance renewable energy and climate change projects.

Banks are competing to offer more sustainable investing and saving. Nedbank describes itself as South Africa’s ‘green bank’, while Standard Bank sold a $200 million green bond to the International Finance Corp in 2020, with the intention of funding renewable energy projects and environmentally-friendly buildings.

In April 2021, the Ombudsman for Banking Services (OBS) said it received daily complaints from consumers who had been deceived by phone calls from scammers claiming they work for their bank. In many cases, victims found it difficult or even impossible to get their money back.

The OBS says people who receive phone calls claiming to be from their bank should visit or call their nearest branch if they have any doubts about the legitimacy of the call. Standard Bank provides a list of the most common types of bank scams to be wary of.

If you’ve lost your bank card or have had it stolen, you’ll need to call a 24-hour call centre operated by your bank. You may need to pay a fee to have the card replaced if your account doesn’t come with insurance against lost cards.

Replacement cards are usually sent to your home address or your local branch. While you’re waiting for your card to arrive you can access emergency cash at the bank, although this can also be subject to a charge.

Making a complaint about banks in South Africa

If you have an issue with a South African bank, you must first contact the bank and go through its complaints procedure. When responding to your complaint in writing, the bank should provide you with a complaint reference number.

If you’re unhappy with the response or don’t receive one within 20 days, you can escalate the complaint to the Ombudsman for Banking Services. 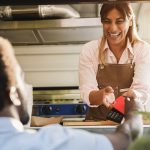 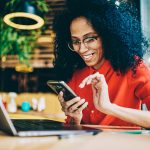