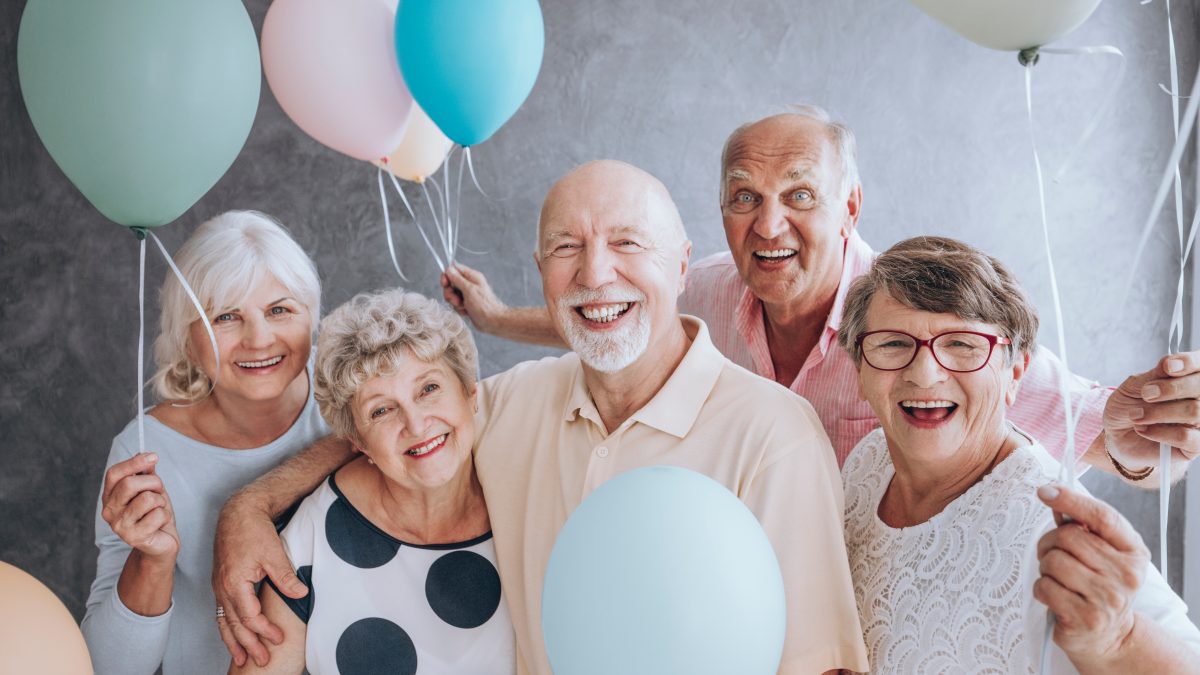 Retiring to Germany – is it the best option for you?

Home Finance Retirement Retiring to Germany – is it the best option for you?
Last update on November 06, 2019
Share

Benefits of retiring to Germany

When it came time for former US Army soldier and longtime Heidelberger George Hall to retire, there wasn’t any question he was going to stay in Germany.

“The good things about retiring in Europe? God, I can think of so many!” he laughs, then lists a few: effortless travel throughout the continent, easy access to genealogy resources (his hobby) abnd the friendly and welcoming German people. Then, of course, there was the small matter of his German wife.

Hall has lived in Germany for more than 30 years, and his life here – and the growing list of places he’s seen – reads like an advertisement for expatriate retirement. But if retiring to Germany sounds good to you, too, the first question you need to answer is, can you? Read our complete guide to retiring in Germany.

Happy for you to retire to Germany

Luckily, if you’re retired, you’ve already cleared the biggest immigration hurdle: finding a job in Germany. Since you won’t be stealing away a coveted job or depending on your salary to keep yourself, Germany is happy for you to come spend your pension here – provided you have adequate financial means and health insurance. If you’ve got that square, your next step depends on whether you’re a citizen of an EU country or a third-country national (ie. everybody else).

For European citizens moving to Germany, all they have to do – again, provided they can prove they can support themselves – is register at their local Einwohnermeldeamt. For Americans, Australians, South Africans and the like, it’s a little trickier, at least if you’re not married to a German.

Third-country nationals require a German residence permit to stay longer than three months; to stay for longer than five years, they need a German settlement permit. Getting a residence permit takes a little patience and a lot of paperwork, but, if you’ve met the big two requirements – financial self-sufficiency and adequate health insurance – it’s possible, though not guaranteed. Germany usually issues residence permits only for the purposes of employment, study or joining a family member living in Germany. Exceptions are allowed, however, at the discretion of immigration authorities.

Meeting the big two requirements gives you a good chance of getting a residence permit. Some nationalities can apply for one after arriving in Germany. But if you’re worried about your chances or can’t enter without a visa, it’s smart to apply for your residence permit at your nearest German consulate before you come.

You’ll need to meet an additional two requirements to get your settlement permit: sufficient knowledge of German, and basic knowledge of German legal and social systems. You apply for both permits at your local Auslaenderbehoerde. Read our detailed guide on how to get a residence permit in Germany.

Taxes on retiring to Germany

Now let’s take a closer look at those two big requirements, cash and health insurance. If you’re counting on your pension, the big question is: how will it be taxed?

Maybe the simplest example, he says, is a UK state pension, which is taxed by Germany but not by the UK. Likewise with a US social security pension. But other cases are more complicated, like say, a US 401K. Germany will tax all such plans, but at which rate depends on the ratio of the amount paid into the plan by the employer and employee, with a rainbow variety of results. There are also tax-beneficial schemes, such as transferring a pension into an offshore account such as QROPS.

“There are so many exceptions, depending on the country your pension comes from, and whether it’s private or governmental, that nearly every case is different,” Martin continues. Given the complexity of the tax codes involved, your best bet, Martin advises, is to consult a tax advisor who is familiar with both Germany’s and your pension-paying country’s laws. Read more about taxes in Germany.

Healthcare for retiring to Germany

Health insurance is maybe the biggest stumbling block for expat retirees. Government health care plans such as Medicare generally don’t cover extended residency abroad, and neither do some private plans. For retired American service members the drawdown of forces in Europe is closing American military hospitals throughout the country, and not all German physicians accept military health insurance plans.

Still, good health care options for retired expats are out there. “A UK state pensioner is entitled to state health care in Germany on the same terms as an insured German resident,” says Matt Laddin, of the UK’s Department of Health, although this may change after the UK’s exit from the EU. Laddin explains further, “They must have a UK-issued Form E121, which they must register with the German health authorities. The E121 is issued by the Department for Work & Pensions.”

There are also plenty of private insurers that offer health plans for expatriates, and given retired expatriates’ unique circumstances, these may be their best option. A simple internet search using the term expatriate health insurance can turn up a number of reputable providers. Finding the right plan isn’t easy, but an insurance consultant can help you choose the plan that best fits your needs. Read more on how to choose the best expat health insurance.

Challenges for retiring to Germany

Finances and health insurance are the most important things to consider, but they’re just the first of many challenges expatriates face. Do you plan on driving in Germany? Then you’ve got a German driver’s licence and car insurance to figure out.

Then there’s finding a place to live, deciding to rent or buy German property, registering with Germany’s broadcast authorities to get a German television licence and the hundreds of other things that come with a move, each made more complicated in Germany for being foreign. Read about the first 10 things to do in Germany after you move.

If dealing with all the aspects of relocating to Germany sounds like more than you can handle, it’s possible to hire a relocation assistant.

Questioning your motives for retiring to Germany

So far, so good? But how sure are you that you will enjoy retiring to Germany? What happens when the magic of living abroad wears off; or yields to reality, which, in Germany, often crystallizes during your first visit to the immigration authorities?

“The most critical thing when deciding whether to retire abroad is figuring out why you want to,” says John Borden, an American counsellor with an interest in the expatriate adjustment process.

If Germany is home to you already, or where your family is, the answer is easy. But what if you’re retiring abroad for the adventure of it? Or for a new beginning?

“A lot of good things can come from a move abroad,” Borden says, adding, “but it’s important to be realistic about what you expect to gain before taking the first step.” Borden continues, “The potential downside to a life change like this is predictable: loneliness and culture stress, when the novelty wears off.

“So planning for the way home – having an exit strategy – in case it doesn’t work out, should always be a part of the plan to leave home. Living there for six months before deciding to settle is maybe the best way to experience the reality of the move without a huge commitment of time or money.”

Arranging a will for retiring to Germany

If retiring to Germany is hard, dying here may be even harder. Executing your will, like nearly all legal matters, is complicated by foreign residency. And if you don’t have one – and maybe a German one, too – a good chunk of junior’s inheritance could wind up as someone else’s Kindergeld.

“Once you’re regarded as having established domicile in Germany, you’ll be subject to the German inheritance tax on your worldwide assets,” explains Greg Schmidt, an American lawyer practicing in Frankfurt.

“The German inheritance tax rates for estates that pass to immediate family members currently are much lower than the US estate tax rates, for example, but the German exemption amount is also much lower, so that an estate that would not be taxed in the US might be taxed in Germany.

“For this reason it is very important for anyone who is planning to move to or retire in Germany to seek estate planning advice that takes both German inheritance taxes and their home country’s estate taxes into consideration.”

Also, even though Germany generally defers to the law of the deceased resident’s country of citizenship, Schmidt continues, “nevertheless, it would be prudent for a foreign citizen residing in Germany to have his will reviewed by a German attorney to make sure that it suffices under German law. In some cases (eg., real estate in both countries) it might even make sense to have two wills.”

Is retiring to Germany for you?

In the end, Hall believes, bureaucracy is one thing, but a good expatriate experience comes down to people.

And the best way to get to know Germans, he says, is to ‘join one of the German Vereine (German clubs or groups)’. “I belong to fish and game, which is really nice. And there’s the wandering clubs. If you’re looking for contact, it’s the best thing to do,” Hall says. 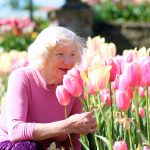 Pension transfers for UK expats: how to make QROPS work for you

Pensions in Germany: a guide to the German pension system 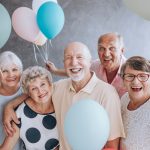 A guide to retiring in Germany