Paths to citizenship in Germany

Are you an expat living in Germany? Find out all about the different routes to German citizenship and how to become a citizen of Germany.

German citizenship means you’ll be able to live in Germany indefinitely. This will give you the right to vote, consular protection, free movement and unrestricted access to the German jobs market. For foreigners in Germany, nationality offers much more stability.

The good news is that expats can usually apply for German citizenship after a certain number of years of residence. However, if you’re only just moving to Germany, you may need a visa and temporary residence permit.

Read on to find out more about the following:

Schlun & Elseven are a well-established law firm offering clear and professional legal advice for expats moving to Germany. Whether you're an entrepreneur or a young family, their full-service immigration team can provide dedicated assistance for every step of your relocation to Germany.

The German Federal Office of Administration (Bundesverwaltungsamt – BVA), part of the German Ministry of the Interior and Community, (Bundesministerium des Innern und für Heimat – BMI), is in charge of citizenship in Germany. The process of becoming a German citizen is notoriously bureaucratic; there tends to be a lot of paperwork and it can be quite complicated.

That being said, there are a lot of expat citizens living in Germany. According to Destasis, there were 109,880 new grants of citizenship in Germany in 2020.

Read all about German visas and work permits

In addition to being able to vote, consular protection, and unrestricted access to the job market, German citizens also have to take on certain responsibilities.

These include integrating into German society and obeying all German laws. You may also have to serve in the German military in certain situations.

There are three main ways to get German citizenship:

Citizenship by birth in Germany

If you’re born in Germany, you will often automatically get German citizenship. This is by right of soil.

If neither parent is German, there are some important additional requirements for children born from 1 January 2000. The child can only get German citizenship if, at the time of birth, at least one parent:

Children born in Germany to foreign parents before 1 January 2000 do not automatically qualify for German citizenship.

How to apply for citizenship by birth in Germany

In general, you don’t need to apply for citizenship by birth. You will automatically acquire this citizenship and the German authorities will normally contact you when you reach the age of 18 to see if you wish to retain your German citizenship. If you feel that you are a German citizen by birth but haven’t received your citizenship, you can contact the BVA, your local immigration office or the embassy of your home country in Germany.

Citizenship by descent in Germany

Citizenship by descent refers to the by right of blood circumstance.

However, if a child is born outside of Germany to a German parent, who was also born abroad after 1 January 2000 and hasn’t returned to Germany, then the child can’t be a German citizen by descent. The only way around this issue is to register the birth with a German embassy or consulate within one year. It’s also possible to get around this ruling if denying German citizenship would mean the child is stateless.

Any child born to one foreign parent and one German parent, or to a parent holding German dual nationality, will get citizenship of all their parents’ nationalities. However, this is only temporary. When the child reaches 18 years old, he or she has five years to choose between German citizenship by descent, or the nationality of the parents.

If a child has a German father who is not married to the mother, acknowledgement or legal establishment of paternity is required before the child turns 23 in order to claim German citizenship.

How to apply for citizenship by descent in Germany

You can apply for German citizenship by descent through the BVA or the German embassy or consulate in your home country. You will need to have all the evidence relating to your claim, for example birth certificates and proof of German citizenship of at least one parent. There is no fee for this application.

Getting citizenship by naturalization/residence in Germany

Most expats will need to apply for German citizenship by naturalization.

There are many requirements you’ll have to fulfill before you can apply. They include:

If you are required to prove your German language skills, you can attend a full integration course and obtain the DTZ certificate (German test for immigrants).

How to apply for citizenship through naturalization/residence

If you meet all of the requirements listed above, you can then apply for citizenship. Parents and legal guardians should apply for children aged under 16.

You can get an application form from your local immigration office (Ausländerbehörde), city council, regional district office, or town council. The application costs €255 for adults and €51 for children under 16 who apply along with their parent. Fees may be reduced or completely waived in certain special cases.

In addition to the form, you’ll need to supply the following documents to prove that you meet the naturalization requirements:

When you have collected all completed documents, you need to submit your application to the office which originally issued the application form. The processing time for citizenship applications is quite lengthy and can take up to two years.

Getting German citizenship by marriage

Marrying a German citizen doesn’t automatically entitle you to a German nationality. There are additional requirements you’ll have to meet – you must have been married for at least two years, and been a legal resident in Germany for at least three years to qualify.

Learn more details about getting married in Germany

Citizenship as a refugee in Germany

For anyone living in Germany as a refugee, the process of applying for German citizenship by naturalization also applies. The same conditions must be met, and refugees must also give up their home country citizenship.

Help refugees in Germany and worldwide

In certain circumstances, refugees in Germany applying for citizenship may be able to get a reduction or waiver on the application fees.

In order to apply for citizenship, you’ll need to pass the German citizenship test. The test lasts for one hour and consists of 33 multiple choice questions on different topics, including 30 questions split into three topic areas: “Living in a democracy,” “History and responsibility,” and “People and society”. There are also three additional questions relating to the federal state where the applicant lives.

You have to answer at least 17 questions correctly to pass the test, and you can re-sit the test if you don’t pass. If you pass, you get a certificate to present to the naturalization authorities.

The German citizenship test itself costs €25. However, you’ll have to pay a further €25 to get the certificate you need for your application. The local immigration office in your area can tell you where your nearest test centre is so you can register. You need to bring a form of ID on the test day.

There’s a free online testing resource (in German) to help people practice for the test. Furthermore, some Federal Länder offer naturalization courses to help you prepare.

A few people are exempt from taking the citizenship test. These include:

You might want to get a German passport (Deutscher Reisepass) once you have your German citizenship. To apply, you’ll need to make an appointment at the citizens’ office (bürgeramt) in your municipality, and must attend in person as your fingerprints will be taken for a biometric passport.

You’ll need to provide the original and one photocopy of the following:

As of 2012, all children must also have their own passports, which parents must apply for.

It usually takes three to six weeks to receive your new passport.

Most people have to give up their nationality in order to get German citizenship. However, certain people can hold two citizenships:

If you hold German dual citizenship, you are still viewed as a German citizen, and have the same rights as any German citizen while you are living in Germany. However, if you choose to live in the country of your other citizenship you will lose your right to claim German consular protection and can only claim the services of the other country.

You cannot give up your German citizenship if you are still employed in a public service position in Germany.

Other reasons that can lead to loss of citizenship in Germany are:

You can reapply for naturalization if you lose your German citizenship. The process will be the same, and you will have to give up all previous citizenships.

Citizenship appeals and complaints in Germany

If your citizenship application in Germany is turned down or if you have a complaint about the way your application or query has been handled, you can complain to the BVA. You should do this within one month of receiving your decision.

If you are unhappy with the outcome of your appeal, you can take it to the administrative courts in Germany within one month of receiving the decision. 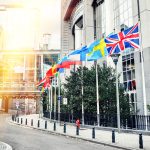 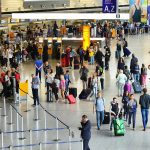