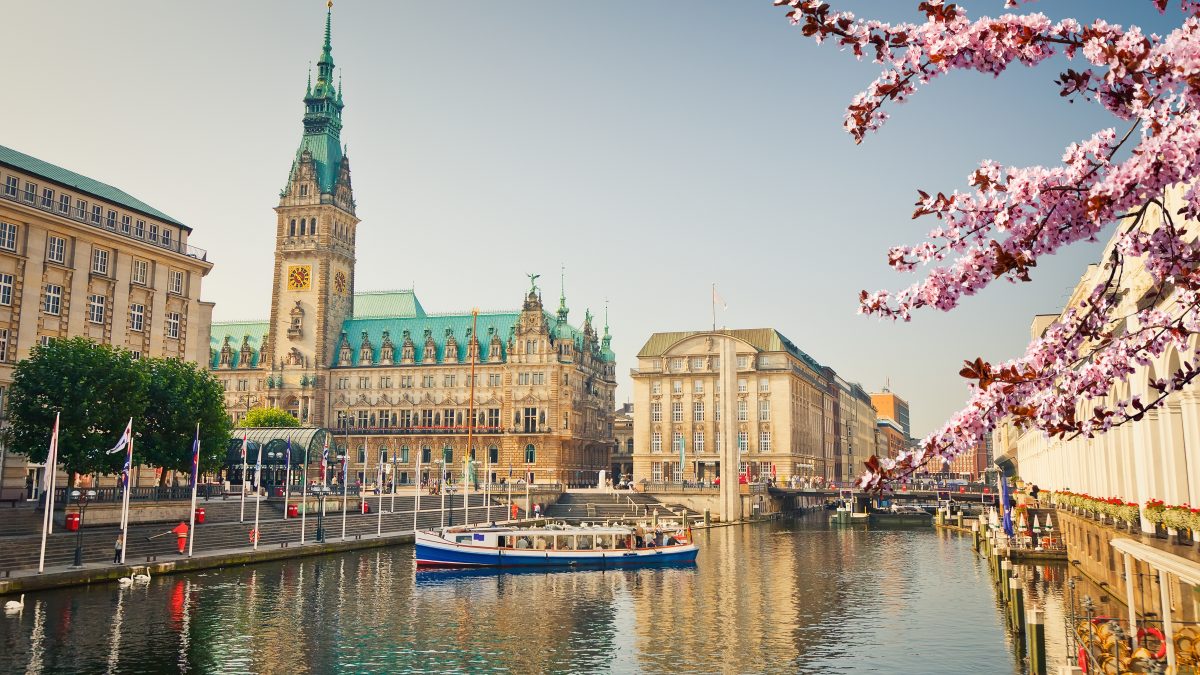 Hamburg, the city where the Beatles grew up

Home Out & About Excursions Hamburg, the city where the Beatles grew up
Last update on January 07, 2020
Written by Simon Sturdee
Share

A new museum chronicling the Beatles’ time in the German port city adds depth to the iconic band’s history.

There were five of them, not four, and they weren’t that fab yet, when in 1960 an obscure English band called the Beatles arrived in Hamburg.

Now, 49 years after their arrival in August, the German port city is claiming its place in the history of what became the world’s most successful pop group with a new museum — called Beatlemania.

The English city of Liverpool where they came from was also a port with a rough side, but Hamburg’s infamous red light district set new standards in seediness that were enough to make all but the toughest docker blush.

The band, hired by a club owner with a limp called Bruno Koschmider, were on contract to entertain guests in a moth-eaten strip joint known as the Indra.

Horst Fascher, the former boxer who would later get the Beatles to play the nearby Star Club, said he saw them on their second night with a large group of friends, and to his disgust found them playing skiffle – a type of folk music with jazz, blues and country influences.

“After half an hour I said to my friends, let’s go back to the Kaiserkeller for some rock’n’roll,” he said, adding with a knowing wink: “But the girls, they didn’t come … The girls said ‘they look good’.”

And the Beatles soon got a lot better, belting out rock’n’roll covers and increasing their stamina with the help of German lager and drugs.

“We really had to hammer,” Lennon recalled later. “We had to try anything that came into our heads. We played what we liked best, and the Germans liked it as long as it was loud.”

Working so hard — the record was 98 nights in a row — is widely credited with creating the foundations for their prodigious talent that would later make them world-famous.

Off-stage, life in Hamburg was also a highly formative experience for the Beatles, with the area where they played and lived offering the teenagers — all were under 20 in August 1960 — a world of opportunities.

“They stank of sweat, and sometimes from old sweat from the day before,” Fascher said. “I took their underwear and gave it to my mum to boil-wash.”

Having girlfriends back home didn’t stop the band taking advantage of the many female admirers who threw themselves at the English boys playing the funny music, although their cramped living conditions meant privacy was at a premium.

Harrison, just 17 when he first arrived in Hamburg, is reputed to have lost his virginity there, with McCartney, Lennon and Best clapping and cheering when it was over.

During one of their spells in Germany, the Beatles played a show with another English band — Rory Storm and the Hurricanes — whose beat was kept by a certain man by the name of Ringo Starr.

After that show, Pete Best’s days as the band’s drummer were numbered. Back in England soon afterwards, he would be unceremoniously booted out the band.

“When there were the four of us with Ringo, it always felt rockin’,” Harrison is quoted as saying.

The Hamburg period is also tinged with tragedy because it was also where Sutcliffe, another “fifth Beatle,” died in April 1962 from a cerebral haemorrhage, just before their inaugural concert at the Star Club.

The band played in the Indra and three other clubs, the Kaiserkeller, the Top Ten Club and the Star Club, in five separate periods between 1960 and 1962. All the clubs were located in the same Reeperbahn district still full of sex shops to this day.

Today, only the Indra and the Kaiserkeller are still concert values. The Star Club, which was also played by Jimi Hendrix, is gone and the Top Ten, although a club, is unrecognisable.

The building which housed the Bambi is still there but it is no longer a cinema. A small sign informs passers-by of its famous former residents.

Until recently, this was practically the only sign in Hamburg that the Beatles had ever been in the city apart from the re-naming of a square as Beatles-Platz with some abstract statues of the band including Sutcliffe.

The new museum, which opened last month, is meant to change all that.

Set out over five floors, it tells the story of the band from Hamburg to their break-up, with interactive exhibits like a mock-up of the legendary Abbey Road studios where visitors can record themselves singing.

There are also hundreds of photos, including some rare ones from their Hamburg period, as well as artefacts ranging from a postcard from Starr back home to memorabilia from the height of their fame.

Sticking out of the front of the building is a huge, inflatable yellow submarine, and downstairs there is a fish and chip shop — the height of Englishness for Germans. The name? “John & Paul’s.”

“This museum reminds me of the old days and sometimes it hurts,” Fascher said. “I had a good time, I was a lucky man.”

The Rhine River – raging with history