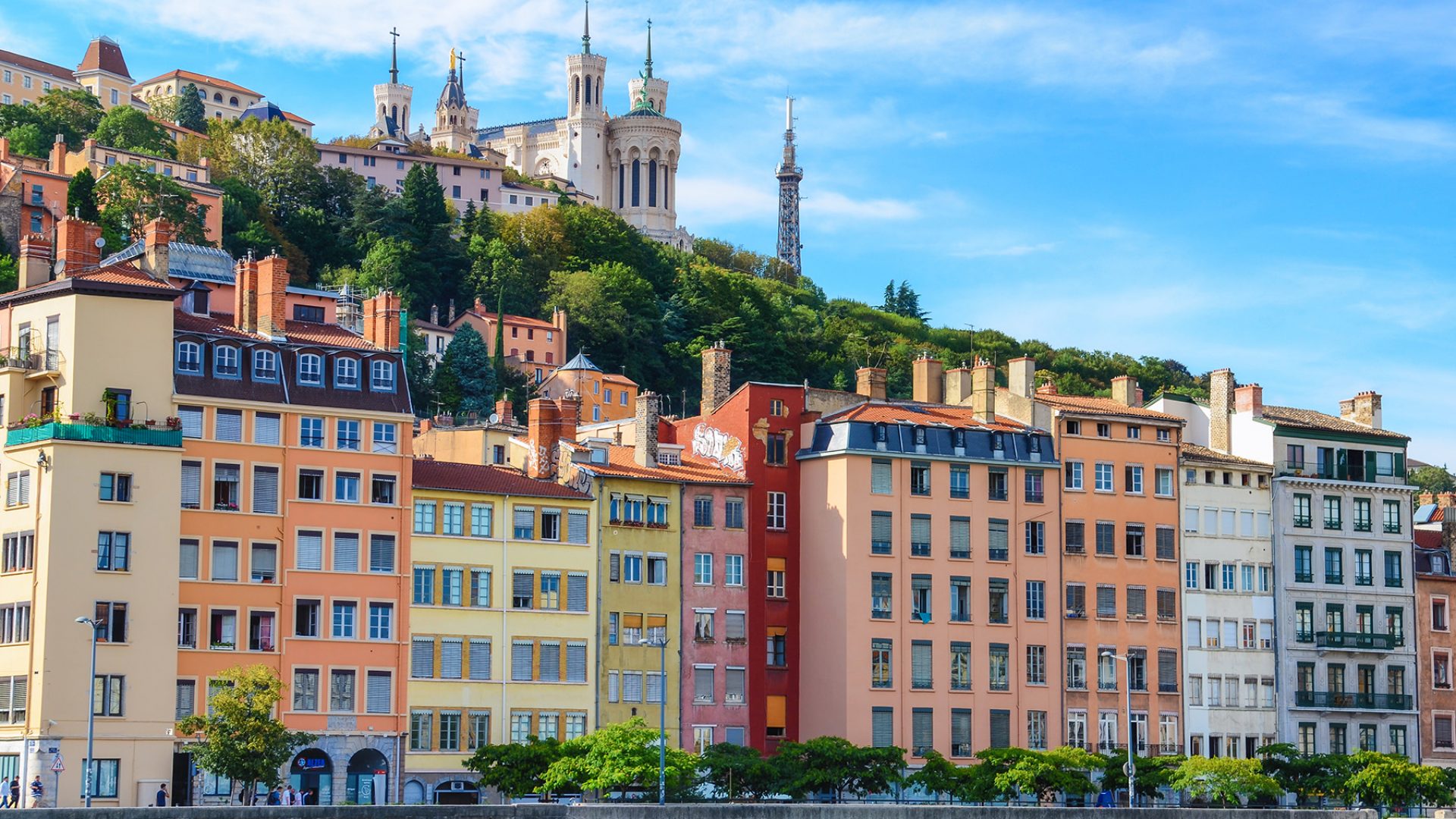 Cost of living in France: how much does it cost?

Home Moving to France About France Cost of living in France: how much does it cost?
Last update on June 07, 2021
Share

How much does it cost to live in France? Add up the numbers to see if France’s cost of living is affordable for you and your family.

The cost of living in France is higher than in neighboring western European countries; however, Paris is one of the main reasons for this. The rest of the country, particularly the countryside and the south of France, has a lower cost of living.

You can get a basic overview of the cost of living in France in this guide. It includes food, housing, healthcare, education, transportation, and more.

This guide to the cost of living in France covers:

Cost of living in France

If you think the high costs of living in France, particularly in major cities, is too much to handle, keep in mind that France also boasts one of the highest standards of living in the world. It ranks above average in work-life balance according to the OECD.

There is also a generally strong sense of community. French people tend to be more civically engaged, meaning they truly care about what happens in their country. This could be because they have more of a stake in it financially, as a country with an extensive French social security system, but it is still a point in France’s favor.

Cost of living in Paris

Paris attracts expats for a number of reasons: some want to live the romanticized ideal of Paris, while others head there for the better variety of jobs in Paris, where many international companies are located.

The estimated cost of living in Paris is:

Cost of living in Lyon

Lyon is the third-largest city in France, and it’s a gourmet haven. It is an excellent city for living and working as a hub for banking as well as pharmaceuticals, software, and other industries, attracting many expats who work in those fields but also increasing Lyon’s cost of living.

Lyon is the only other French city to rank on Mercer’s cost of living report, ranked as the world’s 105th in 2018.

The cost of living in Lyon is:

Cost of living in Marseille

Marseille is one of the most international cities in France, and the number of expats living there supports the claim. Being a port city, it is perfect for international business as well as enjoying the relaxed lifestyle of a coastal resort city.

Needless to say, the sandy beaches are an attraction for many expats. Compared to Paris’s living costs, the cost of living in Marseille is more affordable.

The cost of living in Marseille is:

Cost of housing in France

French housing is notoriously expensive if you go for the typical metropolitan apartment. Residents can spend up to 50% of monthly salary on rent alone in cities such as Paris and Lyon. When you go from a one-bedroom place to one with multiple bedrooms, the prices skyrocket even more. Residents can reduce their cost of living in Paris, however, by moving to a less metropolitan area or living in the Parisian suburbs.

Cost of utilities and internet in France

Paris has basic utility costs similar to the rest of Europe, totaling an average of around €160 a month for an apartment of 85 square meters. Basic utilities in this case refer to water, heating, electricity, and garbage collection.

In smaller cities in the south of France, utility bills can be much cheaper thanks to the clement weather all year round. Read more in our guide to utilities in France.

The cost of internet in France is also relative, with basic packages starting from around €20–€30 per month. If you have a television, you will also need to account for the cost of an annual television license (€139). Read more in our guide to telephone, internet, and television in France.

Cost of public transport in France

Though the cost of living in Paris is higher than that of rural France, one of the benefits of living in a well-developed, metropolitan city is the extensive public transport system in France. Expats living in Paris, and most other major cities in France, will find they won’t need a car at all.

Metro systems and other public transportation in French cities are quite good and not particularly expensive; for example, a one-way ticket in Paris is about €1.90, and a monthly pass is around €75, but there are different discounts on offer. On top of that, some employers pay subsidies for transport costs if you use public transportation to get to and from work. Read more about trains, metro, buses, and taxis in France.

In rural areas, public transport is not as well developed. Many expats living in the countryside tend to have their own car, with fuel costing around €1.60 a liter.

The cost of taxis varies around France. If you take a taxi in Paris or Marseille, for example, the fee will start at €5 and increase by about €1.30 per kilometer. Elsewhere the starting tariff is cheaper at around €2.50, and then increases €1.80 per kilometer. To work out taxi fares for your journey in France, you can use an online taxi fare calculator.

Cost of groceries in France

There are many factors affecting grocery spending. Buying from specialty shops instead of bigger chains or French supermarkets will increase the cost of living in France.

However, as a general rule, you should budget at least around €220–€290 a month per person for groceries in France.

Cost of education in France

Something that France does extremely well is public education. Every child from the ages of six to 16 must go to school, and the state pays for everything except some school supplies and field trips. The French education system is rigorous and strict, but that can work well for many children.

However, public schools in France are not typically bilingual. Parents looking for international schools in France will thus have to calculate a higher cost of living in France, although some employers cover education costs in expat relocation packages.

If parents opt for an international school in France, their children can be taught in a familiar language and follow a curriculum similar to their home country. French private schools are sometimes partially funded by the state, and thus may follow the French curriculum; schools that are not subsidized are free to follow their own curricula.

The cost of annual school fees vary considerably but start around €2,250 per year. Read more in our guide to education in France and the difference between state, private, bilingual and international schools in France.

Universities in France, if they are state universities, are very reasonably priced, especially compared to the tuition you would pay in the US or UK. Also, international students do not necessarily have to pay higher fees. For a French equivalent of a bachelor’s degree, annual fees can be less than €200. At a private university, you can expect to pay between €3,000 and €10,000 a year.

Cost of healthcare in France

One positive aspect of the cost of living in France is subsidized healthcare. Thanks to some recent changes, everyone living in France for longer than three months is eligible for state health insurance, including foreigners. This insurance, PUMA, is funded by French social security system, meaning about 8% of most employees’ pay packets go towards it, with another 13% paid by the employers.

Cost of childcare in France

Crèches are typically the first point for people looking for childcare in France. These are childcare centers that are usually about 80% funded by the state. The state-funded crèches fill up quickly, however, as they are in high demand.

You can also find private daycare centers, although they are not funded and will push up your cost of living in France. Once a child is two years old, they are eligible for free nursery schooling up to the age of six.

To help with the cost of living in France, parents get child benefits. For two children, you receive €120 per month. For three children, the benefit increases to €275 and increases another €155 for each additional child. Read more in our guide to childcare in France.

Cost of dining out in France

France is synonymous with amazing cuisine. Some of the best chefs in the world are French or were trained in France, and the diversity of places you can go to eat is amazing (not to mention the array of delicious foods in France).

Eating at the top restaurants is obviously more expensive, but you can easily find excellent food quality at much lower prices, even in local French markets which are common in France. A fresh baguette costs less than €2 and sandwiches in a café range from around €6–€8.

A meal for two at a good restaurant generally costs around €50, which includes three courses. As an international comparison, a McDonald’s meal costs about €8. A cappuccino in Paris costs about €3.50, and a half-liter of domestic or imported beer will be about €6.

Cost of taxes in France

France has several kinds of taxes (such as French inheritance tax and corporate tax in France), but income tax is generally the most important one. In France, income tax is not taken out of employees’ salaries, so everyone has to fill out a French tax return and have the money available no matter what.

France has some rules regarding dual taxation to reduce tax costs for foreigners. Read more in our guide to taxes in France.

Cost of social security and pensions in France

In order for everyone to enjoy the benefits the French state provides, social security is mandatory for all workers in France. Employers generally take care of this for you, taking out about 1% of your salary to put towards social security, while paying out around 13% themselves.

There are special types of social security for certain categories; for example, self-employed, unemployed, civil servant, and agricultural workers all get different benefits. Read more in our guide to French social security.

Anyone paying into the French social security system is entitled to an old-age pension when they retire. The minimum legal age for retirement is 62, but most don’t retire until age 65 or older. How much pension you get depends on how much you earned in your 25 highest-income years. Read more about your benefits in our guide to the French pension system.

For economic indicators of prices, such as inflation and tax news, see the INSEE (National Institute of Statistics and Economic Studies) website.